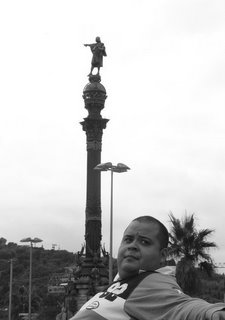 C. Adán Cabrera is the queer son of Salvadoran refugees. Among other publication credits, Carlos’s writing has appeared in Westwind, has been anthologized in From Macho to Mariposa: New Gay Latino Fiction, and his author interviews have appeared in Switchback. While living in San Francisco, Carlos was also a member of the 2010 Intergenerational Writers’ Lab and wrote for the bilingual newspaper El Tecolote. Besides translating Salvadoran folktales, Carlos volunteers with Inside OUT Writers and is a regular contributor to the online magazine Being Latino. He holds an MFA in short fiction from the University of San Francisco and a bachelor’s degree in English from UCLA. Carlos currently lives in Los Angeles where he is hard at work on his first book, Tortillas y Sal, a bilingual collection of short stories about El Salvador and the many faces of the Salvadoran diaspora.