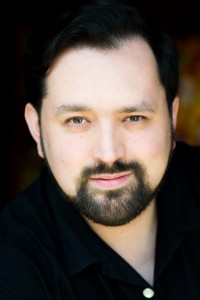 Baruch Porras Hernandez is currently working on three full length plays, and a solo play. His solo play currently titled ¡Agárrate! is being developed for production by a grant from the San Francisco Arts Commission for Individual Theatre Artists. His last solo play When I Was a Color Kid debuted at Marga Gomez’s PERFORMERAMA at Oasis SF-2015. His first solo show Reasons to Stay On The Ground was performed at the National Queer Arts Festival in 2010. His first children’s play Rosita y La Llorona was produced by Sonoma State University in 2003. His ten-page play, Apex of Friendzone was recently published by The Santa Ana River Review. He has a B.A. in Theatre Arts from Sonoma State University and is a Lambda Literary Fellow in Poetry-2014. Mr. Porras Hernandez’s poetry can be found in several anthologies and regularly hosts poetry shows in San Francisco where he lives.