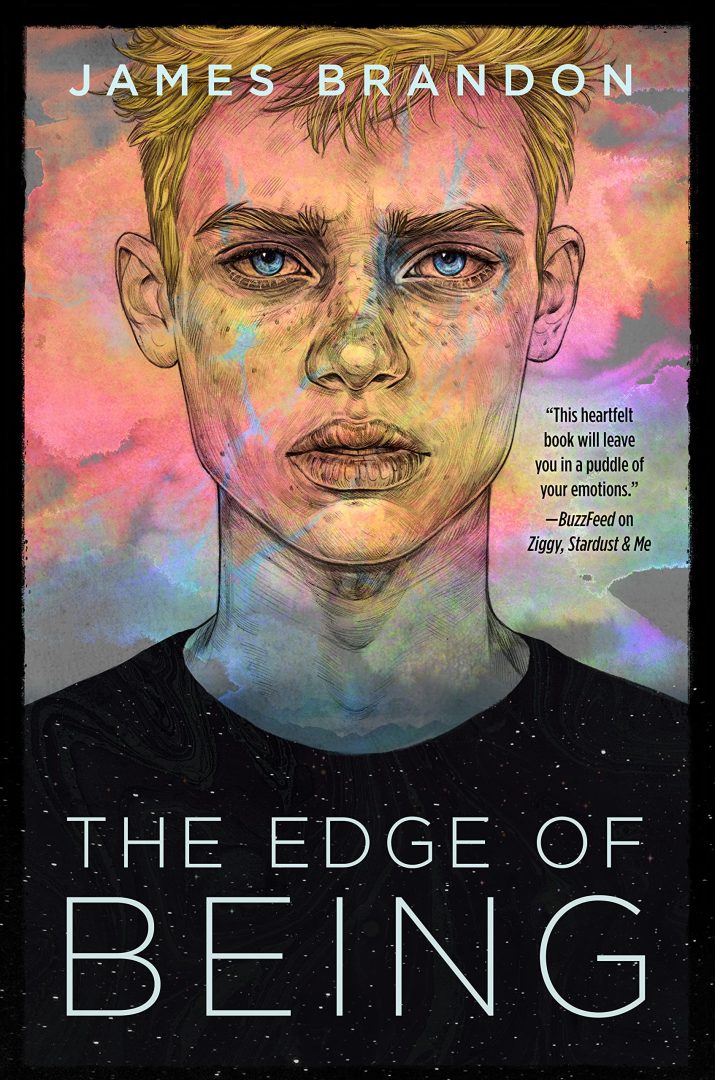 A Vigorous Life: A Review of The Edge of Being by James Brandon

A Vigorous Life: A Review of The Edge of Being by James Brandon 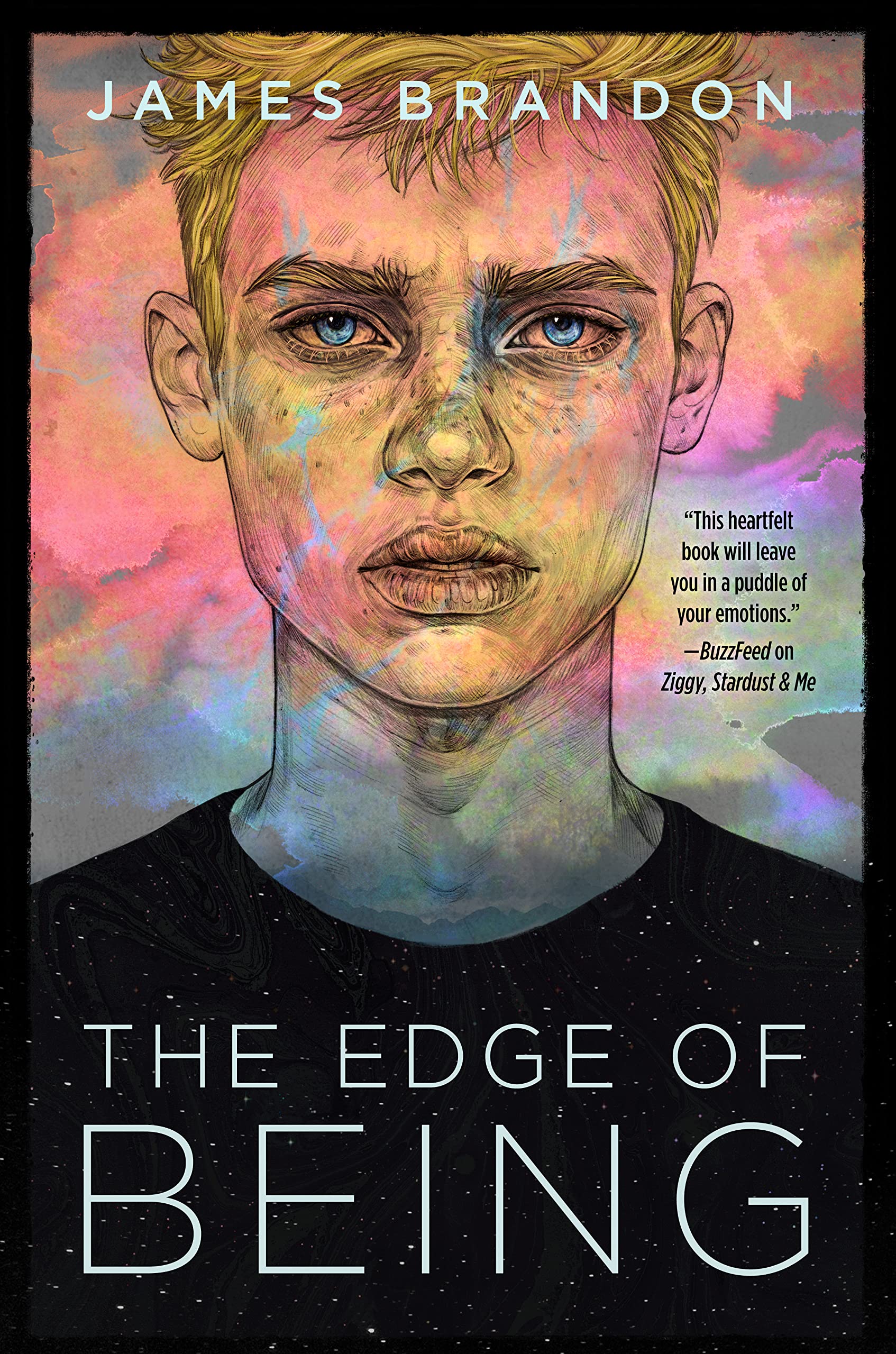 Among author James Brandon’s gifts is his ability to bring queer history to vigorous life. Like Larry Kramer in his play The Normal Heart, a gripping chronicle of AIDS activism and the birth of ACT UP, Brandon breathes full, throbbing life into characters who, in a lesser author’s hands, would be mere bystanders observing the spectacle in front of them.

Too often, books relating historical facts ignore the personal power of the human stories that make those facts matter. For readers of any generation, this names-facts-and-dates approach turns vital history into an unapproachable monolith. For young adults, divorcing history from humanity is particularly insulting and debilitating.

In his first novel, Ziggy, Stardust and Me, James Brandon gave us the occupation of Wounded Knee, the 1979 Lesbian and Gay March on Washington, and David Bowie’s profound, gender-bending inspiration for generations of questioning kids—all woven into a thrilling tale of abuse, redemption, and soaring young love.

In The Edge of Being, Brandon gives us even more: an intimate understanding of forgotten protest and dissent that had to be retrieved by queer activist historians. Brandon captures the memory of the queens who fomented the rebellion that has come to be known as the Compton Cafeteria Riot, which exploded in San Francisco’s Tenderloin district three years before Stonewall: “We weren’t thinking of making change, we were just trying to live.”

We learn this history, and much more, through the deeply personal story of a teenager whose quest is not for historical data but for the father he has never met. A reluctant detective in his own life’s mystery, Isaac Griffin is driven by vague but enticing dreams to learn who his father is. As children often do, he has failed to ask the right questions, and accepts the story that his father was a sperm-donor known only as Alex, whom he thinks of as “frozen Sperm Person #4781.” While snooping for something in his mother’s drawers—intending to create a holiday surprise for her—he encounters a shocking surprise of his own.

Isaac could fall easily into the isolation of a rootless and cynical kid, armed with the evidence of his mother’s betrayal—her lie concerning something as fundamental as his father’s identity. And he indeed suffers moments of burning rage and corrosive cynicism. But he is not blind to the ways in which he leads a somewhat charmed life, supported by people who want the best for him. His boyfriend tolerates his moods and humors him, a girl he meets by accident becomes fascinated with his search and decides to help, and an eccentric self-appointed aunt encourages him. Even his dog seems to understand that something important is afoot.

Quickly the reader enlists in the project of desiring the best for Isaac. He is often self-absorbed and sometimes gloomy, feeling “like a horrible science experiment gone wrong.” But we cheer for him because he does not wallow for long in his sadness and seclusion.

Often, stories involving family secrets drag out their mysteries and revelations in order to increase the reader’s contrived experience of suspense. In The Edge of Being, we learn by page five that Isaac’s father was not an anonymous sperm donor, but a man who wrote passionately and sincerely to Isaac’s mother. Allowing that she may have harbored her secrets because of a broken heart, Isaac sets out to find his father despite his mother’s furious insistence “that we were never to speak of it again.” He does not argue with her. Rather, he jumps into his beat-up station wagon, with his intentional family in tow, and launches himself on a quest to find the father he has never known. He departs on his journey without his mother’s blessing—indeed, without her knowledge.

Every ragged-edged photo he unearths, every faded newspaper clipping, triggers more questions than it answers. Isaac inspires the reader and exhausts his boyfriend, confronting chunks of LGBTQ history that challenge his understanding of his community and his place in it.

This hero’s journey is a bumpy ride. At a particularly dark time, Isaac becomes convinced that “we’re left alone with our made-up truths about other people’s lives and who we are.” Yet he is alert to others’ brokenness and their suffering, even when their own pain bleeds into his own heart and hurts him.

James Brandon respects his readers and never condescends to them. He offers no easy answers, no predictable epiphanies. Every insight, every moment of redemption, is earned. We cannot foresee whether or how Isaac will reconcile with his mother; redemption is a distant goal, watery and ethereal next to his concrete drive to find his father.

The Edge of Being is marketed as a young adult novel. But readers of any age will find heartfelt inspiration in Isaac’s story.

Anne Raeff's Only The River Weaves Through Time, Borders, and Desire
MB Caschetta: On Her New Book, Getting Published, and Lesbian Sexuality
'The Difference Between You and Me' by Madeleine George