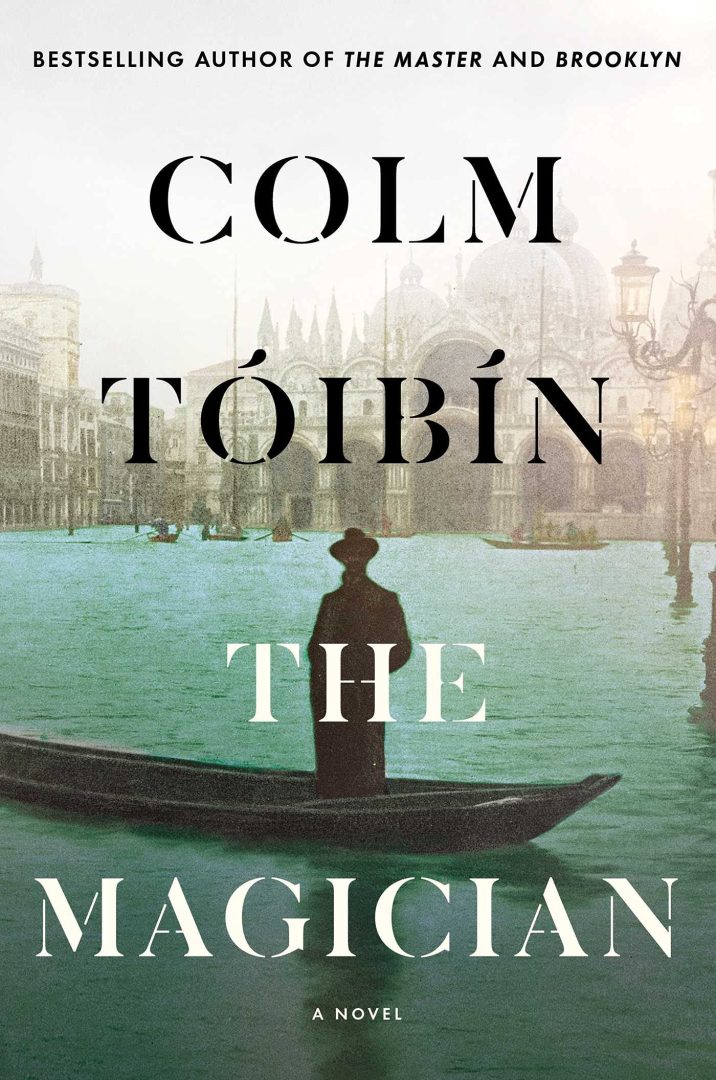 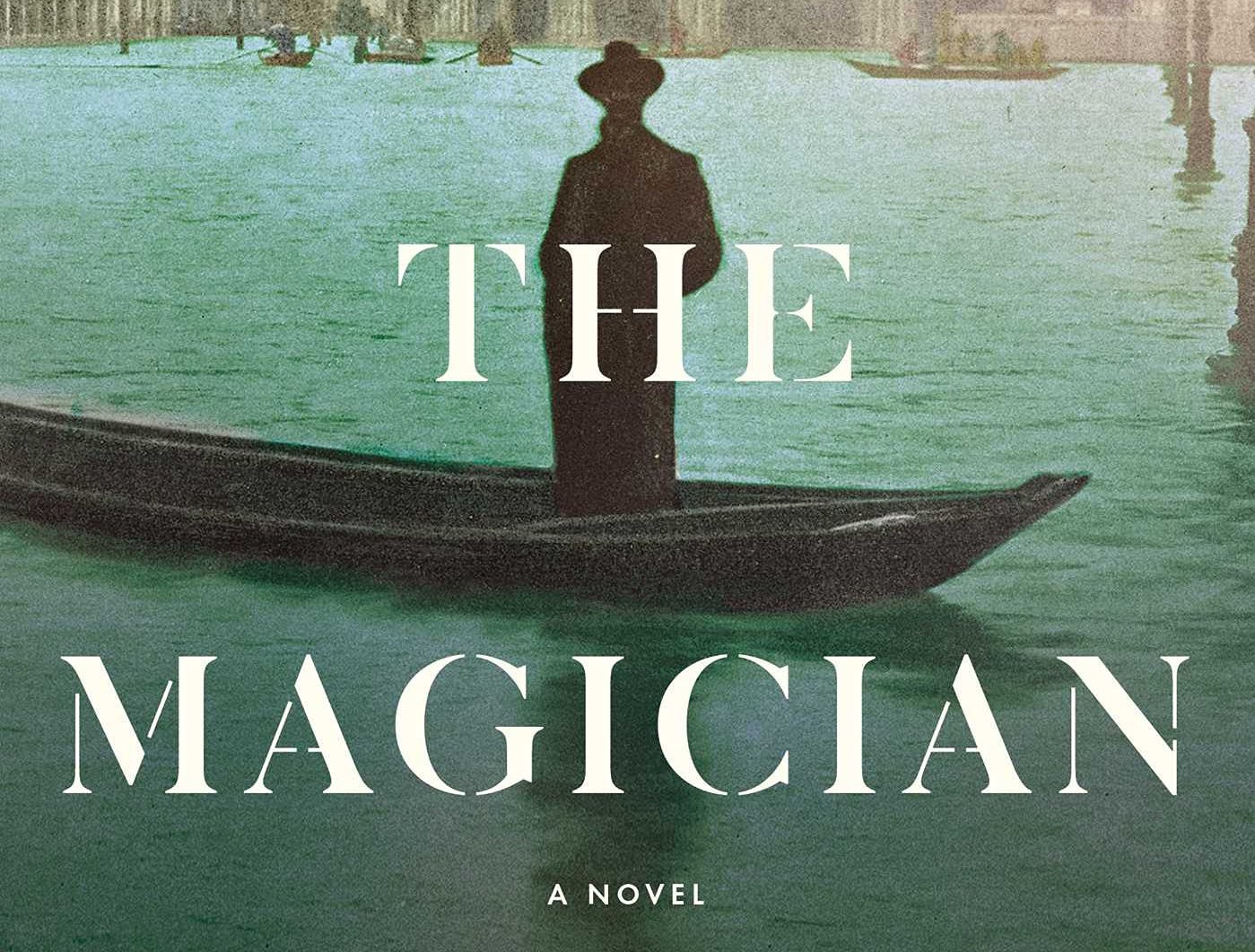 Germany’s greatest 20th century writer, Thomas Mann, is the subject of a new novel from Colm Tóibín. Tóibín is the author of the widely acclaimed Brooklyn and The Artist and a literary luminary himself.

Gay, artistic Thomas is born into a prosperous mercantile family in Lübeck, a provincial German port on the Baltic Sea. In Thomas’s surroundings, money is as self-evident and essential as water and sunshine. When, a few decades later, the post-war inflation evaporates the family fortune, his mother does what other self-respecting women of her class would do – take to bed and starve herself to death – because she simply doesn’t know how to live otherwise.

The future winner of the Nobel Prize for Literature never loses his bourgeois instinct for money and decorum, and fulfills his required the social duties to the T. Depending on his writing rather than commerce since young age, the adult Thomas Mann ensures a proper marriage (to the daughter of a wealthy industrialist), fathers six children, builds an upscale residence, keeps a strict working schedule, and in just about every aspect, transplants his stodgy Lübeck childhood into his own home in a more freewheeling Munich.

Despite the violence and devastation wrecked upon the Germany by World War I and the subsequent Socialist and Nazi regimes, and even through his World War II exile, Mann manages to stay current, respected, well-paid, and live exceptionally well. His daughter called him once “the Magician” in jest – and the nickname stuck. So, what was his trick?

Mann, like no other German novelist of his time, though quite like his musical inspiration, Richard Wagner, succeeded in capturing the fascination of his contemporaries with death, darkness, decay, and desire. The two novels The Buddenbrooks (1901) and The Magic Mountain (1924) that made his name depict the disintegration of a wealthy merchant family, and the netherworld of a tuberculosis sanatorium, a halfway station between life and death.

As a person, Mann remains change much. He is fastidious, erudite, talented, and, in all but his innermost life, dull. But he finds plenty of material observing those around him and himself. Tóibín follows closely the way Mann the man morphs into Mann the character. Uncovering this double play is one of The Magician’s most fascinating aspects, its own magic trick.

Take, for instance, Thomas Mann’s homoerotic masterpiece – his novella Death in Venice (1912). Tóibínshows it germinating in Mann’s own infatuation with a Polish teen in Venice (Tadzio in the novel and Władzio in real life), broken up by the epidemic of cholera sweeping Italy. Laying his eyes on the adolescent entering the hotel’s dining room, Ascenbach/Mann takes in Tadzio/Władzio’s sailor suit, his blond “curls that stretched almost to his shoulder,” “the whiteness of the boy’s skin, the blueness of his eyes,” but also his poise, his speaking with “seriousness and decorum. . . his way of holding himself, of being quiet without being sullen, of sitting with his family while staying apart from them.”

Mann begins to plot the story in which his stand-in, the famous married writer named Gustav von Aschenbach, is “confronted by beauty and animated by desire. . . And the story would have to suggest that the desire was sexual, but it would also, of course, be distant and impossible. The gaze of the older man would be all the more fierce because nothing else could happen. The encounter . . . could never be socialized or domesticated or made acceptable to the work.

The real-life Mann would flee the contagion, but Aschenbach will succumb to it.

Władzio’s alarming youth aside, the liaison between an aging writer and a young man wasn’t necessarily ‘impossible.’ Mann’s closest friend in Munich was living openly with his male partner. Mann’s brother-in-law was an unashamedly flamboyant bohemian. Mann’s oldest children, Erika and Klaus, came out early in life, shared partners, and turned their pansexuality, the subject of gossip throughout Germany, into a notoriously successful play about a polyamorous group of four friends in love with one another.

The ‘impossible’ lay within Mann himself. He couldn’t transcend his Lübeck upbringing, the limits of his social self. A closeted gay man, he chose to live his life under the guise of a married man, a head of a large family.

And yet, unlike Henry James – the subject of Tóibín’s other fictionalized biography, The Master – he wouldn’t pass up a tempting opportunity if it presented itself. Tóibín describes these vignettes with exquisitely rendered tension. He depicts, for instance, “the ritual” young Thomas and his landlord’s son “conducted on the nights when the others were sleeping. Willri began by removing his jacket, hanging it on the back of the single chair in the room. He acted like someone who was alone.”

Tóibín’s narrative slows down to let us appreciate the beginnings of these and other “rituals” throughout the book, though surprisingly, always shying away from the act itself, fast forwarding the reader to the next scene.

Why, I wondered? If the writer chooses to weave these encounters, noted in Mann’s diaries, into his story, why stop short of going all the way? Lovemaking, after all, hasn’t changed all that much over the last hundred years.

The Magician’s other shortcoming seems to be its length. The Master had a feel of a suite of theatrical scenes with the curtain going up and down on important aspects on Henry James’s life. It was shorter, more cohesive, and as such, more inducive to being read again. Here, Tóibín’s impeccable writing aside, the sheer volume of the book, tracing the twists and turns of the great writer’s long life, seems to dip the scale toward a novelized biography rather than a biographic novel.

Still, despite its limitations, The Magician is a masterful, engaging work, revealing a complex and conflicted life.

Roxane Gay on Hunger, Trauma, and the Unruly Body
'Transition: The Story of How I Became a Man' by Chaz Bono
A Poem by Sam Ross

Lane Igoudin is a writer, blogger, and professor of English and linguistics at Los Angeles City College. He has written for The Forward, Parabola, FamilyEquality.org, Adoption.com, and Applied Jewish Spirituality. Lane’s adoptive parenting memoir A Family, Maybe is forthcoming from Ooligan Press. Learn more at laneigoudin.com.