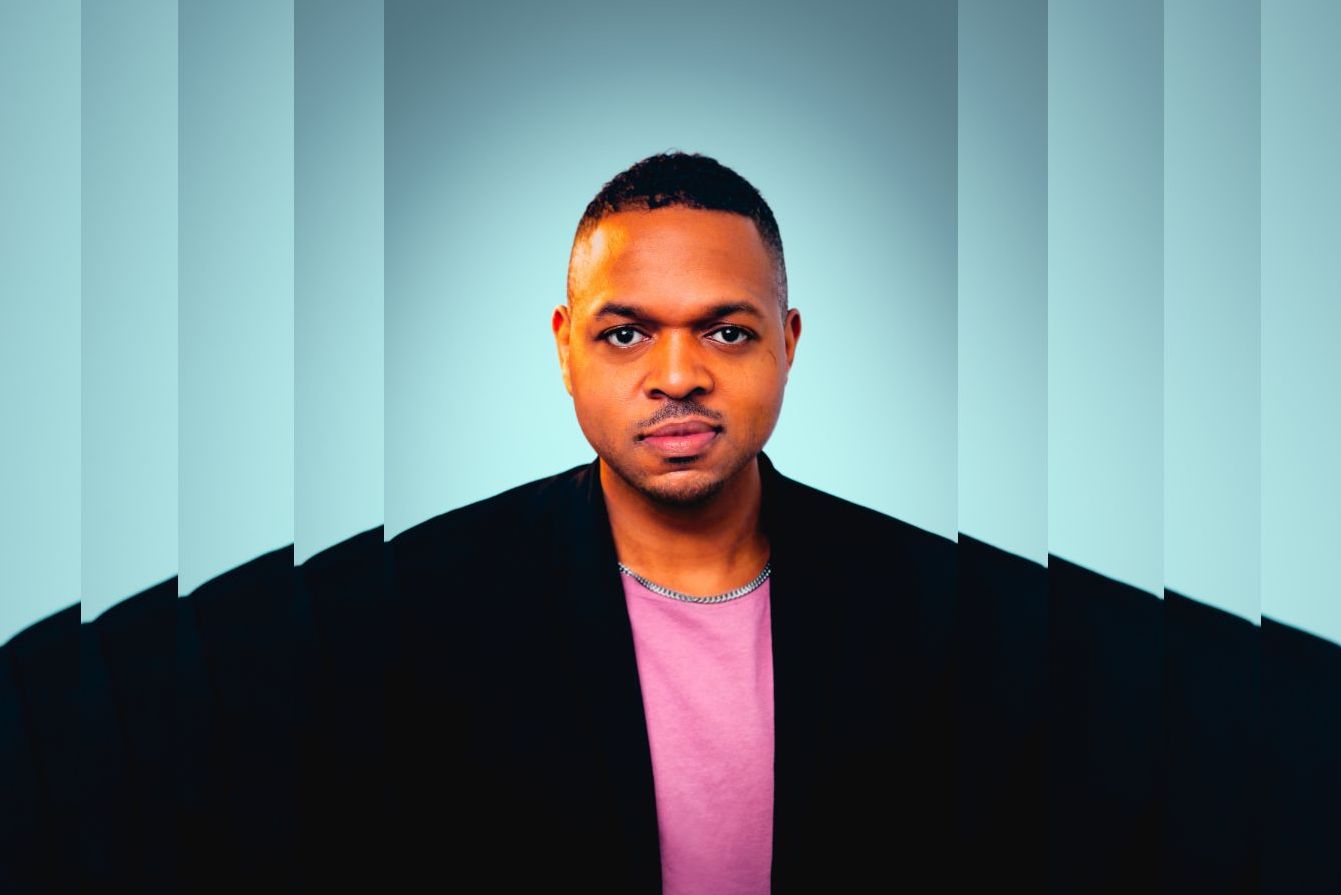 May We Present… Ricky Tucker’s And the Category Is…

May We Present… Ricky Tucker’s And the Category Is… 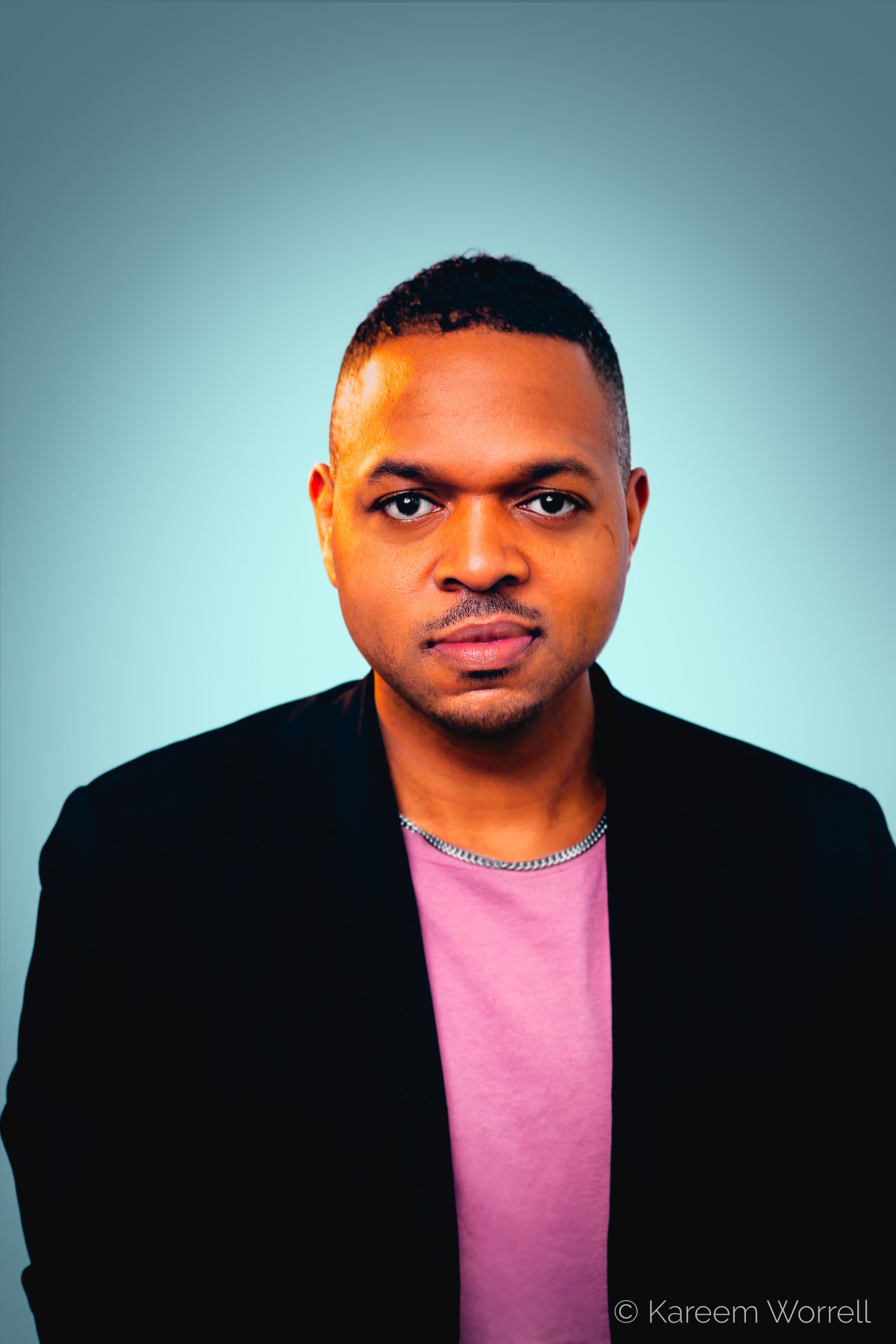 Welcome to May We Present…, a column from Lambda Literary that highlights authors with recent or forthcoming publications. Our first feature of 2022 is Ricky Tucker and his new non-fiction book, And the Category Is…: Inside New York’s Vogue, House, and Ballroom Community, published on January 25th by Beacon Press. This genre-bending work explores Ballroom in all its complexity: its history, its legacy, and the Black and Latinx trans and queer folx who made and continue to make Ballroom what it is today.

Unapologetically Black and anticapitalist, And the Category Is… reveals what nonfiction literature can accomplish when writers prioritize collaboration, activism, and the needs and desires of those about whom they are writing. With And the Category Is…, Tucker pulls out all the stops, brilliantly weaving together narrative, autobiography, interviews, criticism, and more. His masterful writing—simultaneously informative and vulnerable—produces an engaging and comprehensive text that reads like a novel. You will come away from And the Category Is… with not only a vivid and nuanced understanding of the history and continued influence of Ballroom, but also a greater appreciation of how that can be accomplished through writing that balances love and critique.

Below, Tucker ruminates on the potential of the nonfiction form, following his own writing advice, and the importance of twirling.

When did you realize you had to write And the Category Is…?

It was less a realization than an epiphany sparked by a suggestion. I’d studied Ball Culture under community scholars and voguers since 2011 and just made it my business to keep showing up to events and joining discourses out of love, support, and a genuine curiosity for the subculture and the people in it. Cut to 2019, when I started working as a writer and planning committee member alongside my two Ballroom fathers, Michael Roberson and Robert Sember, for 400 Years of Inequality, an organization observing the arrival of ships of enslaved people on Jamestown as America’s inciting incident of inequity. Another friend and colleague working on 400YOI was Roisin Davis, an organizer of A People’s History of The United States of America, and my soon-to-be agent. After seeing a loving email exchange between Michael and me, Roisin asked if I’d ever thought of writing a book about Ballroom. I was a writer, and of the community, yet it had literally never occurred to me. The organic nature of all of the above felt like the universe saying, “Duh. Do it, dummy.”

As you outlined in the preface, this book is not an ethnography. It is unbound by time and genre, moving fluidly between autobiography, interview, history, art criticism, and more. What did the book reveal to you about the potential of nonfiction literature that expands beyond scholarly traditions of ethnography and anthropology?

I studied creative writing at The New School, which meant that even as an essayist, I delved into the power more fantastical forms have to heighten nonfiction. My favorite author is Percival Everett, whom I met there, and the ways in which he converges disparate genres and implements modular prose to paint impressionistic perspectives very much informs my essay writing process.

Parsons School of Design is part of The New School, and a university-wide belief is that creativity is a conduit for activism, and activism is a pedagogical practice. All this is to say, I am not a journalist or ethnographer, and independent of that, could never write a book about a group of people like Ballroom—a norm-shattering culture—without involving them in the process, putting their needs and desires first, and finally, as a sacrificial act, heavily implicating myself in the narrative. That all adds up to a more human-centered literary work.

So, all the stuff was already there—the book just finally gave me a place to put it.

And The Category Is… was a collaborative undertaking. Can you speak to the significance of producing this sort of work and to the challenges and rewards of working with so many different people on a single project?

This book was always meant to be a critical love letter to New York’s Ballroom community, one that is anti-capitalist—and unapologetically Black. With that as my North Star, I wrote each chapter knowing it was crucial to end it with an interview with my friends and family from Ballroom. The bottom line was, I refused to call out the cultural appropriation of Ballroom while appropriating it myself. That’s been done ad nauseam. So, I did a ton of listening before writing everything.

I ultimately conducted and edited around 10 interviews to bookend the 7 chapters and 4 “Vogue Icon” baseball-card-like interstitials I wrote. Interviewing artists is just in my wheelhouse as a critic and former editor of a literary journal. So, the book is informed by the community, and their narratives guide my theoretical direction, but I wouldn’t call the writing or editing collaborative, or ever difficult, per se. It was simply making appointments, then chatting with and recording people I love and admire. The book is part oral history. Every moment was a pleasure.

What about the final product surprised you the most, given that you produced the book with and for a community you already had an established relationship with?

It never ceases to amaze me the love, willingness to serve, and the HILARITY of the folx from Ballroom. True to the culture, in our conversations, we cried, dug deep into our individual and collective traumas, questioned convention and authority—but also kiki’ed our asses off. Revisiting the recordings for the interview sections was its own joy, which became key to the book’s mission.

My friend, Black Trans activist and model Gia Love, illuminated for me the importance of a holistic development of our BIPOC Queer community. Sure, the House System is forged out of LGBTQ youth housing and familial insecurity. Sure, we all need access to prEp. But what about our JOY? So, what I learned was that Gia is an award-winning debater and a breakout tennis player, and the joy that these things bring her should be central to her narrative. Not just the idea of whether or not you think her life matters. Spoiler: It fucking does.

And The Category Is… exists at the intersection of embodied practice and written text. How did you experience that duality? Did writing this book influence your own dancing?

Writing the book didn’t so much influence my dancing—years of contact with Ballroom took care of that—as much as it gave me new insight into why I vogue and revealed to me that voguing and dancing is actually part of my writing practice, as much as walking, pacing, sighing, procrastinating, and editing are core elements of it. Voguing boosts your self-image, makes you feel like, “That Girl,” as my friend Jonovia Chase puts it. It informs your dancerly perspective, connects you to the ancestors, and can even help you metabolize centuries of generational racial trauma, which I discuss a bit in the “Body” chapter of the book. So, after finishing the manuscript, I hadn’t exactly learned any new vogue moves or anything but did walk away with a new appreciation for my already established process.

You teach writing professionally! What is something about writing that you teach to your students but that you find difficult to adhere to yourself?

“If you’re bored, they’ll be bored—so find a way to make it all lightning.”

There’s a wonderful quote from your interview with Benji Ninja, in which he describes teaching his students that in regular, everyday motions they are already “moving in a liberated way.” (25) What is a daily motion of yours that reminds you of that fact?

I’ve lived in New York for about 11 years, and in apartments that have varied in sizes anywhere from a glorified shoebox to full-on studios, but my main requirement is that my bedroom be large enough to do a pirouette, like a complete elemental vogue spin without the dip. I’ve stayed true to this desire, and spinning, twirling, etc. does in fact make me feel free.

What are some LGBTQ+ nonfiction books you’d recommend? What is a topic you’d personally like to write about in the future, or you’d like to see someone else write about?

Two books that got me to the point where I could even consider writing about Ballroom were assigned to me in a class at The New School called Vogue’ology. Here I found my Ballroom family, and two unparalleled books in terms of influence on And the Category Is…:

Right now, I’m working on a second book about queer codes across television in the 90’s, the central thesis being that codified characters and language existed more than we acknowledged, and they acted as lifelines for queer folx. Sure, Ellen was there, but what about the sexual fluidity of Gerry Blank? The coming-out of Ricky Vasquez? The everything of Designing Women? The norm-defying queer nature of every spin-off? I even plan to do some course-correcting by reimagining straight characters from Black sitcoms like A Different World and Living Single as queer, since we were left out of those masterpieces. It’ll basically be you reading me critically watching TV. It should be a fun one.

Lastly, what’s the one line from And the Category Is… that you just can’t get out of your head?

I’m going to cheat and give you two quotes. Writing helps us figure out what we know, and every time I read this line, I’m shocked at my level of firm declaration:

And finally, the bottom line of the entire book:

Buy And The Category Is…