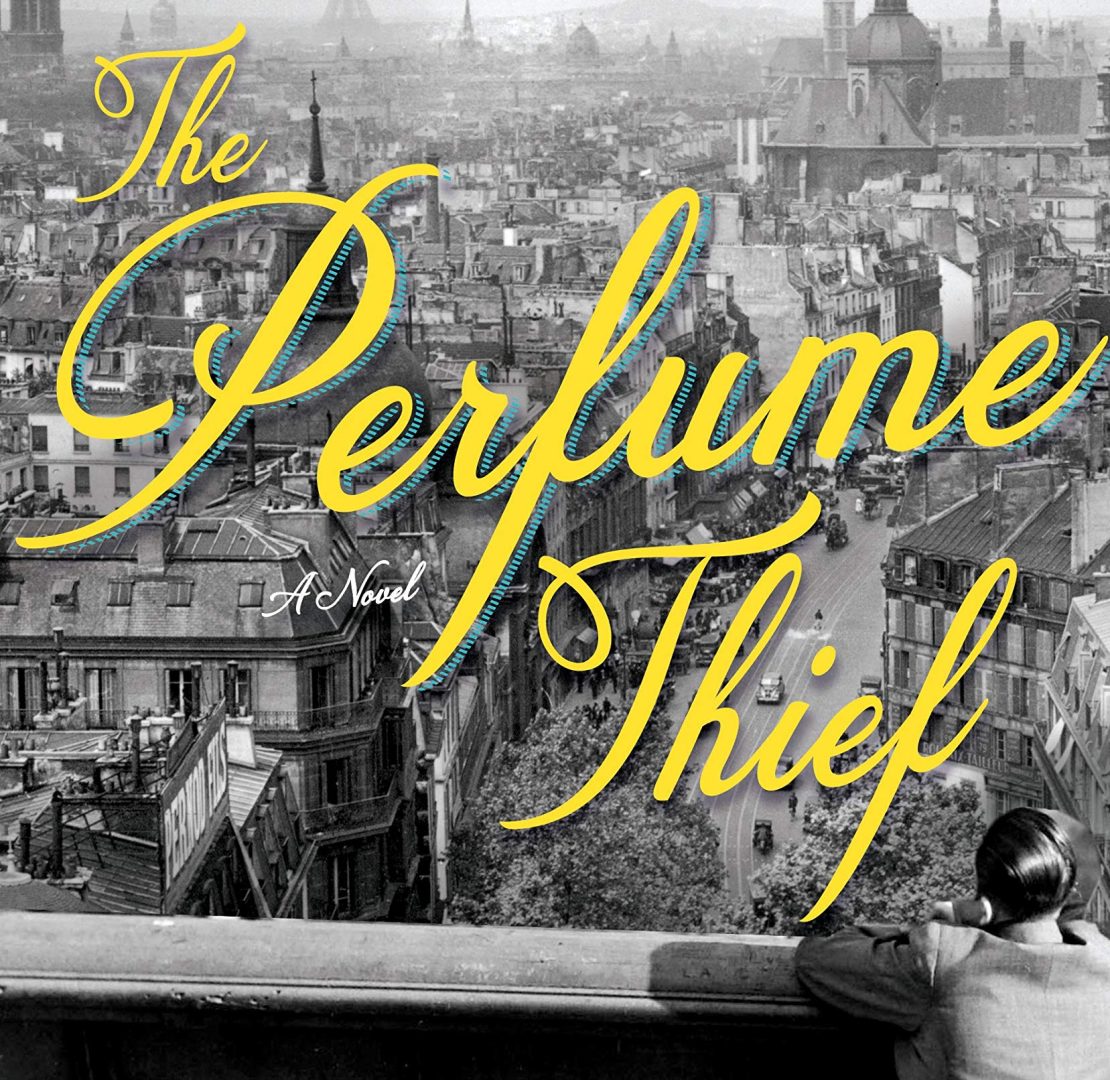 The Perfume Thief: A Story of Queer Bravery in Occupied Paris

The Perfume Thief: A Story of Queer Bravery in Occupied Paris 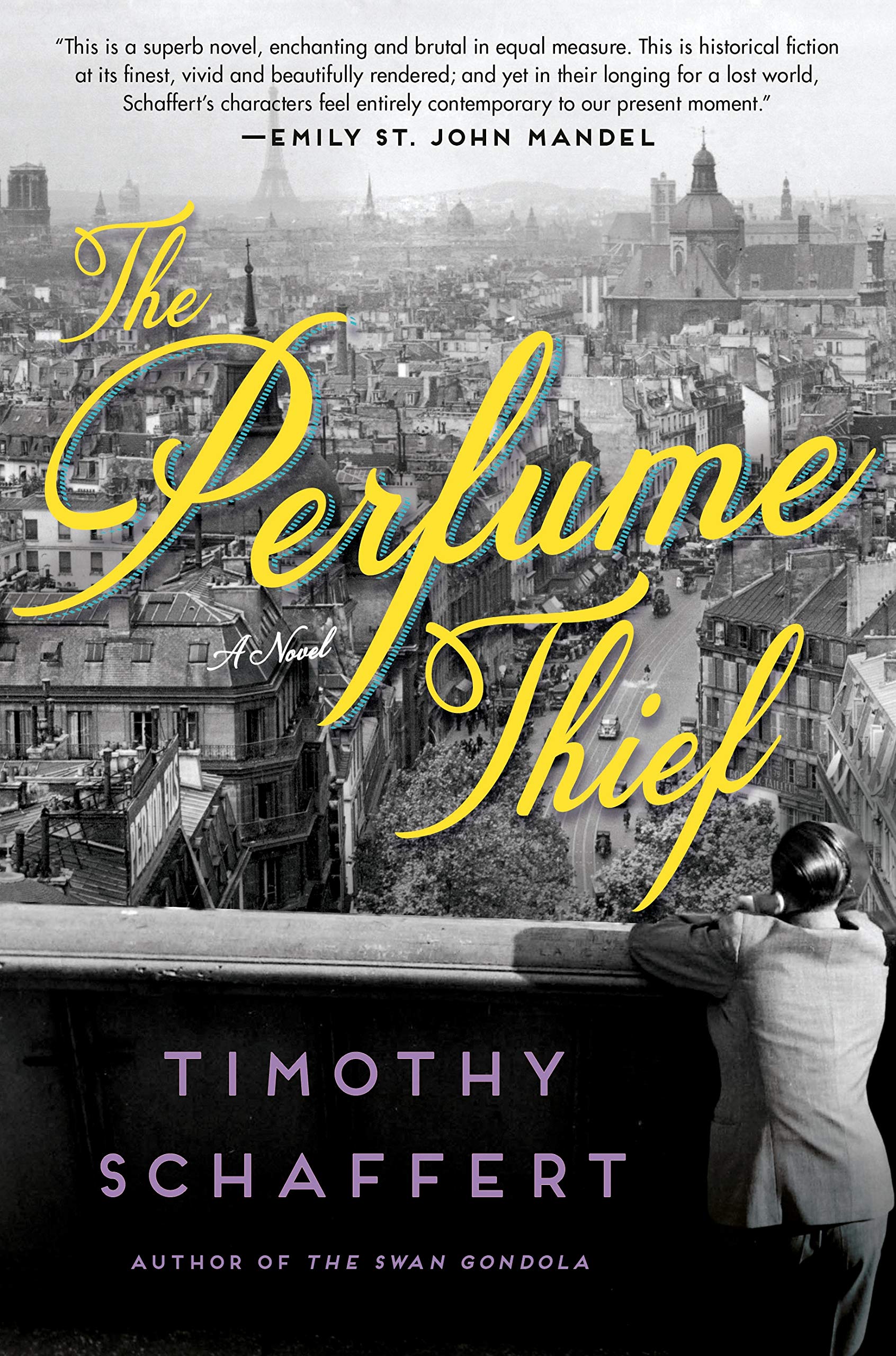 Proust wrote “Perfume is that last and best reserve of the past, the one which when all our tears have run dry, can make us cry again!” The Perfume Thief by Timothy Schaffert offers a vivid and striking story that exemplifies this observation. A whiff of a scent conjures up an event in the past, transporting one to that moment where a smell becomes indelible in the catalog of one’s senses. In a novel imbued with deception hidden in plain sight, perfume emerges as the most powerful and truthful presence in this redolent tale of Nazi Occupied Paris during World War II.

It’s six months since the Nazis took over Paris. An American ex-pat lesbian, seventy-two-year-old Clementine, spends her days creating perfumes on the first floor of her house, formerly a school for young gentlemen, which serves as her laboratory and shop. At night, Clem dresses in her best menswear to move around the dingier side of Parisian nightlife. Accompanying Clem on her nightly excursions is Blue, named after his stunning blue eyes, a twenty-one-year-old gay Frenchman, who escaped his abusive uncle to find the school. Most nights Clem and Blue, in matching tuxedos, head to Madame Boulette’s, a brothel that hosts a lively and seedy cabaret. At Madame Boulette’s, they visit their friend, Day Shabillée, an American singer known for a sentimental hit twenty years ago.

As Clem’s reputation as a perfumer precedes her, Madame Boulette also hires our hero to produce signature fragrances for her girls. With a candid first-person voice, Clem’s empathy, tinged with cynicism, establishes itself in her relationships. Day summons Clem to Madame Boulette’s in hopes of convincing her to help her friend, Zoë St. Angel, the daughter of a famous Jewish perfumer, Monsieur Pascal.

The Nazis have taken Pascal away and a superior intelligence officer, Oskar Voss, is ensconced in his house. Zoë receives a note from her father adorned with a special symbol which she knows is the key to finding her father’s perfume secrets, including the formula of the eponymous perfume he created for her. Faced with the reality of the Occupation, she wants to reconcile with her father after a seventeen-year absence. She asks Clem to help her find his book before it falls into Voss’s hands. Voss believes the diary contains a perfume recipe that can disguise the use of a fatal gas which he hopes will solidify his worth in Hitler’s estimation. Clem herself has an ulterior motive for finding Pascal’s book: she thinks it will confirm her suspicions that Pascal stole a perfume from her.

When Voss hears about Clem and her talent for recreating any scent, he orders her to his house so they can partner in the search for the book. Voss, close in age to Clem, flirts with her with invitations to parties and excursions including a grotesque free reign shopping spree in a department store housed with goods taken from the Jews of Paris. He finds Clem so enigmatic because she was mythologized in a tawdry exposé, The Perfume Thief, penned by a detective that spent his career chasing after her. Voss challenges her gender expression by sending over dresses for her to wear on their outings. Clem demonstrates her agility to code-switch as she strings Voss along with stories of her thieving escapades and revealing to him about the great love of her life, M. Clem learned from M about tea concoctions that elicit sickness. She uses this knowledge to make sachets “stitched together [from] a smoky blend of noxious herbs and pernicious weeds that would be fatal only to a kitten,” and passes them off to Voss as healing teas. What ensues is a high-stakes strategic and intellectual game of cat-and-mouse with consequences that could result in death for either of them. Their relationship is complicated further by their flourishing respect for each other’s survival skills.

As the novel pulses forward, the narrative is infused with impending danger as Clem struggles to protect everyone. Through interspersing chapters, Clem narrates the memories of her past triggered by her present life.  Clem’s intelligent narrative voice and her upfront tone captivate with its honesty and acuity. Through Clem’s perspective, the novel evokes a tapestry of smells and their obscure origins. Paris is wistfully recalled through the scents of each character’s freedom before the war. As secrets and truths are revealed of all, the destiny of each character—and the choices they make—cause reverberations in the lives of the others.

Small acts of bravery during the Resistance may be less known, but this novel gives imagination to the courage of queer lives during the Occupation. Clem embodies the wisdom of a fully-rendered life, filled with deception, compassion, and transformation. A luminous character invented to populate the queer history that was lost. Once she’s allowed herself to love others, she deceives one last time for those she loves.

'Dialectic of the Flesh' by Roz Kaveney
Blacklight: In Hart’s 'Fever in the Dark' a Viral Video Uncovers Dark Family Secrets
'Finding Bluefield' by Elan Barnehama