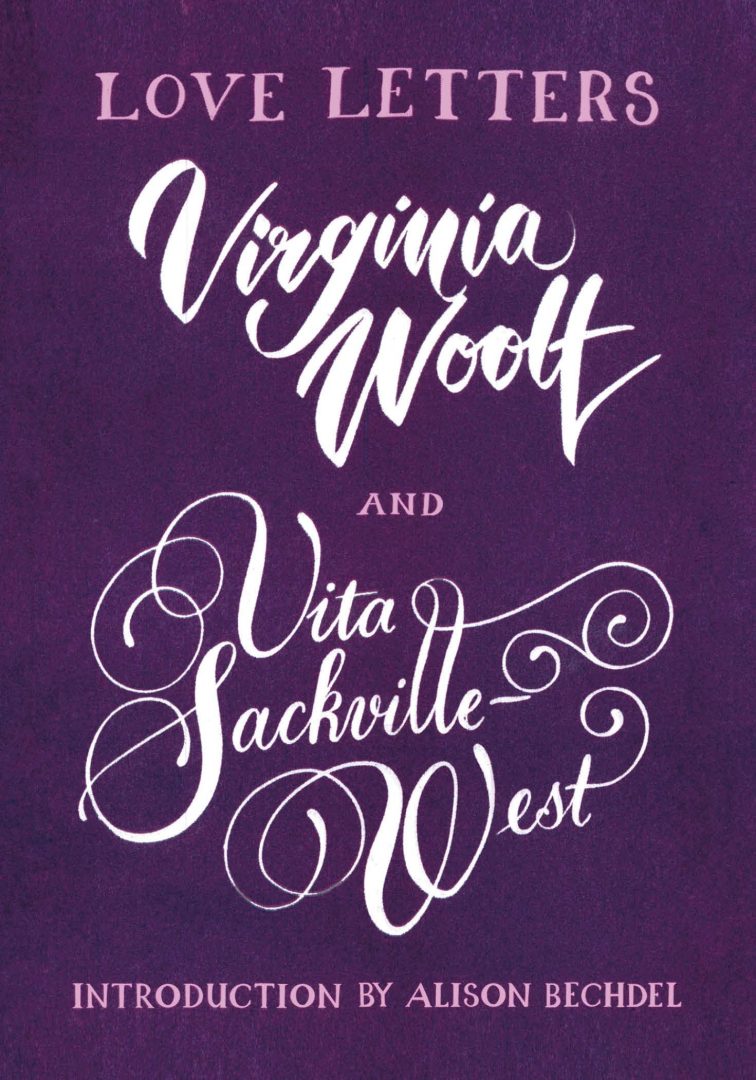 Vita & Virginia: “A Longing Far Beyond The Sexual”

Vita & Virginia: “A Longing Far Beyond The Sexual” 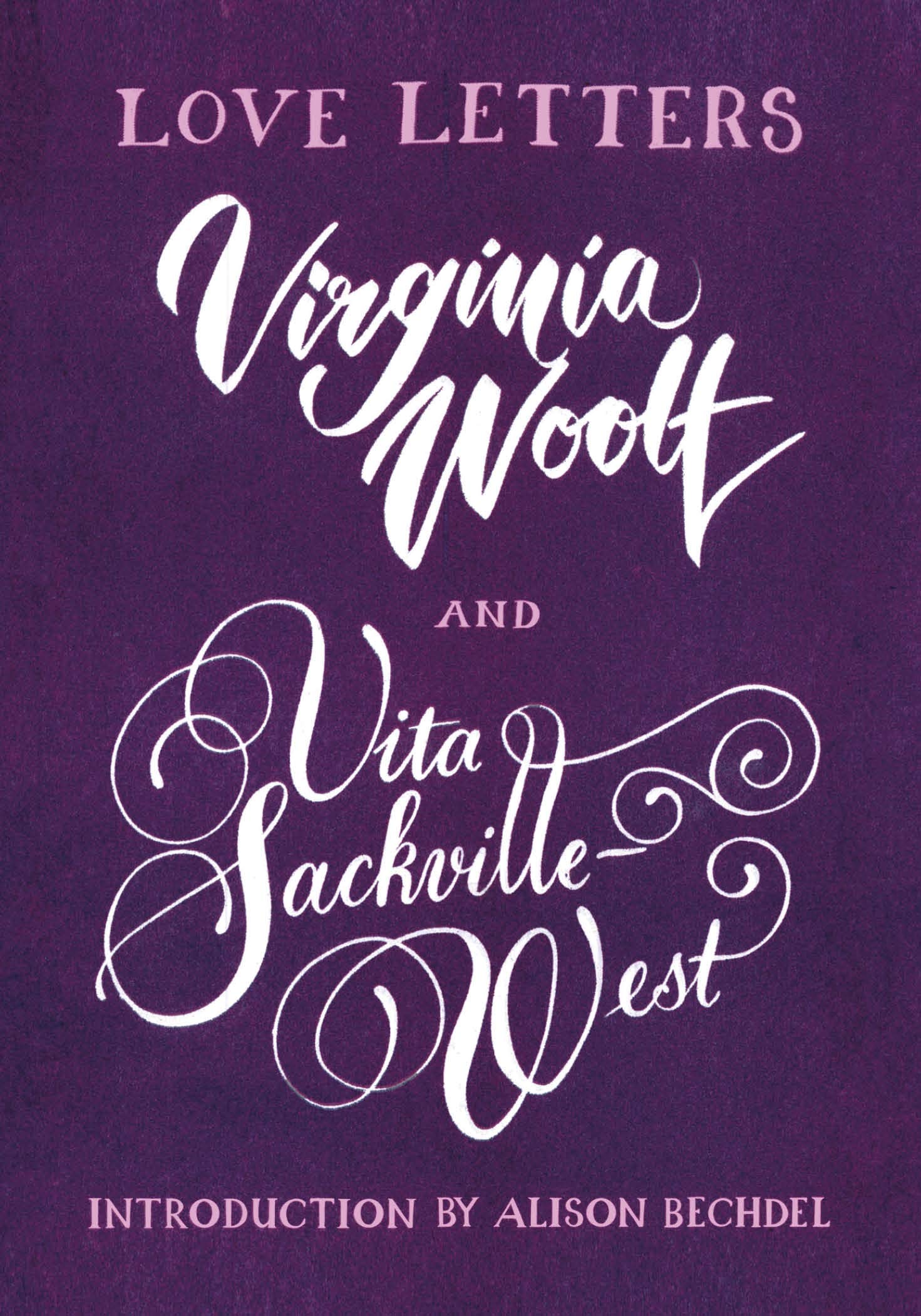 In 1980 my mother gave me a biography of Vita Sackville-West. It was about a lesbian and she thought I’d like it. I did. I’d never heard of the woman before, but back then I liked any book about a lesbian. I quickly became enraptured by Vita, a flamboyant British aristocrat, and sought out information about her wherever I could find it, which in pre-internet days was hit or miss. She’s one of those literary figures in my life that I’m drawn to, every time I see her name.

I certainly knew who Virginia Woolf was, but I didn’t know she had a relationship with Vita until I read about Vita, and the news knocked me for a loop. In that lonely time when I was coming out, anyone famous who had any kind of sexual relationship with another woman was a lodestar for me. It meant lesbians were out there and all I had to do was meet the non-famous ones and everything would be sorted out.

So it happens that I’ve been attuned to the relationship between Vita Sackville-West and Virginia Woolf for a very long time. And of course, I’m not alone. There are volumes of biography, countless academic articles, at least one feature film, and a stage play, all exploring the world of Vita and Virginia. In 1933 a young woman told Vita she was writing a book on her relationship with Virginia, so the fascination goes back to its origin.

Now comes along a new volume, Love Letters: Virginia Woolf and Vita Sackville-West, with an insightful introduction by Alison Bechdel. It contains curated letters between the two, as well as snippets from both of their diaries and letters from Vita to her husband, Harold Nicolson. In it, we’re treated to a chronological telling of their complicated, impossible-to-define relationship. While the compendium gives us so much,  We are still often left reading between the lines when we want more clarity about the specifics of their interactions. How lucky are we to have letters to read? Someday the letter writers will be gone, and we’ll be left with curated emails.

Vita is all “fire and legs and beautiful plunging ways like a young horse.”

The two women first met in late 1922 when Vita was thirty and Virginia forty. Their relationship continued until Virginia’s death in 1941. In the beginning, Vita was the more famous of the two, being the prolific author of several best-selling novels. Virginia was at a much earlier stage in her literary career, which would ultimately become far more illustrious. Thanks to the inclusion of bits of Virginia’s diary and some letters to Vita’s husband, we’re able to see their initial impressions of each other. For Virginia, Vita was a “lovely, gifted aristocrat . . . florid, moustached, parakeet colored, with all the supple ease of the aristocracy, but not the wit of the artist.” She left Virginia feeling “virgin, shy, and schoolgirlish.” On several occasions in her diary, Virginia refers to Vita as being intellectually inferior, but she nonetheless was drawn to her physically. In a letter to a friend, Virginia writes an ode to Vita’s legs. “Oh, they are exquisite—running like slender pillars up into her trunk […].” She says Vita is all “fire and legs and beautiful plunging ways like a young horse.” There are plenty of other examples of Virginia’s attraction to Vita’s vitality, energy, confidence, and magnetism.

Vita’s first thoughts of Virginia take a different tack. She’s drawn to Virginia’s intellect, her charm. “She is both detached and human, silent until she wants to say something and then she says it supremely well. I’ve rarely taken such a fancy to anyone.” She says this to her husband Harold, with whom, as anyone who has read A Portrait of a Marriage knows, she enjoyed an open relationship. He had his affairs with men, she with women. Lots of women. Where did Virginia rank in this parade of affairs she had? When Vita died in 1962 she had two photographs on the desk in her famous writing room—one of her husband and the other of Virginia. Whatever the permutations of the relationship over the years, it was clear Virginia was a primary person in Vita’s life, with much more staying power than her other affairs.

The language they use in their letters to each other is that of lovers, yet without any of the expectation of lovers.

There’s never a point in the letters or diaries included in this volume where we know the two women had become physical with one another. Their correspondence in 1922-23 is still rather polite, though both have a teasing wit which grows more prevalent as time goes on. There is a short hiatus in their correspondence in 1924 and then things seem to take off. Letters fly back and forth as Vita lives in Kent and Virginia in Sussex and London. Visits become more frequent. Thanks to a surprisingly coy use of symbols in Vita’s diary, we know they slept together in November 1925, presumably not for the first time. But how this part of their relationship evolves is left for the reader to tease out.

The language they use in their letters to each other is that of lovers, yet without any of the expectation of lovers. They are both married women with no intention of leaving their husbands, whom they love, so there’s really no endgame in mind. In a letter to Harold in 1926, Vita says she was concerned about arousing physical feelings in Virginia because of ‘the madness,’ a reference to her shaky mental health. She refers to something that Virginia must have told her, that her physical relationship with Leonard was not a success and abandoned quite early. Vita goes on to tell Harold she’s been to bed with Virginia twice and that is all. In other letters to Harold she assures him that while she loves Virginia, she is not ‘in love’ with her. What are we to make of this? Was she just trying to keep Harold from being concerned or was her affection for Virginia more muted than her ardent letters would imply?

Those familiar with Vita’s reputation as a philanderer will guess that other women presented themselves during the course of her relationship with Virginia, and not all were turned away. Virginia was jealous and unafraid to tell Vita about it. In 1927, after Vita took a trip with Dottie Wellesley, Virginia warned Vita to be careful or she’d find “Virginia’s soft crevices lined with hooks.” Virginia noted Vita’s passion for “earnest, middle-class intellectuals” and that these ‘Hildas’ were a chronic case. She referred to them not only as Hildas, but also as ‘herring grillers,’ as in “I daresay at this very minute you’re couched with some herring griller in the straw. God damn you.” Virginia thought if they were going to have an affair outside marriage, it should at least be an exclusive affair. Vita wasn’t built that way.

The temptation to impose today’s norms on their relationship does a disservice to its complexities. In 1928 they took a trip to France and spent a week alone. Today we’d expect them to share a room and all that implies, but they had separate rooms. Vita writes about a thunderstorm that caused her to go to Virginia’s room to see if she was frightened. There they talked about science and religion for an hour before Vita toddled back to her own room. And this was during the height of their affair. It’s hard to gauge their passion for each other when they let so many opportunities slip by, especially when their letters are so full of longing.

…their relationship had settled into the comfortable, anchoring kind that ultimately meant more to them than their times of physical closeness.

By 1934 their relationship had cooled. Vita had a new best friend, her sister-in-law who came to stay with the Nicolsons after an accident. Virginia worried that Vita no longer loved her because she’d become boring, and “if there’s one thing love won’t stand, it’s boredom.” One gets the feeling Vita became bored quickly with most of her lovers, something Virginia was very well aware of. After a disappointing trip to Vita’s castle, she writes that her “friendship with Vita is over. Not with a quarrel, not with a bang, but as ripe fruit falls.” There is little correspondence from 1934-1937, and then things pick up again. But relations were different and passion spent. Virginia recalls how things used to be between them, when the “ceilings of Long Barn swayed above us.” As war approached, their concerns turned away from each other to more worldly things. Virginia had periods of ill health.

Their last letters to each other in March 1941 were lighthearted and contained plans to see each other. On March 28, Virginia drowned herself in the River Ouse. When she heard, Vita was in complete shock. She blamed herself for not being around Virginia more so she could sense her mood. It had been nearly twenty years since they’d met and their relationship had settled into the comfortable, anchoring kind that ultimately meant more to them than their times of physical closeness. Throughout the letters, which are funny and a delight to read, there is a longing far beyond the sexual. The foundation of a solid friendship was laid along with the exhilaration of new love. Would things have been different if Vita and Virginia lived near each other? Weren’t married? It didn’t give either pause that their love was homosexual. Virginia never mentioned it in her letters or the diary entries included here, and Vita was already famous for it. Given a clear path, would they have coupled up like people do now? Both marriages were strong ones that gave the women a lot of freedom to roam. Perhaps the knowledge that they could roam only so far was the very thing that allowed them to so ardently pursue one another. They both liked the safety of their marriages.

Love Letters is a compelling journey through the relationship of two fascinating women. They were polyamorous, perhaps a modern concept in the West as it may have been practiced nearly a hundred years ago. The book lays out how it was for them, sometimes neatly, sometimes between-the-lines. The reader then may wonder how it might have been if circumstances were different. We’ll never know.