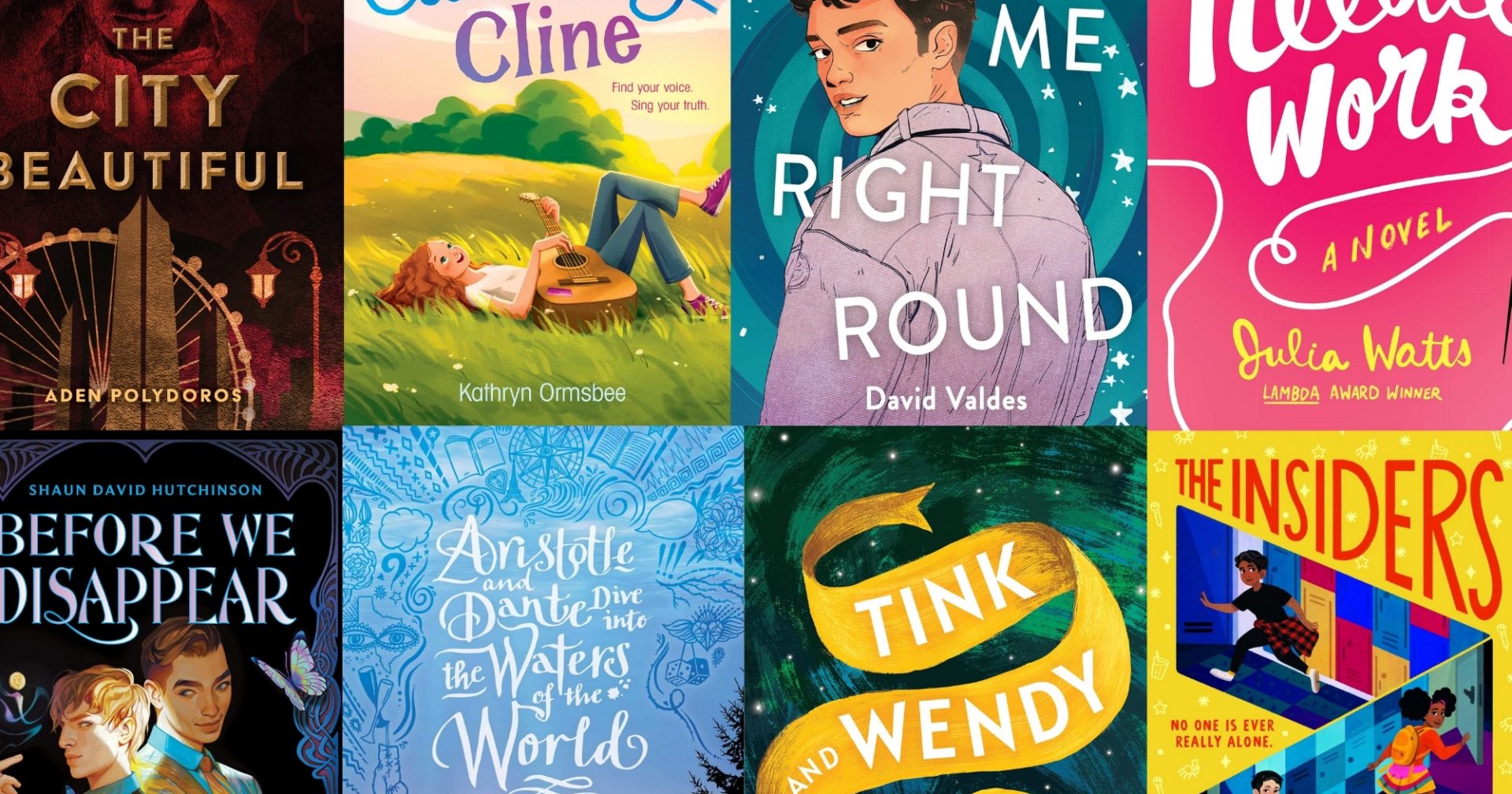 Back to School the World: Eight Queer Young Adult Books Coming this Fall

Back to School the World: Eight Queer Young Adult Books Coming this Fall

Folks, have you too heard someone say they can’t wait to “go back to normal” after the pandemic? Well, if normal means “heterosexual & cisgender” let’s agree to not want that, OK? We’re still coming up in environments that promote these norms, consciously or not. Instead, let’s embrace the expanded senses of normal that this pile of back-to-school titles predict. Cheer on these volumes till their stories become as expected as that hair flip you do in the mirror every morning or the entrance you’re perfecting to better the pulse of your online or in-person school semester.

Chicago World’s Fair, 1893. Alter, the young, queer Jewish immigrant protagonist of The City Beautiful by Aden Polydoros, finds himself possessed by the spirit of his murdered best friend. He is thrust into a hunt for a serial killer while the rest of the city partakes in the World’s Fair. The past rears up as Alter reconnects with a familiar, dangerous boy and struggles to find the help he needs before his possession becomes complete. (September 7, Inkyard Press)

Mark Oshiro’s The Insiders shows its heroes meeting through the magical connections of a janitor’s closet. Back in San Francisco, Héctor found acceptance in being out, but not so much in his new town of Orangevale. When he finds himself literally in the school closet, he soon discovers new friends from other parts of the country. Will the closet remain the only place Héctor can be himself anymore, though? Or will Hector find a space for himself in Orangevale, even as some people want his gayness hushed up? (September 21, HarperCollins)

At the Edge of the Universe was Shaun David Hutchinson’s lovely extended riff on the Beverly Crusher-focused Star Trek: The Next Generation episode “Remember Me.” His new book, Before We Disappear, twists The Prestige. Two assistants of rival magicians fall in love in an a-historical early twentieth-century Northwest US. It’s clearly the Enchantress versus Laszlo, but assistants Jack and Wilhelm are hardly bitter toward each other. (September 28, HarperTeen)

Needlework by Julia Watts brings the reader to rural Kentucky, where a sixteen-year-old boy with a love for Golden Girls, quilting, and Dolly Parton helps his grandma care for his mother. Other area boys tend not to have Kody’s interests, nor a mother addicted to opioids, so Kody is left not knowing where he really fits in the town, much less the world. But when he discovers a family secret, he suddenly learns more about himself than he was ever ready for. (October 5, Three Rooms Press)

If you haven’t read Benjamin Alire Sáenz’s Aristotle and Dante Discover the Secrets of the Universe, get thee to the library or Lambda’s Bookshop.org page. We’ll wait. OK. Now, focus in on the sequel: Aristotle and Dante Dive into the Waters of the World. In the follow-up, the two boys who fell in love must discover what it means to stay in love. Sure, they have to learn about their own capabilities, even in the face of loss, but they must also deal with a wide world that doesn’t understand them. (October 12, Simon & Schuster Books for Young Readers)

In Tink and Wendy, Kelly Ann Jacobson asks what it would have been like if Tinker Bell were in love with both Wendy and Peter Pan. After Wendy and Peter’s granddaughter Hope Darling finds Tinker Bell tending to the graves of her lost friends, Hope wins the fairy’s trust and learns the truth of a love triangle gone wrong. (October 26, Three Rooms Press)

Back to the Future meets Yesterday Is History by Kosoko Jackson in David Valdes’s Spin Me Right Round. It’s 2021, and Luis’s school still says he can’t go to the prom with his boyfriend. Something happened in the school’s past, and the school leaders can’t get over it and change their minds. Then, a hit on the head knocks Luis back to 1985, where he meets Chaz, the boy at the center of the prom decision. Will Luis be able to help Chaz, give him his first gay kiss, and end up changing the rules about prom back in his own time? (November 2, Bloomsbury YA)

Kathryn Ormsbee’s Candidly Cline features Cline, a girl who loves music. A nearby town offers a young musicians’ workshop, so she sweet-talks and scrimps and saves her way there. Then arrive the nerves—what does it mean to be with other talented people? And, oh-ho, a new feeling also arrives for a fellow musician, inspiring fresh music to flutter about her heart which absolutely begs to be sung. (November 19, HarperCollins)