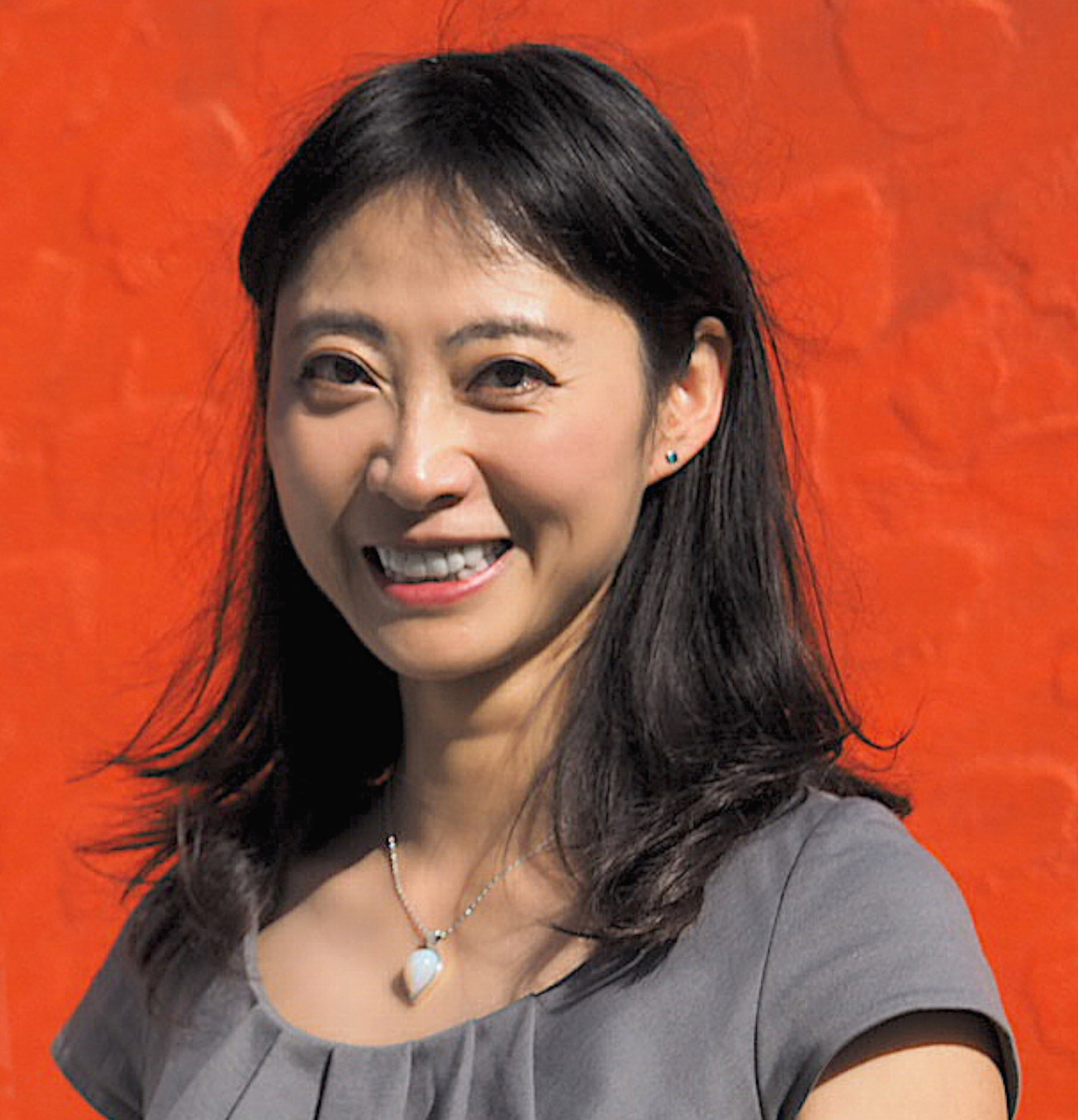 Yang Huang is the author of three books of fiction. Her debut novel, Living Treasures, won the Nautilus Book Award silver medal in fiction, her linked story collection, My Old Faithful, won the Juniper Prize for fiction, and her new novel, My Good Son, won the University of New Orleans Press Publishing Lab Prize and is just out.

My Good Son is that rare novel that delights with its bold originality. Huang explores questions of family love and loyalty, sexual and romantic entanglements, and crossing cultural divides through the stories of Mr. Cai, a tailor in post-Tiananmen China, his only son Feng, and a gay white stranger who comes into their lives. With unflinching honesty, Huang propels her characters through surprising, funny, and heartbreaking events.

Huang and I first met in 2016 when we read together at the Oakland Public Library for a LitQuake event. I immediately loved her writing, and subsequently came to know her as a friend and a generous member of the Bay Area’s literary community. Her insights about books and story always inspire me.

I’m going to dive right in. My Good Son is a story of clashing sexualities. I believe the word “clashing” is right and yet there’s a great tenderness in your novel. I always prefer stories in which the characters are driven by desire (rather than simply stumbling over obstacles), and desire is informed by age, gender, culture, and so much more. Please talk about how your characters’ desires, particularly sexual desires, drive your story forward.

Thank you, Lucy, for calling out my characters’ clashing sexualities. They would be chagrined while feeling sexy! On the surface, Mr. Cai is driven by the desire to lift his son out of mediocrity. Later he reveals his own traumatic first love, which led him to a family life where he seeks to protect and nurture, as a way to overcompensate for his youthful misstep. His son, Feng, is a temperamental young man with a creative sensibility. He rebels against his father’s discipline by indulging in unprotected sex. In comparison, Little Ye is even more daring to keep a secret behind Feng’s back, which results in a reckoning.

All of this is driven by sexual desires in one way or the other. Jude, the gay character with the most secretive yet potent desire, stands out as an enigmatic American ex-pat. These clashing sexualities, as you so aptly put it, motivate the characters and give the story layers of crises: an unplanned pregnancy, a college quest, and a gay man’s yearning for his father’s acceptance.

So this dovetails into a question you and I have talked about with regard to characters in our fiction. Plainly put, do people have agency? Really?

Firstly, let me say I admire your story collection Lava Falls as well as your novels. “The Found Child” and “My Beautiful Awakening” are two of my favorite stories. You wrote about a young mother who “abandons” her child, and also a mail order bride who tries to make the best of her life. These characters are strong and resourceful, surprising me with their bold yet believable choices. I was with them every step along the way.

As for whether people have agency, my answer is a resounding yes, or better yet: why not? When I meet a person in the real world, even a child, they show me the side they want me to see, pertaining to our interactions. They won’t tell me everything, no matter how hard I coax them. It’s human nature to be mysterious and unpredictable. As a result, no one is completely knowable.

I’d like to think a storyteller is all-seeing, but not necessarily all-knowing; otherwise, the story can become too tidy, and the characters are obedient like puppets and can feel a bit dead. But, the writer has the choice to give a character agency by making them strong and “real”—not in the sense that they exist in the world, but that they can stand on their own feet and act in free will to an extent, not merely a marionette pulled by the writer’s strings.

One of the things I admire about both you and your work is a deep honesty. In your bio you say that you write to create a more tolerant and hopeful world in stories. Is it possible to be simultaneously honest, tolerant, and hopeful?

I think that honesty was partly bored into me by my life experience. I grew up in China under censorship, and I am an immigrant working as an engineer in the States. These things combined made me acutely aware of the ways that society and family impinge on an individual. In fiction, I want honest stories told with compassion. When a character is given agency, they will exert pressure in interesting ways and move the story in a new direction. This can open up the narrative and create a more tolerant and hopeful world.

When we take risks in fiction, sooner or later we will write about “the other” across color, gender, and culture, so it’s paramount to do it responsibly…can we reject lazy fetishization and read the stories by responsible writers, including Asian and other minority writers?

The OwnVoices movement is exciting and complex. I think a lot about the questions and responsibilities of writing across color, gender, and culture. Colson Whitehead recently said during an AWP keynote, and I hope I’m paraphrasing him correctly, “This is only a problem when it’s done badly.” Tell me about the decision to write the character Jude and to feature him so prominently. How does this character help further the primary story you wanted to tell?

When we take risks in fiction, sooner or later we will write about “the other” across color, gender, and culture, so it’s paramount to do it responsibly. I heartily agree with Colson Whitehead; in other words, the bad art is cultural appropriation, and the good art is cultural exchange.

It is on these grounds I want to bash the bad art like Madame Butterfly and Miss Saigon, written by white men who had no conception of Asian women and fantasized about exotic “Orientals” who were subservient temptresses. Madame Butterfly and Miss Saigon say everything about the white men who have Asian fetish, but nothing about the women who are fantasized and then sacrificed for white men’s sexual appetite. Can we reject lazy fetishization and read the stories by responsible writers, including Asian and other minority writers?

I first saw the protagonist in my mind’s eye: a tailor puts on a long form-fitting dress and walks in heels with some difficulty. I knew that I needed a gay character, central to the story. Initially I tried to make Mr. Cai gay, but the story didn’t work. The gay man needs to be a foil and brings out something essential in Mr. Cai, evoking his sense of beauty, freedom, and integrity. A white American gay man brings the outside world to Mr. Cai, who is secluded in his shop. In 1990 after the Tiananmen Square protest, China began to open up to the world and pivoted to become an economic superpower under an autocratic regime—this was in the background. I wanted to focus the story on the individuals. I created Jude and treated him with reverence and deep affection. I wanted to get to know him, test him, and nurture him in the story. I suspect Feng is bisexual. In a way, Jude inspires Feng to explore his own sexuality when he goes abroad.

We share the experience of having parents who strongly discouraged a writing career as impractical and no way to make a living. If you had it to do over again, would you still become a computer engineer as well as a fiction writer?

In China, writers can make a comfortable living if they write for the propaganda machine. My parents didn’t want me to live on the mercy of the government; in that sense they were not wrong. China’s censorship is so detrimental for literature that some critics argued that censorship “castrated” Chinese artists, writers, and thinkers. I never met a Chinese teacher who inspired me; on the other hand, my high school math teacher changed my life. He didn’t know English or writing. He never showed favoritism to me or anyone else, but his passion for math was infectious. Using a triangle and ruler, he showed me how to think logically, be a problem solver, be independent and resilient no matter what challenges I face. He inspired me to pursue STEM; later I came to study in the States and write in English. So I have no regrets.

I choose to write in English, a language that not only frees me from the internal censorship of Chinese but also defines my identity as a woman, an Asian American, and an immigrant writer.

Your essay “Why I Write in English” is deep, complex, and big-hearted. To properly talk about that beautiful piece of writing, we’d need pages and pages. So perhaps it’s unfair of me to ask, but if you could share a couple of points from that deeply personal essay with the readers of Lambda Literary, what would they be?

Thank you for saying that. I was surprised that I couldn’t give a simple reason for why I write in English.

Every language comes with its own baggage. I associated my Chinese dialects with certain periods of my life, different sets of caretakers and unique challenges. Mandarin is the official dialect in China and a tool for censorship. If Mandarin is my middle-class dialect, then English becomes my working-class language to write realistic fiction.

I choose to write in English, a language that not only frees me from the internal censorship of Chinese but also defines my identity as a woman, an Asian American, and an immigrant writer. In a way I need to lose myself in order to find it—just as I write fiction to unearth emotional truth—and that is serendipity.

No spoilers. But let me just end by saying I love the way you bring the story in My Good Son to closure. The ending is surprising and satisfying both. It’s a beautiful book.

Jos Charles: Making a Space for Trans* Writers
Interview with Bil Wright
Author Tim Murphy Has Some Advice for You

Lucy Jane Bledsoe’s most recent novel is A Thin Bright Line. She is the author of three other novels, a collection of narrative nonfiction, and a collection of short stories