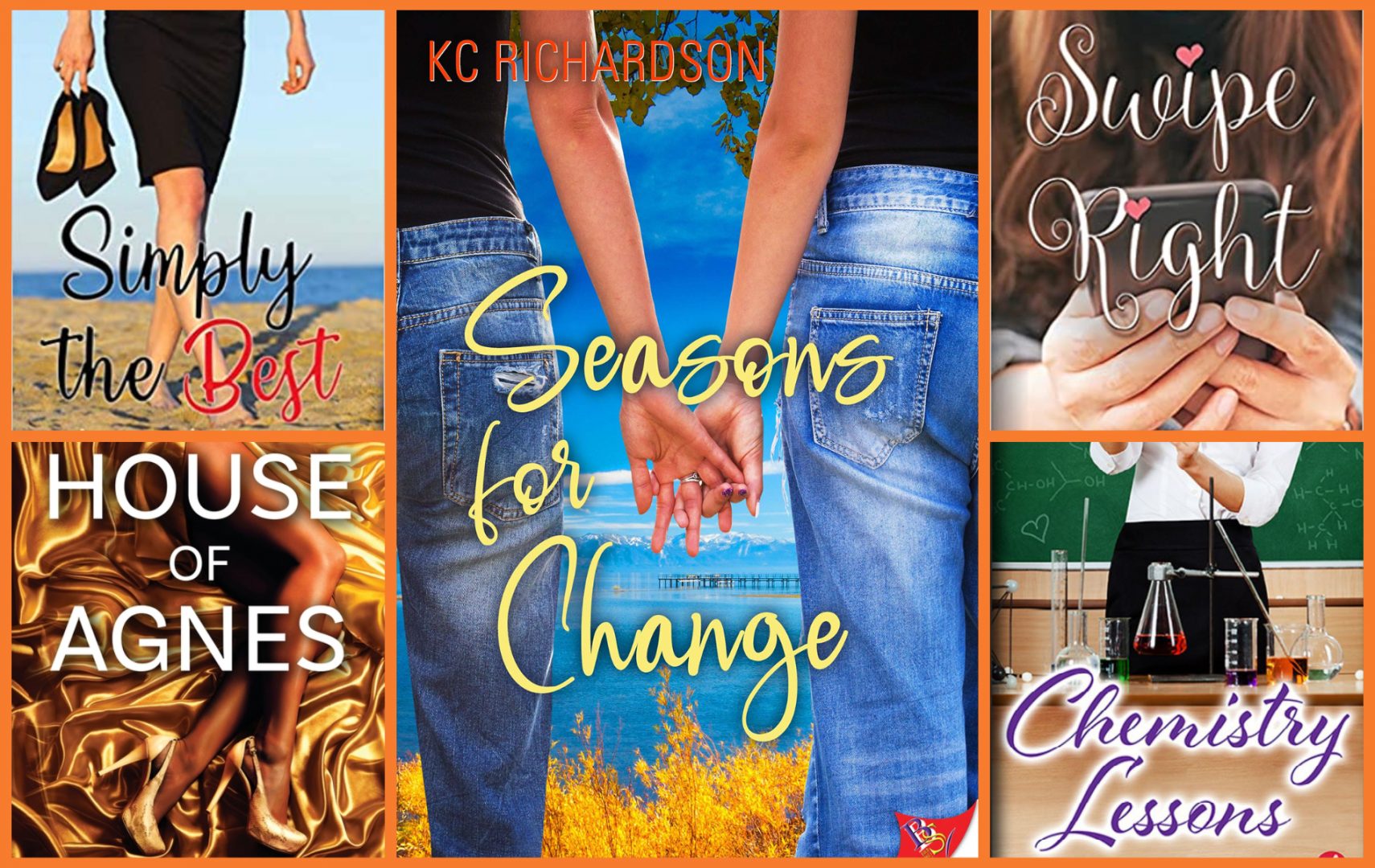 Read These! Fourteen F/F Romances to Take to the Beach

Read These! Fourteen F/F Romances to Take to the Beach 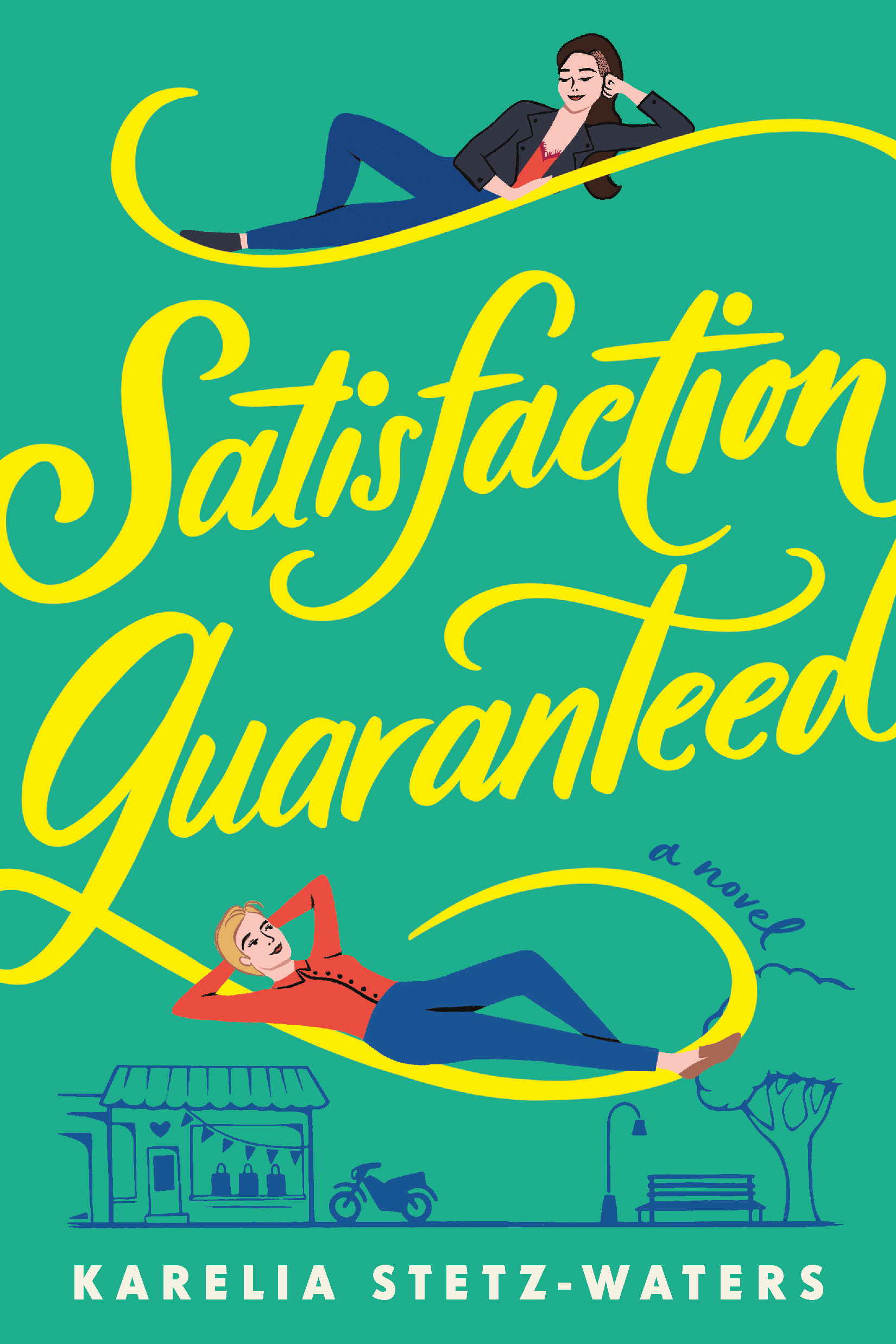 After a long, strange winter, we can all use a little light reading. Whether you’re all vaxxed up and hitting the boardwalk, or you’re staycationing this year and heading to the beach in your mind, these books will be ready to join you.

With contemporary romance, romcoms, historicals, romantic suspense, and even sci-fi, this list has a little something for all lesbian romance tastes.

One Last Stop by Casey McQuiston (June 1, St. Martin’s Griffin) is the first of two romantic comedies that kick off the month. August is a newcomer to New York City. She crushes on another young woman on the subway who has an old punk rock vibe. Except! Jane doesn’t just have the punk vibe—she’s literally from the 1970’s and is lost in the present.

Satisfaction Guaranteed by Karelia Stetz-Waters (June 1, Forever) is the other romcom and it’s advertised as being perfect for fans of Casey McQuiston, so pick them up together! It has an opposites-attract setup with workaholic Cade and free-spirited Selena. They’re thrown together by Cade’s dead aunt who’s willed them her failing feminist sex shop. Can they save the store and find love along the way?

The Hellion’s Waltz by Olivia Waite (June 15, Avon Impulse) is the third book in her popular historical Feminine Pursuits series. It features piano teacher/composer, Sophie, who’s furious about her family losing their shop to a con man, and Maddie, who’s planning a heist for noble reasons. Like the other books in this series, it can be read as a standalone, but you’ll want to check out the first two books if you haven’t yet, because they are delightful.

Kieran in Swipe Right by Tagan Shepard (June 22, Bella Books) has had bad luck with relationships. She’s finally ready to get back on the horse and join the current world of dating apps, with a little help from her best friend, Pen. But what if one of her dates is correct and she’s never found lasting love before because she’s been in love with Pen all along?

House of Agnes by Fiona Zedde (June 30, Ylva Publishing) pitches Agnes, owner of an exclusive escort agency, against Lola, an investigative reporter who’s determined to take Agnes down. This enemies-to-lovers romance promises steam with a side of intrigue.

It’s tourist season at Lake Tahoe in Seasons for Change by KC Richardson (July 13, Bold Strokes Books). Shawn runs a local diner and is ready to settle down after years of playing the field with people who drift in and out of town. Morgan is her new neighbor for the summer, licking her wounds after being cheated on. Morgan is only open to a short-term romance, but nothing past the end of the summer. Or is she…? (It’s a romance. We all know what that means and what’s not to love about that?)

Red Tide at Heron Bay is the latest from the queen of lesbian romantic suspense, Gerri Hill (July 20, Bella Books). Lauren’s been running her grandmother’s resort in a fishing village on the coast of Texas, but her life becomes a lot less sleepy when she finds a bloody message in the resort’s clubhouse. Good thing the hot detective, Harley, is there to get to the bottom of things, and the two find love while seeking a murderer.

Sea Wolf by Anna Burke (July 27, Bywater Books) is not actually a romance. It’s a follow-up to her debut dystopian sci-fi Compass Rose, which has a solid romantic element (if you haven’t read that, you MUST). The plot almost doesn’t matter, because it has lesbian pirates in a dystopian future who love each other fiercely. What else does one need?

Big London Dreams by Clare Lydon (July 28, Custard Books) is a second-chance romance about Joan and Eunice. Shifting between the present and past, it tells the story of how they first found love, were torn apart, and come back together again, all against the backdrop of London. Prepare to swoon and sigh. The eighth installment in Lydon’s London Romance series, it can be read as a standalone.

I Kissed a Girl by Jennet Alexander (August 3, Sourcebooks Casablanca) is a romance set in the world of horror films. Lilah is an actor who’s finally been cast as a lead and desperately wants this to be her big break. Noa is the makeup artist on set that Lilah works with. Sparks fly as prosthetics are laid down and they get vulnerable about their ambitions.

Chemistry Lessons by Jae (August 4, Ylva Publishing) features one of the best friends-to-lovers premises: two best friends are perfect for each other and everyone knows it but them. Regan and Kylie are childhood friends who are tired of people saying they have chemistry together. To prove to everyone wrong, they decide to go on three dates. Their goodnight kiss sure doesn’t feel platonic, though.

Her Countess to Cherish by Jane Walsh (August 10, Bold Strokes Books) is a historical title that features an f/nb romance, with an AFAB nonbinary character. Miss Beatrice Everson flees her husband after a bad wedding night and plans an affair with Mr. George Smith. Beatrice doesn’t know that George is the alter ego of Lady Georgina Smith, host of a bluestocking salon. Georgina has to decide if she’s going to let Beatrice in on her secret and whether spending the rest of her life as George is fair to herself.

Another contemporary romance for the enemies-to-lovers fans out there. In Simply the Best by Karin Kallmaker (August 17, Bella Books), Pepper is the personal assistant to the socialite founder of the popular website, SimplytheBest.com. Alice is a reporter who’s been relegated to the world of celebrity reporting and finds herself toe-to-toe with Pepper when she needs to write about Simply the Best. A complex, delicious romance is sure to be had.

The Commitment by Virginia Hale (August 17, Bella Books) is another friends-to-lovers romance. Jennifer and Lacey are best friends who work together at a living history museum in Victoria, Australia. Lacey has had a crush on Jen forever. An age gap and Lacey’s daughter throw a little extra trope spice into the mix.