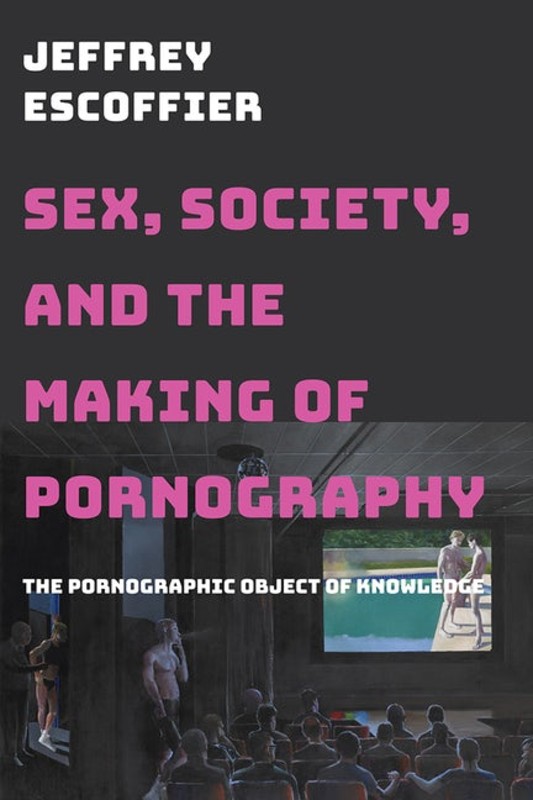 This book about pornography—with 28 pages of endnotes, a colon in the title, and a $173 price tag on the hardcover edition—unapologetically identifies itself as an academic tome. Flipping through its charts and statistics, we might hear our own inner voice grumbling, Even queer fuckfilms have succumbed to the graphs of social scientists.

But, as with pornography itself, first impressions can be misleading. Sex, Society, and the Making of Pornography, at $28 for the eBook, is enlightening and even affordable. Its author, Jeffrey Escoffier, a founder of OutLook and director of Out/Write, a professor who has taught at Berkeley, Rutgers, and The New School and is now a researcher at the Brooklyn Institute for Social Research, avoids pedantry. His graphs, viewed in close focus, give us a rich view of the upheaval in global culture that has taken place since the nudist and bodybuilding magazines like Physique Pictorial, passed furtively from hand-to-hand among closeted men in the 1950s, giving way to Tom of Finland and the abundantly stuffed crotches of his models, and all that has followed since.

Escoffier’s book recounts an engaging history that culminates, after millennia, in the mainstreaming of modern hard-core porn—meaning, in his very specific definition, sexual imagery, particularly in videos, of explicit depictions of intercourse, including oral copulation. Escoffier notes that sex researchers of the 1920s, whose focus was primarily on married heterosexual couples, broke ground that later was deeply plowed by Alfred Kinsey, who began in the 1940s publishing the results of surveys that included homosexual feelings, fantasies, and behavior. He doesn’t mention Magnus “Max” Hirschfeld, the German doctor whose Institute for Sex Research, founded in 1919 in Berlin, was the first association in the modern world to promote homosexual and transgender rights.

The author employs the words “perverse” and “perversion” in a way that might be off-putting to an LGBTQ audience. But he is openly gay himself, and no prude, and uses these words in context as a social scientist and historian. Escoffier is known, among many other things, for his earlier studies of “gay for pay” film actors wh6ose heterosexual orientation does not impede their sexual performance with men. He has examined with particular interest what he calls “the social conditions that enable heterosexually-identified men to turn in credible sexual performances in gay pornographic videos.”

As is so often the case, LGBTQ people were at the forefront of a social upheaval that soon paid benefits to the entire world. Remember “Chat Rooms”? Maybe you don’t, but if you use any form of social media you are an heir to the slow, noisy, dial-up services that began in the early 1980s, patronized by gay men eager to hook up in a new, virtual way. Personal use of the Internet exploded as men learned to cruise without having to look their best—and, as the technology evolved and allowed them to share photos and videos, to create a new species of pornography. This new generation of do-it-yourself porn embraces various body types, ages, and racial groupings—not as fetish categories for commercial-porn keyword clicks, but as real-life guys doing what comes naturally.

From the 1970s through the end of the last century, commercial studios refined and professionalized their product, catering to increasing numbers of fetishes, “perversions,” and interests, in slickly produced, high-quality, keyword-driven commodities. Long gone are the original black-and-white “Old Reliable” films of the early 1970s, which featured snarly, rough-trade types masturbating on camera, often on a familiar worn-out couch, chewing cigars and, occasionally, flipping off the viewer. Meanwhile, technology has allowed fuckbuddies to make quality video recordings of themselves and to post their videos online for anyone to enjoy. The production values are not as impressive, but the intimacy more than compensates.

The Object of Knowledge