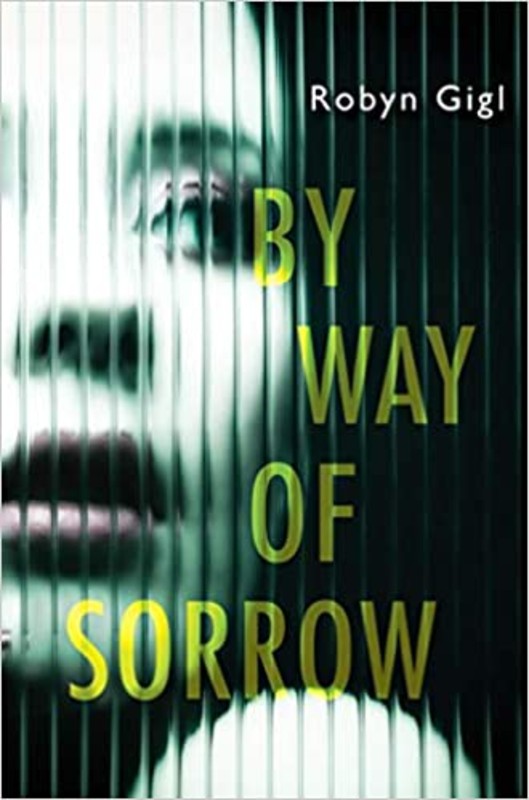 Representation in any genre is essential. Diverse voices can enliven and refresh well-worn genre territory, such as the legal thriller, and for that, we need more trans voices writing in crime fiction. In her debut, By Way of Sorrow, Robyn Gigl, an attorney and activist by profession, has created a complex and dynamic criminal defense attorney in Erin McCabe, who is as vulnerable and empathetic as she is professionally savvy.

Set in New Jersey, the story begins when McCabe takes the case of a nineteen-year-old transgender sex worker, Sharise Barnes, who has been accused of murdering the son of Senator William Townsend in a seedy motel near Atlantic City. The case seems open and shut; there’s little doubt that Sharise stabbed the notable scion, but the real question is: Why? Was it murder or self-defense? And how far will the power-obsessed senator go to cover up his son’s secrets?

From the beginning, our sympathies lie with Sharise, who has been on the street since being kicked out of her home by her transphobic parents. Being young, black, and trans, she belongs to an intersectional identity group, especially vulnerable to fatal violence. Her story isn’t uncommon. What is uncommon, though, is that she has an attorney capable of truly understanding her gender identity, which makes the case emotional for McCabe and a rich experience for the reader.

As McCabe and her partner, former FBI agent Duane Swisher, get closer to the truth, the threat of further violence looms. What’s most affecting, though, are the many smaller moments, giving the characters texture and the story authenticity. Whether it’s McCabe navigating micro-aggressions in her professional milieu or the discriminatory policies of the legal system, or even her struggles in finding acceptance from family members and love interests, her resolve to be herself feels heroic but never exaggerated. Also, her skill as a lawyer is an effective but, at times, imperfect weapon. In particular, her passionate argument for Sharise’s gender identity to be acknowledged by the court was breathtaking and, in the stridency of its opposition, maddening.

Gigl’s accomplishment here is to parse the serious flaws with the legal system and expose the vulnerability of homeless members of the trans community by way of subtle characterization and seamless plotting. In less skillful hands, we might get melodrama or a polemic; here, we get engrossing originality—and a brilliant point in a larger argument for the benefits of greater representation in our beloved genre.

'The City of Palaces' by Michael Nava
'then, we were still living' by Michael Klein
'Beloved Pilgrim’ by Christopher Hawthorne Moss