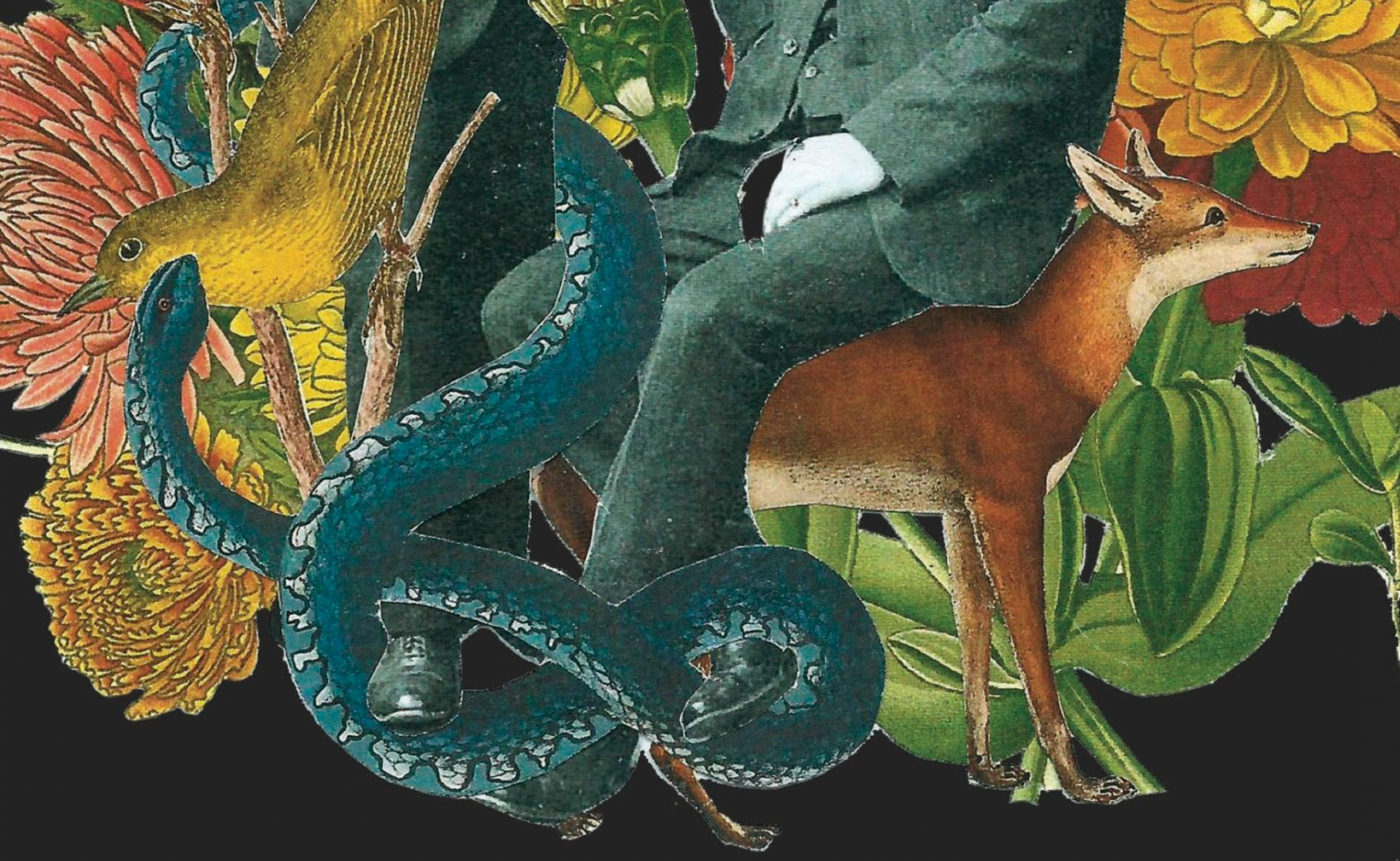 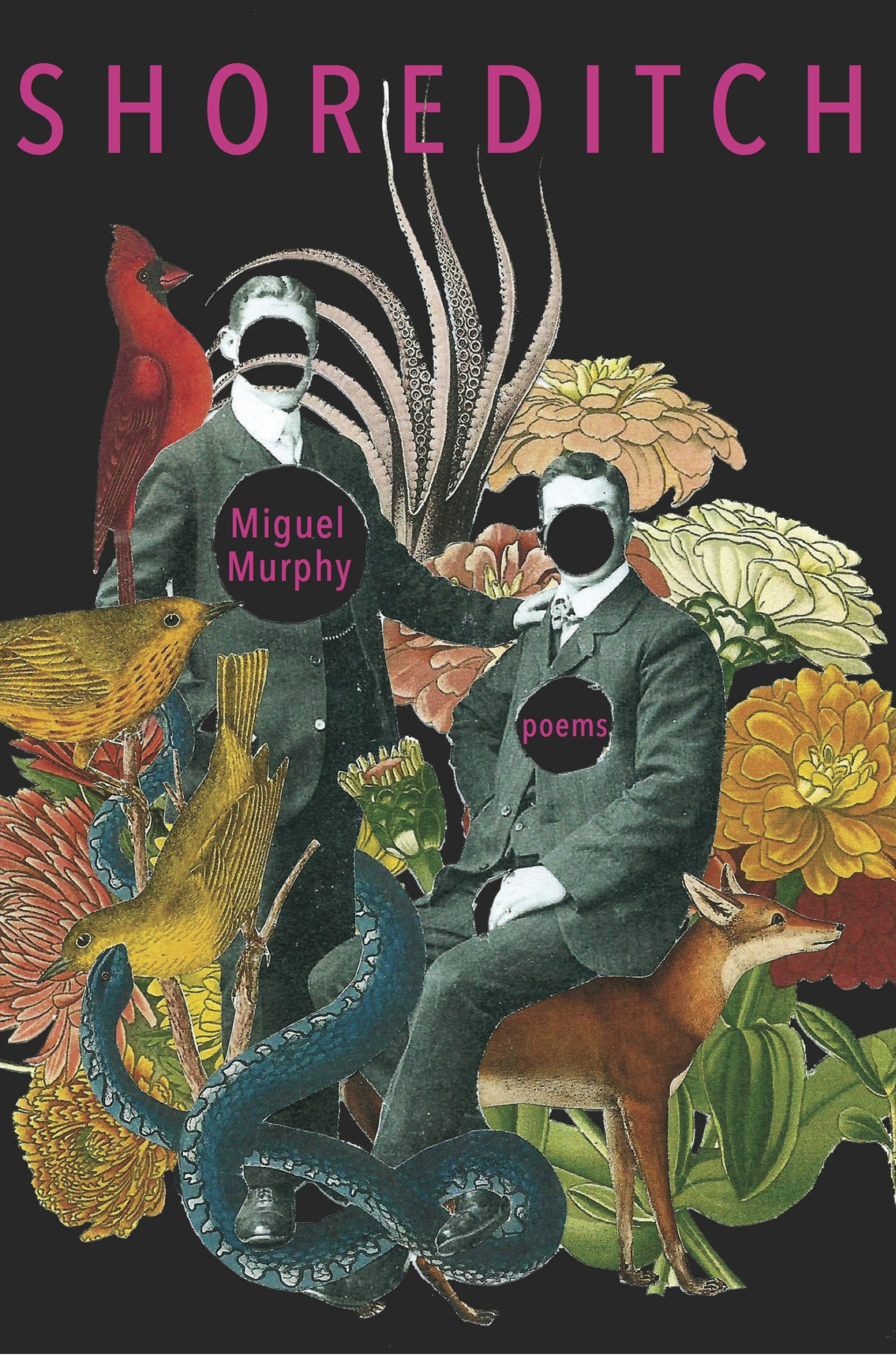 Shoreditch, the title of Miguel Murphy’s newest collection of poetry, is a brilliant if not challenging intellectual tour de force. Named after an area of London that became the center of Elizabethan theater, Shoreditch flourished as a fertile creative neighborhood while the puritanical city authorities of London proper banned the building of raunchy and low-class playhouses. With its breeding ground for minds unlawful and disorderly, and, with Shakespeare, that most sexually ambivalent young genius who introduced a new kind of theater peopled with dramatic historical personas, Murphy has found his objective correlative for his own historical identity.

In Shoreditch, Murphy freely populates his poetry with gay artists from the past. He fills his book with details and annotations that both enrich and parallel Murphy’s own creative life as a gay poet. His previous book Detainee showed his talent for richly imaginative invention, commanding a knowledge of art and literary history. Shoreditch continues and extends that love of gay artifice and dramatic history. Held together by short enjambed lines and tight stanzas, Murphy’s poems are voiced with breathless speed and first-person immediacy. These poems act more as notes, list poems of once secret histories. Murphy juggles fact and biography in such a way that readers will find themselves running exhaustive online searches to feed their curiosity and verify the arcane trivia that the poet has uncovered.

While a reader will often find themselves trying to decipher which figure is speaking and when, Murphy melds himself effortlessly into this maelstrom of voices. The echo of similar gay themes and overlapping histories throughout serve Murphy’s own poetic impulses. Attracted toward the dark and mordant, these gay historical prose poems are full of addiction, masochism, cruelty, and obsessiveness that leave us spellbound and exhausted by the sheer wreckage of it all.

At times Murphy dishes some queer artist’s past behavior, throwing in moments from his own life story, playing both outer and inner narrator. He tosses in campy quips or bittersweet asides. He delights in ironic pronouncements. Both curator and DJ, patient and analyst, Murphy has skillfully created this meta-contextual “playlist” using a tight self-disciplined verse format. As a result, I never lost my interest nor found it too fragmented or elliptical.

Vis-a-vis the great gay provocateur and towering artist, Oscar Wilde, the opening of Murphy’s “The Ballad of Gaol” reads:

“Homosexual” wasn’t even used
in print until 1892. LAD was 21;
Wilde, 37. Ex-boyfriends, Robbie
Ross and Turner, turned against them—
testifying: too brazen. An adjective.
To Carlos Blacker, another
good friend eventually advised:
“The best thing he can do is
drink himself to death, or better yet, shoot”—
The Blackmailer’s Charter of 1885; indecent
letters in the hands of Alfred Wood, a rentboy;
LAD’s father, the Marquess of Queensberry
(These antique names, so faerie!)

Murphy’s book, which is essentially an extended prose poem, favors short biographical entries, quick notations, fragments, and marginalia throughout. This style of commentary with holes, lapses, and sudden shifts of facts might suggest as well the epigrammatic way that gay men and their love relationships throughout history have been left often incomplete—leaving one to read between the lines. Gay male desire and artistic life have often become puzzles, provocations for solving obscure clues, personal innuendo, and coded secrets.

Before I close I must point out one thing further about Murphy’s masterful collection. In his poems, Murphy picks gay figures primarily from his own gay Latinx heritage: men such as Greg Louganis, Pier Paolo Pasolini, Manuel Puig, Caravaggio, and Lorca. Dazzling in his erudition, Murphy’s poems in Shoreditch cannot be unraveled in one or even two sittings. They must be studied in their brokenness yet taken finally as a whole, restored to a more fuller appreciation of gay literary culture and history.