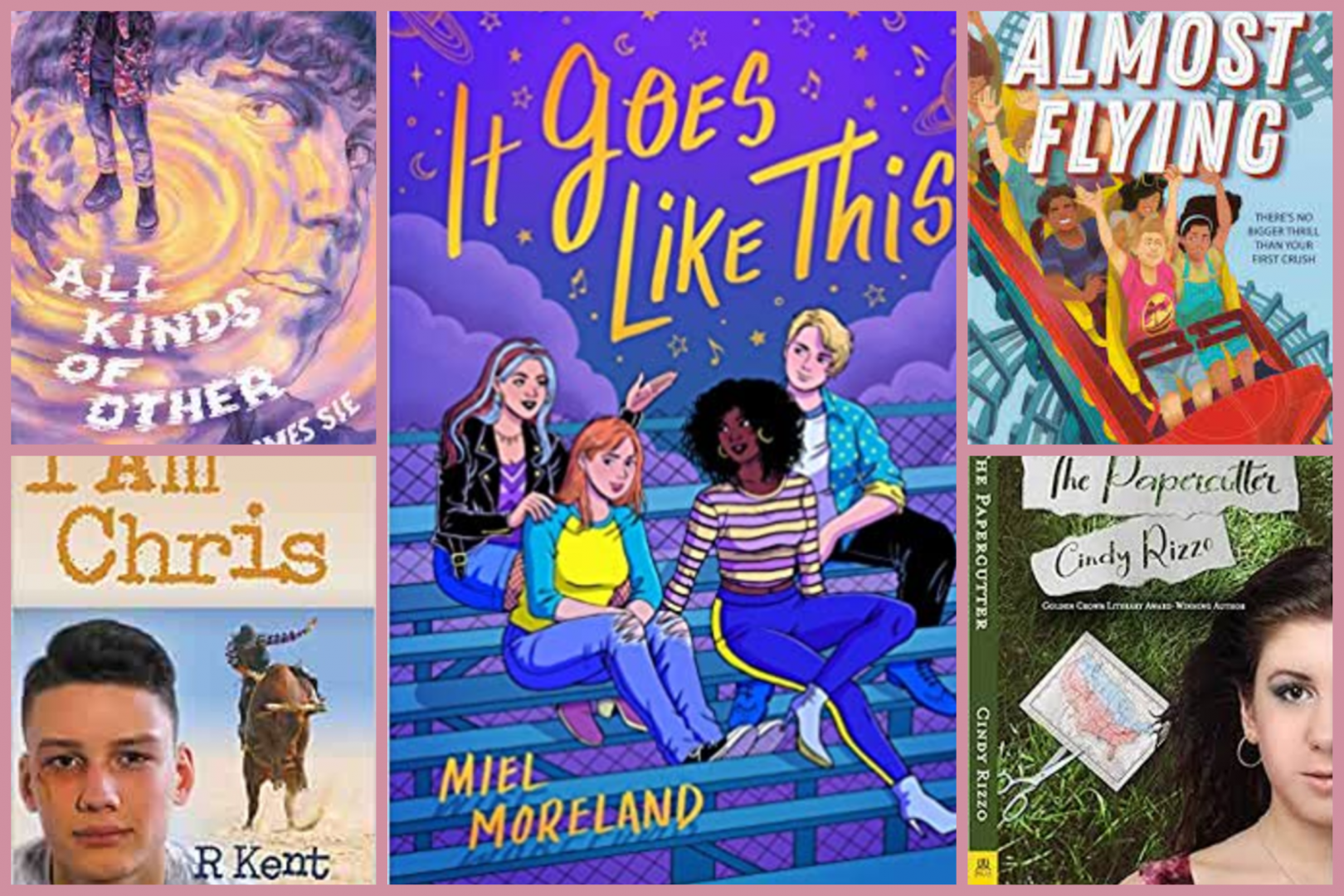 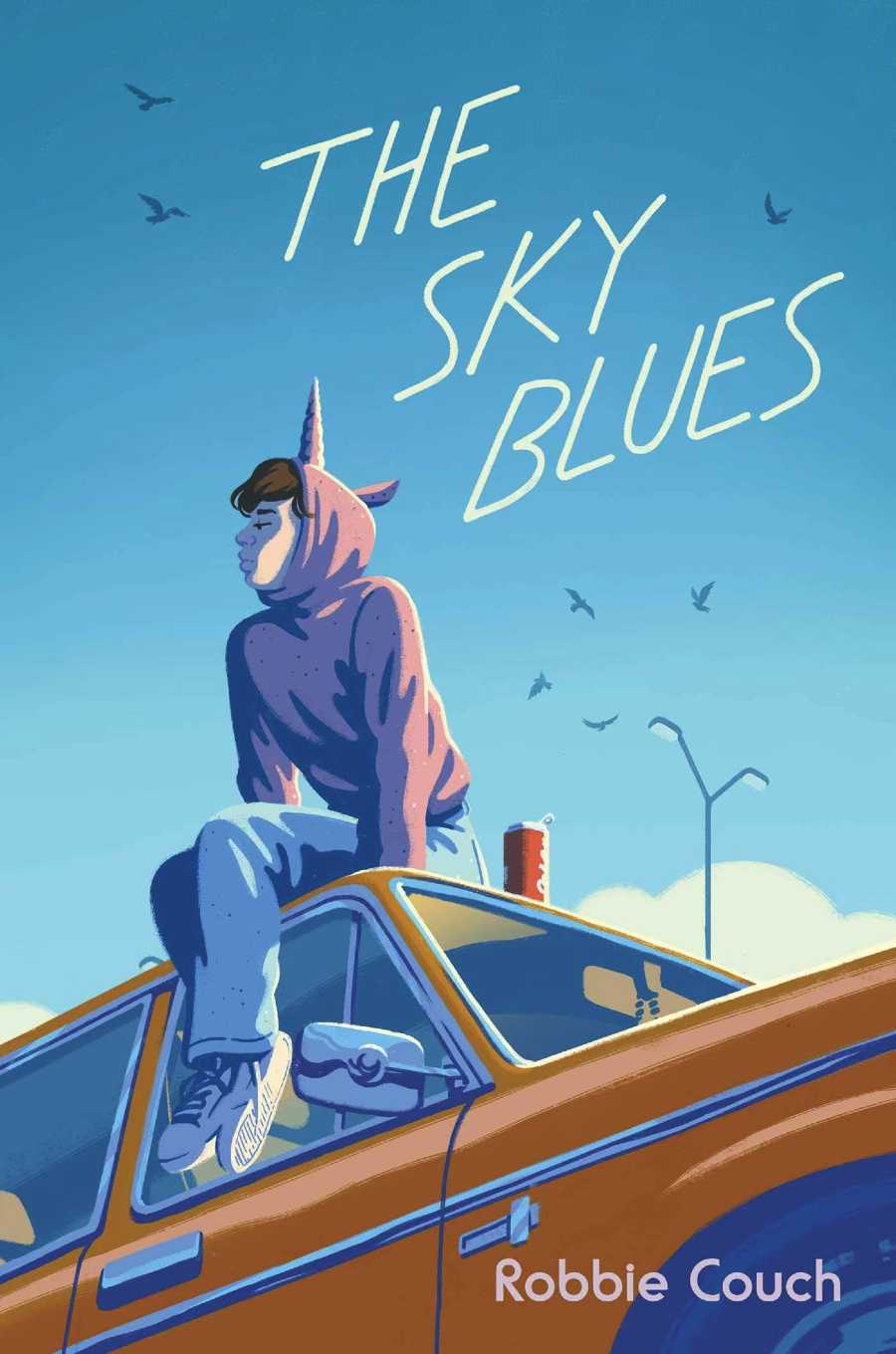 Thank Buddha more daylight is a promise we can count on soon — and along with it, queer young adult literature budding across rejuvenating fields. Let’s admire fourteen lovely spring blossoms for you to lay a blanket near to take in fragrant plots and ambrosial characters. (Hey, that’s only four to five reading picnics a month, right?)

April, known in the Midwest as a vainglorious member of false spring, one day honoring the sun, another dumping on the surprise snowstorms and ice showers, has five great coming-out/coming-of-age blooms for us, ones that will strive against any lingering bad weather as well as stretch into the good.

R Kent’s I Am Chris (April 1, Bold Strokes) gives Chris the chance to be himself, not the older sister everyone has always thought he was. Complicating matters is that the chance for authenticity has arisen because the family has lost their ranch and moved to a rented trailer. Trying to earn money to support the family, Chris unexpectedly chases a bull-riding title, letting him be honest about his skills.

Cousin to S.J. Goslee’s 2019 How Not to Ask a Boy to Prom, Robbie Couch’s The Sky Blues (April 6, Simon) ushers us into an airless small-town in which Sky’s promposal plans are revealed to his classmates via a homophobic e-blast. The twist here is that classmates join Sky on the hunt to expose the miscreant. Ooh, Sky better get that queer prom moment after all.

Theatre, a fiction that reveals truth, features prominently in Ray Stoeve’s Between Perfect and Real (April 13, Amulet/Abrams). Dean is a self-aware trans guy, but his classmates think he’s a lesbian. Oh, and so does his girlfriend. Dean ponders waiting till college to come out, but his current role of Romeo in the school play pulls at a desire for honesty off stage.

Too Bright to See by Kyle Lukoff (April 20, Dial/Penguin) visits the summer of pre-teen, pre-middle school Bug, who is trying to figure out how to tell best friend—the boy-obsessed, clothing-focused Moira—that Bug is transgender. But distracting Bug is a ghost, who is definitely haunting the house and is also maybe besieging Bug in particular too. The ghost is a mystery. Does Bug have to feel like one too?

Rae Spoon’s Green Glass Ghosts (April 27, Arsenal/Consortium), illustrated by Gem Hall, brings us back to the year 2000. Our nineteen-year-old narrator has left behind abusers and looks forward to fresh life. Soon, new friends, jobs, and spaces are wonderful, but what to make of the rising drinking, backbiting, and painful recollections? Might our hero learn to take care and form connections with others?

May, sometimes muddy, sometimes serene—and sometimes both simultaneously, right?—gives us three flowering love stories and the spikes of a drama.

All Kinds of Other by James Sie (May 4, Quill Tree/Harper) promises a tender coming-of-age story about a trans boy and a cis boy who feel the sparks while keeping their yearning relatively noiseless. Then a video connecting one of the boys to transgender media spreads, and they find themselves in an unwelcome spotlight. Will they turn to each other or choose easier paths apart?

Emery Lee’s Meet Cute Diary (May 4, Quill Tree/Harper) stays in the love-story realm—but think rom-com. In response to his trans-meet-cute online diary being exposed as pure fiction, transgender blogger Noah tries to prove his stories are real and starts fake-dating a fan. But will—gasp!—real love encroach on the ruse and mess with Noah’s idea of romance? Let’s hope so.

And, yes, we have a love triangle. In Cool for the Summer by Dahlia Adler (May 11, Wednesday/Macmillan), Lara, ever-desirer of football star Chase, gets thrown for a loop when her summer girlfriend (or was it just a fling?) transfers to her school. Of course, Chase starts noticing Lara just as paradisiacal Jasmine arrives. The recent past disorients the expected present as Lara tries to figure out who the heck she really is—and wants.

Philia accords eros a break in It Goes Like This by Miel Moreland (May 18, Feiwel & Friends/Macmillan). Four queer teen ex-bandmates reunite in the wake of a devasting storm. Will drama rise? Uh, yes. Will their reunion concert save the town? It has to, right? Will eros make at least a smidge of a visit? Perhaps as we learn more about Eva and Celeste’s romance.

Pride-month June means a full return to efflorescence. As we plan to trail our hands across fresh petals and have butterflies alight on our fingers, let’s consider five bursts that’ll provide a garden of contrasting delights.

Coasting near the Ben Platt-in-The Politician genre, Jasper Sanchez’s The (Un)Popular Vote (June 1, Katherin Tegen/Harper) has Mark running for student body president election, despite his father’s wishes. To appease his dad–who still thinks he has a daughter and not a son–Mark pretends to be cis, denying that he’s transmasculine. It goes OK at first. And then, of course, it does not.

Jay’s Gay Agenda by Jason June (June 1, HarperTeen) asks us a very important question: Who isn’t sick of heterosexuals going on about their hetoersexualness? In response, Jay makes a to-do list, transfers schools due to a move, and, wham-o, enters a world for the taking. But who does he become in all of it? And who has he left behind?

Julia Lynn Rubin’s Trouble Girls (June 1, Wednesday/Macmillian) offers a mix of crime novel, #metoo media attention, and a love-on-the-run story. Trixie and Lux leave for their peaceful weekend getaway, but it’s soon derailed by violence, and the high schoolers become fugitives. As they evade their pursuers, they hope their love for each other will keep them free.

Almost Flying by Jake Maia Arlow (June 8, Dial/Penguin) grants us Dalia, all ready for two summer goals: (a) finally ride a roller coaster; and (b) get a new best friend. But then her dad gets engaged and the new family stymies the plans. But soon Dalia learns of future stepsister Alexa’s girlfriend, and she’s faced with keeping a secret—which makes her question if she has one of her own.

Speaking of secrets, Cindy Rizzo’s The Papercutter (June 17, Bella Books) explores ones that may raise the ire of a government in a dystopian post-USA country ruled by the God Fearing States and United Progressive Regions. A papercut code cloaks communications for Judith, Jeffrey, and Dani, but can they maintain their camouflaged lives when they finally meet in real life?