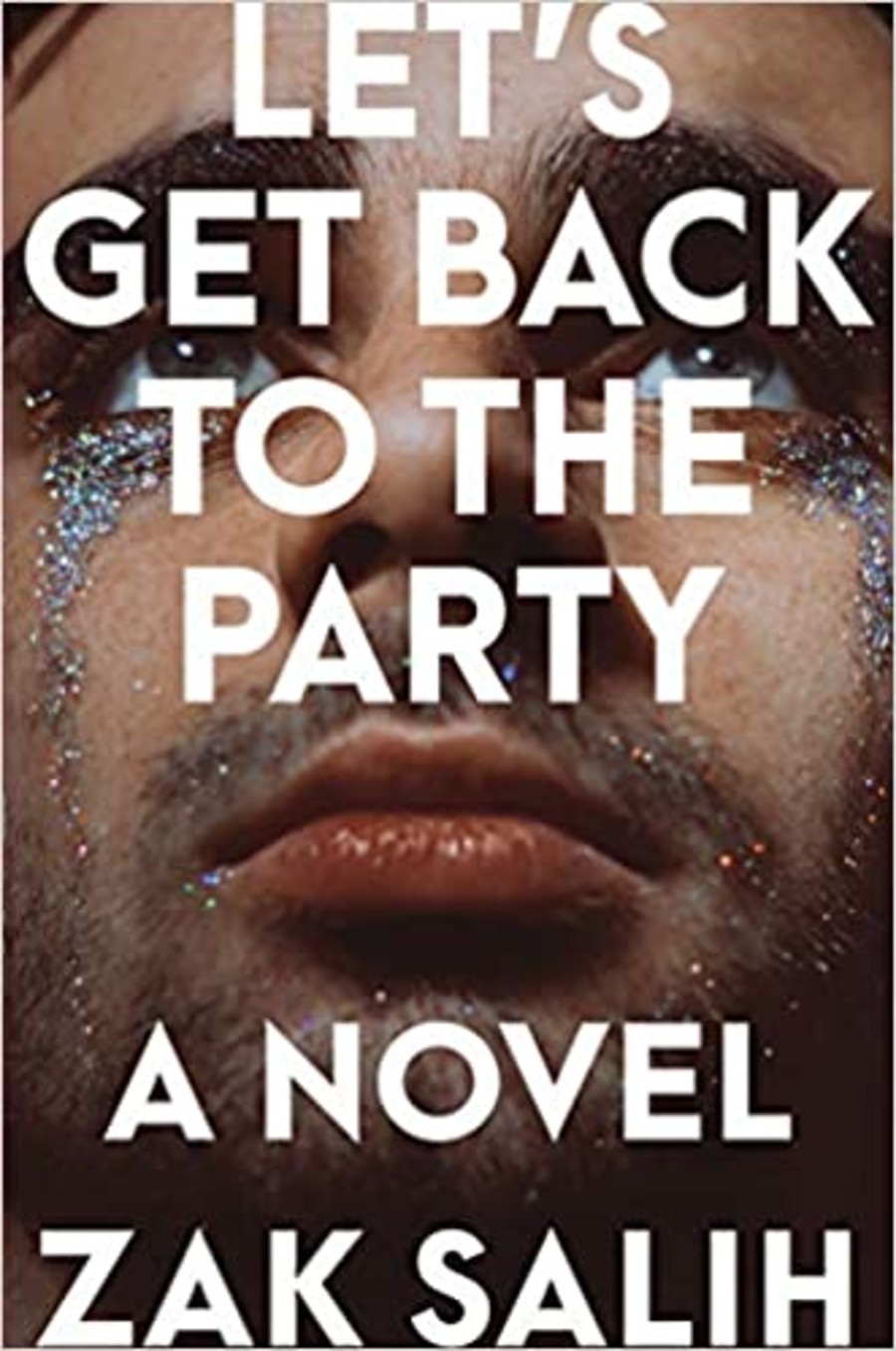 Queer friendships, in art as in life, are often complex. Zak Salih’s debut novel Let’s Get Back to the Party powerfully and broadly explores these friendships—the joys and tensions that exist within them, and the lines between platonic and romantic that can blur to the point of disappearance—celebrating the ways in which they help define us.

Shortly after the 2015 Supreme Court ruling on marriage equality, Sebastian Mote, a high school art history teacher, runs into his childhood friend Oscar Burnham at a wedding. In the decades since they last saw each other, Sebastian has faded from Oscar’s memory, while Oscar still occupies a potent space in Sebastian’s mind. As children, Sebastian’s role as Oscar’s protector defined their closeness—their friendship was a cocoon within which Oscar could forget about his difficult home life and severe father.

Now, at least on the surface, they couldn’t be more different. Oscar, distressed by the new “epidemic” of marriage, sees gay domestication as a death. He is equally affronted by the “colonization” of uniquely queer spaces—gay clubs attracting straight women, the gayborhood now “just another neighborhood.” Endlessly pursuing casual, detached sex as a distraction from everyone around him coupling off and settling down, Oscar is, at first, a frustratingly one-dimensional character. (Aware his friends see him this way, he can’t quite admit they’re right.)

After a chance meeting with Sean Stokes, an older writer whose frank, explicit autobiographical novels of 1970s gay life captivate Oscar, leading to a friendship and correspondence through which Oscar becomes enthralled by what he sees as a distant past where “being queer was still strange.” Sean’s words become manifesto-like truths for Oscar—amidst the tame “storybook love” now ubiquitous, he glamorizes a lost era of risky, rebellious sex, the “grit and grime … the sheer faggotry of it all.”

Meanwhile, a failed “experiment in domesticity” with a now-ex-boyfriend has left Sebastian single, housesitting at his father’s rural northern Virginia home. Unlike outgoing Oscar, Sebastian keeps to himself: avoiding the popular gay dating apps, he spends long afternoons at museums and pores over biographies of the artists he teaches. (One of the most moving and inventive episodes in the novel is an extended section in which Sebastian recalls moments in his boyhood through works of art—Copley, Turner, Pollock—interleaving these memories with the story of a gay student’s suicide at the school where he teaches. Perhaps, he argues, intimacy and artmaking come from the same impulse, that “uncanny, inexplicable compulsion” to reach out to another.)

Sebastian takes an interest in the self-assured, magnetic Arthur, a student whose “uncanny confidence” he admires and envies. Like Oscar and Sean, Sebastian and Arthur form something like a friendship, but while Oscar longs for Sean’s past, Sebastian yearns for Arthur’s present. For him, Arthur is a reminder of the desperation and shame of his own adolescence: “[the] boyhood I never had, the warped manhood I was stuck with for the rest of my life. … If I had his life, then I wouldn’t have to have my own.”

Salih treats his two narrators’ sensibilities with meticulous care. They begin as distinct voices: Sebastian’s episodic, digressive reflections, populated with nods to art history (“…flung across the flannel sheets like a troubled Fuseli dreamer”) are a stark contrast to Oscar’s snappy, bold observations, which pulse with attitude and sarcasm, recalling the bullet-like directness of cruising apps. But as the novel progresses, a shift takes place; the two voices blend and blur. Most strikingly, Oscar begins to transform—growth that is no less moving for its expectedness. His aversion to change yields as he starts to feel the hollowness in the reports he brings Sean of his sexual escapades; he attempts to frame queer rebellion in new ways. Sebastian changes, too. His friendship with Arthur allows him to reconsider how he sees himself as a gay man and to search deeply for the beginnings that lie within all endings.

In a letter to Oscar, Sean writes, “Perhaps experience without transformation isn’t experience at all.” Whether in pursuit of gay rights or in search of our own queer identities, what is the point of the struggle if we can’t, then, acknowledge and celebrate the progress? Salih addresses the queer “struggle” within and without—how the ways we fight in the community are always in conversation with the ways we fight within ourselves; our need “to be desired, to be seen” but also the need to look inward and see ourselves. Throughout the novel, Salih deftly captures the pervasive, intangible melancholy that can color experiences of detachment and isolation, writing movingly of the relationships—friendships and otherwise—that can bring us back from these moments. Let’s Get Back to the Party reminds us how we fight to keep going in spite of it all.