Honey Girl is a Tender Exploration of Identity and Place

Honey Girl is a Tender Exploration of Identity and Place 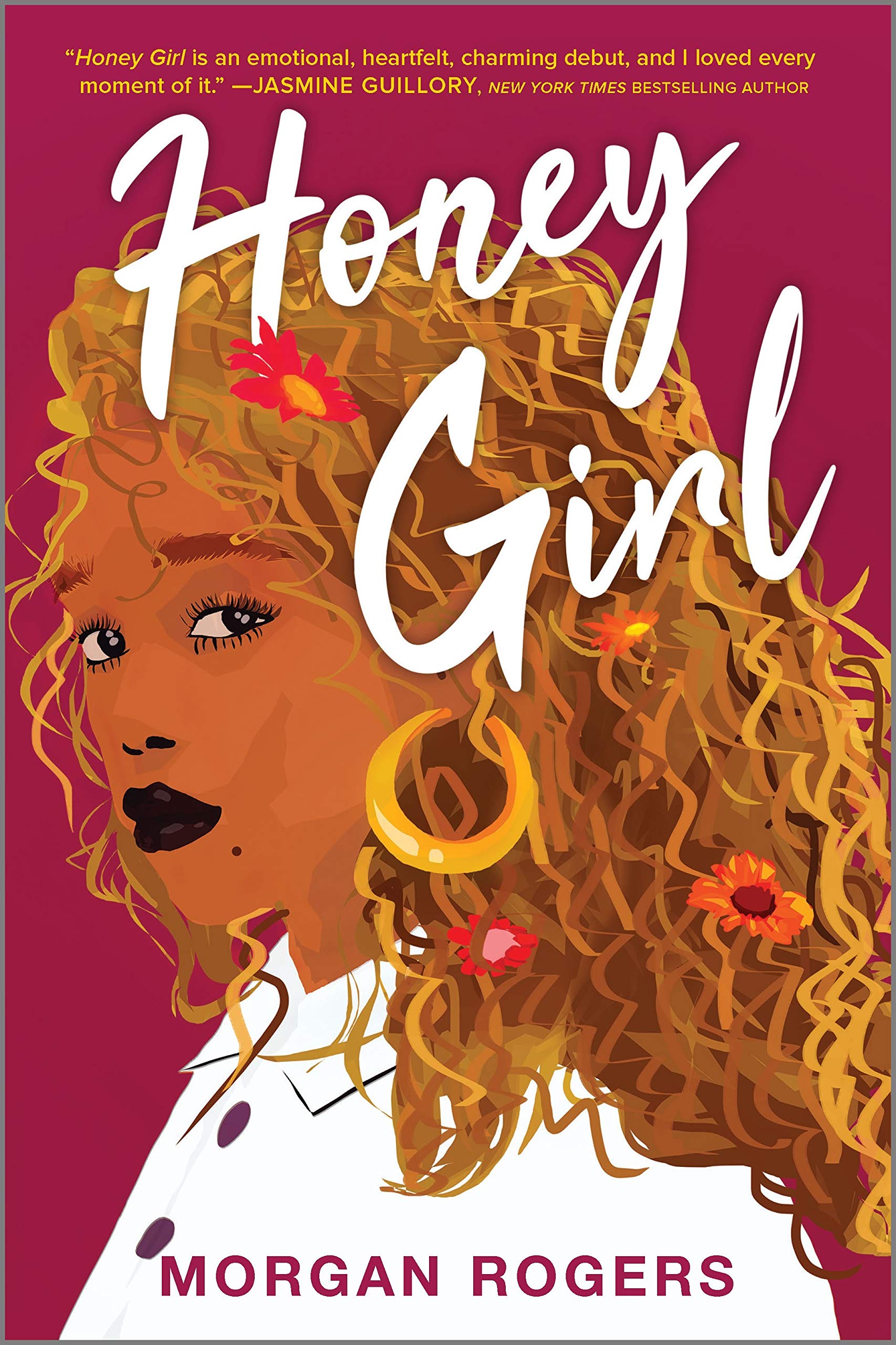 Morgan Rogers’ debut novel, Honey Girl, follows freshly minted Ph.D. in Astronomy, Dr. Grace Porter. After being set on one path for the last eleven years (her education), and finally graduating with her doctorate, Grace is at a loss as to what comes next.

Her perfect plan soon falls apart when she drunkenly marries a stranger on her graduation trip in Las Vegas and feels drawn to her unknown wife long after they go their separate ways. As the job rejection letters pile up in her hometown of Portland, Grace decides to take a chance and stay with her wife, Yuki, on the opposite side of the country in New York, shocking her close friends and strict ex-military father (who thinks she has a summer internship).

While staying with Yuki, Grace is in a temporary, safe bubble of love, isolated from her problems and anxieties. But when her professor emails her about more job opportunities, she and Yuki finally have to confront the world outside them, and Grace her deeper issues.

Honey Girl is a unique and beautifully written novel. Written in third-person present, it may take a few pages to mentally adjust to the prose, simply due to the fact that it’s a tense/perspective not often used. However, the overall diction and structure of the sentences are highly poetic which lends itself to the immediacy of third-person present.

Furthermore, the lyricism of the novel lends itself to gorgeous and lyrical writing. This is best seen in the way that Rogers uses astronomy as an extended metaphor throughout the novel, describing astronomy and the universe itself as “romance and mystery and poetic storytelling…within us.” In Honey Girl, astronomy itself is Grace’s “love language,” the way she connects with the world around her. In one of the novel’s more romantic scenes, Grace and Yuki go to an Earth and Space Center where Grace finally shows Yuki who she is: “Yuki listening so earnestly makes her loose and flushed and impassioned. It makes her want to tell Yuki all the ridiculous notions of the universe she keeps tucked under her breastbone, out of sight but thumping just as steadily as her beating heart.”

The stars and sky are Grace’s one consistent guide as she explores her quarter-life crisis. On the surface level, Grace is like any other millennial who suffers from burnout, decision fatigue, mental health issues, and cannot find a job, despite being highly qualified and educated. However, unlike any other millennial, these issues are compounded by systemic oppression thanks to Grace’s specific identities as a Black, queer woman, which the novel deftly explores and unpacks. At the beginning of the novel, Grace herself is afraid to acknowledge this truth herself, having shoved aside the years of pain due to racism and homophobia in her highly heteronormative and white-dominated field of academia. She also believes she simply can’t acknowledge the truth of what is happening to her due to her father’s rigid expectations for success. However, as she spends time with Yuki, Grace discovers that success may look completely different than she had imagined it, even if that also takes time for her to come to terms with.

Billed as a queer millennial rom-com, Honey Girl is three of those things, but it’s rarely comedic. The biggest issue with Honey Girl isn’t an issue with Honey Girl at all, but its marketing. While the hook of the book is a drunken wedding to a stranger in Las Vegas, a trope often used in romance novels but rarely seen from a queer perspective, the romance is not really a central element to Honey Girl. There are large sections of the novel in which Grace and Yuki don’t speak (for necessary reasons). The novel, as its title indicates, is about the Honey Girl herself, Grace, and her journey to find herself and her place in the world. If readers go in expecting a frothy rom-com, they may be disappointed by the novel’s deeper, thoughtful ruminations on self and the universe. But if readers know upfront that the novel is a tender exploration of identity and place that also has a sweet love story, there’s no way they’ll be able to resist the golden warmth of Honey Girl’s necessary and unique coming-of-age story.

'Eat Your Heart Out' By Dayna Ingram
Larry Closs: Bringing Back the Beats with 'Beatitude'
The Perfume Thief: A Story of Queer Bravery in Occupied Paris

Molly Catherine Turner is a writer based in Oklahoma. She wrote her masters thesis on the ideology of rap and has presented on various pop culture phenomena as Girls, Luke Cage, Toddlers & Tiaras, and Magic Mike at conferences across the country. Her work has been featured on Lambda Literary, Culturess, Dork Side of the Force, and ScreenRant.