Watch Her is a Standout Mystery and a Twisted Family Drama

Watch Her is a Standout Mystery and a Twisted Family Drama 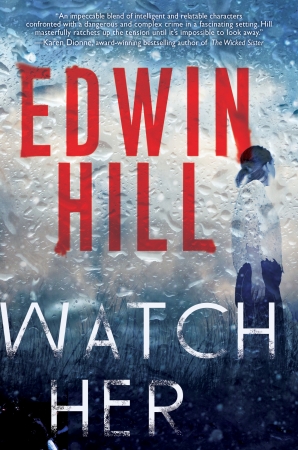 F. Scott Fitzgerald famously wrote “Character is plot, plot is character,” implying that to create successful fiction, these elements must work in harmony. Too often the mystery/thriller genre eschews complex character-building for plot, or verisimilitude for structure, or emotional heft for shock, which to a certain degree, is understandable. A good mystery, in particular, has complex mechanics at play, so balancing structure and character is a difficult thing to achieve. In his third Hester Thursby Mystery, Watch Her, Edwin Hill has accomplished that balance. It’s a novel that places character-development first, allowing the exploration of character to drive the plot, building gradually toward a satisfying and beautifully restrained conclusion.

The story focuses on the Matsons, a wealthy Bostonian family who run a for-profit arts school called Prescott University. Thirty-something Vanessa Matson—daughter of the owners, Tucker and Jennifer—serves as president, her unscrupulous husband Gavin functions as CFO, and Maxine Pawlikowski, a life-long family friend, heads admissions. Maxine asks Harvard librarian and amateur sleuth Hester Thursby and Detective Angela White, whose boss is Maxine’s brother, for help. Jennifer, a fragile shut-in, who’s still grieving the drowning death of her young daughter years ago, claims someone broke into their home, the restored Pinebank Mansion on Jamaica Pond. Both Hester and Angela sense that something is off about Jennifer and her claims. Soon after, Maxine asks Hester to use her research skills to locate missing Prescott students, propelling Hester and Angela into a dangerous mystery that could unravel the Matson family and even the school.

What I admire about Watch Her is that it takes its time. Sorry folks, no dead body on the first page! Frankly, after reading so many procedurals as of late, I found that refreshing. The storytelling isn’t locked into those all-too-familiar narrative rhythms. Instead, Hill focuses on developing relationships between characters, creating atmosphere, and infusing the story with an increasing sense of unease.

He filters the story through four different points-of-view, two of whom are series characters and two of whom are book-specific. We get to know Maxine, who has given her life to the school and to the Matson’s, perhaps to a fault. Her midlife mixture of loneliness, loss, and loyalty came through beautifully. We also enter the perspective of a young trans man, Barret, as he navigates his troubling relationship with the Matsons as well as his artistic ambitions. He’s sensitively drawn, and his independence and self-possession function as interesting counterpoints to the privileges and foibles of the Matson family. Angela—a fan favorite—is back, her gruff exterior and blunt demeanor concealing (just barely) her genuine affection for Hester. Hester, far from static, is as smart as always, meddling and irritating in all the ways beloved amateur sleuths should be. She’s also struggling to connect with her “not-husband” Morgan and reveal more of her past to him. He wants to tie the knot and draw her closer.

Although there are several well-developed queer characters in Watch Her—most notably Angela and Barret—it’s Hester that I’m drawn to the most. Perhaps it’s because she deeply embodies that sense of isolation that I recognize: the intelligent observer who must stand outside the drama a bit to understand it, a trait of many of the great literary detectives, which is at once a secret power and a curse. It’s this quality that allows her to navigate the dark core of the novel, especially its tragic moment of truth, with such compassion. She’s a striking series character, and I’d love to encounter her again soon!