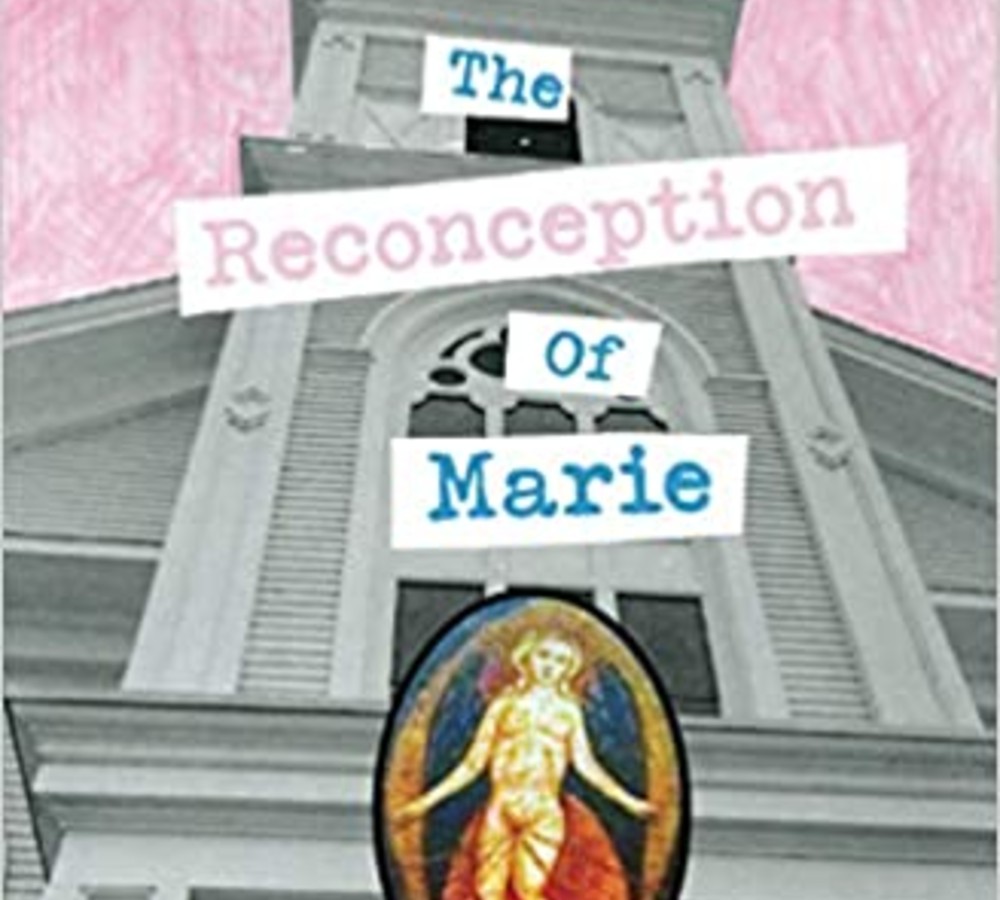 The Reconception of Marie Offers a Vibrant Queer Heroine

The Reconception of Marie Offers a Vibrant Queer Heroine 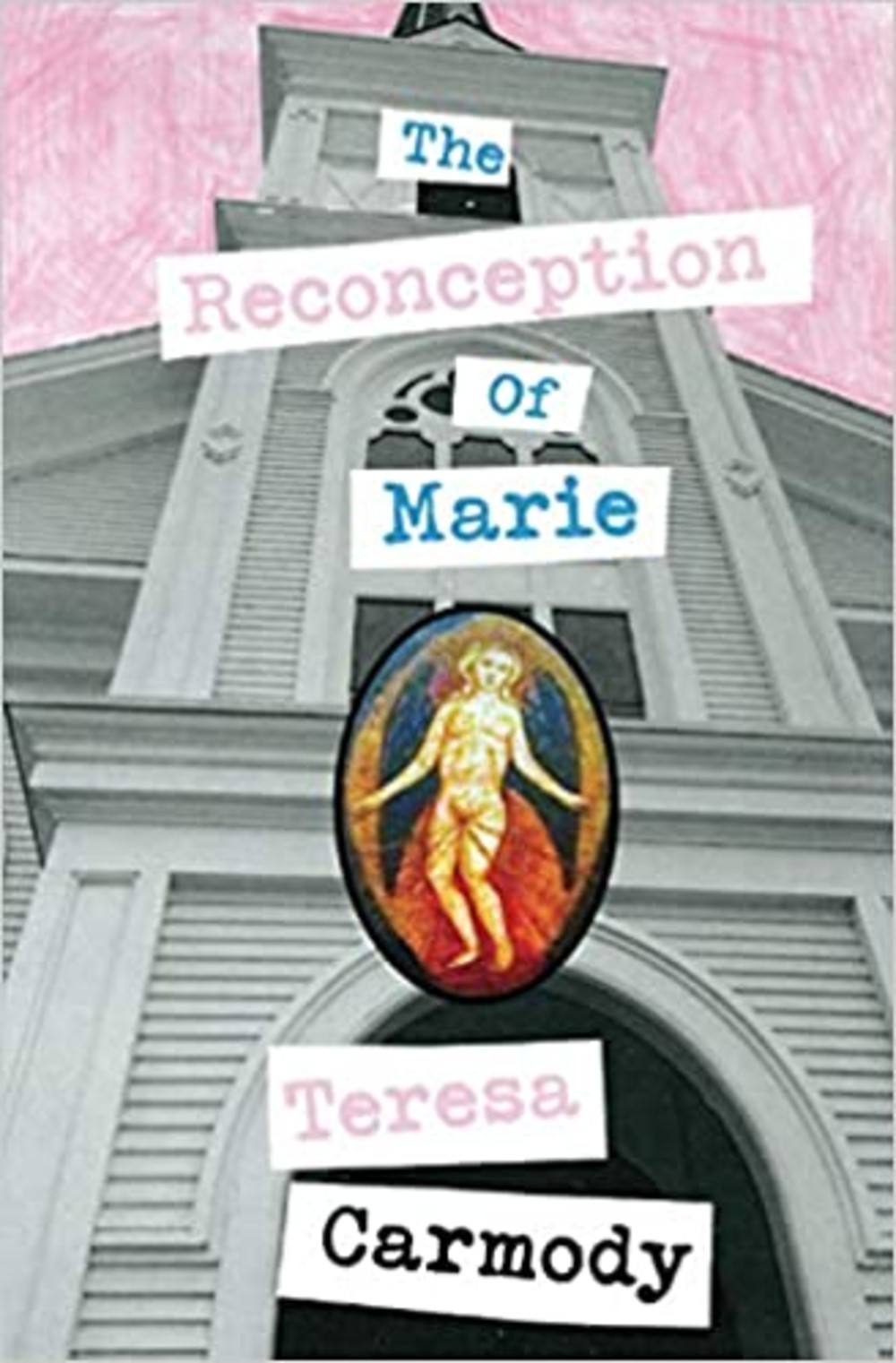 The Reconception of Marie by Teresa Carmody is a timely novel offering an important queer addition to, and significant improvement on, the recent corpus of teen trauma narratives written by Gen-X and early-millennial authors, birthed from the throes of the late-twentieth-century “Born Again” Evangelical Christian Movement. Set against the mundane backdrop of Western Michigan, Carmody’s vibrant heroine, Marie, an articulate “queer-child” and future writer, sidesteps normative, straight-forward, victim narratives.

As a non-straight female narrator with her own unique voice and experience, Marie defies feminine stereotypes. She is not interested in re-probing or deconstructing her childhood trauma.  On the contrary, cut to pieces by Evangelical Christianity (1980s-90s), her collaged form refuses erasure, conjuring “queer time,” to rewind and remix her past in order to reshape her present selfhood. Through a bricolage of layered storylines, diagrams, lists, and letters Marie coalesces before us, revealing a life that is equal parts horrifying and hilarious, tragic and thrilling.

Mostly told through her quirky 1st-person point of view, the nonlinear narrative shifts between Marie’s childhood and adolescent high school years. Attempting to make sense of the many permutations of society, culture, and her own body, Marie addresses the reader with the same intimacy as one might a diary. Third-person vignettes stitch sections together where, as an adult, she transforms the after-effects and trauma of spiritual abuse into stunning meditations on spiritual traditions and art, including an in-depth, ekphrastic exploration of Fra Angelico’s Annunciation. As a queer künstlerroman about the formation of a young writer, she remixes queer camp’s high and low culture, nostalgia and dark humor, with serious figures from history, legends of female saints, and descriptions of birthday parties at the skating rink. She remembers how, in one breath, she had thought that the Karate Kid was cute, and in the next breath had prayed for protection against demons.

The concrete, specific detail is breathtaking: it’s as if “Strawberry Shortcake”-loving, 13-year-old girls once again pressed their mouths, “stained lime green by 7-11 Slurpees,” to our hearts. In Carmody’s novel, where Marie, a queer teenage girl searches for love and freedom outside the religious strictures of the Born Again movement in her repressive midwestern community, love and freedom are policed through authoritarian-based fear. Seen through Marie’s, ingenuous bi-curious perspective, it’s as if she is handcuffed to the enigmatic figure, Jesus Christ. Later, as a young adult, we see Marie again experiencing a born again moment through the discovery of third-generation, lesbian-feminism, a movement that brings her more freedom.

One of the most gripping aspects of The Reconception of Marie is Marie’s experience of her body and sexuality, including the hate and misinformation she is forced to accept about “homosexuality” by the church. Evangelical Christianity exists under the following tenants: the Bible is the ultimate authority (as are the stewards of the Bible, who are mostly men); believers are “born again,” totally transcending sin by asking Jesus to enter their hearts and live; and those who are born again have the duty to convert others because, as Marie says at one point, “that’s what love look[s] like.” Purity is a premium. Sex, especially for girls, is forbidden. Delightfully, through Marie’s narration, Evangelical Christianity’s terrors for the teenage girl always ring a bit ludicrous.

The book opens with Marie’s anxiety about purity, sanctity, and sinlessness, including the purity, sanctity, and sinlessness of others, her “sinful” friends. Her world revolves around being spiritually armed, protecting her heart against worldly sins. Later, as an adult, Marie will question, “What is the difference between protecting and obscuring one’s heart?” She comes to understand that the complexities of her body, her gender, and her sexuality have all been controlled and manipulated by the Church. She begins to accept the incongruity between the religious beliefs pressed upon her (her non-consensual identity) and her experiences in the world as a young writer who intends to go to college. Marie’s solution, like the solution drawn by many queer girls, is to reject steadfast identity as a possible solution. She also rejects the preeminence of birthing and abortion metaphors (as imagined and medicalized by Western tradition), along with “rebirth” and “born again” narratives. Facing the myth of purity and perfection, Marie rejects even the societally imposed need for transcendence.

Healing from her spiritual abuse means accepting that she will never be totally healed, but that “something taken is also something gained,” a realization that makes her stronger. She embraces her ever-shifting body and lets go of her old life,”feeling how…. God is a shape-shifter, a trickster, with a wonderfully perverse sense of humor. This was the hardest beginning; it meant losing her life.” Only then can she conceive herself again, as the new self-authorized edition, through the process of writing.

PJ Carlisle is a former Lambda Literary Fellow in fiction. They live in Texas.
Katie Jean Shinkle is the author of three novellas, most recently Ruination (Spuyten Duyvil, 2018). She lives in Texas.

'Theatre of the Unimpressed: In Search of Vital Drama' by Jordan Tannahill
'Beautiful Game' by Kate Christie
'Prairie Silence: A Memoir' by Melanie Hoffert