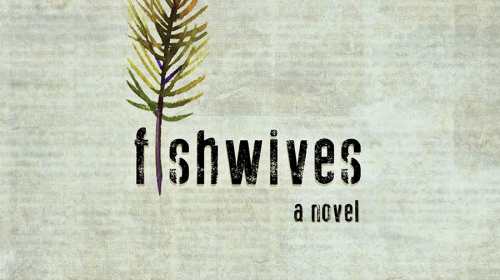 Sally Bellerose on Finding Humor and Tenderness in Conflict

Sally Bellerose on Finding Humor and Tenderness in Conflict 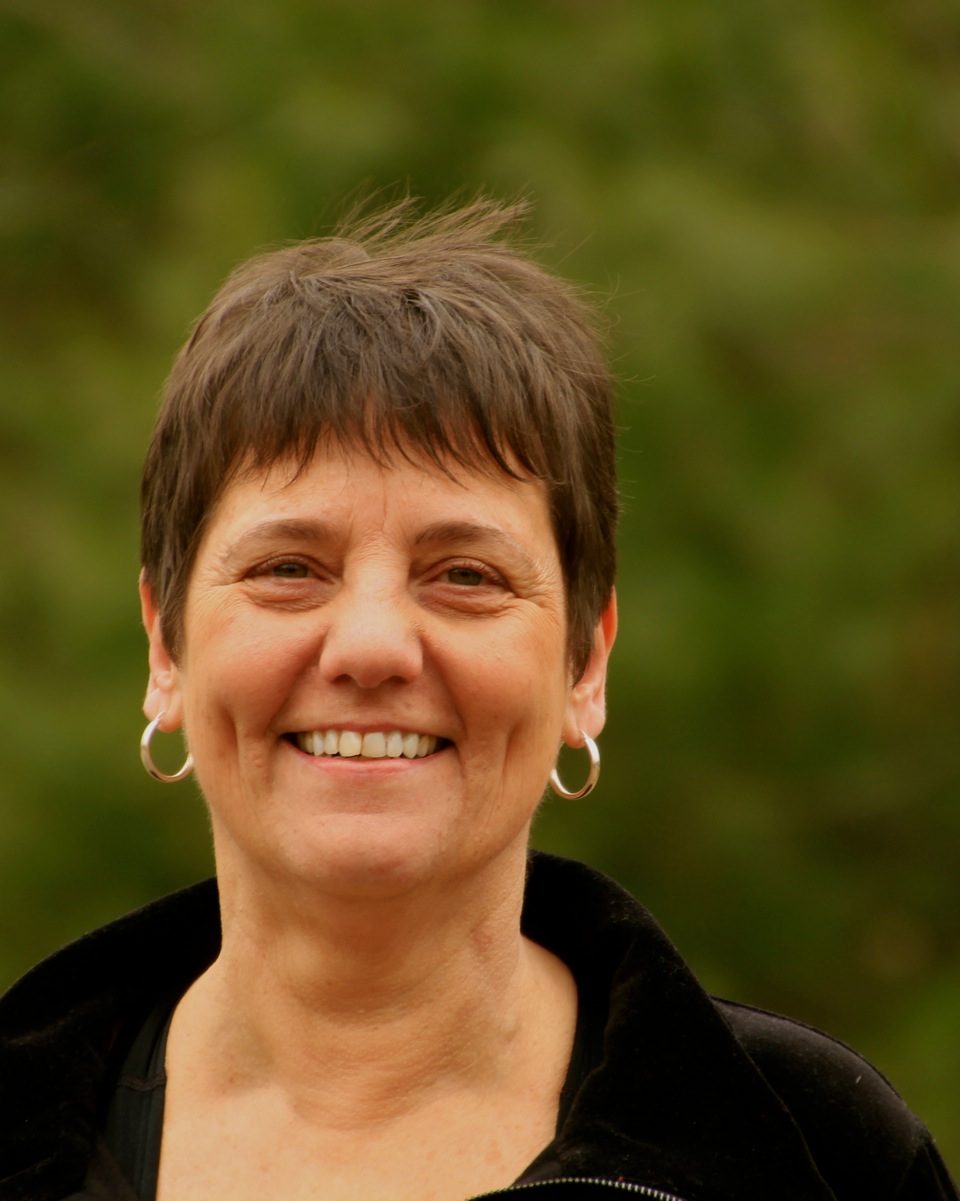 Sally Bellerose is the author of the novel Fishwives, out in February 2021 from Bywater Books. Her previous novel, The Girls Club, also from Bywater, was a Lambda Literary Award finalist. Sally’s fiction has received many honors, including an NEA fellowship, the Bywater Prize for Fiction, and the Writers at Work Award. She can also give a reading that will blow the roof off.

Sally and I met in the late eighties in Northampton, Massachusetts as members of the Valley Lesbian Writers Group. We’ve been in each other’s lives ever since. My writing could only be as funny as Sally’s in my dreams, but her work has definitely influenced mine.

The structure of the book, in which the characters ask each other for or evoke stories that take them back into the past, seems to be about story, memory, and aging. Is there anything you’d like to say about that?

We’re made of stories. Who we think we are–can be, believe ourselves to be in relation to other people–gets communicated through story. The glue that makes a story stick to memory and carry into aging is emotion. At one point in the book, Regina says, “Young people think about the future because they have so much of it. Old people think about the past because we have so much of that.” What makes a story one that will become a remembered part of the past is the feeling tied to the story.

Why did you pick that title?  It’s not about fish, is it?

Originally Fishwives was an homage to my mom yelling, “Lower your voice. You sound like a fishwife.” It was a placeholder until I came up with a real title. “Fishwife” is a term used for a coarse woman prone to shouting. Traditionally, a fishwife was the wife or daughter of a fisherman, a lower-class working woman, as are the protagonists in the novel. The first memory/story takes place in 1955. The term seems to fit the image many people had of lesbians and uppity women. If we can reclaim queer, we can reclaim a slur for women with big mouths.

What drew you to write about old women who have lives full of love, joy, mistakes, community, and, on top of all that, material poverty?

The old and aging women I love (hello Susan) live lives full of love, joy, mistakes, community. And some of them, material poverty. I’ve worked minimum wage jobs, been on welfare. I’m a retired RN, aware that unequal opportunity, accident, illness, a twist of fate can keep and make people poor. Poor old queers exist and are rarely depicted in narratives in our full humanity. Rarer still are representations of old people’s sexuality. I wanted to see these characters on the page.

What kind of research did you do to write about lesbians who are roughly a couple of decades older than you?

Some historical content, the assassination of President Kennedy and marriage equality in MA, I remembered but researched to check dates and details. Historical markers anchor time and setting. Looking at old photos and newsreels helped me understand how the era shaped the characters. I was born in 1951, so the bar scene in 1955 was research and imagination. The Sea Colony in NYC was a real bar that Joan Nestle, one of my favorite authors and early publishers, wrote about. Sometimes research makes me nervous. For example, I’ve had three separate friends correct the address for The Sea Colony. None of the corrected addresses are the same.

Regina and Jackie develop deep relationships with children in their neighborhood. Jackie, who is more on the butch side of life than Regina, has a particularly strong connection with the kids. How did you approach writing about TJ, Ramon, and Pock across generations and cultures?

The kids in the book are Puerto Rican Americans. I’m a sixty-nine-year-old white woman. I worry about cultural appropriation, stereotyping, disrespecting, getting it wrong. Writing any character requires consideration, and characters not of my own culture more so.  I research and read. I don’t think I’m alone in worrying, researching, reading, and trying to get closer to right, while also believing that leaving characters out of a story because I’m worried is wrong. I grew up in western Massachusetts, which has a sizable Puerto Rican population. I drew characters from kids I know, like my fourteen-year-old grandchild.

There are a lot of great fights between people who love each other in the book. Regina and Jackie mostly, but TJ and Ramon, too. They are serious, but there is almost always something funny or ridiculous about them, too. Do you have a philosophy of fighting? Or of how to be funny?

I think misunderstandings and fears, big and small, are what we fight about and what make us laugh. Risk and exposure can put people in a fighting mood and are part of the formula for how to be funny. The point where one person is ready to let another in, even for a moment, to show vulnerability, that space, is often funny or might get you a punch in the nose. Leaving space for the listener/reader to find a bit of tenderness is probably a good idea in humor or conflict. My personal taste in humor runs toward absurdity where all parties can admit something is unreasonable.

This is an annoying question. I’ve read this passage to a room full of queers several times and it’s the lesbians who usually laugh. I’ve noticed that people most like me often annoy me most. Regina loves Lynn more than anyone, excepting Jackie, her number one annoyance. These are strong-willed women. Could it be that strong-willed women are perceived as annoying, even by other women?

More advice from Regina: “…if there is one piece of advice Regina would like to bestow on the youth of today, it would be to make and save money when they’re young so they don’t have to work part-time in a card shop when they’re in their seventies. Also, they should stop taking razors to their pubic hair. It will be gone soon enough.” Care to weigh in on those matters?

Yes. In the matter of pubic hair, I am prochoice. In my personal life, I am pubic hair friendly.

There is thoughtful, tender writing here in favor of nosy old women stepping into their beloved neighbor’s lives when there’s trouble instead of calling the police. What inspired you to write those scenes?

A life lived in more than one neighborhood where calling the police would not necessarily bring a better outcome than stepping in. I was a volunteer and board member of one of the first women’s shelters in MA in the early 1980s and learned that police could sometimes help and sometimes exacerbate volatile situations.

What’s the appeal of a dump?

My beloved’s happy place is the dump. The dump featured in the book would more correctly be called a landfill. I have a romantic, probably misremembered childhood experience of going to a dump near my Uncle Louie’s farm. There was a bull penned on his land adjacent to a big explorable dump. We were, of course, told to go nowhere near the bull or what lay beyond. It was all I could do to keep that bull out of Fishwives.

Regina’s favorite way to look at the world is “leaned into Jackie with Jackie’s arm around her.” As a single person living alone during the pandemic, the physical contact in the book filled me with yearning. Is it hard for you to be with this book which has a present set in 2017 from this moment in early 2021?

It’s hard to be in 2021. I love and respect my friends and community and miss their physical presence, too. I love and respect the characters in this book. Giving them a presence in the world gives me hope that we’ll make it through these way-too-interesting times by leaning into each other in whatever ways we can imagine.

A novel that comes in and out of the P.O.V of Billy, a man full of emotion, in his forties. He is nonverbal, blind, profoundly developmentally challenged, institutionalized. Another culture, for sure.