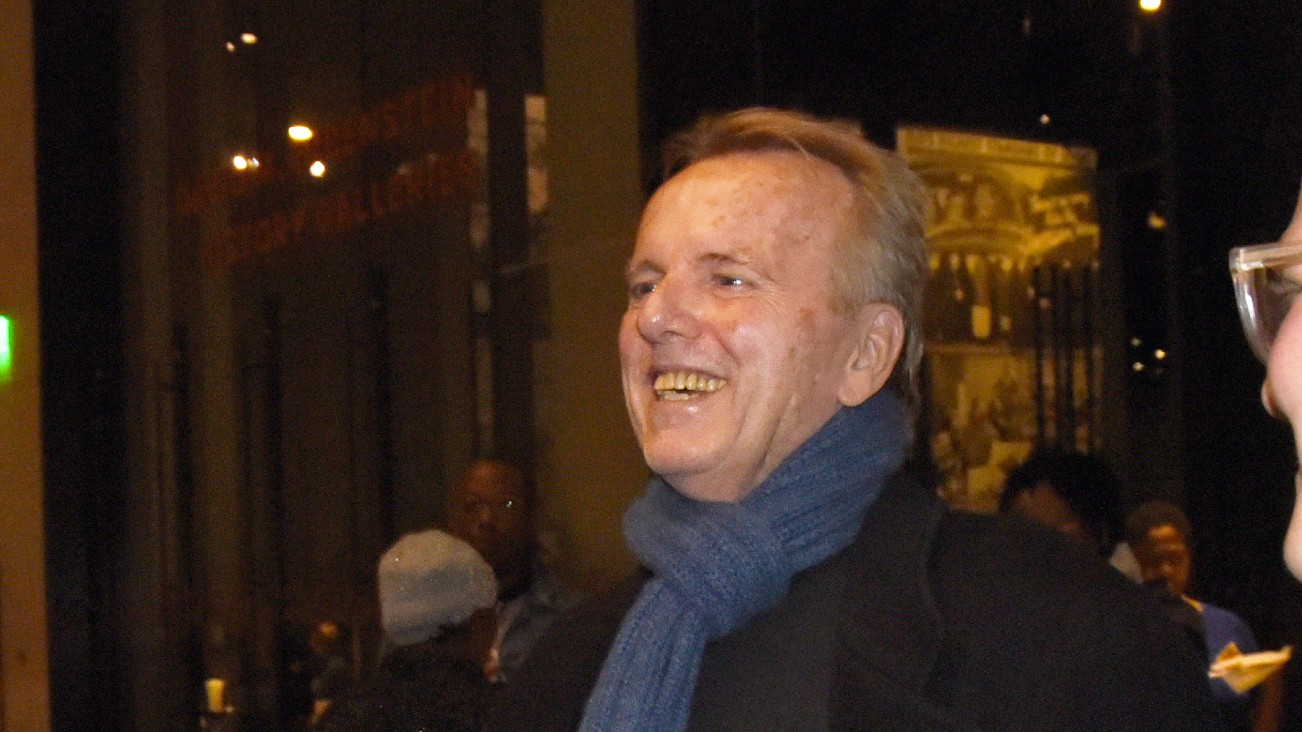 What He Lived For: Remembering Richard McCann

What He Lived For: Remembering Richard McCann 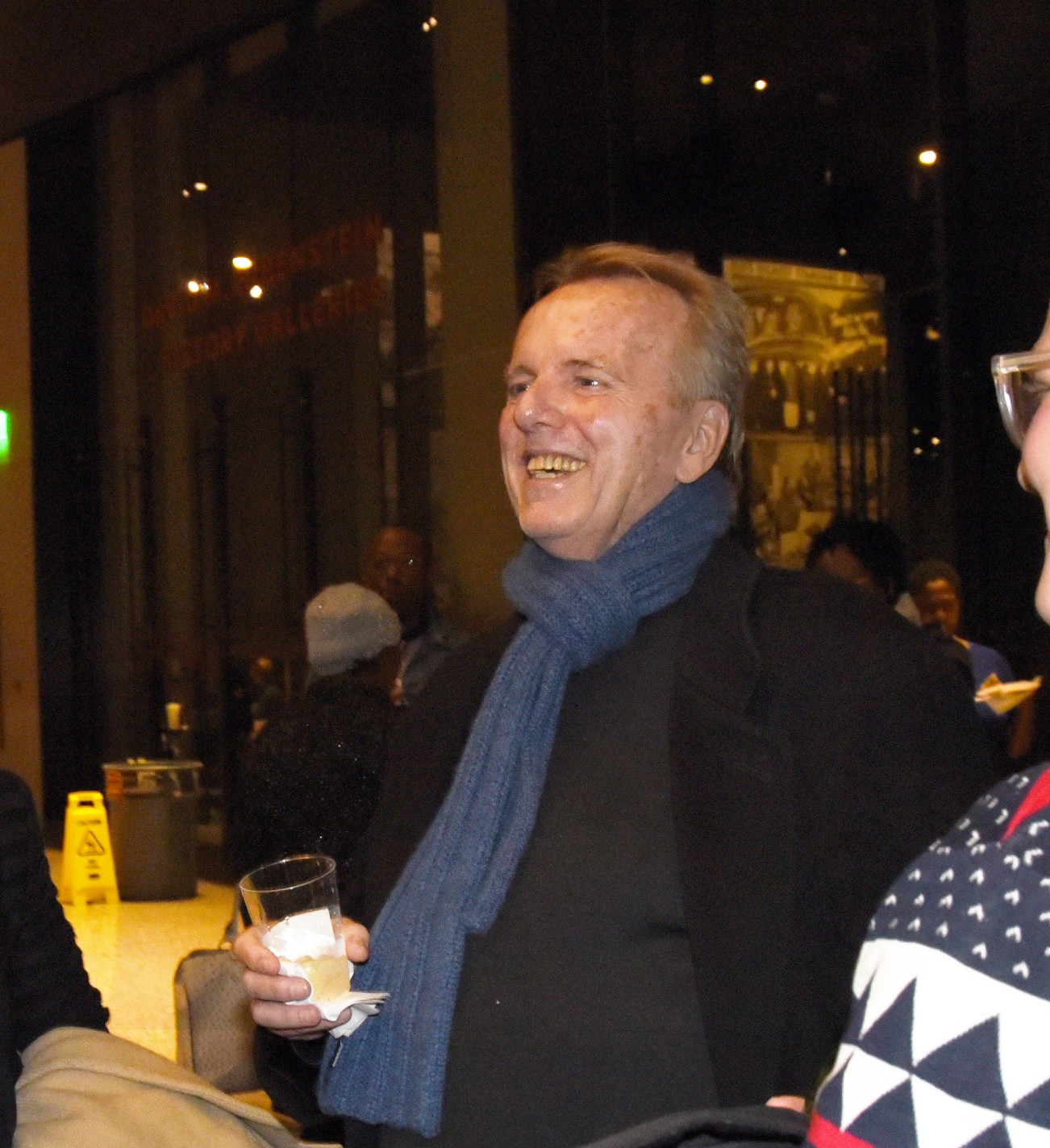 On September 14, 2020 Richard McCann gave what would be his last public reading in an event hosted by the gay poet Jason Schneiderman via Zoom from the KGB Bar in the East Village. Richard was at home in his study in Washington, D.C., peering at us through the screen in one of his signature pairs of ever-changing eyeglasses (black-framed this time around), his overflowing bookshelves in the background. With characteristic wit he prefaced his reading by describing himself as “the slowest writer in America and the Underworld,” and proceeded to share an excerpt from The Resurrectionist, the book he had been working on for close to two decades that movingly explores his manifold experiences as a liver transplant recipient.

The LGBTQ literary community suffered an incalculable loss when McCann—writer, poet, professor, and mentor extraordinaire—died on January 25, 2021. He was the author of the collection of linked stories Mother of Sorrows (2006), an ALA Stonewall Honor Book and Lambda Literary Award finalist rightfully described by Michael Cunningham as “almost unbearably beautiful.” It won the John C. Zacharis First Book Award. His poetry collection Ghost Letters (1994), also a Lambda Literary Award finalist, received a Beatrice Hawley Award. With Michael Klein he was editor of the important poetry collection Things Shaped in Passing: More “Poets for Life’ Writing from the AIDS Pandemic (1995) which included poems by Henri Cole, Melvin Dixon, Richard Howard, Marie Howe, Carl Phillips, and Paul Monette, among many others. His own work appeared in Esquire, the Atlantic, and Tin House, and was anthologized in The O. Henry Prize Stories 2007 and Best American Essays 2000. He was the recipient of a National Endowment for the Arts Fellowship and a Guggenheim, the latter for The Resurrectionist.

I first heard Richard read from this remarkable book project back in the summer of 2006 at the Fine Arts Work Center, a place he loved dearly and where he had twice been a fellow. I was slated to start my MFA in Creative Writing at American University a month later and I had only met him once before, when I drove down to D.C. and somehow talked myself off the waiting list and into the program. I had just read Mother of Sorrows and loved it, and the great Andrew Holleran taught there too. I had to study with them.

After his packed reading that night in Provincetown, Richard was swarmed with friends and fans, of which he had so many. (Inevitably when two people realize they both know him the response is never muted; instead it’s “Richard McCann” with an emphasis on multiple exclamation points). Yet somehow he spotted me and came over to usher me outside into the warm summer air for a cigarette. Richard had the uncanny ability to make you feel seen and special and known, and I felt that way immediately with him. It’s a quality that contributed to his great work and influence as former President and Chair of the PEN/Faulkner Foundation, member of the Corporation of Yaddo and Board of Trustees of the FAWC, and perhaps most powerfully as a professor at American Unversity where he taught from 1988 to 2017, including the fourteen years he served as the Director of the MFA Program. It’s also part of why he had such a breathtakingly wide network of friends and loved ones of so many stripes and orientations who were all drawn ineluctably into the orbit of his distinctly queer mode of kinship and love.

My time as his student at American University was life-changing, as it was for so many before and after me. I arrived with a jumble of projects to work on. One was about my favorite author, James Baldwin, both biographical and personal, pulled from the wreckage of an abandoned academic book project. I also wanted to write something at the crossroads of fiction and memoir about my outrageous, estranged gay uncle whose favorite novel was Holleran’s Dancer from the Dance (“the story of my life,” he called it). Richard supported it all, and gave me copies of his chapbook Nights of 1990 and Things Shaped in Passing to help deepen my understanding of my deceased uncle’s era.

My uncle’s name, coincidentally, was also Richard. Richard McCann and I joked that he was my Uncle Richard now and somehow this felt exactly right. He helped me see that the divisions I’d built up in my mind between fiction and non-fiction, the scholarly and the personal, were artificial and unnecessary. What mattered was the writing itself.

Near the end of his reading for the KGB, Richard asked himself, rhetorically, what he “lived for.” His answer? “Work and love.” For him, they were inseparable. Indeed, some of his most magnificent work excavates his deep and complicated love for his mother, immortalized as the fictional Maria Dolores in incantatory sequences like this one from his story, “My Mother’s Clothes: The School of Beauty and Shame” (1986):

the Cigarettes; Our Mother whom I adored and who, in adoring, I ran from,

Love, and loss, and in particular how they make their presence known in and through the body, also infuse his poetry, notably this excerpt from Nights of 1990:

What I could not accept was how much space

his body was taking with it; for instance, the space where

I was standing, the dazed fluorescence of his hospital room

where each night I watched him sleep. So this

is the spine, I thought, this articulation

of vertebral tumors, this rope of bulbous knots;

tissue, I thought, as I studied his yellowing skin—

Afterward, I waited in the corridor.

When I came back, he was alive and breathing.

Here, let me rub your back, I said.

Was it true, what I’d heard, that the soul resides in breath?

Was it true the body was mere transport? I untied

the white strings that secured his pale blue

from his shoulders. I rubbed his back.

I rubbed his back. Not so hard,

he said. I don’t need to be burnished yet.

The last time I saw Richard in person was when he strode into the Smithsonian National Museum of African American History and Culture on December 15, 2018 looking stately and dapper in his jacket and scarf. He was there for an event celebrating a new edition of a Baldwin book I’d recovered. Within minutes he was encircled by my friends who’d come down from New York, none of whom had met him before but who were already, of course, beyond enamored of him. He congratulated me on the new edition and my book contract for a Baldwin biography. But he also made sure to prod me, gently, that I also had to return to writing the book about my uncle, which I appreciated. Once again, I felt seen.

Since then I texted and called him periodically to check in on him. The last time we spoke on the phone was in the fall of 2020. All things considered, given the pandemic, he sounded well. He was lonely but he also felt enormously boosted by weekly Zoom sessions with a close group of poet and writer friends that had formed. Most exciting, he was writing again, in earnest, nearing the end, he said, of The Resurrectionist, a boon and balm for the world.

As our call neared its conclusion, I reminded him, as I often did, of how people always talked about how they adored him and how much they loved him. He didn’t quite seem to believe me (after all, on his gravestone he apparently requested the engraved words, “Do you like me?”). But I could also tell how much he loved hearing it. So I’ll say it again now, just as I did before I hung up the phone with him for the last time: I love you, Richard.

23 Highly Anticipated* Books of 2011
Publishing Ins and Outs: Do I Really Need an Agent?
Dawn Martin Lundy: On the Power of Forgetting and Her New Collection 'Life in a Box is a Pretty Life...

Nicholas Boggs co-edited and wrote the introduction to James Baldwin’s 'Little Man, Little Man: A Story of Childhood' (Duke, 2018). He is currently a 2020-2021 Fellow at the Leon Levy Center for Biography where he is at work on a literary biography of Baldwin to be published by Farrar, Straus, and Giroux. A portion of his MFA thesis at American University, “East Tenth Street, 1999,” was originally published in 'Chelsea Station' and selected for Best Gay Stories 2013. He teaches in the Department of English at New York University.