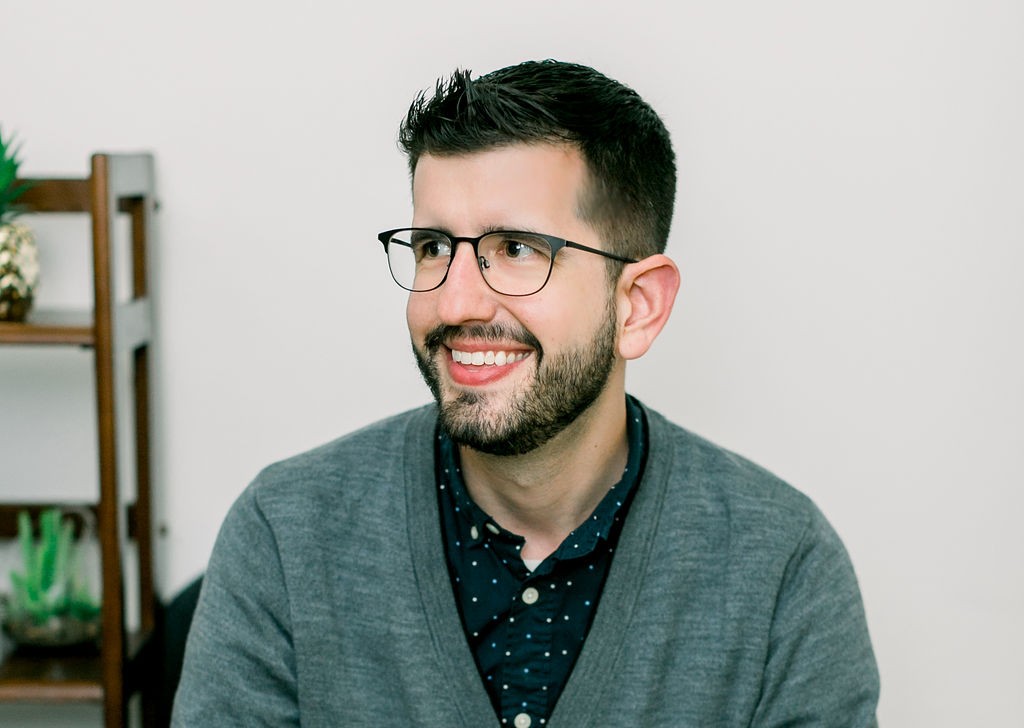 Phil Stamper on the Thrill of Figuring Out Where You Belong

Phil Stamper on the Thrill of Figuring Out Where You Belong 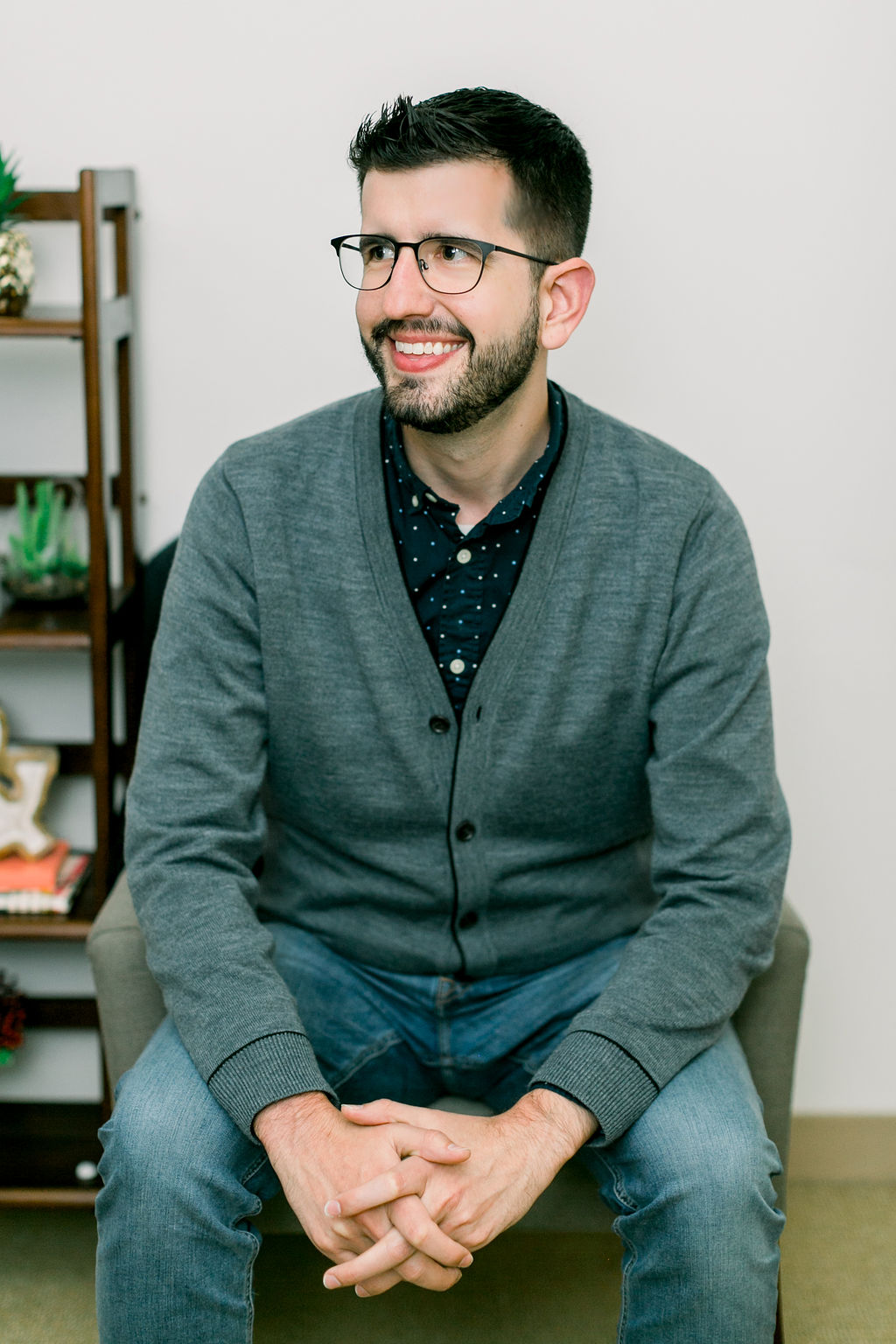 Imagine it: You’ve flown across the world to get away from your suffocating family. Finally getaway. And what do you find in the new land? Excitement sure–but also a familiar question that you swear you did not pack: “Where do I really belong?” Author Phil Stamper needles us with this question in his new novel, As Far as You’ll Take Me (Bloomsbury). His hero Marty lands in London, oboe and summer-job savings at hand, where he can finally be openly gay. No parental disapproval on this side of the pond. In fact, he starts making friends, even a boyfriend. But soon he wonders, what is happening back home? It’s not like he doesn’t miss some things, even if “home” didn’t fully accept him. Will Marty’s dwindling savings and no dream job secured mean he has to rely on his family again?

If you know anything about the work of Phil Stamper, it’s not a spoiler to say that hope often outshines fear for the queer characters that populate his books. It is that sense of hope that pushes the narrative of As Far as You’ll Take forward, while also inspiring readers to discover new ways to be themselves

What inspired you to write As Far As You’ll Take Me?

I took a lot of inspiration from my own life while writing As Far As You’ll Take Me, which is why it’s such a personal story to me. As a queer teen, I always felt like I needed to escape my conservative rural village, and I was able to do that in college, studying music, falling into a group of wonderful and accepting friends who became family. But even though I could finally be myself for the first time, I really had to come to terms with my anxiety. I fell in love with the wrong guys, and I struggled with a ton of body image issues. There’s something that just about anyone can relate to in this story. Whether it’s finding the right ensemble in life, or looking back at some of the questionable choices you made on your journey to find love and acceptance for the first time.

The novel is a really grounded portrait of the struggle queer young-adults face in making a home for themselves outside of a familial structure. Did you draw on any personal experiences to craft such a fully realized narrative?

When I moved to London for grad school (well into my twenties) it was one of the most stressful times of my life, and my anxiety was out of control at that time. Just…layers upon layers of worry, and I think that’s such a realistic experience for anyone who’s had a large move like that. But one thing that grounds the story is in the hope Marty has throughout the story. Weaving in hope like this was so important to me because that kind of excitement is what people can identify with, even if they’ve never had a move quite like this.

The protagonist in As Far As You’ll Take Me is constantly asking himself, “Where do I belong?” This a powerful question that I am sure will resonate with many queer readers.

This is absolutely a theme that readers will see in the book, and I do hope they ask themselves that question. For Marty, it’s amazing to see him work his way throughout the story, growing as a character, finding ways to cope with the things that challenge his goals. But I do think that the answer to this is that “Where do I belong?” rarely has a clear answer. It changes all the time, and it’s about figuring out who’s on your side in the world. As an author, I’ve moved around different writing groups and have had close friendships morph and change as I move along. But knowing your needs is the first step toward figuring out where you belong, and I hope readers realize their own needs while reading the book.

Well, I think all stories have the potential to be fully realized, you just need to make sure you’re the right person to tell the story. As for whether some ideas still need taming for the publishing industry, I think it’s a complicated question to answer. Just about any manuscript with a strong point of view and an entertaining story has the potential to be published, but there are plenty of gatekeepers along the way that can hinder whether that book will be published, whether it gets the marketing budget it needs to reach the right readers, and so on. I think there are a lot of issues within publishing, just like with any industry, but I think more often we see that the authors that stand out do fight for their vision throughout the publishing process.

In 2020, you tweeted, “The world would be so much better if y’all blocked instead of quote tweeted bad takes.” Tell us about your relationship to the homophobic rhetoric that pops up on Twitter?

I’ve been active on Twitter for a very long time, and it’s always really challenging for me to see so many people try to “dunk on” homophobic or otherwise hateful people by quote-Tweeting them. Regardless of intention, quote Tweets expand the reach of that Tweet. I’ve seen homophobic accounts with twelve followers have their Tweets go hugely viral just because they said something awful, and people don’t seem to realize Twitter is a place where all attention is good attention. It gets that user more followers and their Tweets get suggested in people’s timelines because the algorithm thinks it’s a popular tweet. We’d all be better served by just blocking and going about our day. And I think it’s something we can take into the real world too. Sometimes we have to ignore bullies and abusers because what they crave is that attention. The more we give in, the more power they have. I don’t have any patience for people like that, no matter where I see them.

What’s been a great moment of recent happiness for you?

You know, one thing that made me really happy recently was when The Museum of Flight in Seattle reached out to have me on their podcast to talk about NASA history and my last book The Gravity of Us. They partnered with a local library for the show, and they’ve even got my debut novel on sale in their museum as well. While it was just overall an amazing thought to have one of my books on sale in a museum, it also brought me so much joy that a major player in the air & space industry—which has not had the most queer-friendly history—wanted to have an open discussion. It gave me a lot of hope!

Queer #ownvoices literature is marching forward. Where do you hope it’s going?

I love the direction it’s going in. More queer authors and books are getting the attention they deserve, especially when it comes to intersectional queer stories, and I hope it continues down this path. Not long ago, you couldn’t find a book with a queer character on the cover on shelves, and now you’ll find plenty as you browse. And those books are being purchased widely, they’re finding their way into libraries and schools, and they’re being celebrated throughout the industry. I think we’re hitting a really good stride in YA, but when it comes to intersectional queer stories, there’s still plenty of work to be done—but I do have hope!

Buy As Far as You’ll Take Me