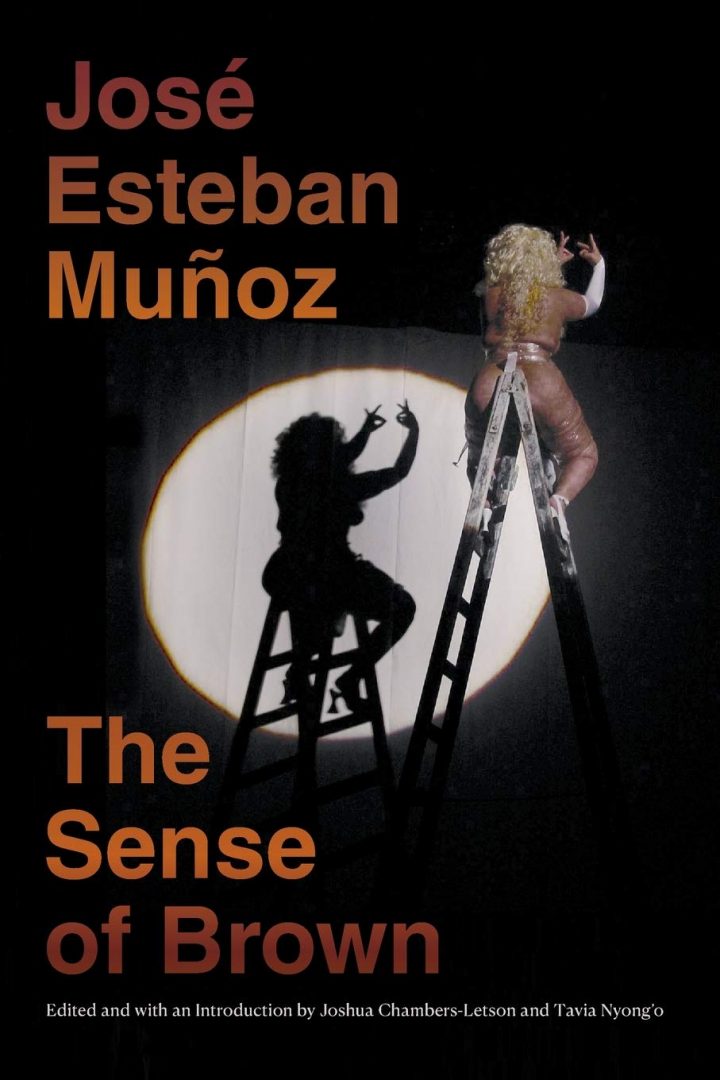 José Esteban Muñoz’s Work is a Love Letter to Brownness

José Esteban Muñoz’s Work is a Love Letter to Brownness 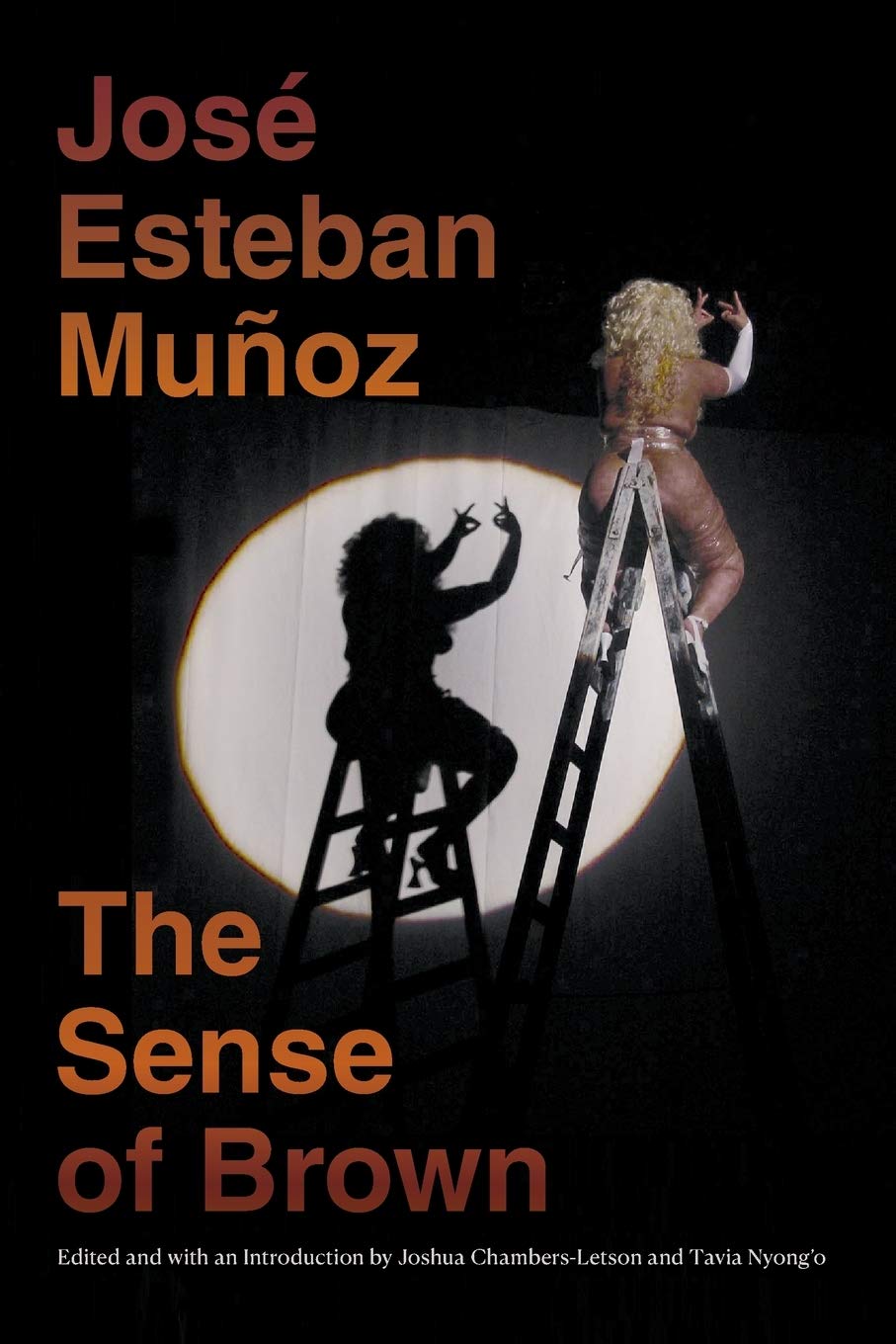 With The Sense of Brown, José Esteban Muñoz left a love-letter to brownness that acts as a dream for its desire. Extending to the minerals of the soil, to the animals, and to the people who bare its shade, it is an ode to a brown of rapturous multiplicity. A testament to those things that thrive under duress and thirst for excessive contact, the book fosters a Marxist militancy that he translates into Latina/o radical study. It acknowledges the incommensurability of brown itself, as a plural, dynamic site, wielding many names, and provokes a range of feelings. The text tells the story of an “identity-in-difference”, a phrase borrowed from Norma Alarcón, that sketches the details of an iridescent brown and cracks open standard definitions of brownness to include a myriad of “ethnic” backdrops.

The book begins with the notion of the brown commons, which is wild insofar as it describes a boundlessness that is not situated in individual identity, but something more expansive.  Illustrative of an interconnectedness with all beings who suffer the strange fate of coming into the world as “brown”, it tells the story of a sacred solidarity between them. The theory practices a politics that is rooted in a Platonic proto-communism that tends towards alternative notions of kinship, imagined through a thriving undercommons. The work engages in a materialism that is influenced by the politics of race, resources, and the commonalities between them. The dominance of the template of the normative Human fades away, and the brown thing comes forth out of the shadows as something emotive, raw, and finally, at last, written.

Muñoz’s readings span a homosexual/social continuum that ties ethnicity to emotion, as it is an affectivity brought on by a shared sense of alterity. Queerness is felt as being in excess, a belonging and a failure to belong, which carves a space for those who are both brown and out at the same time. Consisting of equal parts ecstasy and melancholia, the brown outlaw is spoken and lived through artists like Nao Bustamante, Wu Tsang, Isaac Julien, Carmelita Tropicana, Tania Bruguera, Ana Mendieta, and José Feliciano, just to name a few. He colors them into the world of theory, and grants access to signatures and structures of feeling specific to being minoritarian within a complex web of interdependency.

The chapter “Chico, What Does It Feel Like to Be a Problem?” stands out as an urgent message for our current political landscape. It works to coalition build between the “black radical tradition” and brown liberation movements. With grace, Muñoz acknowledges these movements are not the same but have a shared sense of political aspiration. Invoking Brown Power’s modeling after Black Power, he braids the two together through shared dissident sentiments. These notions are essential for today’s movement concerning Black lives, as they model a continued practice of these groups supporting each other. Thinking through W.E.B. Du Bois, with agility and tact he addresses the communality of racial recognition and belonging in difference. For Du Bois, this feeling like a problem is in itself a mode of belonging, and for Muñoz, this feeling procures an opening, another way of relating in the alt-space of minoritarian becoming, with a built-in quasi-militant utopianism that lives and breathes otherwise.

This book enters the contemporary discourse of latinidad not without its complications. As of late, the area of study has never been more divided–between dark and light, brown and white, with a sharp focus on colorism and individual identity, which is a line of thinking that seems to move in opposition to what Muñoz seeks to drive forward with this book. As someone who is not the whitest brown person and not the brownest either, questions about these divisions continue to ruin my sleep. Not to invalidate contemporary discussions around the topic, I find Muñoz’s approach to be the more generative discourse regarding collective movement-building for achieving equity across race relations. Utilizing the work of theoreticians like Vijay Prashad and Wilfred Bion, Muñoz engages a global brownness that encompasses latinidad, but also reaches beyond it.  I will admit, some of the language does have a dated tinge to it but keep in mind this posthumously published text has been in the works for the past decade and without his contemporary editorial eye for revision. There are so many questions I wish I could ask Muñoz, like about language choice when using the terms “African American” and “black” interchangeably throughout the text, especially when theories around these terms have been differentiated to mean different things and have also fused with latinidad by way of Afro-Latin scholarship. There is also the tense difference between the terms “Latina/o”, and the more recent (and also contentious) “Latinx” which he doesn’t employ in the text. Perhaps we can attribute this to the failure of the written to keep up with the spoken?  Predictive of this problem, Muñoz addresses the issue of the unsatisfactory group identificatory term, saying that these terms themselves contribute to feeling brown, which he marks as inseparable from naming it. Given his mentioning of this, the text performs a discomfort with its own language, disidentifying with itself, as it strives to make known these difficulties and how they manifest in brown performance, how the words we have are still not enough.  Despite the text’s time being somewhat out of joint, this book and Muñoz’s thoughts remain an arsenal full for any minoritarian subject who desires to understand and even love themselves, and their sense of being, more–a radical proposition.