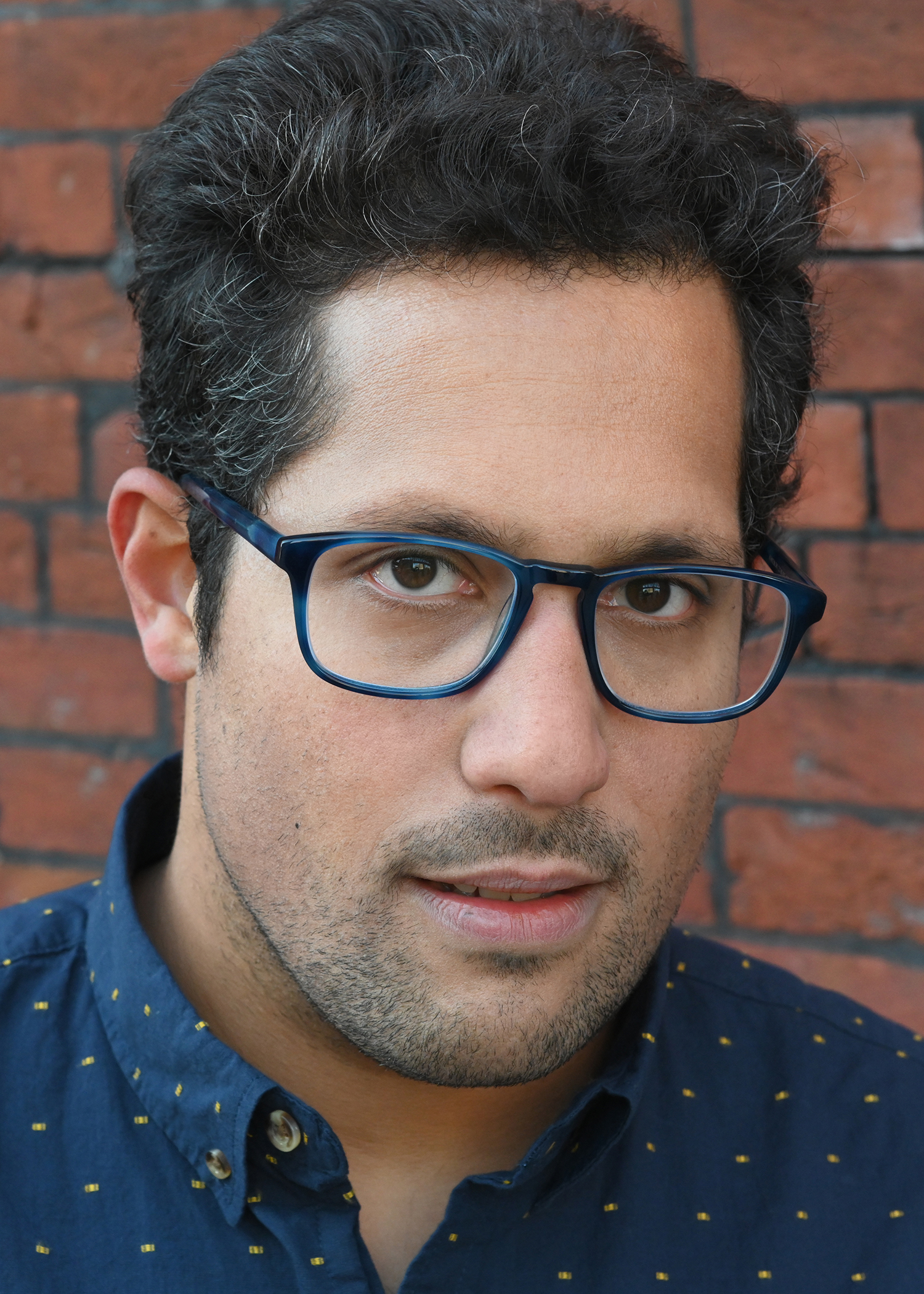 Welcome to May We Present…, a new column from Lambda Literary that highlights authors with recent or forthcoming publications. Our very first profile is of writer Zak Salih and his highly anticipated debut novel, Let’s Get Back to the Party, set to be released on February 16th by Algonquin Books. Let’s Get Back to the Party follows two men, Sebastian and Oscar, as they each attempt to navigate what it is to be a gay man today. The novel explores the tension between the seduction of a heteronormative lifestyle and the nostalgia for a perceived history rooted in hedonism and unconventionality.

Sebastian and Oscar both experience gay, cross-generational attachments that further complicate everything they think they know about their desires and, ultimately, themselves. Engaging and thought-provoking, Let’s Get Back to the Party couples a propulsive narrative with incisive meditations on gay culture.

Below, Zak Salih addresses the anguish of writing fiction, makes a case for gifting art catalogs, and reveals the very first sentence of his very first novel.

When did you realize you had to write Let’s Get Back to the Party?

Emotional anguish kicked me out of the closet in 2005; I couldn’t breathe, couldn’t think, and so I went to therapy and learned to accept my desires and to place them in the context of a community with a history—and a future. Similar anguish forced me to leave my job in 2017; I couldn’t spend another day wondering what would happen if I followed through on my desire to write fiction instead of just read it. Which is a way of saying you can put something off, and keep putting it off, but eventually you have no choice but to take the risk in order to maintain a certain level of self-respect and mental health.

What did you learn about yourself while writing the book?

That I had the resiliency required to write a novel. That someone admittedly prone to self-defeat could run the gauntlet of horrible first drafts, of revisions, of the critiques of early readers, of more revisions, of rejections by agents and editors, of more revisions, of the anxieties of waiting for readers to pass judgment, and make it through to the other side. No rational person would subject themselves to the emotional anguish it takes to write a work of fiction, let alone try to have it published. And yet I would do it again—I am doing it again—because, after all that anguish, I discovered something incredibly empowering.

Visual art is incredibly important to Sebastian, one of the novel’s central characters. What is the piece of art that you feel best represents Let’s Get Back to the Party and why?

Undoubtedly John Singleton Copley’s Watson and the Shark. It’s the painting around which all the relationships in this novel revolve, in obvious and subtle ways. I first saw the painting in a book about sharks I had as a child, and had no idea it hung in the National Gallery of Art in Washington until I stumbled upon it as an adult. (I’m eager to see it again when the museum reopens post-pandemic.) I’d always loved the painting, but contextualizing it in this made-up story made me see parts of the work in new ways. As a boy, I looked at it and just saw a scary shark; now, I see a community looking out for its own. The painting is less about being attacked and more about being saved.

Looking back, what was your most frequent use of the internet while writing Let’s Get Back to the Party?

Primarily as a time machine, to see things I never saw first-hand: the facades and interiors of long-gone gay bars here in D.C., the AIDS quilt stretched out on the National Mall in the 1990s, the Christopher Street Pier in the 1980s. There was something surreal about spending several days scrolling through old photographs, then subsequently getting lost in a YouTube black hole of new movie trailers and music videos. That incredible gap between the past and the present, the absurdity of how time passes, how things change (and how fast), is something I think about a lot.

One of the most significant relationships in the novel is the friendship between an author and a reader. Who is one writer (dead or alive) you would want to be friends with and why?

Garth Greenwell. Who wouldn’t want to be his friend? I say that not just as someone who admires his writing but as someone in awe of his literary stewardship: for writers, for readers, for LGBTQ+ people. He just strikes me as an incredibly warm and generous human being, and I’m somewhat envious of anyone who can call him a close friend.

You’re running late to a party (post pandemic). What is your go-to book to gift?

A catalog from an art exhibit, something fat and glossy and colorful (and not too abstract) that would look appealing just sitting on a coffee table, even if it did nothing more than prop up the host’s feet. Photographs by Garry Winogrand or Annie Leibowitz. Retrospectives on Picasso or J.M.W. Turner. Magritte and Hopper are crowd-pleasers—though perhaps I’d have to know the host before gifting a book on Francis Bacon.

What is the most significant book in your collection? What does it look like?

Several books I took from my parents’ bookshelves after moving out: my mother’s battered paperback copies of Orwell’s 1984 and Animal Farm, her Modern Library edition of Bram Stoker’s Dracula (its dust jacket long lost to history), my father’s similarly naked copy of Tales of the Arabian Nights. Burnt yellow, blistered white, fecal brown—I love these books for the colors of their spines as much as for their stories. They’re mementos of my childhood. I haven’t opened them in years, but it’s enough to spot those familiar colors on my shelf.

Given our mission here at Lambda, we have to ask: who are the LGBTQ+ authors who have most impacted your writing aesthetic?

Maggie Nelson, whose Bluets and Argonauts teach me that the sum of a story is only as powerful as its individual fragments. Alexander Chee, whose essays snap fingers in front of my distracted eyes and remind me to pay attention to language. C.P. Cavafy, Richie Hofmann, and Jericho Brown, who teach me there are always more nuanced ways to write about desire, loss, history, and sex. Carmen Maria Machado, whose formally inventive writing reminds me of the importance of shattering convention as a way to arrive at deeper truths. Alan Hollinghurst, whose novels are a masterclass on the dramatic power of narrative gaps in a story.

Lastly, what’s the one sentence from Let’s Get Back to the Party that you just can’t get out of your head?

Probably the first sentence of the novel: “He arrived at the wedding dressed for a funeral.” Something about that modest string of words and its wobbly, drunken rhythm, to me, captures the entire spirit of the novel and its emotional arc. The sentence, which I discovered early on in writing the book, served as a buoy of sorts—something solid I could cling to when I wasn’t sure where the writing would take me, or when I worried the anxieties of writing would overwhelm me. As long as I had that sentence, which never changed in subsequent drafts and revisions, I felt I could press on.

Buy Let’s Get Back to the Party

The Body as a Witness: A Conversation Between Risa Denenberg & Lynn McGee
Tove Jansson: Out of the Closet
Lesbian Love on the Doomed Titanic Voyage