May We Present… Hari Ziyad’s Black Boy Out of Time 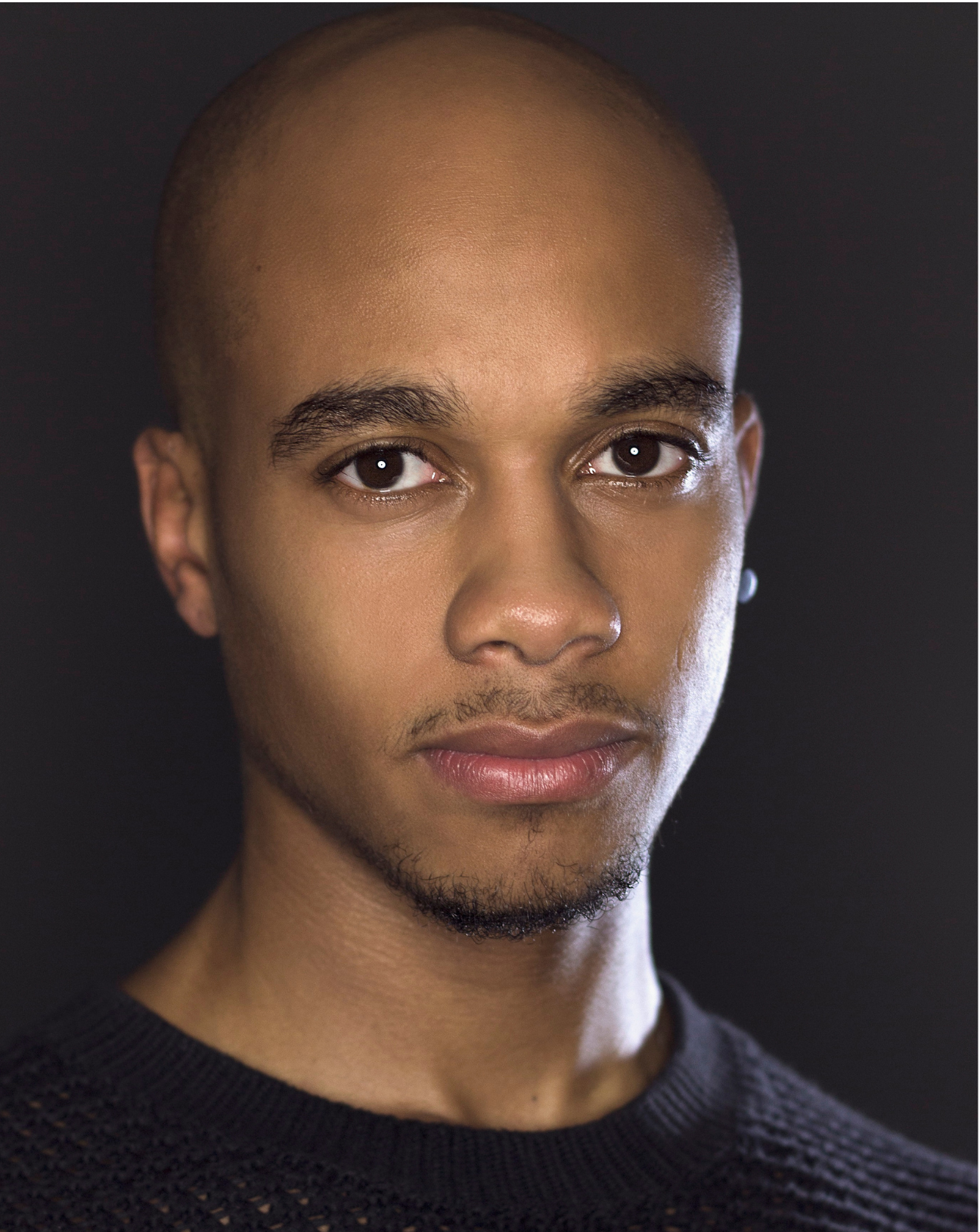 Welcome to May We Present…, a new column from Lambda Literary that highlights authors with recent or forthcoming publications. Our third edition features Hari Ziyad and their new memoir, Black Boy Out of Time, set to release on March 1st from Little A. Black Boy Out of Time recounts Ziyad’s formative years as one of nineteen children in a blended family raised by a Hindu Hare Kṛṣṇa mother and a Muslim father in Cleveland, Ohio. This nonchronological narrative explores and reclaims a lifetime of navigating identities and their intersections.

Black Boy Out of Time is grippingly personal and as tender as it is harrowing. Ziyad’s beautifully written, genre-bending work transcends the memoir form and intimately showcases what it means to be Black and queer in America today.

Below, Hari Ziyad describes their current go-to methods of self-care, offers some memoir writing advice, and names the one book everyone should read.

When did you realize you had to write Black Boy Out of Time?

This might sound weird, but I didn’t know I had to write the book that Black Boy Out of Time became until I was already some ways into the process. I had pitched a memoir exploring the ways prison culture impacts Black childhood vis a vis the stories of my growing up in a particular Black Hindu/Muslim household, and that definitely remained central, but I didn’t know this was also a book about reclaiming the aspects of my childhood that I had lost to prison culture until I found myself faced with all the memories that weren’t clear, all the feelings and experiences to which I no longer had access that came up as I was writing the first drafts of the book.

There were moments I was writing about my childhood and I would get this very strong feeling that something needed to be said to my younger self, and it was finally deciding to say those things in the text through the self-epistolary chapters which turned the book into what it is now: a direct attempt to reunite with my childhood self. It took acknowledging that my childhood self was gone and exploring how they were lost to get to a place where I could actually write to reclaim them; to actually do what I think is the purpose of the book now, which is to regain access to this part of me.

Memoirs are inherently personal. How did you negotiate the public and the private while writing your memoir?

This question reminds me of a comment from one angry reviewer saying that I should have left some of the book in therapy, haha! I think what they were getting at was that I was very generous with what I allowed the reader to witness about my life. And as one of the readers was actually my younger self, I needed to be.

However, it wasn’t as simple as just throwing everything I’d discussed in therapy into the book. My story isn’t just mine, and I had to be sensitive around the aspects of it that encroached on the stories of others, especially when it came to discussing the harm I experienced and enacted on certain members of my family. I made sure that anyone mentioned in the book was at least given a heads up or allowed to read the parts that pertained to them—not for their approval, necessarily, but to give them an opportunity to add a perspective I would not have had access to.

I also tried not to include anything I didn’t feel ready to account for. It’s great to be vulnerable, but I am very aware that not everyone is able to handle your weaknesses with care. If my convictions around any particular story felt weak, I left it out. So while it might seem like these stories are very tender (and many of them are), they are also ones I did a certain amount of healing around already, and that was intentional.

There are three photographs placed throughout Black Boy Out of Time. What made you decide to include photography and why these specific photographs?

The three cantos of the book are called “Black,” “Queer,” and “Free.” At the beginning of each, I chose images that reflected the parts of my younger self in relation to these concepts, particularly parts of me that I was attempting to reclaim. I looked for images that reflected different memories, emotions, or experiences that I wanted to bring into my current conception of Blackness, queerness, and freedom. I also wanted to give the reader some greater context as to who and what the people named in these sections of the book were, and the last two pictures allowed me to put faces to the family members who showed up in these sections as well.

Black Boy Out of Time is a genre-bending and deeply personal text. What advice would you give to someone who is considering writing a memoir?

Don’t? Haha. I’m joking, but I would tell people to think deeply about why they want to write it. As I mentioned earlier, I knew upfront that I wanted to explore prison culture and its impacts on childhood, but there are so many ways to do that outside of memoir. What memoir demanded of me, and what I think it demands of everyone, is to use the writing process to get more in touch with our experiences, both the good and bad parts, and to be accountable to them in ways I don’t know we are all always ready for.

We all have interesting things that happen in our lives, but I don’t think memoir is just about documenting an interesting experience. It is about honestly reckoning with where you’ve been and where you are going. And that latter part is crucial. Memoir writing is almost like spell work. It isn’t just about the past, it’s about manifesting the future by writing the foundation from which you will move into the future into existence. Are you prepared to do that? Do you really know where you want to go? I think it can be dangerous if you don’t. You might end up steering yourself somewhere you don’t need to be.

You’ve worked in numerous mediums, including film, academic writing, journalism, and now, memoir. What is the medium through which you feel you best communicate? Which is your favorite to consume?

I’m happy to say that the answer to this question has always evolved, and I hope to see it continuing to do so. I don’t want to be stuck in service to one particular form. The beautiful thing about writing is that there are so many ways to go about it, so many ways to express what needs to be expressed depending on who needs to hear what you’re saying. I hope to always be flexible enough to respond to the needs of my audience.

As of now, however, TV/film writing speaks most to me. I love being forced to translate inner character work into something visual. Unless you’re going to overdo it with voiceover, a screenwriter has to let images do the work of showing what is happening in a person’s head for them. They have to trust their actors and directors. This means that they also have to be very in tune with how the inner working is expressed in the world and to trust others to be able to interpret this inner working in a way that is kind of freeing when you’ve spent so much time trying and failing to control the narrative. I’m willing to give up more control of how things are interpreted now, and I think learning how to trust myself through the writing of this book had something to do with that.

If you could only make one book recommendation going forward, what would it be?

One book everyone should read right now is Freshwater by Akwaeke Emezi. I read it last year and I can’t get it out of my mind. The way Emezi documents non-western spirituality and the complexities of a non-binary person’s gender journey is out of this world, and their wordcraft is chef’s kiss!

Throughout your memoir, the practice of care comes up frequently. What are your current go-to methods of caring for yourself?

Altar work has been critical, especially since my mother’s passing. I don’t want to sound like an evangelist, but I recommend setting up an ancestor altar to all Black people in particular. Too many of us spend so much of our lives cut off from our connection to our lineage and it’s so easily rectifiable. It might feel weird at first if you’re not familiar with the process, but it’s very simple and scientific, really. You are setting up a space specifically designed to evoke thoughts and feelings related to your people. You can sit and ask them anything you are struggling with and just by paying attention to what your body and mind and even your anxiety are trying to tell you, in a space curated for you to pay attention to the wisdom inside of you, they can speak back. It is very comparable to any of the meditative skills taught in cognitive behavioral therapy, which has definitely been a go-to as well. I’ve also been trying to give myself permission to rest and say no to things and respond to texts and calls and emails on my time, especially during the pandemic, although that’s easier said than done!

Black Boy Out of Time very much engages with themes of community and identity. Who are the LGBTQ+ authors and creatives you are most inspired by?

There are way too many to name! But Tarell McCraney, whose TV show David Makes Man I had the pleasure of consulting on for season 1, has definitely been an inspiration, in particular with his work on Moonlight. The poet Phillip B. Williams, who is always pushing to uncover the complexity of the Black queer experience, and brings that sentiment into the way he shows care in his interpersonal dealings to boot. Jenn Jackson, a columnist for Teen Vogue who really is unmatched in making some of the conversations about Black feminism accessible. And of course, there is my partner, Timothy DuWhite, a playwright and poet who reads all my work before I put it out there because he has an artistic eye and perspective as a Black queer organizer like no other. I hate how I always leave people out when answering this question – this is just a small snippet!

Lastly, what’s the one sentence from Black Boy Out of Time that you just can’t get out of your head?

“Blackness is a meritocracy that doesn’t require suppression.” I don’t think it even really hit me when I wrote it, but the ways Black people think about and reward skill and talent without having to take anything away from anyone else – which we see on the dance floor and in battle rap among other Black cultural spaces – is so important. Like, when we have our freedom we can still compete. We can still want to be great. We can still be honest about when things aren’t great. It’s only this world we were stolen into that only knows greatness at someone else’s expense, that only knows whatever isn’t great to come hand in hand with guilt and shame. But the world we were stolen into is not all there is.

Buy Black Boy Out of Time