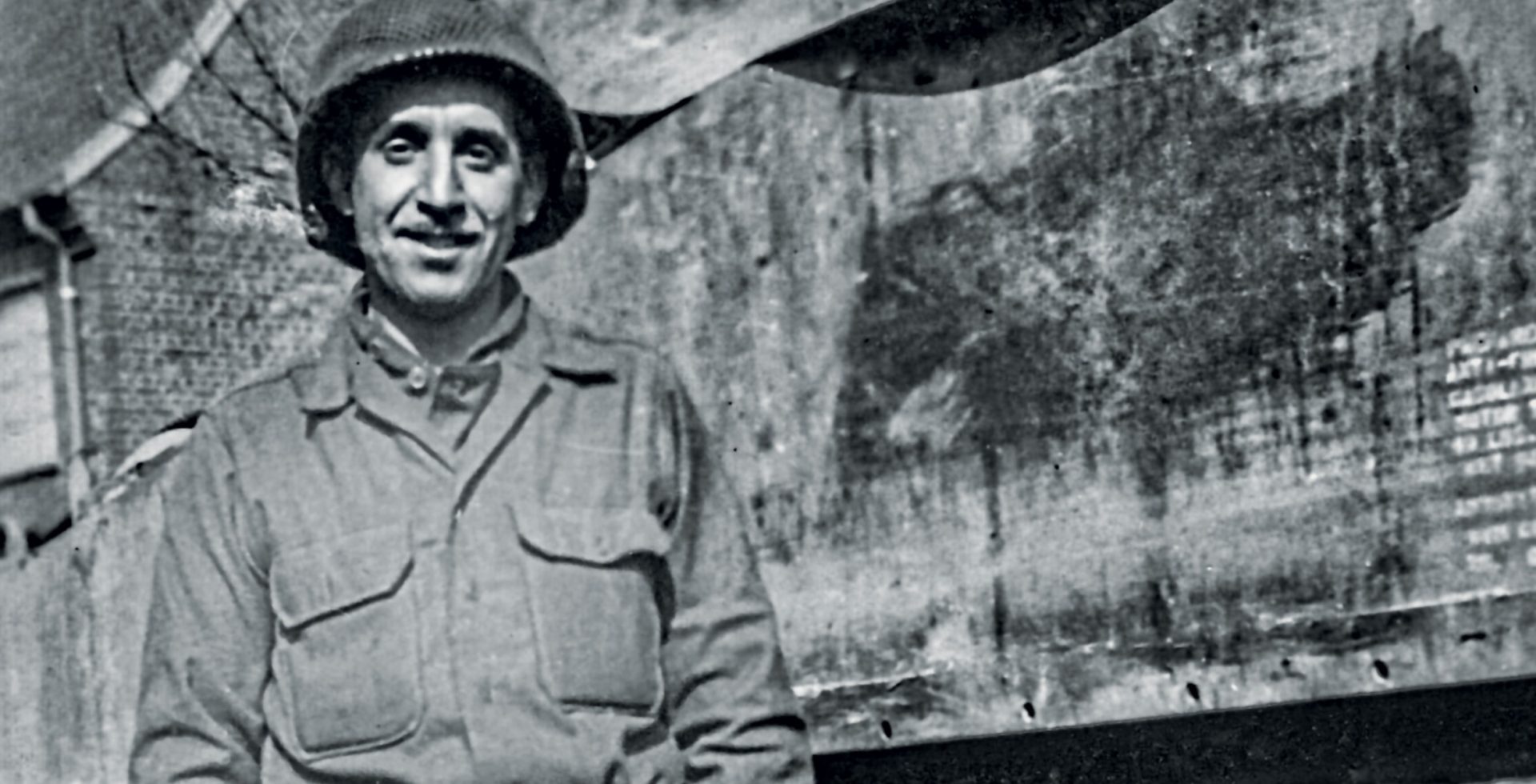 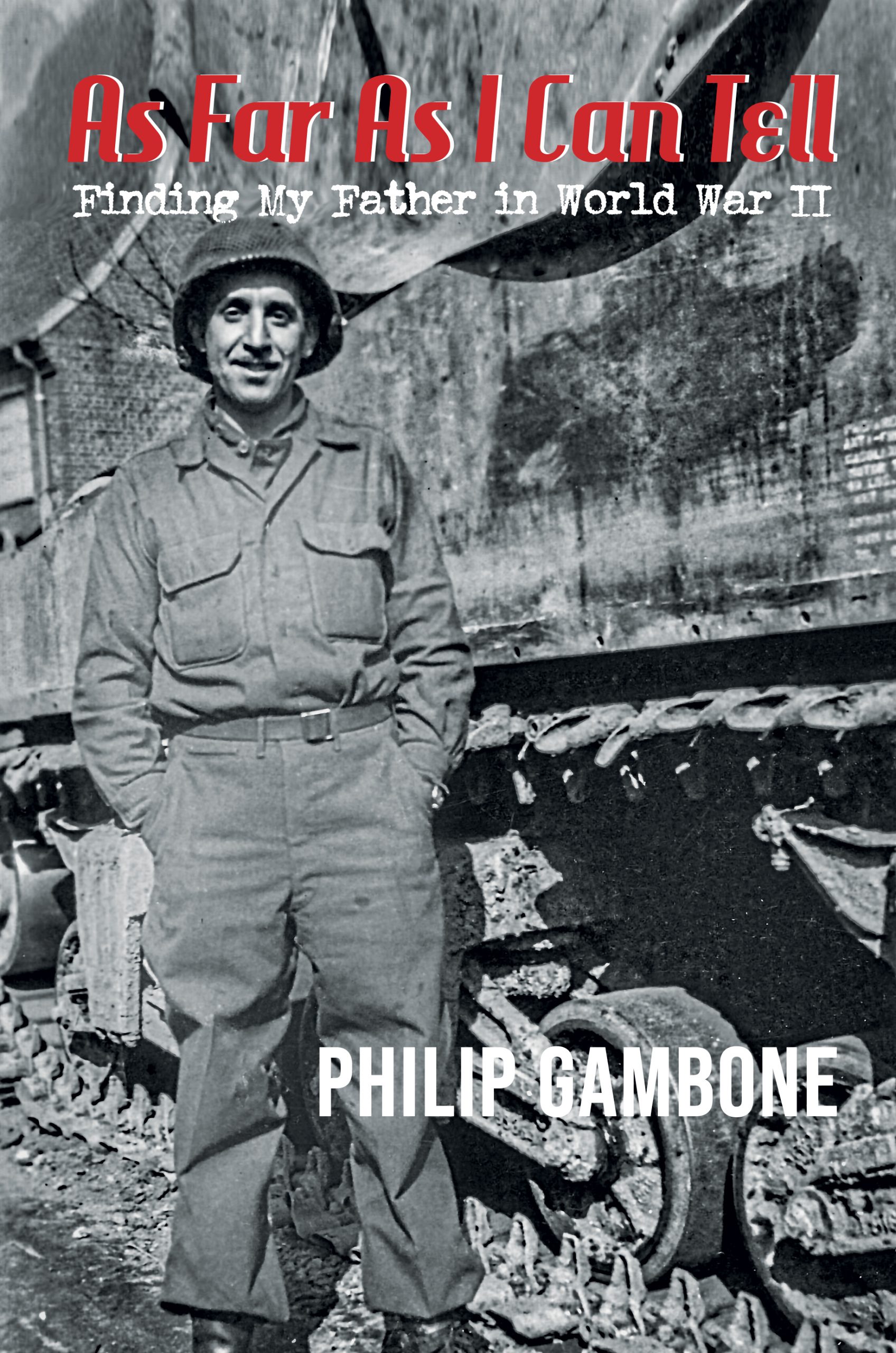 Amidst the exposés and scandalous tell-alls that often pass for memoir, readers can be caught off guard by a heartfelt exploration of family history. And, having been caught off guard, we may come to realize that silence can be as scandalous as mayhem.

Philip Gambone’s father was not an abusive or neglectful parent. When he eventually learned that his son was gay, he did not suggest conversion therapy. Approaching 70, Philip realized that he knew very little about the kind, quiet man who had raised him. In particular, he reflected on their tacit agreement: Philip never told his Italian Catholic parents that he relied on his being gay in order to be deemed unfit for military service during the Vietnam war, and his father told Philip almost nothing about his experiences during World War II. Was his father’s silence a symptom of traumatic stress? A manifestation of his generation’s generalized emotional reticence? Or merely a feature of his personality? The son found himself pondering these questions quietly during his father’s life, and his father died having volunteered little.

And so, haunted by questions about what his father had experienced during the war, and how those experiences affected the man his father became, Philip undertook what he calls an odyssey to write his father’s memoir, As Far As I Can Tell: Finding My Father in World War II. He invested years in visiting the bases and camps where his father had been inducted, trained, and bivouacked. From Camp Perry in Ohio to camps in California, New York, and Tennessee, then from Belgian villages still exhausted 75 years after the end of the war, into Germany’s snowy Hürtgen Forest, through Luxembourg, and to London, his pilgrimage led him to seek reflections and echoes of his father on hillsides and in churches, in valleys and taverns— where, based on his reading of the battalion’s Record of Events and the journals of his fathers’ comrades, he knows his father experienced the event whose name Philip capitalizes: the War.

If Arthur Louis Gambone were alive today, he would be 105 years old. Philip tracked down men who had served with his father in the U.S. Army’s Fifth Armored Division, hoping to find someone who remembered his dad and would talk freely about him. Of the 13,000 men who had fought in the Fifth Armored Division, thirteen men, some in their nineties, attended a reunion in Maine to which Philip got himself invited. He heard gripping stories about particular battles and drew what he could from these conversations to help him understand his father, but none of the men he met or talked with remembered his father. In the published journals and letters of men of the Fifth, he read about the battles and about the disasters and political controversies that shaped the soldiers’ daily lives and their ultimate fates, about the troops’ sexual shenanigans in London, and other overseas playgrounds for off-duty American military men. Even here, the son must draw on the experience of others. The soldier-turned-author Glenn Gray wrote in his book The Warriors that off-duty soldiers spent “incomparably more time in the service of Eros during our military careers than ever before or again in our lives,” frequenting London prostitutes called “Piccadilly Commandos” and even having relations with “nice girls” who preferred dating American GIs to “Mr. Frigidaire Englishman.” Philip Gambone, without access to his father to jokingly comment on these assertions, reflects soberly, “My mother once told me that she and my father were virgins when they married. Had he lied to her? I don’t know.”

A pattern develops early in the book, and we become familiar with the puzzle that Philip is trying to solve.

Several men, in letters to their families, in their journals, in their books, describe fear beyond anything I can comprehend. This man grieved profoundly for a friend who died in battle. That man caroused and sang drunk in the street, and took to heart General Patton’s admonition that ‘A man who won’t fuck won’t fight.’ What kind of fear did Dad feel? Many of the men in his division were killed in action. How, if at all, did he grieve? If he had been able to open up to me if I had been able to ask the right questions, what would he have told me?

Like a scholar poring over a densely detailed historical record, Gambone must navigate a forest of dates and place names in search of the buried human story. He knows that his father shipped out to basic training at Camp Perry, Ohio on February 18, 1942. But, as he imagines his then-28-year-old father shaving for the last time as a civilian, he wonders simply, “What was he feeling?” To find an answer, he turns to an anonymous soldier’s terse writing: “ ‘I didn’t feel good,’ recalls another midwestern inductee.”

Even concerning the most emotionally mundane questions, Philip Gambone must speculate. His father had a knack for fixing things, with experience in his family’s dry-cleaning business. “Perhaps,” Philip writes, “the classification specialist decided that, being ‘mechanical,’ Dad would do well in a tank.”

We want to think we know how our family members would react to important events. A scandal of the War involved the bombing by U.S. forces of the 1,500-year-old Benedictine monastery, Monte Cassino, on the German-Italian border in 1944. Intelligence had determined that Nazi soldiers were garrisoned in the monastery, and its destruction was celebrated even among Catholic prelates. Gambone writes, “Dad would have been swept up in the general elation that immediately followed the pummeling of Monte Cassino.” Later, the intelligence proved to be disastrously wrong: over two hundred civilians sheltering in the monastery died in the rubble. This is certainly the kind of event that one might expect a father to share with his son. Philip Gambone simply writes, “I can’t help but wonder if the news would not have upset my father.”

Philip’s father did write home to his own parents and siblings from the war, and he comes across as a thoughtful, loving son. In snapshots, he clowns with other soldiers, a lively, friendly comrade. A postcard he sent to congratulate his own father on his 65th birthday arrived early. A chatty and cheerful four-paragraph letter— the only full letter Philip has found— discusses mail delivery, the soggy Belgian weather, and receiving a gift of candy. Philip seems more frustrated by these brief communiqués than he would be if he had found none at all: “Not a word about the War. Not a word about how the War made him feel.” His father sent a Christmas postcard home to Ohio from Walhorn, Belgium, featuring Santa Claus piloting a Sherman tank and bearing the message, “All goes well here except the rain…”

“All goes well here. This cannot have been the whole truth,” Gambone writes, but for this perspective, he relies on the records left by his father’s comrades, one of whom described the battle following the posting of that Christmas card as “the closest thing we had to the jungle fighting in the Pacific.”

The sometimes breathtaking historical details that Philip pulls together bring to life a war that most of us know only from movies. In November 1944, near the area where Arthur Gambone was stationed, 1200 “heavy bombers” from U.S. forces and another 1200 from the British Royal Air Force dropped 10,000 tons of bombs on a series of cities and towns, and his father’s tank division rolled in immediately after. Even without the personal reflections of his father, Philip has illuminated the War for himself, and for his readers.

Even more poignant than Gambone’s speculation about his father’s war experiences are his questions about the older man’s return to Ohio and civilian life. He includes his father’s early post-war experiences in what he calls “the lost years,” a time that can only be imagined by the writer who has no access to his father’s true experiences.

The scandal that Philip Gambone exposes is so familiar that readers may be surprised to find themselves shaken by it. Generations of men—certainly not only the generation that survived World War II— have been silent about the things that mattered most in their lives. Many men leave their children a trove of puzzles, questions, guesses, and assumptions. Philip Gambone’s respect for his father is unambiguous, and he tells us that the “predominant image I have of him as a soldier and as a civilian” is “a man who did not flinch.” Yet Philip undertook his odyssey, documented here in 387 pages of text and 76 pages of endnotes and bibliography because his father flinched from sharing with his son how the War had affected him.

Philip Gambone and his generation lost lovers and friends to AIDS, in a war both against the virus and against the oppressive forces in our culture. Thirty-eight years after the first case of “gay cancer” was recorded in a newspaper, twenty years after antiretroviral drugs began to stem the surges of death, many men of Philip’s generation have done their best to forget the trauma. In his writing, teaching, and mentoring, Philip Gambone has broken that silence and shared personal experiences that help younger members of the LGBTQ community understand their place in history. I was familiar with Gambone’s other work, and moved that he treated the first years of AIDS as years of war— and in that war, he broke the silence and wrote so that younger people could arm themselves and understand why men of his generation seemed, in the words of Walt Odets, to be afraid to love and to be in love.

But in his relationship with his father, Gambone acknowledges his own reticence, his failure to reach out for the information that he has now traveled from country to country, from village to village, to find: “Once again, I was crying for how little I had once cared about my father’s wartime experience.” He describes coming out to his parents late in his father’s life. For decades, Philip allowed his parents to believe that he had been exempted from military service during the Vietnam war because he had attended divinity school.

Philip Gambone’s pilgrimage to write As Far As I Can Tell: Finding My Father in World War II did not unearth deeply buried secrets about his father. But it can inspire us today in at least two important ways: to actively avoid perpetuating the legacy of silence between ourselves and our loved ones, and to ask the important questions of our elders before it is too late.