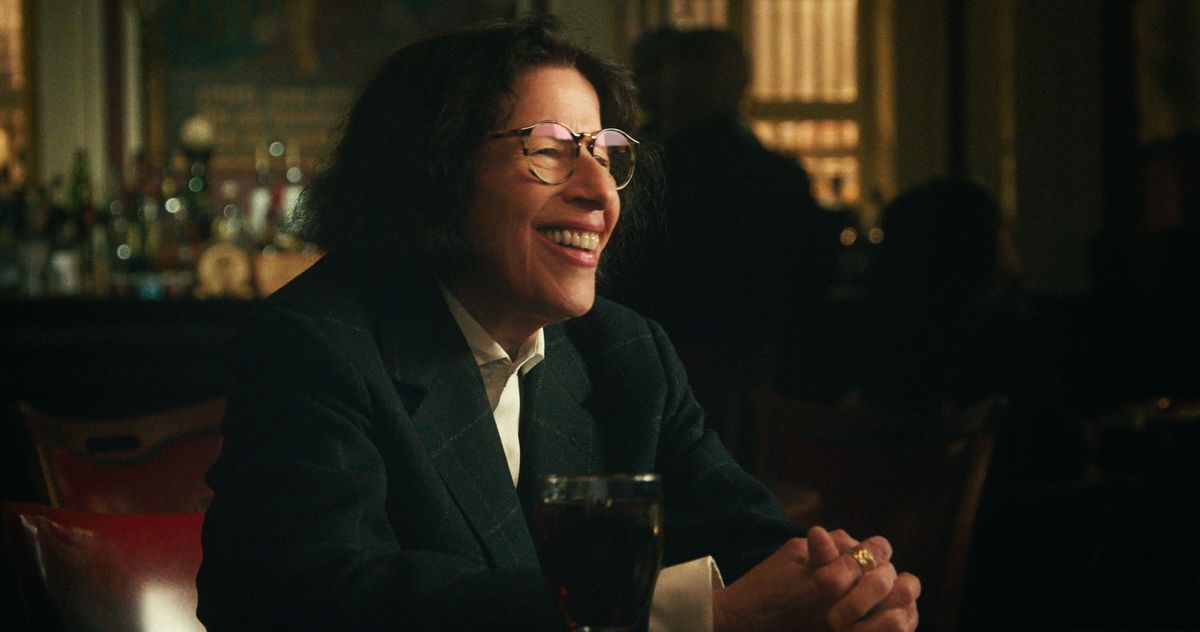 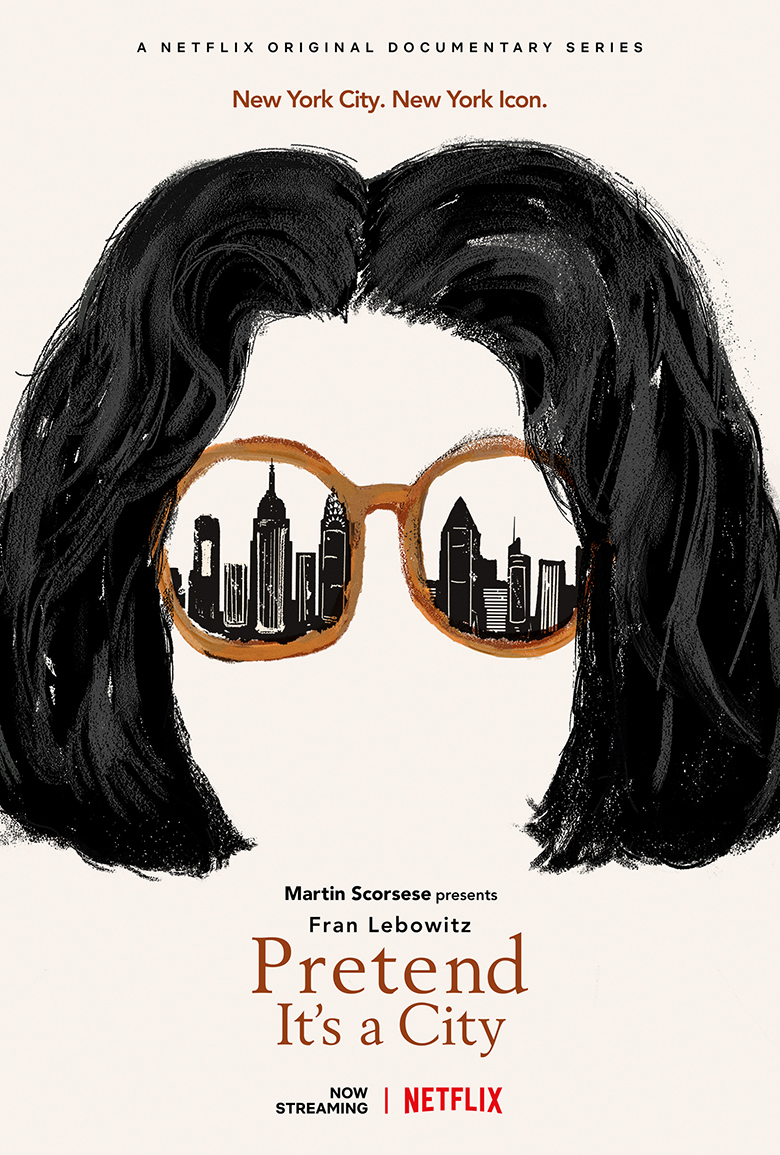 I suppose it makes sense that when I sat at my desk to write about Pretend It’s a City, Martin Scorsese’s hugely entertaining series on Fran Lebowitz, I stared at the screen most of the afternoon without pressing a key. After all, Lebowitz has made an entire career out of having writer’s block. After her highly successful Metropolitan Life and Social Studies, she went on to write only one book, a children’s book called Mr. Chas and Lisa Sue Meet the Pandas, over the next three decades. Her celebrity has been marked as much by what she hasn’t been able to do as much as what she has.

This is just one of the contradictions that surfaces in Scorsese’s series, which was dedicated to Lebowitz’s dear friend, Toni Morrison. (Lebowitz eulogized Morrison at her memorial service.) Or maybe it isn’t that Lebowitz contradicts herself, but that she defies labels. Her sold-out appearances have the feel of a stand-up comedy act, but she often performs in a chair, being interviewed or soliciting questions from the audience. She might be the world’s first sit-down comedian. She’s also a critic, public speaker, social commentator, and (sometimes) writer.

The New York Times once described Lebowitz as a present-day Dorothy Parker, but even this attempt at categorizing her feels off. Can you imagine Parker writing a children’s book that you’d actually let your children read? Sure, they are both New York City satirists. Parker, who produced many short story and poetry collections as well as eight screenplays, is known as a member of the famous Algonquin Round Table, meeting for lunch almost daily with writers, journalists, and actors. Lebowitz would most likely prefer to spend that time reading. (She ended up spending three times her limit on an apartment because it needed to house her 10,000 books.) You don’t have to wait until in the sixth episode when she proclaims, “I hate my fellow man,” to understand that she agrees with Sartre when he said, “Hell is other people.”  In each episode, Scorsese makes sure we see her grumpily walking the streets of New York, giving the finger to a cyclist who cuts her off in a crosswalk or sneering at a pedestrian who brushes up against her on the subway stairs. But even this presents us with another contradiction: for someone who hates to be with people, her personal anecdotes are peppered with a Who’s Who of often queer glitterati: John Waters, Robert Mapplethorpe, Andy Warhol. While she may boast that Ayatollah Khomeini has hosted more parties than she has, Lebowitz certainly has gone to a great many of them herself. “I love parties,” she says, adding that many people find that hard to believe. Who can blame them?

Her misanthropy is undeniable, though. When she tells Scorsese that there’s no room on her shelves because throwing out a book is like throwing out a human being, I wondered why that didn’t make it easier for her to do so. Sometimes her disconnect with people – be it real or an exaggerated aspect of her persona – feels like a disconnect with the cultural life of one of the world’s great cities. She describes the night she went to see Phantom of the Opera (which she pans as “unbelievably horrible”) and hadn’t heard about the falling chandelier. She screamed, disrupting the performance, thinking a real chandelier was about to land in the audience. When she is bewildered at why the Tenement Museum exists (“What’s there? TB?”) it’s clear she’s never visited it, else she would have known that actors performing as real-life tenants are part of the immersive experience. It’s actually theater as much as it’s a museum. Lebowitz suggests that kids just read a book on immigration instead.

Scorsese’s role here is one of congenial host rather than a probing documentarian. No less congenial but far more interesting is Spike Lee, who asks follow-up questions that get beneath the surface of Lebowitz’s comic façade. The two have an especially interesting exchange about athletes as artists. When Lee argues that some of the greats have the talents of Michelangelo, Lebowitz insists that athletics are in a category by itself because once you find out how a game ends, there’s little incentive to watch it again. It’s over. Fair enough, but can’t you say the same about re-watching a movie or rereading a book?

Scorsese’s amiable style does allow for Lebowitz’s frequent and often fascinating anecdotes about New York, especially in the ‘70s. She doesn’t feel the need to be consistently witty when she tells these stories, some of which are a reminder not just of how far we’ve come but also how far we have to go regarding issues of equity and justice. It’s haunting when she talks about how it was nearly impossible to get a waitressing job without sleeping with the restaurant manager, knowing now that the Me Too movement would take forty years to materialize. (Lebowitz never waited tables, instead opting to be one of New York City’s lone female taxi drivers at the time.) She also acknowledges that she wasn’t part of the movement for women’s rights, nor the movement for gay rights, because she simply didn’t think things could change.

In some ways Pretend It’s a City is about the complicated, unnerving, and sometimes mystifying marriage between Lebowitz and New York where there are, in her words, “a billion awful people on the street.” It’s no wonder she seems more at ease answering Scorcese’s questions while walking around Robert Moses’ giant unpeopled model of the city. Yet despite all her complaints, it’s hard to see Lebowitz anywhere else. When an audience member asks her why she still lives in New York, she answers, “Okay. Where would you suggest?” Fran Lebowitz is a professional New Yorker. Now into her seventies, there’s little reason for her to change careers.