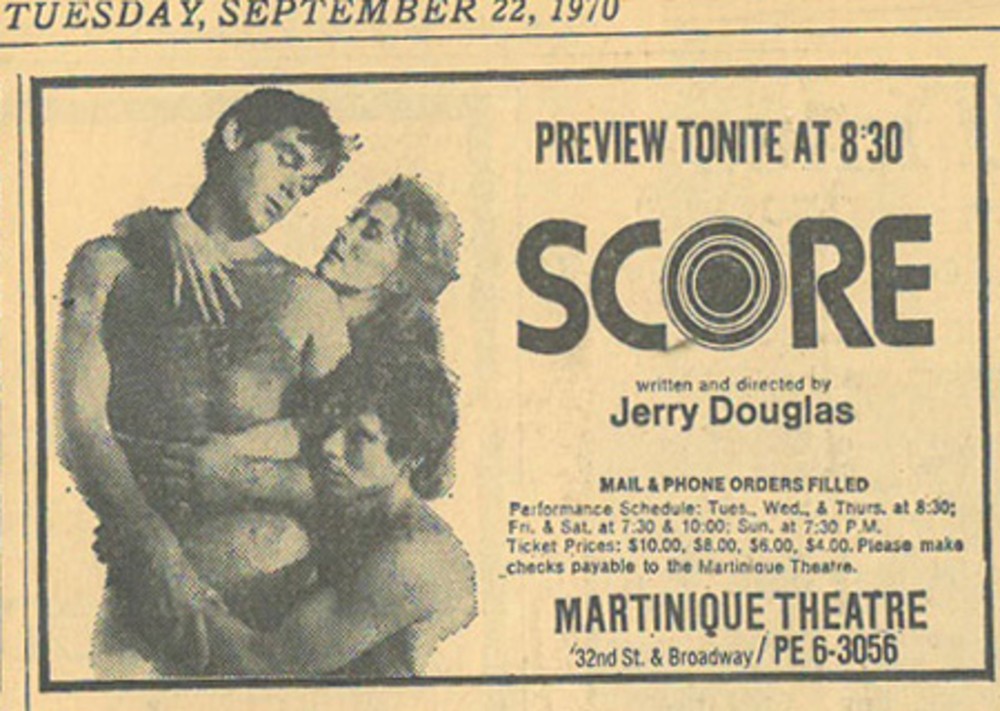 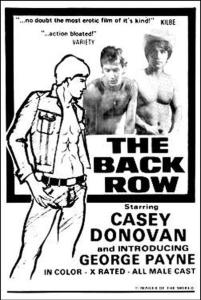 This past Saturday my friend Jerry Douglas passed away, after a long, protracted period of declining health during this awful first year of COVID. Jerry was one of the most important figures in the adult gay media world, with a long and passionate career as a playwright, author, director, screenwriter, journalist, ardent theater-goer, film watcher, and raconteur. He was 85 years old.

Jerry was well-looked after for decades by his loving partner John Stellar, who Jerry loved immensely. The last time we saw each other in person was after an event at the Bureau of General Services Queer Division in 2019. Jerry and a group of his friends went out to eat dinner afterwards. I tagged along, and saw how excited he was by the galleys to Seidelmann’s new volumes of his work. He confided he was in lousy shape, and we had to walk very slowly to the restaurant as walking took a lot out of him. He was still in top form mentally though, offering cutting and hilarious opinions of a variety of filmic and gay porn topics.

We spoke on the phone a bit early last year and he talked about his intense disgust at our soon-to-be-ex-President and his excitement over his recently completed book. We traded a few emails after that but he was not up to phone calls when I rang over Christmas. I asked John to pass on my love. My condolences to all who knew him and whose lives were touched by his remarkable career and always delightful presence. He was a one-of-a-kind New York character and I’m proud to have called him my friend.

Adam Baran is a Brooklyn-based filmmaker, writer, curator and queer nightlife guru whose work focuses on hidden histories of queer sexuality. Baran produced the Emmy-nominated Netflix documentary CIRCUS OF BOOKS, and wrote and directed the award-winning gay narrative short JACKPOT. Baran's latest short film is the forthcoming documentary TRADE CENTER, which explores the secret gay cruising spots at the former World Trade Center prior to 9/11. Baran has served as the co-curator of the acclaimed New York-based Queer/Art/Film screening series for 11 years, and has been a programmer for the Outfest and NewFest LGBT Film Festivals. Baran was an editor at the acclaimed gay publication BUTT Magazine for many years and has written for MTV, VH1, Vice, V Magazine and Foam. In 2016, Baran was a founding member of The Creative Resistance, an activist group of documentarians and creatives who mobilized to make films and ads to help flip the New York State Senate from Republican control to Democratic, which the group achieved in 2018.