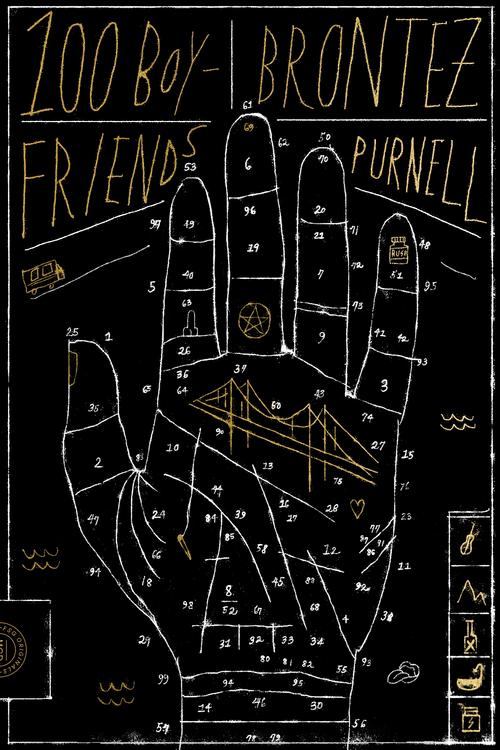 Oh, February. The second month of the year, the time of Aquarius and Pisces, Groundhog Day, and the Lunar New Year. It’s an exciting time.

While this year there may not be the potential for extravagant date nights with the hopes of delivered flowers or heart-shaped boxes of chocolate, there is still, without a doubt, a new piece of LGBTQ literature for you to love.

Try Brontez Purnell’s 100 Boyfriends, a collection of short stories about queer men “desperately fighting the urge to self-sabotage.” The stories mix pathos with comedy, while illuminating the pitfalls and joys of queer desire. Read an excerpt here.

Follow two gay thirty-somethings trying to make sense of the world in Zak Salih’s Let’s Get Back to the Party. In the novel, two childhood friends take the opportunity to rekindle their friendship after the Supreme Court’s landmark decision on marriage equality, but the men struggle with their relationship in an ever-changing LGBTQ landscape. As they see their friends getting married and gay bars are overrun with bachelorette parties, they find themselves in conflict with each other and a rapidly changing gay culture.

Maybe this Valentine’s you’d like to focus on some self-love. It’s Been a Pleasure, Noni Blake by Claire Christian follows the titular character’s journey after a devastating break-up. Noni travels halfway around the world while prioritizing herself, finding that maybe she can have everything she’s ever wanted.

Or, maybe love really is not your thing. Wibke Brueggemann’s Love is for Losers follows a fifteen-year-old girl who vows to never fall in love. She’d rather marry herself. Well, that is until she meets a girl at the thrift shop she volunteers at….

Okay, okay, enough with the romance! Enter David Levithan’s The Mysterious Disappearance of Aidan S. (as Told to His Brother); the book revolves around the uncanny disappearance and reappearance of Aidan S.. The young Aidan may be telling an impossible story to explain his absence, but his brother is insistent on finding the truth, no matter the conflict it provokes.

If one mystery novel is not enough for you, there’s also U Up? by Catie Disabato. After Eve’s online friend, Ezra, disappears one weekend, she begins to scour social media for clues. As she embarks on her search, she finds more about Ezra than she had ever planned on. This novel examines how our online personas influence our personal lives.

In Jen Silverman’s We Play Ourselves, a young playwright’s life collapses after she becomes part of a humiliating scandal in New York. She flees to Los Angeles to reinvent herself. There, she meets Caroline, a filmmaker in the process of filming a semi-documentary movie about a group of teenage girls. As the playwright gets closer to Caroline, she becomes concerned with the filmmaker’s treatment of the young girls. Darkly humorous, We Play Ourselves examines the perils of fame and the dangers of artistic overreach.

Learn about eighteenth-century Britain and its fascination with women who dressed in men’s clothing in Sapphic Crossings: Cross-Dressing Women in Eighteenth-Century British Literature. Ula Lukszo Klein analyzes how lesbian desires have shaped modern concepts of gender, sexuality, and desire while revealing how British texts associated female cross-dressing with the possibility of same-sex relationships.

Check out Between a Rock and a Soft Place by Renée Bess, a cross-genre collection that strives to make sense of our current political climate and our wayward past. The book explores socio-political chaos through the experiences of various dynamic characters, such as a Black high school student, a journalist in 1920s Paris, and a faithless entrepreneur.

The options in this month’s new LGBTQ releases are endless. Please, enjoy February’s most anticipated books, and, as always,  if our list is missing an author or a book, or if you have a book coming out next month, please email us.

D.A. Powell: A Wonderful Queer Place
Read an Excerpt from John Rechy's 'After the Blue Hour'
Watch the Trailer for James Baldwin's 'I Am Not Your Negro'