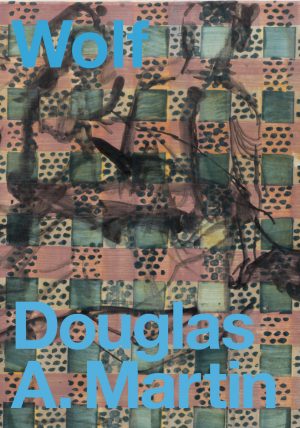 Douglas A. Martin on Writing an Anti-True Crime Novel

Douglas A. Martin on Writing an Anti-True Crime Novel 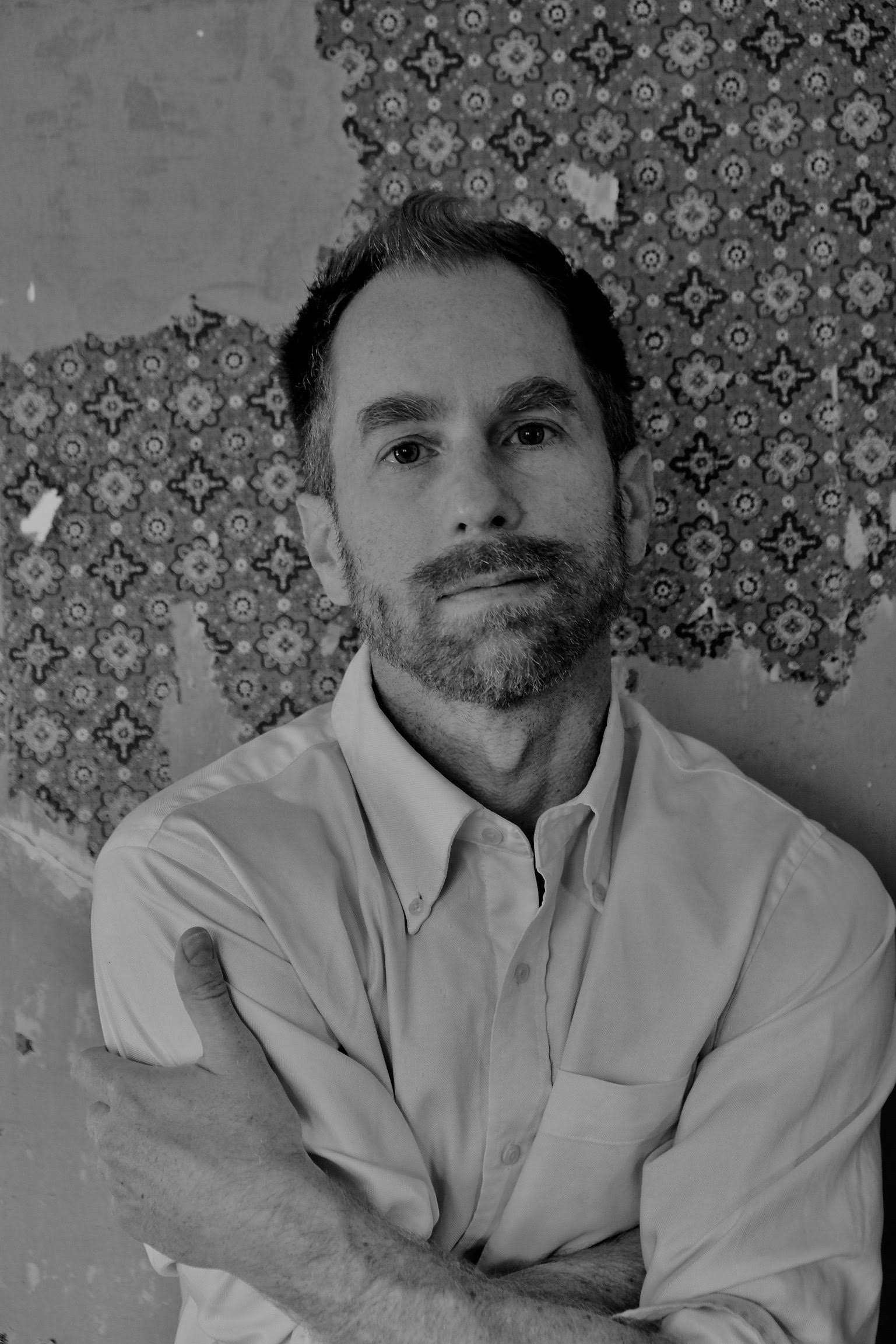 I met Douglas A. Martin as a student in his “Daybooks, Diaries, Notebooks” class at Wesleyan, a class that was devoted to keeping diaries, talking about each others’ diaries, and reading texts that could be considered “diaries,” in the broadest sense of the word. The space that Douglas created in that room was strange, unpredictable and transformative. It is the same sort of feeling that I get upon entering into each sentence in his new novel, Wolf—the feeling that a different sort of living might be able to take place there.

Wolf, out now from Nightboat Books, “tells the composite truth of two brothers, a family friend, a father, and a murder.” It is an “anti true crime novel” that is based on events that occurred in the early 2000s. Martin’s first novel, Outline of My Lover, was originally published in 2000. A twentieth anniversary edition, with an introduction by Hugh Ryan, was re-released in the summer. Branwell, Martin’s novel about the Brontë brother, was also re-released, by Soft Skull, in July.

How did you learn about the events that inspired Wolf, and what drove you to start writing about them?

It was through the newspaper. For some reason, one afternoon while I was in the library where I used to go to write, I picked up the Times when I happened to come across the story.

I probably meant to just glance at it, but there was a particular picture there on the front page that drew me in. I didn’t have a lot of time, or I wanted to get back to my writing, and so I did this thing that I did then… I went to read the article: from the first paragraph cutting to the last, thinking I would get the gist of the case, but the story still not make sense to me.

It was a front-page story of murder that I couldn’t put together—one that, given my interest in reading more about these boys, I must have identified with, but it did not fit my frame of what seemed logical.

Were you driven to look more into the circumstances of the actual events? Or were you more interested in that disconnect or gap that you were experiencing?

Something did make me go back to the case, to follow the story more and begin noting my impressions.

I remember the notations, the lines of phrases I jotted down in my notebook. On each page, there would be a new approach of attempting to enter into this story. You might see some of this remaining in the structure of Wolf; those initial notations under grid part of the book’s structure and its overall diction. They echo there under the other sentences. Like when you paint over the graffiti written in a stall and it starts to still come through at some point.

It’s interesting to me that the numbered sections that the book is written in might have come from the notebook format, because I had thought it had to do with numbered courtroom evidence, or something, and the diary complicates that idea of evidence.

Courtroom evidence, people’s ‘Exhibit 1’ or what have you, that makes sense. And that may have been subconscious, or at some point almost conscious. That is one of the things I am doing when I am writing into the forming of a book. Moving to things that feel they click more for me, I have found over time this tends to be when some aspect, formal or otherwise, resonates in multiplicity.

But in this novel, the impressions are more important than the evidence. The notebook was a way for me to write into feelings [with out making some] grand argument.

I want to ask about the syntax of your sentences. It seems like these sentences are always trying to get somewhere, to find a way to represent the obstacles of communication.

This book is also about not having words for what you are feeling. I do not think a lack of eloquence, or trained articulacy, means you don’t have the ability to feel more or just as powerfully.

How did Wolf become a project that lasted nearly twenty years?

That notebook from 2002 I spoke about, I put it aside when I entered a doctoral program. But when I was out of school again, there did not seem to be any way I could see to move on with writing fiction.

I had started this book, thinking about these lives, and I still did not know what it could mean. I had gone from thinking in the beginning—telling people—that this was a book I was going to write really fast, like in two weeks. It went from news cycle pace almost to realizing I would live with it. That became part of my idea of if I had done the material any justice. There was a clock in my mind of how long were the sentences that would be served, that duration.

What became haunting was awareness of a tension, my wanting to be done with it, a kind of just putting it away. Spending summers when not teaching this way, in this material, writing the truth of it was the hardest thing I had ever done, and the pain necessarily being unlocked, to not stint on it. The real final draft was one summer where I would write most days for about 8 hours on it. I had a system.

I had three different rooms I wrote in. I also think the book happened the way it did because of my boyfriend. We moved into an empty place, or I did, while he was working Monday through Friday in the city. I would begin in the back room that had been let out to seasonal workers before the last owner died. There was just a card table left there then. I worked in the middle of the house during afternoons until the dinner I made myself, giving myself an hour or so to eat and think more. Then I would go into a now dark room at the front of the house with just a desk lamp and it would be some drinking while writing then. I think the light overall was extremely important, its path over the house and then like an interrogation bulb. Until then it was like living a breakthrough in a Lynch film, where psychologies would crossover. I look for these signs as I’m writing, that I might be on the right path, in my own green room then. Then came the morning realizing the migrant room, that back bedroom not yet for guests once it was no longer my rudimentary first office, it was a green like the room in the book.

I want to shift into talking about Outline of My Lover, your first autofiction novel. Over the past 20 years, Outline has become this kind of mythological queer text, as Hugh Ryan writes about in the new introduction. How did people respond when you first published it?

I was lucky when it was first published I had someone in my life whose judgment I trusted like nobody else’s, the writer Brian Blanchfield. He believed in its value. I can’t express the kind of self-doubt I was in when it came out. And there were attacks that lodged very deeply in me. Like I was supposed to apologize for it. Trying to put that story together, or some version of it, that was the only thing making my life make sense to me. Parts of my life I was not supposed to talk about. I did not yet know it was the book I needed to write to write other books, or that I would write other books to prove it was not the only book I had.

Then it was bizarre to drive across the country alone like I did to try to support it, in the publisher’s rented car. I would mostly read for like 3 or 4 people and then drive another day or two to read to sometimes a crowd no larger, just being even more alone. But there were highlights. Like when it turned out that one of the 3 people in the audience in PA was CA Conrad, who was working there at Giovanni’s Room. They moved the book to the front of the store. That felt like being seen.

What has it been like to have the trajectory of your career aligned with this recent renaissance of independent presses, which have published your work?

I owe so much to the vision that was the start of Soft Skull. I was writing my novel after poetry, and there was the way a commercial publisher wanted me to go about it and then there was Sander Hicks [the founder of Soft Skull] just saying one day what’s going on with your novel and that he would do it the way I had written it. This set me on a path, and my work developed outside of editors and big marketing and all that. I’m always trying to get away with more in my writing than the last book, which I think is on a different trajectory than, ‘how can you increase the numbers we sold last time.’ Nightboat has given all of this a new vibrancy for me. I talked endlessly with Stephen, the publisher there, about my first book they ever did. A bit of gossip, the first time I ever met him I thought he was Anne Carson’s boyfriend.

With Soft Skull, it was the way first they hooked into another scene. I knew about them because they would book all the poets they published in the big rock club in my college town.

That’s amazing. I wish it was still possible to see poets in rock clubs, or maybe it is?

I’m not sure. I pretty much retreated to the library after the Outline tour. But I have begun to think a lot more about music with my research around the writer as musician that is Elfriede Jelinek, while at the same time one of my earliest writing influence is beyond a doubt Tori Amos. Seeing her when I went away to college, $2 in the main theater on campus which probably sat like only about 200 people total in that department where I wanted to act, to be some big drama hotshot, when not doing my box office work-study. It had me that next morning in my dorm room understanding I didn’t have to stop writing poems about this or that boy just because now I wasn’t in high school anymore. It made me brave. Her performance made me ask, “Can I write this truth and still be loved?” Or if I admit to the actual conditions of a life, will that somehow stop everything. Can I write to a clarity of expression that makes peace with all my erstwhile initial notations, that undergird a clarity of expression that is like making peace, a move that would be part and parcel of both the genesis of Outline of My Lover and the resolving in the end of Wolf.

This interview has been edited for clarity

Dani Smotrich-Barr grew up in Michigan and recently graduated from Wesleyan University. Their poems have appeared or are forthcoming in Vagabond City, Ghost City Review, Birdcoat Quarterly, DIALOGIST, and elsewhere.