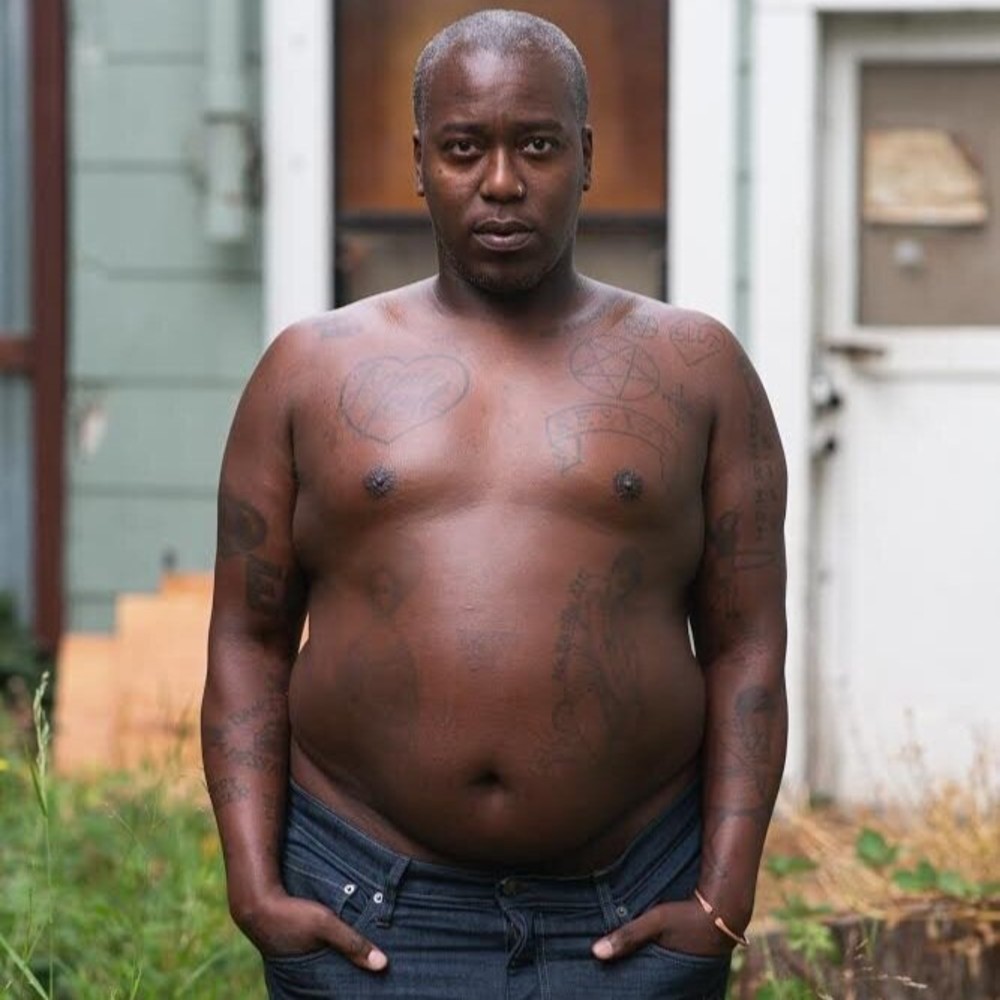 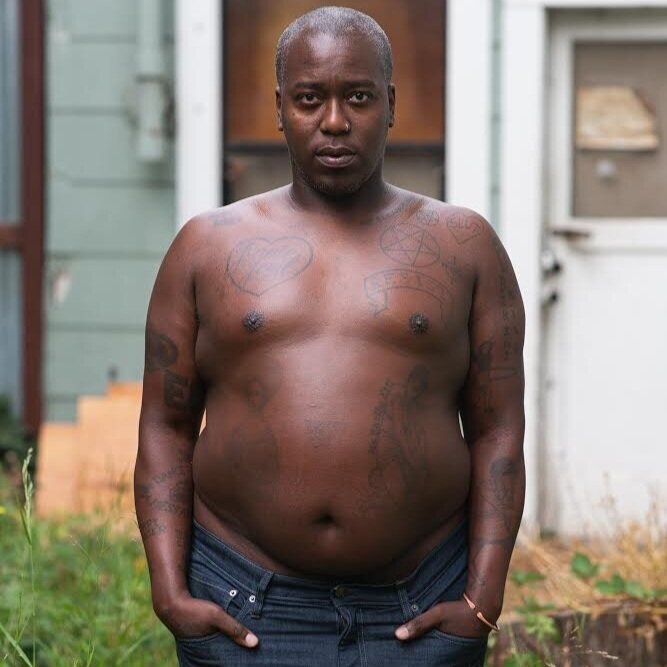 The following is a chapter from Brontez Purnell’s highly anticipated new book, 100 Boyfriends. The collection maps the lustful foibles of a group of gay men as they “tiptoe through minefields of romantic, substance-fueled misadventure.” The short story collection will be released on February 2nd, 2021.

Sometimes I like walking downtown, particularly on those days where I say, “I’m not afraid of the world today. I am a citizen of the world!”

My New York boyfriend reached out earlier that morning and tried to brainwash me into domesticity again. “We can get married and have a house in the Hudson Valley, I’ll build a fireplace. Do you like fireplaces?” he texted.

“Naw dude, fuck all that,” I texted back, but then sort of regretted it.

I was strolling down the street in the East Bay. It was seventy-four degrees. It was February. It was Valentine’s Day AND Black History Month. I felt sexy.

My friend was having a reading at the bookstore downtown. She had written a new play about a genderqueer railroad operator that was set in 1920s Russia. She and her crew were staging a dramatic reading of the text.

There was loads of time to kill before the reading so I went by a particular building; I wanted to see if it had finally been finished. I first found it two days before Valentine’s Day last year, when I was out late and chanced upon Yusuf, an Eritrean guy. Twenty-three? He seemed twenty-three.

He had a deep brown complexion with tones of red in it. He looked beautiful under the streetlight and his afro was impressive. His curls were soft. He lived with his brother, who didn’t know he was gay, so he fucked guys in the abandoned house by his apartment building that was being fixed up.

The basement was cemented and exposed to entry by these rectangular openings in the wall where I imagined a door would be one day. I shined the light on my phone in the interior to make sure no one was sleeping in there. I also noticed that the windows were all shaped like Moorish doors and there were exposed, stained-wood beams crossing all over the ceiling—the room was unfinished but already beautiful.

The sex was telepathic—we both knew that I wanted to get fucked.

I braced my hands against the cement wall and breathed him in. His dick was right and exact. It was always a rush doing these things with handsome strangers. It was like a familiar roller-coaster ride and though it was obscured from public view in the undone basement, I could still feel the night air on my skin. Pants and underwear down around my ankles, my back and torso lifted, he raised the back of my shirt and hoodie to get more leverage on me, treating my clothes as if they were the reins of a jockey riding a horse. I played with my nipples.

I slowed for a second, though—my mind kept going back to the exposed, stained-wood beams on the ceiling and I felt worldly and sophisticated. I had never gotten fucked and appreciated architecture at the same time. Before I could get too pleased with myself, he finished in me. He gave that godawful grunt that men do when they want to say, “Ok, let’s stop now.”

“You gonna call me again?” I said to fuck with him.

“I’m gonna call you all the time,” he said as he hugged me from the back and kissed my ear. I knew it was a total fucking lie, but it was still sweet to hear.

I stood in front of the house now—they hadn’t laid a hand on it since, and it was still a hollow shell. I was tempted to explore it but decided to get on to the reading.

Sometimes I like walking downtown. On first Fridays they have the art walk festival. I spent last year avoiding it, but decided that it was sunny and time to go. I started avoiding it after I had a series of panic attacks the year before. The last time, I ate a pot cookie and tried to ride the train to the festival. In my head I couldn’t shake the thought of hearing bullets coming from some unknown location and a sniper being the cause. I had been reading the newspaper too much, perhaps, but I couldn’t even make it to the train entrance, and took an immediate cab home.

Today my sense of doom was somehow nonexistent. I pranced through the art walk and made it to the play reading. I skipped on picking up whiskey and regretted it halfway through the reading because I was falling asleep, and besides, there was the honest-to-god truth: drama is more dramatic when you’re drunk.

Either way, by the time the reading was over it was dark outside but still strangely warm.  I  walked briskly enough to take off the flannel I was wearing. I was strolling through downtown just long enough until I was walking side by side with a car that had been slowly following me for a block.

The older Latino man within demanded I get in and come to his house. I obliged.

He lived in one of the newer high-rises downtown. The floor plan was so complex that it felt like you were in an endless doom of bad gray carpeting and metal gray doors. Like, if he was a serial killer, there would be no way I could both fight him off and find my way back to the front lobby without his help.

He brought me to what seemed like an unfinished workout room and invited me in, leaving the lights off. There was a window with a bit of the moon shining through, and I could track his movements, so it seemed safe enough.

“Do you like dirty fucking asshole?” he said in this voice that was supposed to be dirty and hot, but dear god—the question.

“Um, I mean, like, hmmmm, I like, took a shower today. . . ,” I fumbled. I’m not really into scat play but also didn’t want to come off as judgmental or like a square. He got the hint.

The man came back after about twenty minutes. “How is your boyfriend?” I asked.

“He’s watching TV,” he explained, pulling down his shorts.

“Does he want to join in?” I asked, just to fuck with him.

“No, we don’t have sex anymore,” he said, matter-of-factly.

It was over soon.

He slapped me on the ass as I walked out the door of the weird gym. “You’ll find your way out,” he said, already walking away. Miraculously I did find my way out without any help— maybe I could escape a serial killer.

Before I realized what I was doing, I walked all the way northwest of downtown to go back to the mysterious unfinished building. I wasn’t sad, bummed, or even slightly inconvenienced, to be honest, but I did have the urge to remember a day that was before today. I had the urge to think about a time that had felt, for lack of a better term, romantic.

Brontez Purnell is a writer, musician, dancer, filmmaker, and performance artist. He is the author of a graphic novel, a novella, a children’s book, and the novel Since I Laid My Burden Down. The recipient of a 2018 Whiting Writers’ Award for Fiction, he was named one of the thirty-two Black Male Writers of Our Time by T: The New York Times Style Magazine in 2018. Purnell is also the frontman for the band the Younger Lovers, a cofounder of the experimental dance group the Brontez Purnell Dance Company, the creator of the renowned cult zine Fag School, and the director of several short films, music videos, and the documentary Unstoppable Feat: The Dances of Ed Mock. Born in Triana, Alabama, he’s lived in Oakland, California, for more than a decade.

Michael Cunningham: On Writing Sex, the Creative Process, and Why New York City is (Not) for Writers
For the Sake of Vanyel
'The Heart’s History' by Lewis DeSimone