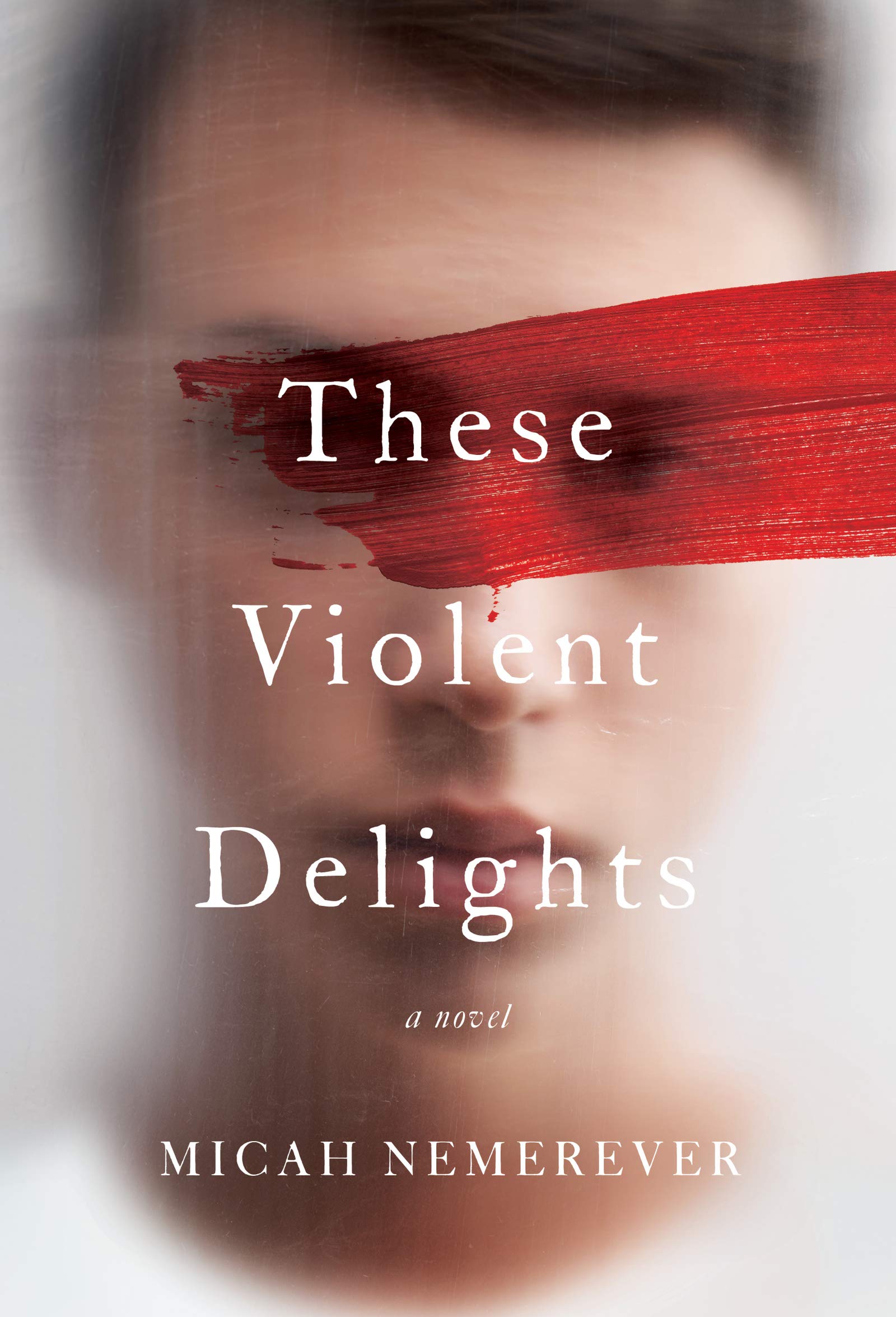 Before I started Micah Nemerever’s debut novel, These Violent Delights, I asked myself if America needed yet another story about arbitrary violence committed by bored and affluent white people. Indeed, I read Donna Tartt’s The Secret History (1992) just before this novel precisely because this one has been compared to Tartt’s story about a group of spoiled and affluent white college students who cover up an arbitrary murder. But whereas I didn’t think Tartt’s novel offered any real insight into human nature or into violence itself–except maybe in its presentation of the relentless moral indifference (or ignorance) of some white Americans–I think Nemerever’s novel truly does. These Violent Delights offers an insightful psychological reflection on insecurity and the lengths some white men will go to feel seen, to feel important, to feel loved.

At the start of the novel, protagonist Paul Fleischer is transitioning from adolescence to young adulthood. Paul is from a Jewish family in Pittsburgh and he’s already to suffered two key traumas. The first is the suicide of his father. The second is the public fallout and shame brought about when he brutally attacks another high school student. The attack revels the intense aggression that hides beneath his unassuming exterior. From these traumas and thanks to the influence of his lover, Julian Fromme, this troubled young man sets out on the road to become a cold-blooded murderer.

The most riveting aspects of These Violent Delights has little to do with murder. This story is really more akin to Bronte’s Wuthering Heights than Tartt’s The Secret History in the way it depicts two people who are passionately in love with each other to the point of destroying each other due to their mutual sado-masochistic tendencies. Like Bronte’s Cathy, Julian Fromme is from a wealthy family, an American version of landed gentry. Paul thinks that “[Julian] looked meticulously cared for, like a rare plant in a conservatory.” The admiration is mutual, and the two young men quickly progress in their friendship and their sexual union. And for each of the four divisions of the novel, readers are treated to key “I love you” discussions. However, with lines like “‘…it hurts, it’s like I lost you before I was born’” and “…if Julian had asked, [Paul] would have happily cut his chest open and handed over his heart, his lungs, every part of himself piece by piece,” Nemerever dangerously verges on the sentimentality one might expect from a John Green YA novel. But unlike Green’s lovers and more like Bronte’s, Nemerever’s couple denigrate each other shockingly: I always worry you’re going to kill yourself… You’re just the type, I’ve always known. Sometimes I wish you’d get it over with”

And yet it’s Julian’s verbal cruelty to Paul that lets the meaning beneath Paul’s aggression come to light, simultaneously revealing Nemerever’s insight into human pain. Every critique that Julian offers of Paul is exactingly accurate; as when Julian bemoans how exhausting it is to date Paul because of his relentless insecurities. And insecure Paul certainly is. At one point, Paul delivers a speech that says it all: “You were right…I’m not worth the effort. I don’t give you anything worth having, all I fucking do is need, I’m repulsive, it’s not like I can blame you…” to which Julian honestly, if in letter not spirit, replies: “I never said a word  of that…”

Later Julian threatens, “If you say the word ‘deserve’ one more time I’m driving us off the bridge.” Not that Julian is any healthier than Paul. His position in society is simply more secure, and he’s much better at presenting himself as “normal.” The bitter confrontations in which these two verbally cut each other open–like those scenes between Catherine and Heathcliff–are so satisfying  precisely because they are so brutal. There’s just something seductive in the honesty of seeing the meanness born of woundedness depicted so frankly. Accordingly, one can read the murder plot as simply part of the escalation of the pain the two young men desperately want to control.

These Violent Delights is deducted just a touch by what I might call the “violent fantasy motif” that runs through the story. As if he has to convince us that Paul really is the time bomb people suspect him of being, Nemerever heavy handedly reveals, eight or nine times, the protagonist’s absurd sadistic fantasies. In one, the narrator says, “[Paul] remembered waiting at a crosswalk for the light to change, calmly imagining buying a book of matches and setting himself on fire. But every other detail slipped away.” But these seemingly contrived moments can’t ruin the intensity of Paul and Julian’s climatic moment at the novel’s end, a moment worthy of Emily Bronte herself. Nemerever has done something extraordinary in his debut novel. He’s mixed eloquent and vivid writing with psychological depth and an addictive plot. The mixture of horror with believable pathos is gothic done exactly right.

'Ordinary Girls: A Memoir' by Jaquira Díaz
The Deviant’s War is a Timely and Essential Read
'The Off Season' by Amy Hoffman