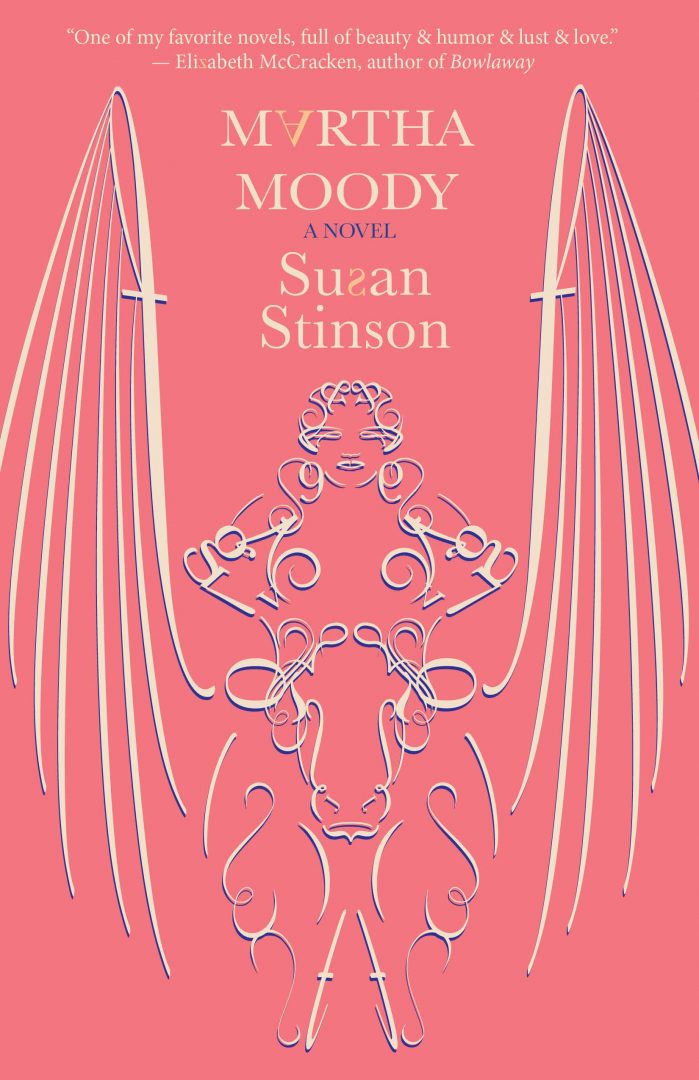 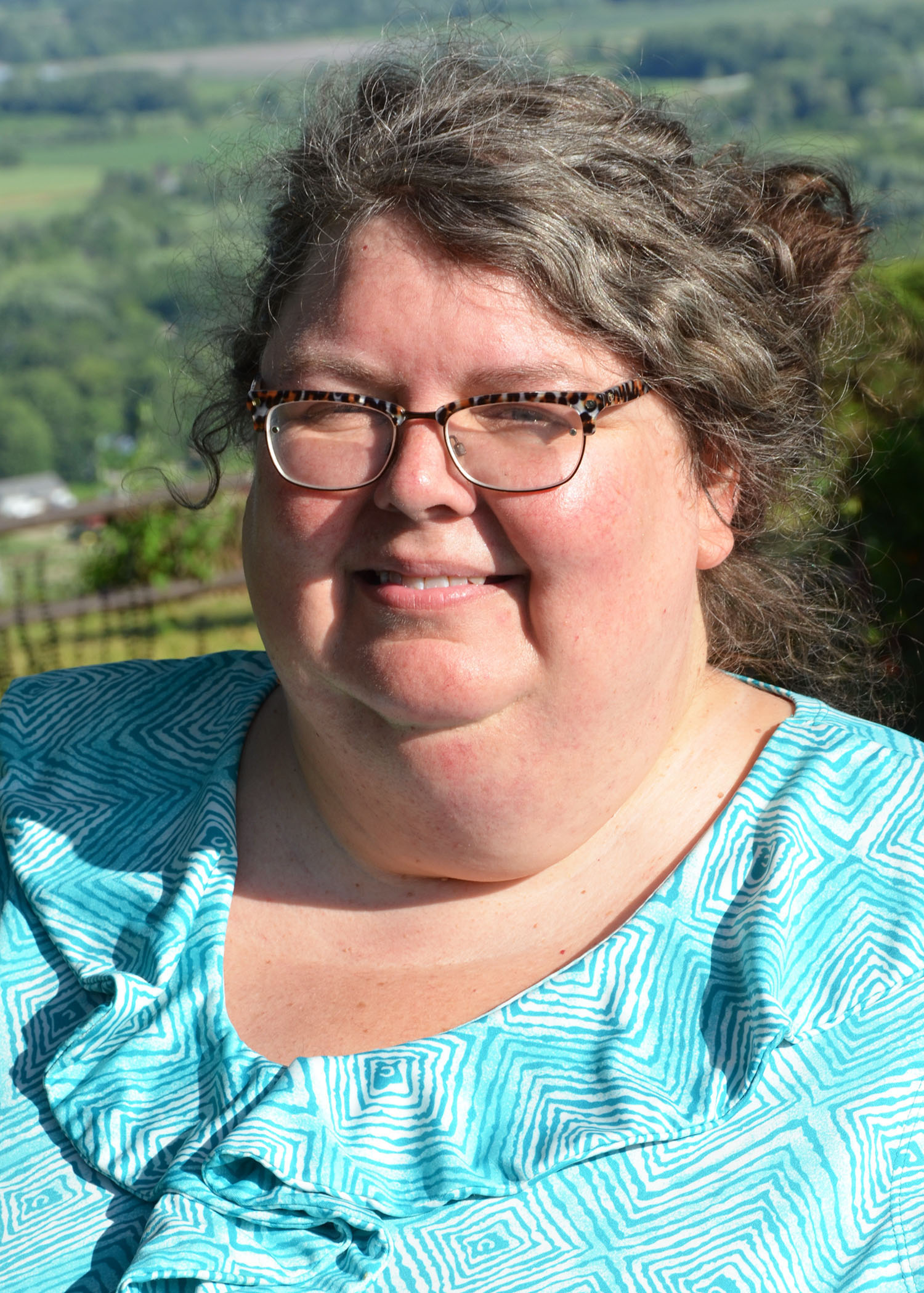 Susan’s other novels are Spider in a Tree (Small Beer), Lambda Literary Finalist Venus of Chalk (Firebrand) , and Fat Girl Dances with Rocks (Spinsters Ink). She has a chapbook of poetry and lyric essays, Belly Songs: in celebration of fat women (Orogeny). She has received the Jim Duggins PhD Outstanding Mid-Career Novelist Prize from the Lambda Literary Foundation.

Susan and I are old friends who have been engaged with each other’s writing for decades. Susan has taught more me than I can ever thank her for about writing, the least of which is the fact that she informed me the word is blurb not blurp. I have always thought that the characters Martha Moody and Miss Alice/Azreal the flying cow from the novel should float in Macy’s Thanksgiving Day Parade.

We are old. Yet Martha, Amanda, Clara, Miss Alice/Azreal the winged cow, all the characters in Martha Moody are still young. Or younger than us, anyway. How does it feel to have Martha Moody reissued twenty-five years after it first came out?

It feels fantastic. I am so happy for the books to find new readers. That gives me a bigger jolt of life than a kale salad.  And, for the record, Sally: I’m sixty. You are older than me.

Seems like I’ve been older for years. Martha Moody is a historical love story and fantastical western. As a writer of historical fiction, what drew you to this setting and time?

Well, I didn’t really think of myself as a writer of historical fiction when I wrote it, although my most recent novel and the novel I’m working on now are both heavily researched historical fiction set in colonial New England. I think one of the reasons I took on such intense research projects later was to work in a different mode than the flights of fancy I took in Martha Moody.

Martha Moody began as a section of my first novel, Fat Girl Dances with Rocks which is a coming-of-age novel set in a suburb of Denver very much like where I grew up. Our housing development, Dream House Acres, was unincorporated, but the mailing address was Littleton, Colorado. I didn’t do much research when I was writing Martha Moody, but the setting is based on the kind of romanticized settler story I grew up with. One of the yearly rituals was the Little Britches Rodeo, inspired by the memoir, Little Britches, which written by Ralph Moody. I read all his books, and there is a photo from the local paper, where my mom worked as a reporter, of my younger brother and me as kids getting books signed by him. The story I wrote isn’t based on their story at all, but his mother Martha was a strong-willed woman named Martha, and I think I was paying a bit of tribute when I named my character.

Another thing I was consciously drawing on were tall tales like those about Paul Bunyan and the Blue Ox. I read stories from the Bible, too and drew on that imagery, too. I figured the Bible would have been literature that they had access, too.

I have been rereading Martha Moody. And oh yes, this is a book full of longing and sex. As an older reader, I am particularly loving the buttery slow sexy scenes. Can you talk about writing the sexy bits?

I was resistant to a flying cow at first, but that speaks to a deficit in my soul. Do you want to say anything about Miss Alice/Azreal?

I was talking with a friend recently about how much I loved C.S. Lewis’ books about Narnia when I was young. I got to thinking about Aslan the lion, and what a great image he was for the divine. That might be one influence on Azreal. Golden calf imagery in the bible is another. I was influenced by the poet HD. I already mentioned Paul Bunyan. One of the ways I’ve been insulted as a fat woman throughout my life was being called a cow. Miss Alice/Azreal was a way to explore what the power was behind those insults, what people were afraid of.

Your soul is amazing, says me.

The authority of your narration, lyricism, and the clarity of your story let the reader relax into the reading. Any advice for writers about how to do this?

I wish I knew!  It’s different every time. I wrote Martha Moody in a playful, pleasurable mode. I used to talk about the story with my beloved in the evenings and use some of her ideas and responses. This has been the book that came easiest of all my books.  Or that’s how I remember it now.

Do you find it hard to write in these way too interesting times?

Yes, I am finding very hard to write in 2020. It’s been a hard year for me in narrow personal ways in addition to the pandemic and the terrible political situation. I’ve had to struggle with post-concussion disorder, among other things. I have been moved by the work so many other writers are getting done. And I am writing a new book that I’m deeply engaged and challenged by. It’s just going very slowly.

What keeps you writing?

It’s one of the deepest, most persistent impulses of my life. Even when it’s hard. It’s how I explore the things that matter to me most.

I’m encouraged by the reissue of Martha Moody, with fat lesbian protagonists and themes of independence and self-love.  Do you have ideas for how we can encourage more publishers to broaden the range of stories published?

I feel incredibly lucky to be with Small Beer Press. Gavin Grant and Kelly Link are adventurous in their literary commitments and love of the weird. I love the other books they publish, and I feel a moral aesthetic at work in their choices that informs and transforms mine.

The move I still love for writers who want to see a wider range of stories in the world is to start to publish those stories themselves. That’s what Gavin and Kelly are doing, including in their zine Lady Churchill’s Rosebud Wristlet. It’s what you, Janet Aalfs, and I did in the early nineties when we published chapbooks by each of us, including my Belly Songs. Don’t wait for big institutions or tons of money. Do it yourself and see what happens.

Is there going to be a book launch?

Yes! I’m am going to be in conversation with the hilarious, brilliant author Elizabeth McCracken, who has been a champion for Martha Moody for many decades. It’s a free virtual event at Book Moon Books on December 3, 7pm ET. Learn more and register here.

What are you working on?

I’m working on Lamentation Hill, set in seventeenth century Connecticut. It is about the relationship between a mother and daughter, settler culture, and lampreys.