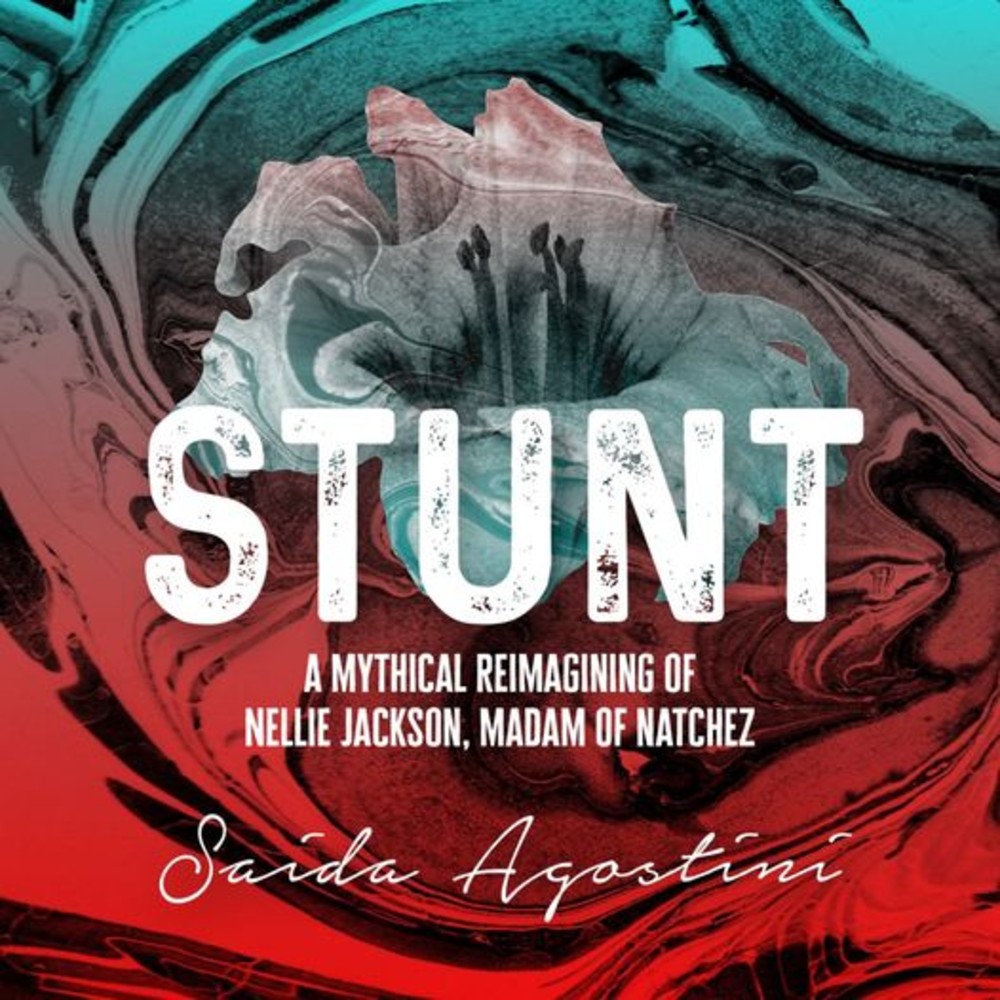 It is telling that Saida Agostini titled her chapbook Stunt, a word with many meanings—prevented from growing or developing properly or an act of spectacular skill or daring, an exploitation, a trick. Stunt: A Mythical Reimagining of Nellie Jackson Madame of Natchez, published by Neon Hemlock Press and released in October, employs poetry as stunts that showcase an alternate history of Nellie Jackson, a way she may have viewed herself.

Nellie Jackson ran a successful brothel for 60 years in Natchez, Mississippi. She used the money from her business to fund Civil Rights freedom fighters and served as an informant for the FBI, helping to track down the KKK.

As the titular poem explains, “baby, we all want to be marvelous / that’s what I sell: / a chance to stunt.” Nellie’s life was stunted in many ways. It was cut short when she was murdered by a drunken white man who was refused entry into her brothel. Due to her identity, she was prevented from pursuing certain careers, education, and from living a life free of racism and sexism. Nellie’s entire life was also a stunt; she lived with courage, starting her own business, making money as a Black woman in 1930, employing sex workers, spying on the KKK. Agostini reimagines Nellie as confident Black business owner, as a seller of opportunity, offering women the chance to exploit others, to sell their marvelous bodies.

There is real power in reclaiming a history so often overlooked, as Agostini calls out in the book’s preface. “Historically, Black women and nonbinary folks were denied the right of interiority. I want to know that my ancestors had pleasure, love and abundance in the midst of their never-ending fight for freedom,” she writes. In “heartache,” Agostini warns of the danger of power: “there is no good white man. no man that can’t / be spoiled by power.” Viewing her parents as “enthroned” in the cotton they picked all day — as regal in their own right — provides perspective into Nellie’s interior life. Through Agostini, Nellie says she “grew up nursed on commerce” and understood “we all have to have a master / I just wanted to be my own.” Agostini continues the metaphor by describing Nellie’s brothel as a “kingdom.”

The masterful way Agostini reclaims Nellie’s history, through tone, through embodiment, through agency, is compelling. Throughout the chapbook, Agostini’s and Nellie’s voices blend and merge into a woman who acknowledges her own power as well as the danger it holds. These poems explore power through skin color, class, gender, sex, and money. In “Nellie buys a fur coat,” again a reflection on class and wealth, Agostini writes, “anything lovely / had to fight to stay alive … why shouldn’t we be able to skin / the ones we survived.” This question is a threat to men who rape and sexually assault women, to white people who owned slaves, to racists and this country’s ongoing battle with deep-rooted racism. This can be seen in “Nellie entertains a klansman”:

hate: the way you bury your fear

in flesh. truth is, working girls get bored with

the way you confuse want with hunger.

then come hungering for a taste of dark

to my damn house – in those fleshly moments

furloughed from your evil

Radical joy, too, is a constant in the book. The body is described as “soft, brutal and irresistible,” as able to “take so much,” and intimacy as “the promise of soft flesh.” In “incantation,” Nellie asks “to be born a joy,” for “a mother who laughs / as quick as rain,” for her mother to have “no tantrums    no blood, /    no memory / of whips    no ominous dark corners” and for there to be no need to obscure parentage, the fact that many Black women were born out of slave masters raping their slaves. And Nellie’s god is described as “black and divine.”

Speaking of religion, in “Nellie speaks on original sin,” Agostini weaves even older history into Nellie’s story. Though Nellie says “my want is wicked,” she is merely reflecting the view of men in power. It’s in this poem that queerness and women’s sexual agency becomes visible, impossible to ignore: “I’ll go back / taste eve’s apple a thousand times / kneel before her abashed in praise / a bad woman flushed in grace.”

The final poem in the collection, “cabal” also celebrates queerness and reclaims the history of enslaved people. After the men leave the brothel, the sex workers “marvel at our own quick beauty.” The poem’s precise description of orgasm and love between women uses “whip” to recall the earlier poems, the idea of being one’s own master, turning the concept of slavery on its head: “does it drive you mad / that we palm our own pleasure / can whip our own bodies // into a frenzied honeyed / dark. a mass of bees / building and building.”

Stunt is being published by Neon Hemlock Press, an emerging purveyor of queer chapbooks and speculative fiction. Agostini’s poetry can also be found in Not Without Our Laughter: Poems of Humor, Joy & Sexuality, an anthology from the Black Ladies Brunch Collective, and several literary journals.

Marlena Chertock has two books of poetry, Crumb-sized: Poems (Unnamed Press) and On that one-way trip to Mars (Bottlecap Press). She uses her skeletal dysplasia as a bridge to scientific writing. Marlena is a bisexual writer and is the Co-Chair of OutWrite, Washington, D.C.’s annual LGBTQ literary festival. Her poems and short stories have appeared in Breath & Shadow, The Deaf Poets Society, The Little Patuxent Review, Noble/Gas Quarterly, Paper Darts, Rogue Agent, Stoked Words, Wordgathering, and more. Find her at marlenachertock.com and @mchertock.