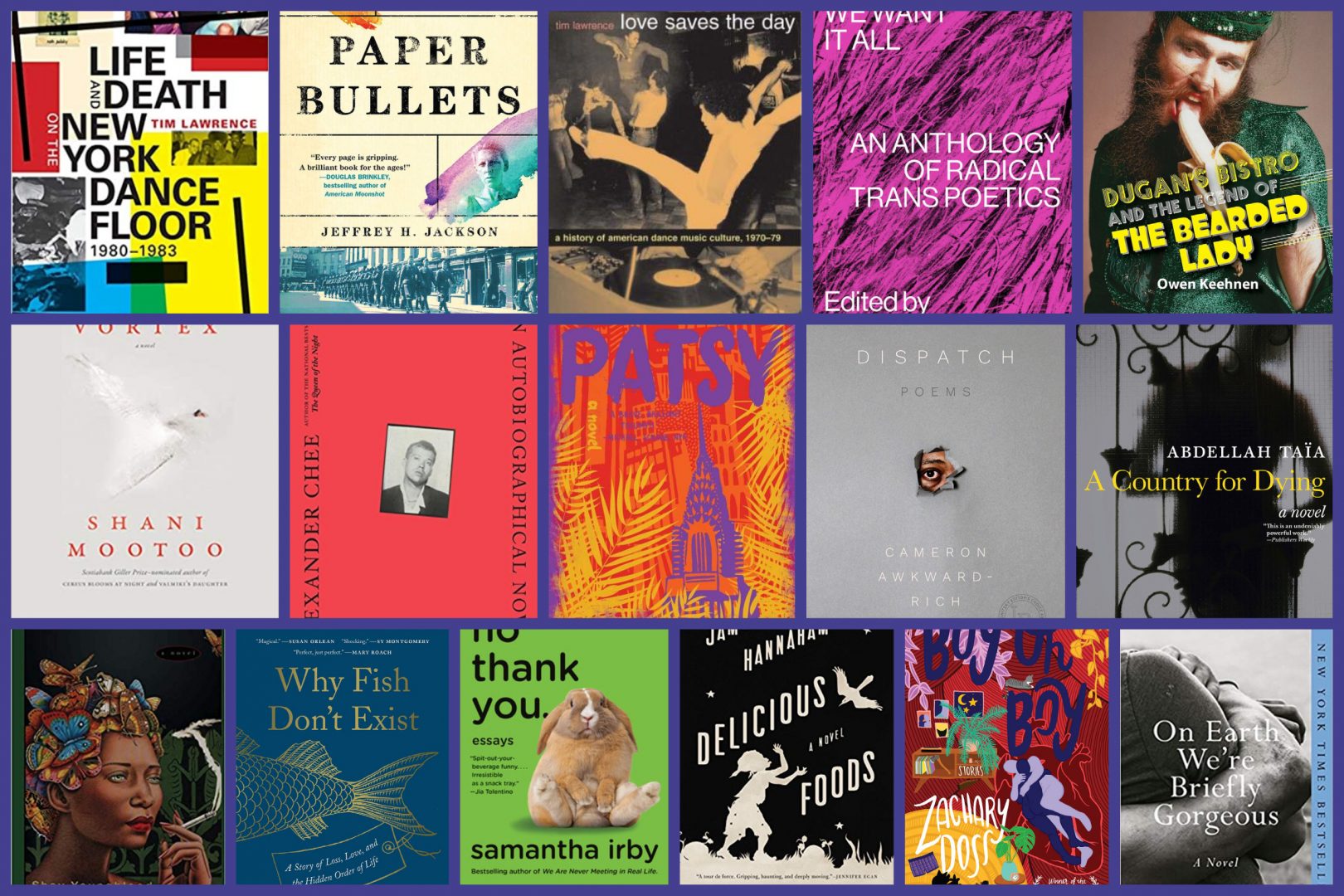 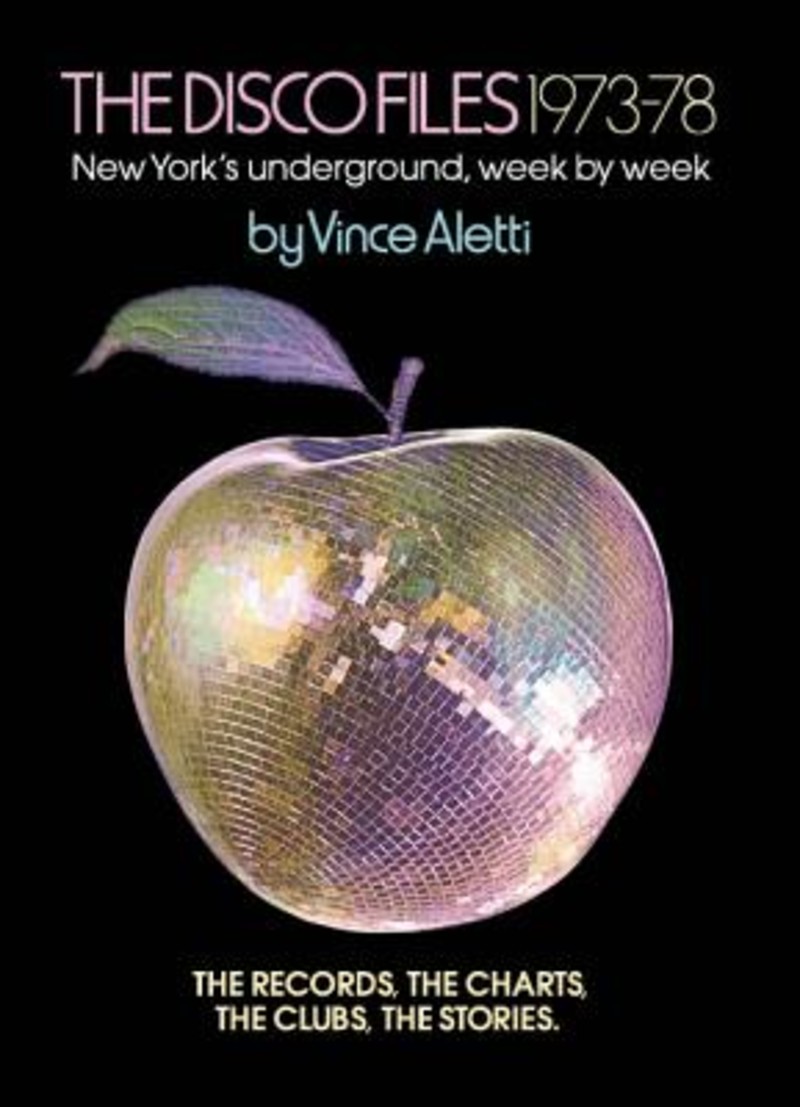 As this long year draws to a close, we’re looking back on the books we relied on to make it through.

What were some of the books we turned to during this most turbulent of turbulent years? Below is a compilation of books curated by the staff that helped us manage 2020. In it, you’ll find discovery and love for new genres, some old, comforting favorites, a few books that will make you laugh, but also a few darker, on-point stories, and even historical books to illuminate queer life from the not so distant past

Without further ado, here are a few Lambda Literary staff picks to see you through.

After months (and months) of feeling like my mind was just too scattered to get into anything, this ended up being the year I discovered a love for audiobooks (and a pickiness about narrators). One of my favorites was Nicole Dennis-Benn’s Patsy, narrated by Sharon Gordon. I also revisited Alexander Chee’s How to Write an Autobiographical Novel, which is just wonderfully read by Daniel K. Isaac. Ocean Vuong narrates On Earth We’re Briefly Gorgeous himself, and it’s incredible. Next up for me is Isaac reading Chee’s novel Edinburgh.

What would we have done without books this past year? I found solace and joy in these books for different reasons. I was taken with a nonfiction book about love between lesbians of a certain age committing acts of quiet rebellion in Paper Bullets: Two Artists Who Risked Their Lives to Defy the Nazis by Jeffrey H. Jackson. It’s filled with hope, love, art, and loads of non-conformity. Polar Vortex by Shani Mootoo gave me the chills with its subdued psychological depth of emotional infidelity. I also yearned to travel beyond my rooms that I know all too well at this point so I reread one of my all-time favorite books about writing and Paris, Black Girl in Paris by Shay Youngblood.  Youngblood’s determination to define her own identity and liberate herself as an artist always feels relevant. More Paris you say?  A Country for Dying by Abdellah Taia is a swirling narrative with characters who struggle with loss – of a part of oneself, of homelands, and of love. Yet, even though all that, there can be hope. If you simply want to laugh and forget the last year ever happened, look no further than Samantha Irby’s Wow, No Thank You.: Essays. Riotous and brilliant, it is impossible that this collection could ever disappoint!

I miss discos! The current world of social distancing has me longing for the dance floor. So this year, in lieu of cutting a rug, I turned to books about cutting a rug. The dance club is my gay church, the following titles* have been my prayer books. Hallelujah!

Chronicling the byways and highways of noted DJs, clubs and early dance devotees, Love Saves the Day is a comprehensive overview of the “golden age of disco.”

My Life and The Paradise Garage: Keep on Dancin by Mel Cheren**

A music executive who would go on to found the iconic New York City club the Paradise Garage, Cheren offers a personal accounting of his life in the dance scene. From the beginning of disco to the formation of house music, Cheren stood witness. This a very rare tome, if you spot a cheap used copy in the stacks add it to your cart.

Our Happy Hours, LGBT Voices From the Gay Bars edited by Renne Bass and Lee Lynch

A wide spectrum of LGBTQ writers offer insight into the power of LGBTQ communal  spaces.

The decadence! The creativity! In New York: Club Kids, former 1990s club kid Walt Cassidy has created a visual compendium of the fabulously “lost children” of the night.

A riveting look at New York City’s post-disco dance scene just before  the culture was consumed by the wrenching AIDS/HIV pandemic.

This is another rare book. Written in 1978, the book maps “the origins of the discotheque[….] The book focuses mainly on discos in New York discotheques like Studio 54, Loft, etc.” Reading this book is like opening up a glittery time capsule.

Author Owen Keenhan delves into the hidden history of The Bistro, Chicago’s beloved 1970s gay disco, and the life of one of the club’s most famous preformers, the gender-bending Bearded Lady.

Last Night a DJ Saved My Life: The History of the Disc Jockey by Bill Brewster

Last Night a DJ Saved My Life is a vivid history of DJing. Covering every genre, from disco to hip-hop, the book provides insight into the turntable purveyors who shaped dance culture.

**These books are out of print but I tracked down copies at my local used bookstore.

Honestly, my reading took me into some dark places this year. The dystopian worlds of Delicious Foods by James Hannaham and All City by Alex Difrancesco. Novels about children who survive despite the adults who fail them (Pet by Awkaeke Emezi & Shuggie Bain by Douglas Stewart). Masha Gessen’s ever-prescient Surviving Autocracy. These books helped me process some of what 2020 threw at us.

But what I also held close this year was poetry. In September, I did the #SealeyChallenge, where you read a book of poems a day. It was a spiritual experience, one that is best summed up in this absolutely stunning poem by Cameron Awkward Rich, (which also appeared in his Lammy shortlisted book, Dispatch.) This is why, as I look ahead, I’m using We Want It All as my guide. In it, the book’s editors, Lambda Fellow Kay Gabriel and Andrea Abi-Karam, remind us: “Poetry provides a way to inhabit revolutionary practice, to ground ourselves in our relations to ourselves and each other, to think about an unevenly miserable world and to spit in its face.” YES.

My brain in 2020 agrees only with books under a certain page count that provide an escape hatch of some variety:

·  For a philosophical thriller and educational journey woven with a narrator you know and trust from radio journalism—Why Fish Don’t Exist by Lulu Miller is it. She looks for answers (in the chronicles of an unexpected hero/villain) about control and obsession while exploring why she has seemingly taken her own life apart and how to keep living—with gorgeous illustrations to boot.

·      At one point in my seasons of quarantine I had an acute spiritual need. In my vague questioning about what this meant and how to deal with it I got some assistance from Transcending: Trans Buddhist Voices which gave me some insight into the wisdom and supportive aspects of Buddhist teachings combined with the critical eye of trans practitioners who have had varying experiences merging their faith and gender identities.

·      This year I have also doubled down on my obsession with puzzles. Meaning—jigsaw puzzles of course, but also, mental puzzles—thus a heavy return to mystery reading (and writing!) I just started the gorgeously written Vera Kelly is not a Mystery, follow up to Who is Vera Kelly? And it’s just what I need. Nobody spoil it, please.