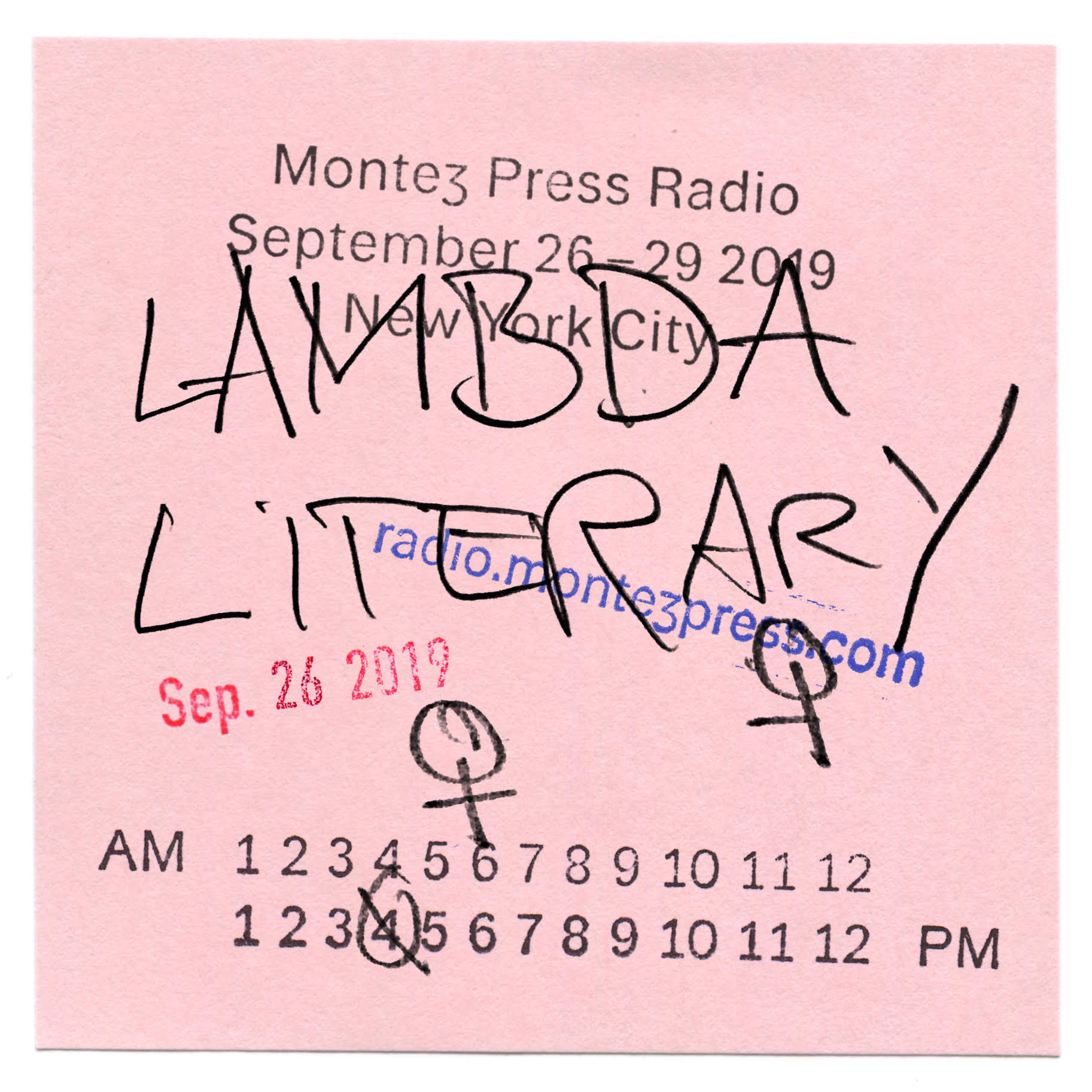 On September 26th, 2019, Lambda Literary hosted a one-off show on Montez Press Radio centered on HIV and literature. In recognition of World AIDS Day, Lambda is reposting the conversation in its entirety.

Hosted by William Johnson (Lambda Literary Deputy Director ), moderated by Theodore (Ted) Kerr (writer and founding member of What Would an HIV Doula Do?), with poet Ricardo Hernandez, and writer & performer Timothy DuWhite. The panelists discussed contemporary poetry, performance, and literature about the ongoing AIDS crisis.

Together, the guests provided very personal snapshots of life with HIV within a literary context, with a primary focus on being queer men of color.

An audio recording of the discussion is now live and can be listened to below.

Timothy DuWhite is a writer, poet, playwright, performance artist, and activist. His work is both brave and exhilarating, and directly addresses difficult and controversial issues such as HIV, state sanctioned violence, racism, and queerness. He has performed at the United Nations/UNICEF, Apollo Theater, Nuyorican Poet’s Cafe, Bowery Poetry Club, Dixon Place, La Mama Theater, Issue Project Room, on the behalf of Adidas and many more. His writing and poetry can be found in The Rumpus, The Root, Black Youth Project, and elsewhere.

Ricardo Hernandez is the son of Mexican immigrants. A recipient of fellowships from Lambda Literary and Poets House, his work has appeared in Assaracus, The Cortland Review, and Newtown Literary. He’s an MFA candidate at Rutgers-Newark.

Theodore Kerr is a Brooklyn based writer, organizer and artist whose work focuses on HIV/AIDS, community, and culture. Kerr’s writing has been published in books, on the web, and in magazines. It has appeared in Women’s Studies Quarterly, The New Inquiry, BOMB, CBC (Canada), Lambda Literary, POZ Magazine, The Advocate, The St. Louis American, IndieWire, and other publications. In 2016, he won the Best Journalism award from POZ Magazine for his HyperAllergic article on race, HIV, and art. In 2015, Kerr was the editor for an AIDS-focused issue of the We Who Feel Differently journal.