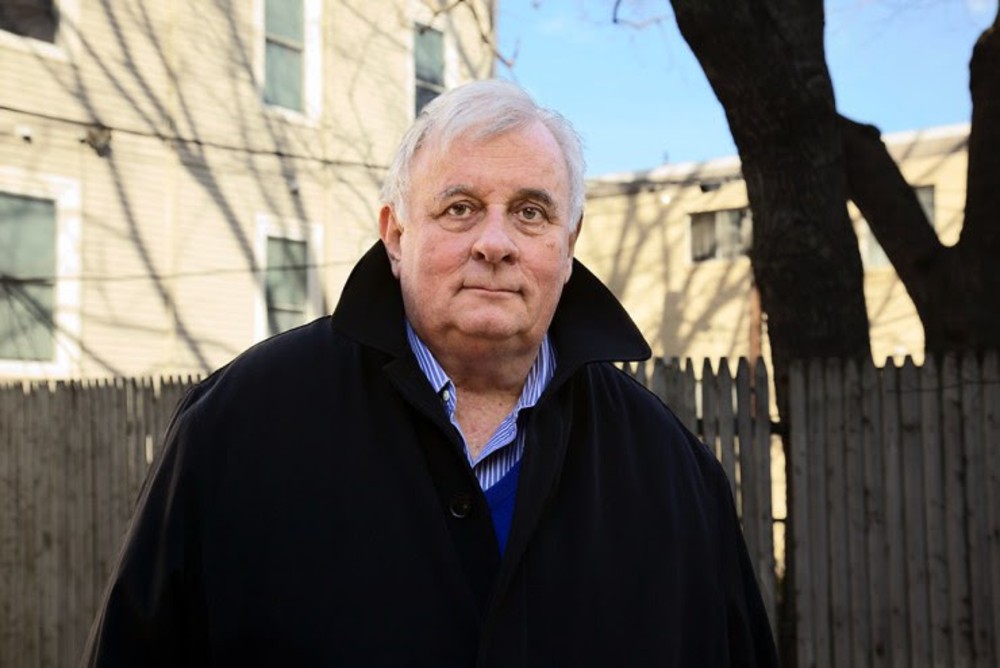 Edmund White Wants to Share Some Gossip with You

Edmund White Wants to Share Some Gossip with You 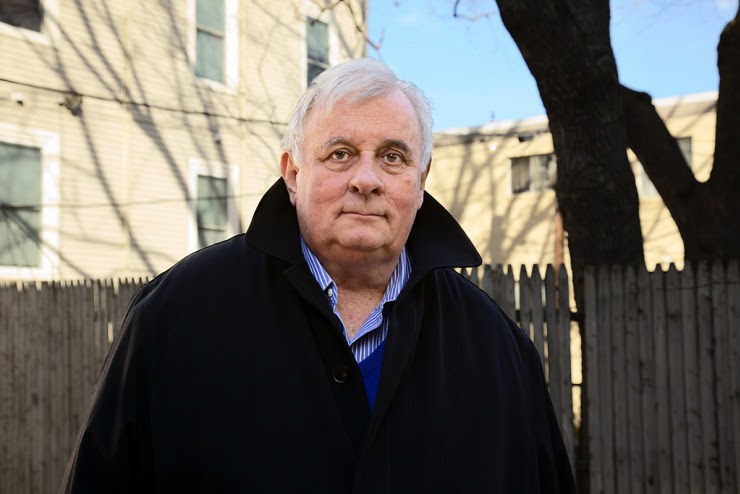 For our end of year fundraising campaign, we reached out to several noted LGBTQ writers to spotlight the ongoing importance of LGBTQ literature. To that end, beloved writer Edmund White generously shared with us his own ideas on why LGTBQ literary voices are so vital.

At 80 years old, Edmund White bore witness to Lambda Literary’s creation. In fact, his early work laid the groundwork for this organization’s mission: that a distinct, definable LGBTQ literature existed and needed to be celebrated. A novelist, memoirist, and essayist, Edmund White’s vast and celebrated writing catalog is peppered with piercing insights on social mores, frank discussions concerning sexuality, and candid self-disclosures.

White’s latest novel A Saint From Texas continues to explore these themes. The novel follows the epic emotional journeys of two twin rural born Texas sisters, “one destined for Parisian nobility and the other for Catholic sainthood.”

In this conversation, White talked with Lambda Literary about writing his new book, gossip in gay literature, and the true importance of having a “queer eye.”

You’re one of the first writers I ever interviewed; this was back in 1999. I was a very green, gay baby in the woods and you were very gracious. We talked about aesthetics and gay literary history and all that high minded stuff, but what I remember most about our first interaction is how much we gossiped.  We talked about what type of men author so-and-so liked, what leather bars poet so-and-so frequented. We laughed and had what I guess you would call a real kiki.

That conversation made me think about gossip in regards to gay storytelling.

A lot of our writing is autobiographical or, you know, auto-fictional or whatever you want to call it. Usually, the source of that kind of fiction is gossip. And by gossip, I mean talking with and about your friends, both the good and bad things that are happening in their lives.

Starting off in the 1950s, there was always a moment after you tricked with someone–of course, back then you didn’t know anything about them because you hadn’t previously had a conversation online or anything–and you would have these intimate conversations afterwards.

You would pick them up on the street, then you’d get back to the house and you’d have sex, then afterward you’d chat; there was this pillow talk. These were clarifying moments of discovery. You’d each tell your coming out stories or your experiences with past partners and friends. I think through decades of these types of interactions, gay people have perfected this field of storytelling, this causal intimacy. But using gossip in my books does not mean saying nasty things about people. I don’t do that very often; I generally try to be optimistic about people and just overlook their weak points.

Was gossip a jumping-off point for your latest novel?

The new book came about because I wanted to write a book about a European woman I knew, a baroness who had a fascinating and tragic life. All of her relatives got mad at me for even daring to write about her; a roman-à-clef is the ultimate shame for a European. So then I thought, “Where can I place this novel that it is far enough away from Belgium, or Europe, or wherever?” I came up with Texas. I know a little bit about Texas because both my parents were Texans and I lived there as a kid.

I thought, “Okay, I’ll have an oil millionairess who becomes a baroness.” But then I thought (groans),  “Everybody’s so tired of all of my writing about social people and rich people.” So to switch up the plot, I took this general narrative framework and added a religious component.

You don’t strike me as religious?

I am an atheist. I call myself a mystical atheist because I’ve always been intrigued by religion even though I don’t believe in God. I decided to write about a saint; I realized that it would force me to deal with religion and that whole mindset.

I read a tremendous amount of devotional literature and a lot of stuff about the politics of the Catholic Church and so on. I’m somebody who loves to read and research. I probably should have been a librarian. It was an absolute thrill!

Did writing this new novel transform your ideas concerning religion and faith?

I’ve always respected religion, but no, I have not become religious.

As a fellow mystical atheist, I’m jealous of that sense of faith and devotion.

….that sense of comfort.

My favorite Catholic story is about Tallulah Bankhead. She was drinking so much that a friend thought she could save Tallulah by converting her to Catholicism. So, Tallulah’s friend took her to Mass. Tallulah watched the priest coming down the aisle, with his censer moving back and forth, and she said, very loudly in that whiskey baritone of hers, “I love your dress, but your purse is on fire.”

….I have no idea why I am telling you that story.

Anyway, religious readers who read my novel were kind enough to say that it wasn’t cynical towards religion. I think they thought that maybe I would make fun of religion, but I never did.

Edmund White at the Lambda Literary Awards in 1989

Edmund White at the Lambda Literary Awards in 2009

Edmund White at the Lambda Literary Awards in 2019

You received your first Lambda Literary award in 1989. That year, you gave a great speech about the importance of LGBTQ literature. Have your views on the LGBTQ literature changed over the decades?

I do think it’s still very important and of course, it’s taken on lots of new exciting forms, like Peter Cameron’s new book, which I love.

It is a wild book. It’s truly a surreal look at marriage.

I loved it. In a way, there was nothing explicitly gay in it, but on the other hand, it seems to me that the gay outsider’s position on life is reflected in that book. The book contains a gay optic. You’re sort of a Martian if you’re gay and you look at everything as if it is slightly strange, particularly things concerning ordinary society. Things like adoption and marriage become slightly skewed through a gay lens.

One of the central tenets of Russian literature of the 1920s and 1930s was to make it strange. The concept produced some brilliant novels. Like in War and Peace, Leo Tolstoy has Natasha going to the opera for the first time and everybody on the stage is screaming and they’re all grotesque. It is really just a wonderfully realized and truly off-kilter scene.

It’s kind of an essential ingredient in literary fiction to look at the world through alien eyes. It provides the reader with new perspectives on common moments. Gay writers tend to really have the ability to bring a strange illuminating perspective into their narratives.

Do you have any advice for emerging LGBTQ writers?

I wasted my whole twenties because I was always trying to write for the market. In other words, I looked around for what was already a hit and then tried to imitate it. All those novels were rejected. I thought, “Well, I’ll never get published so I’ll just write something I would want to read.” That book got picked up and gained some traction.

And that changed your career?

It was my first publication and a few important people acknowledged that they liked it and so on. I think it only sold something like 700 copies, but I found my footing. I stopped trying to second guess the market.

I should add that I think that most successful commercial writers are very sincere. Like Jodie Picoult, or somebody who’s writing a lot of bestsellers. I’ve heard Jodi give a talk once and she’s totally sincere. It just happens that her personality and her interests align with that of the general public. I guess my simple plain advice to emerging writers is to be sincere.

I’ve been asking authors in this series of interviews to share one surprising secret. I don’t know if you can even answer that query, I feel like your books already offer pretty unvarnished moments of self-revelation. Are there any secrets left to tell?

You’re quite right though, I try to give a pretty good image of my sensibility through my writing. Right now, I’m writing a novel in which “Edmund White” is a minor character. And so I have the burden of describing myself from the outsider’s point of view. It’s a lot of fun to do, but I’m not sure it’s accurate, or whether anybody would agree with my self-characterization.

Did you gain any new insight?

Somebody once said that first, you’re nervous… and then you die. Well, here I am at 80 and I’m still nervous about everything. Maybe that is my hidden secret, that I have always been nervous.

Lambda Literary depends on contributions from individuals to maintain our programs.
Donations of any amount are appreciated and used wisely.