Author Tim Murphy Has Some Advice for You

Author Tim Murphy Has Some Advice for You 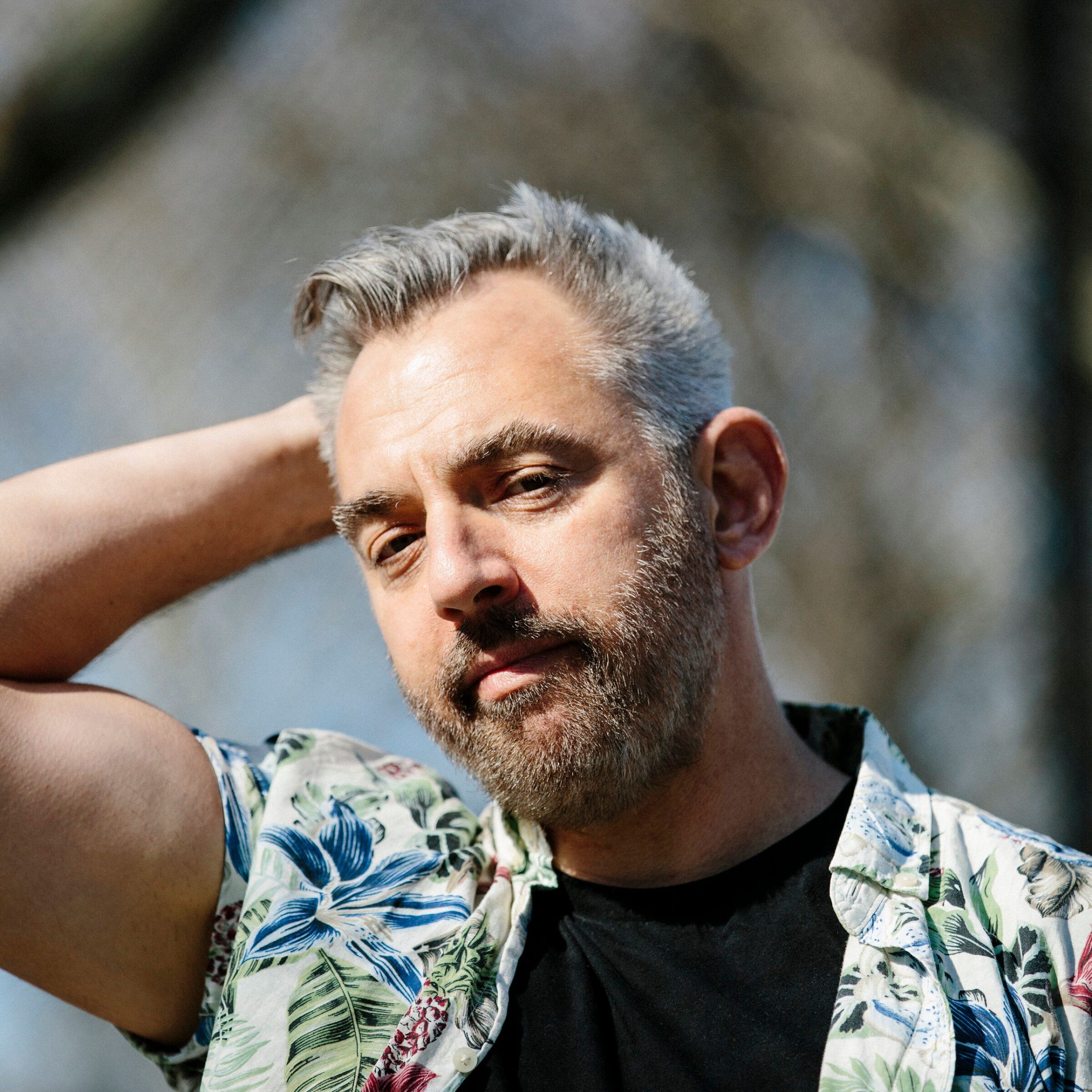 Are you aware of all of Lambda Literary’s dynamic programming?

As Lambda Literary embarks on its fall fundraising campaign, we want to make sure that our community of stakeholders has a clear understanding of our multifaceted work. To that end, celebrated writer Tim Murphy generously offered to answer some questions about his experience with Lambda Literary.

Tim Murphy is an NYC-based journalist on LGBTQ issues and politics and the author of the recent New-England-meets-Middle-East novel Correspondents (2019) and the novel Christodora (2016). A writer unafraid to go big, Murphy’s panoramic novels offer delicate character-based studies alongside scenes of sweeping political and cultural tumult.

Murphy was a faculty member for the 2020 Writer’s Retreat for Emerging LGBTQ Voices. With a humorous candor, Murphy talked with me about his time at the Retreat and shared some of his not so secret passions.

I discovered your writing back in 2013, when you were writing for New York Magazine. I loved your magazine work. I found it smart, witty, and gay, gay, gay! Can you give me a little background on your path to journalism, and how that on-the-ground reporting and lifestyles coverage coincided/ complimented your life as a fiction writer?

Why thank you, William! I actually came into journalism through the back door, as an HIV/AIDS writer in the nineties for various nonprofits including GMHC and what was then called CRIA (Community Research Initiative on AIDS). One gig led to another and eventually I started writing for the HIV/AIDS magazine Poz, and then I became the features editor and then also staff writer there. That’s where I really dug into “investigative” journalism where I would talk to multiple sources and where I learned to write a kind of long-form journalistic narrative. And it was after about 5 years there that I really wanted to branch out topically and I started writing for different sections of The New York Times and New York Magazine among other places. I loved interviewing other writers, artists, designers, musicians, etc. I still do. I love talking to artists about their creative process. I definitely think a lot of what I absorbed about New York City as a journalist, like the art scene, went into Christodora. As for how that relates to fiction, I think there are a lot of similarities in terms of what makes good fiction and nonfiction narrative: basically the more detail, the more granular, the more you paint a picture, the more you keep the story moving through time and space, the more you portray people in their complexity and nuance…the better!

How does your journalism work influence or inform your work as a fiction writer?

One big way is that I love to do research and I was very comfortable doing a lot of research and even interviewing people for my novels Christodora and Correspondents. If I am portraying real-life events in a fictional context, I hate the idea of not getting it right, or not portraying it in detail, which requires a lot of research. So there’s that. Also, I think journalism and regular deadlines are really great for not being so precious about the writing process and just banging it out, enjoying the ride, and knowing you can always go back and cut and polish later. And also knowing how to take edits. You have way more latitude in fiction to refuse edits, but I really believe that for both journalism and fiction, a good editor—and it takes time to know what that is, versus an editor who is sucking your soul out of you (and I’ve had plenty of those)—is your friend as a writer and in many ways your collaborator in making a better story.

How would you describe your writing aesthetic? Does it take a different tenor depending on the platform or genre you are working in or through?

I would say that I am a “social novel” writer and have certainly been inspired all my life by writers who are naturalistic and keenly attuned to social mores and manners, everyone from Dickens to Edith Wharton to James Baldwin and Chimamanda Ngozi Adichie. I really like writers with a very keen eye and a sharp social wit and all the writers I just mentioned (and many more) fall in that category. I guess I aspire to that. I am very naturalistic. I have never had much inclination toward science fiction or fantasy or speculative fiction. I am pretty fascinated by society and life as it is—I think all the strangeness and horror and beauty is right there for the observation. I try to strike some balance between literary richness, the idea that the writing itself should be beautiful and resonant and atmospheric, and not overly calling attention to the writing. I hate writers where it’s so obvious they are trying to come up with a metaphor or a turn of phrase for every stupid thing. I think it is such a talent to make the reader forget they are reading and to just completely immerse them in the story in a way that is very cinematic. I definitely like to write as though I am shooting or cutting a film.

In 2019, you taught at the Lambda Literary Emerging Writers Retreat for LGBTQ Voices. What surprised you about your experience?

One thing that surprised me is that the fiction fellows seemed to think that I did a good job. My workshop philosophy is that the group should help each writer make the best version of the piece that they want to write, that the group should not impose their own idea of what the piece should be on the writer. Quite frankly, I was terrified that I was going to inadvertently assert some kind of cisgender white male dominance or assumptions that would make them all hate me. I think I avoided that. I certainly asked them to be frank at the end of the session and I didn’t get any such feedback. I think maybe the other thing that surprised and moved me was to see the rawness of these writers at or near the beginning of their careers, how much they put themselves, their own experiences, and their identities on the line. I guess I have been writing for so long and transmuting my own experiences into narrative for so long that I forgot about how intense and scary and exhilarating that is. And everyone gave one another so much love and support. It was a really beautiful week. It was like the best kind of queer summer camp.

Any particular moments that stand out about that week?

The moments I really remember are hearing certain participants from workshop tracks other than my own read and thinking, “That person is going to be a star.” There is nothing more exciting than hearing someone read who just owns the room and takes your breath away with their use of language or command of storytelling.

The other thing I want to point out is that I think that was the first literary event I’ve ever been at where white people were not the clear majority, which maybe says something about me and maybe says something about the traditional literary world, but it was definitely new for me in a way that felt like the future rather than the same old thing.

What did you learn from the experience?

I hope I learned to be a better teacher/mentor because I think to do right by someone and their work really requires you to listen and think carefully about what they are trying to achieve, even if it is not the direction you would send them in.

As a teacher, is there any general guidance you give to budding writers?

Yes, I would probably say three things. One is to read everything—everything. Read voraciously, in great volume, and push yourself to read stuff you wouldn’t normally read. I think this is really how I learned to write, seeing what other people did and adapting what I liked to my own writing, or conversely learning what kind of writer I did not want to be. Two, you have to write regularly—like exercising. You don’t have to write for long increments of time. Even ­­an hour at a time or less is fine. Or make yourself write a one-page story every day. But you just have to do it regularly. And three, you have to train yourself to really give yourself some kind of pleasure when you’re writing. It should be a transposition of the different kinds of pleasure you feel when you read. Are you riveted? Crying? Laughing out loud? Mystified and puzzled? Dazzled by the writer’s insights or use of language? When you write, you should try to make yourself feel the things you feel when you read, depending on what you’re writing. That’s how it becomes a source of pleasure and not a grinding chore.

So this Q&A is part of a wider campaign to raise vital funds for Lambda Literary’s programming. Why do you feel it is important for folks to support the Lambda Literary Retreat? Particularly, the scholarship program?

I felt I was very privileged to work in publishing after college so I kind of knew what to do as a writer from a business point of view, how to find an agent, how to work with an editor. But I think so many people really have this deep desire to write, and they do write, but they have nowhere to start in terms of a network, people to help them navigate the process, or a community of other writers to cheer along, commiserate with, and talk things through with. And I saw so many people getting that at the retreat. It was so clear that they would now have contacts and writing peers likely for the rest of their lives. And that is invaluable. I think the scholarship aspect is especially invaluable because it can make the difference between whether certain people get that huge career-launching experience or not. It may honestly change the course of the rest of a person’s life.

And lastly, can you tell me a secret? What are some books that folks might be surprised that you love?

I guess this really depends on whether and how well people know me. I love Valley of the Dolls. But I’m an older gay who loves that kind of trashy camp, so that’s not really surprising, is it? I love nonfiction about pop music and musicians. This is because I grew up playing piano and composing in college and I am obsessed with music arrangement and production. So a book like The Song Is You, which goes into Sinatra’s recordings with really nerdy detail, or Where Did Our Love Go?, which tracks how the Motown sound became more sophisticated and orchestral as the sixties evolved—I really get into those. Right now I am rereading Love Saves the Day, about the history of New York City nightclubs in the 1970s and the evolution of disco and DJ’ing. I admire any nonfiction writer who goes deeper than most on a given topic, the kind of writer who obviously drove their subjects crazy with the granularity of their questions.

Lambda Literary depends on contributions from individuals to maintain our programs.
Donations of any amount are appreciated and used wisely.

Five New Queer Voices To Watch Out For
Jameson Currier: Round and Round
Ginsberg Recordings to Reissue Allen Ginsberg's Recorded Works