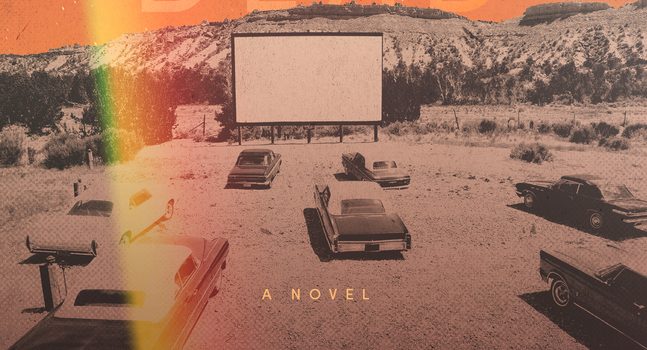 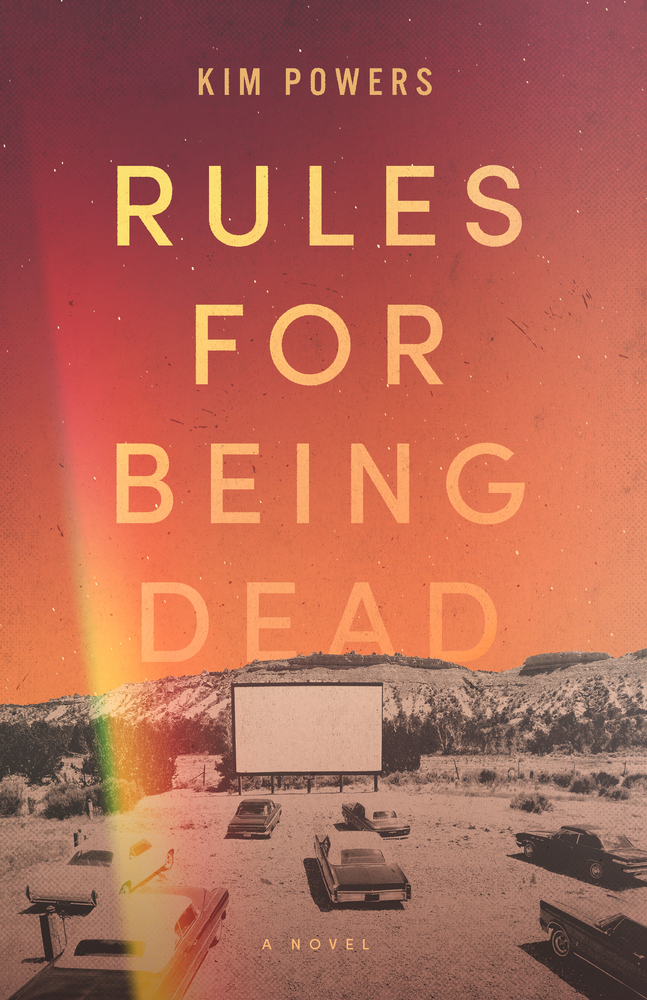 Everyone needs an escape from life. In Kim Powers’ new, genre-bending novel, Rules for Being Dead, not even death provides respite. It’s 1966 in McKinney, Texas, and schoolteacher Ms. Creola Perkins has died. No one is quite sure how, even Creola herself. A ghostly spirit of yesterday, Creola soars among the rooftops and trees, helplessly trying to assemble the last moments of her existence. Resentfully, she tells readers, “Yes, in addition to flying I seemed to have developed an ability to see what will happen years, even decades from now… I wish I could have seen my future, so I could have stopped it. Whatever it is that stopped me.” Creola watches as her ten-year-old gay son, Clarke, and his brother, Corey, wade through grief while managing their alcoholic father, L.E., and his not so new girlfriend. The boys, though, find comfort at their local Ritz Theatre with starlets and silver screen heroes. Creola says, “They spend all their time sitting in the dark, watching movies up on a screen, living the lives of those characters instead of their own lives.” Films like Alfie, Fireball 500, and even The Psychopath offer the Perkins children more guidance than most living adults.

A murky cloud of suspicion begins to surround Creola’s death. Clarke overhears his cousin gossip, speculate and dramatize. Powers writes, “(She) tried to find this bottle of blue pills that Aunt Creola used to take, but she couldn’t find ‘em….We could get a court order and have (her) body exhumed.” Clarke’s emotions are quickly ignited. Quite like a James Bond flick, he embarks on a mission to discover the truth about his mother’s passing. Suspect number one: his father. Clarke tells us, “If I get enough evidence, I’ll take it to the police. I’ve already taken a bunch of spy pictures with my Secret Sam Attache spy kit.”

While her son prowls for answers and clues, Creola begins to remember more about her final hours. She also reflects on her fractured marriage and her mishaps as a mother. There were many screaming fits, skillet wielding ultimatums and the one episode where she sawed her children’s bedroom furniture into mere pieces. Creola tells us, “That’s what death is, I know now, remembering every horrible thing you’ve ever said to your children. Terrifying them before they every needed to be terrified.”

Kim Powers’ young characters are so well drawn and superbly authentic. Rules for Being Dead perfectly captures childhoods biggest challenge: comprehending the frightening enormity of life itself. Clarke and Corey face giant, almost impossible emotions with very few resources and little support. Powers, though, does not portray adults as complete villains. These characters walk a constant line of damage control, fully aware that their influence shapes the children. Rules for Being Dead asks readers, ‘At any age, do we ever stop being scared of life?’ Well, life is scarier than death. Just ask Creola.

Rules for Being Dead will keep you guessing, feeling, even cringing until the end. Kim Powers’ novel, above all, conveys sweetness. There’s a great deal of heart on these pages. Clarke tells us, “…sometimes Daddy calls me Clarkie, which has an ‘i-e’ at the end of it. You add an ‘i-e’ or an ‘e-y’ to the end of something when you want it to sound sweet like ‘honey.’” Clarke has grown to despise “sweet words.” Rules for Being Dead is filled with other kinds of sweet words that could very well be read as rules for being alive.

A Look Into the Dark Inner World of Patricia Highsmith
'Waiting Up for the End of the World: Conspiracies' by Elizabeth J. Colen
'The Prince's Boy' by Paul Bailey