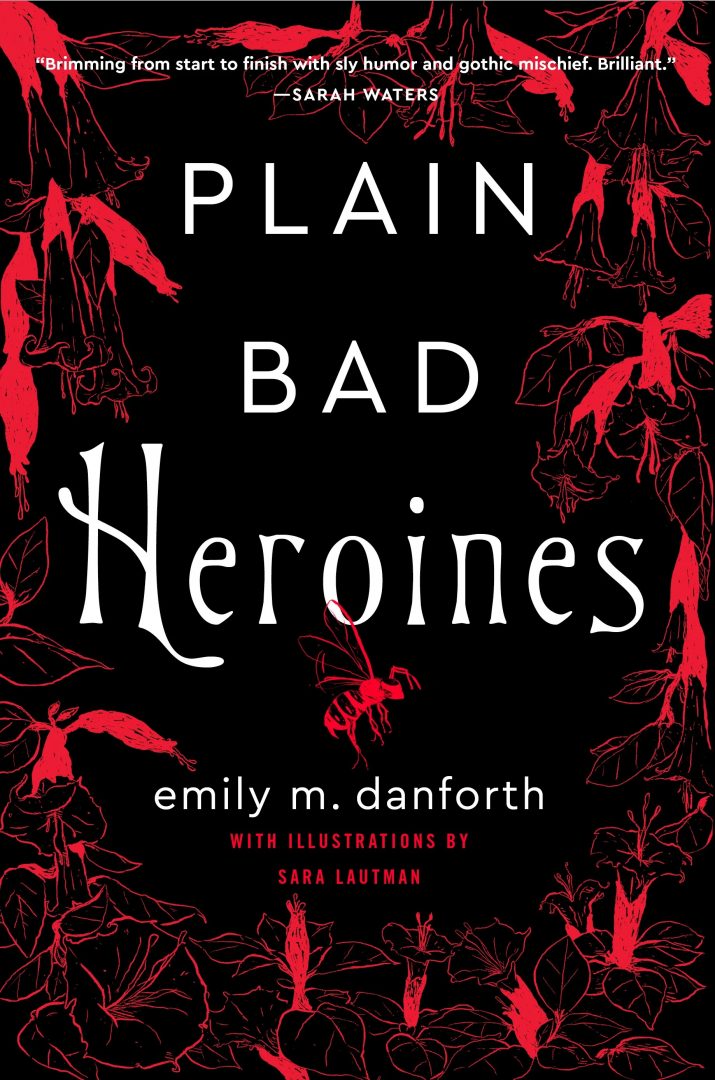 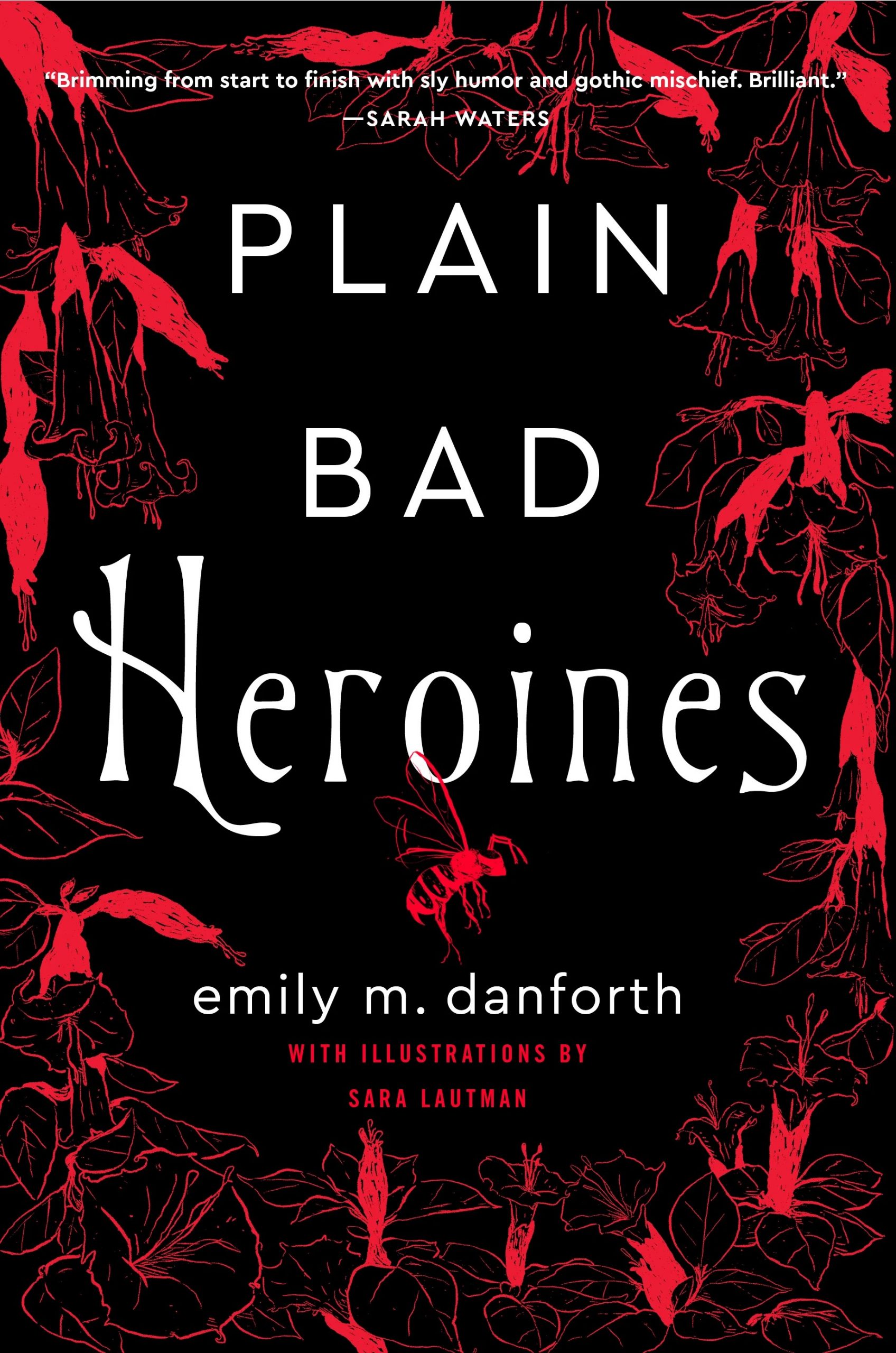 “I wish some one would write a book about a plain, bad heroine so that I might feel in real sympathy with her.” –Mary MacLane, I Await the Devil’s Coming

Emily M. Danforth’s Plain Bad Heroines opens with a scene that will haunt the rest of the novel: two young lovers–students at the Brookhants School for Girls in Rhode Island–die in a horrific wasp attack at the dawn of the twentieth century. From this dramatic opening, the novel traces the repercussions of this tragedy for those who knew these women, and for a group of people who, over a hundred years later, try to recreate the event in the form of a horror movie. Ambitious and far-reaching in scope, Plain Bad Heroines is at once a gothic horror story and a metanarrative about the ethics of representation and the human cost of making art.

In her first novel for adults, Danforth (The Miseducation of Cameron Post) takes her premise and explores its consequences in truly surprising ways. The book alternates between two primary timelines. In early-twentieth century Rhode Island, Libbie, the Brookhants headmistress, and her partner, Alex, find themselves haunted by the girls’ deaths, and also by the moral compromises they’ve made in order to live the lives they desire within the constraints of their era. As the story unfolds, the reader learns about the Faustian bargains each one has struck to achieve their own desires; over time, it becomes clear that both Alex and Libbie are caught in a conspiracy far larger than either of them could ever have imagined.

In the present-day timeline, the novel alternates between three protagonists: Merritt Emmons, author of The Happenings at Brookhants, a queer, feminist exploration of those events; Harper Harper, “celesbian” actress and influencer; and Audrey Wells, a B-list star who lives in the shadow of her mother, a B-list Scream Queen in her own right. Merritt, Harper, and Audrey’s worlds collide around the making of the film–a film which, in a nod to famous horror movies such as The Blair Witch Project–is not at all what it seems.

Both timelines explore queer, femme entanglements and relationships. One of the main throughlines of Plain Bad Heroines is the recovery of queer history. Clara and Flo’s ill-fated love is made possible by a real book, the diary of Mary MacLane. At the age of 19, Mary MacLane published her diary, I Await the Devil’s Coming (her publishers changed the title to The Story of Mary MacLane), in which she discussed her affairs with other women and professed her desire to marry the Devil. This diary becomes an important symbol for all of the women in this book: through it, they find themselves and articulations of their own desires, with several dubbing themselves “plain bad heroines,” a phrase taken from MacLane. Throughout the book, the heroines find themselves comparing themselves to the ideals set forth by MacLane, and measuring themselves against the freedom MacLane allowed them to envision.

Plain Bad Heroines is both a gothic novel and an homage to many subgenres and tropes of the modern-day horror film: found footage, scream queens, and “cursed” productions are all interwoven throughout the twenty-first century storylines. Yet these sections are more than a love letter to the genre: they raise questions about ethical practices within filmmaking. At times, the director of The Happenings at Brookhants acts in a way that might remind readers of Stanley Kubrick’s famous mistreatment of actress Shelley Duvall during the filming of The Shining. And like Kubrick, Danforth’s director solicits cast and crew members’ participation in his machinations. But rather than focusing on the director himself and perpetuating the idea that it’s all worth it for his art, Danforth shows, particularly through the character of Audrey, how these actions quickly lead to exploitation. Ultimately, the movie-within-the-book becomes a kind of proving ground for the book’s heroines, asking what they’ll do for fame, and what they’re prepared to give up by refusing their participation.

Engrossing and absorbing, Plain Bad Heroines is a dark, funny story guided by a strong narrative voice and complex heroines.

'Thalassa: One Week in a Provincetown Dune Shack' by Allen Young
'The Alcoholic' by Jonathan Ames
‘The Cosmopolitans’ by Sarah Schulman