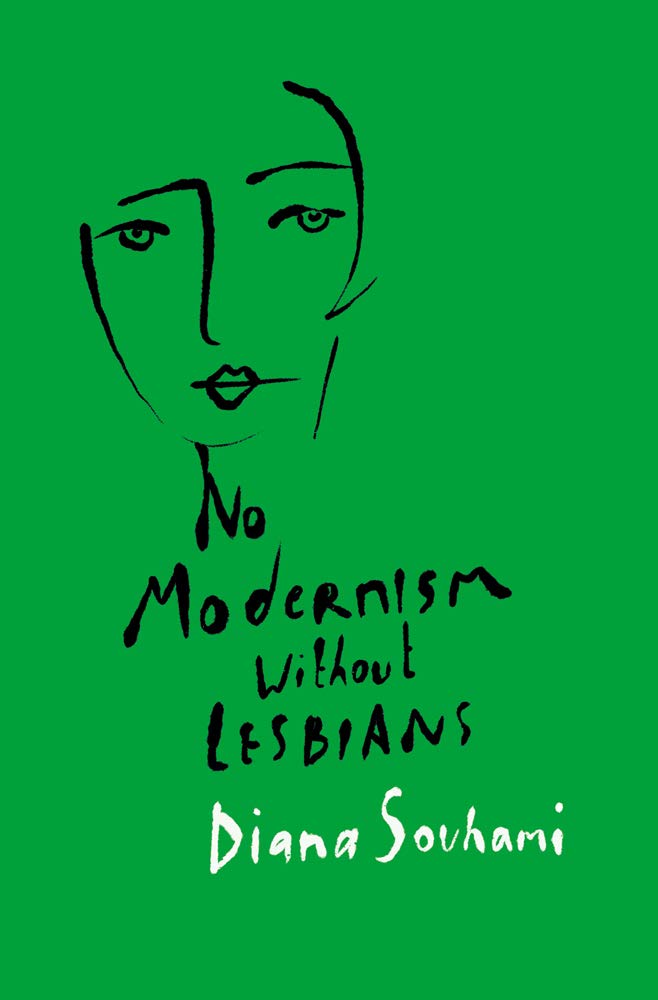 Diana Souhami’s deliberately provocative title points to the nature of her project: to place lesbian life and work prominently in the cultural landscape of modernism. Literary modernism is favored in the analysis, though the lesbians Souhami discusses also participated to varying degrees in modernist painting, music, theater, and architecture. The writer expands her definition of modernism to embrace a nonconformist lifestyle, particularly in the case of Natalie Clifford Barney. Besides railway heiress Barney, the writer also considers shipping scion Bryher, the chosen name of Annie Winifred Ellerman. Sylvia Beach, owner of the legendary bookstore Shakespeare and Company and the only member of the group who was not independently wealthy, is also considered along with experimental writer and art collector Gertrude Stein. As the reader may probably surmise, the setting is Paris where each figure lived and worked for most of her life. Three women were U.S. expatriates; Bryher was originally from the U.K. After a short introduction, the book is divided into four sections, each devoted to the life and loves of these chosen figures.

Perhaps of greatest interest to contemporary readers are the sections concerning Sylvia Beach and Bryher, two women occupying back seats in the popular annals of modernism and lesbian lore. Beach’s bookstore became the center of the literary avant-garde from 1919 until it was forced to close by the Nazis in 1941. She spent years with other lesbians like Margaret Anderson and Harriet Weaver fighting the censors to publish James Joyce’s modernist classic Ulysses. What is perhaps less known to contemporary readers is that she enjoyed a lifelong lesbian relationship with a fellow bookstore owner Adrienne Monnier whose French shop was across the street. Despite Monnier’s decision to open the relationship while Beach was visiting the U.S., the two remained lifelong allies and, in fact, Monnier was instrumental in securing Beach’s release on health grounds from a Nazi jail in 1943. Bryher is another modernist who may have escaped popular recognition, except, perhaps, as the companion and benefactor of Hilda Doolittle, a modernist poet and U.S. expatriate who went by the initials “H. D.”. Though forced to undertake two of what Souhami calls “lavender marriages,” to gay men, one to secure her inheritance and one to adopt H.D.’s child, Bryher offered undying loyalty and love to the poet despite its lack of reciprocation. Though unable to openly declare it, she may be described in contemporary parlance as transgender. Bryher devoted much of her inherited largesse to small presses and the aesthetic undertakings of her friends and other struggling artists. She also participated personally in many of these projects, for example, the founding with H.D. and her second husband of Close Up, “the first journal in English devoted exclusively to film and that treated film as an art form.” One expression of Bryher’s interest in film was her production company’s 1930 presentation of Borderline, starring Civil Rights activist Paul Robeson, and focusing on race, class, sexuality, and gender. The following year, Bryher moved into a Bauhaus villa, a structure she and her husband had built in support of the architectural Modernist movement that sought to unify art and life.

Besides the four central characters, Souhami includes richly detailed vignettes of other lesbians who may function tangentially in the major narrative but contribute to the writer’s premise that lesbians were everywhere promoting modernist causes. One such figure is Barney’s partner Romaine Brooks’s early lover Winnaretta Singer, the twentieth child of the sewing machine inventor who fathered twenty-four children in total and whose mother was purported to be the model for the Statue of Liberty. Singer, reputed to be as sexually active as Natalie Clifford Barney, was the hostess of legendary salons showcasing the work of modernist musicians and composers including Igor Stravinsky and Eric Satie. As Souhami informs us of Singer, “she was as influential to new music as were Sylvia Beach and Bryher to new writing and Gertrude Stein to new painting.” Singer and others are presented in frequent short subchapters that quicken the pace and combine with Souhami’s easy style to produce much informative and felicitous entertainment.

An unaccountable omission occurs, unfortunately, in Souhami’s treatment of the last years in the life of Natalie Clifford Barney. One reversal came with her eviction from the site of her salon on Rue Jacob where she had lived for sixty years. Though wealthy and well connected she was still a renter and at ninety-three was forced to leave her storied and treasured locale in late 1969 or early 1970. More devastating was Barney’s late-life estrangement from artist Romaine Brooks, who had been her lover and partner for decades. In the introduction, Souhami misleadingly states, “Natalie’s relationship with Romaine lasted fifty-four years, until Romaine’s death in 1970.” In the last year of her life, however, Brooks turned away from Barney entirely and, despite Barney’s plaintive letters and housekeeper Berthe’s attempted intervention, sank deep into an isolation that deliberately excluded Barney. Rather than including this poignant heartbreaking material, Souhami creates a fiction of lasting love. At the end of the Barney section, after quoting a 1964 love letter from Barney to Brooks, Souhami declares that a photo of Brooks was buried with Barney. Key particulars are overlooked here.

This misstep raises troubling questions about narratives of this nature. If we are going to reclaim the lives and work of our lesbian predecessors we need to provide accurate information. Though the temptation to mythologize and romanticize is great, we do so at our peril. In a work of this length and scope minor errors and failings inevitably appear as well. British heiress and activist Nancy Cunard was a heterosexual friend, not one of Barney’s lovers, for example. A clear anti-Bloomsbury bias emerges, a number of sweeping assertions call for more circumspection, and the Gertrude Stein Reference List omits several notable titles.

Still, No Modernism Without Lesbians partially accomplishes its goal of providing an informative, diverting account aimed at returning certain Paris lesbians to their rightful places in lesbian and modernist study. Many contemporary readers may dismiss these women as “rich white girls” in the words of an activist contemporary of mine. And of course, that is to a large extent true. But in the context of their lives and of the times, their work has merit and deserves recognition on its own terms. Diana Souhami in this volume has made a significant contribution toward that effort.