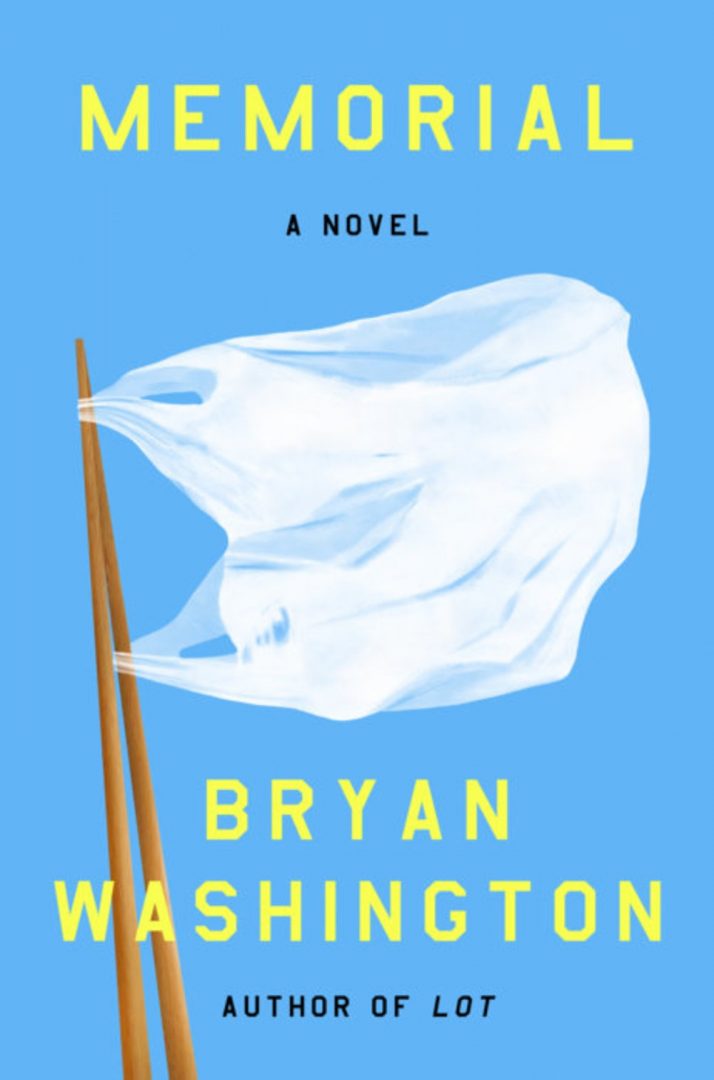 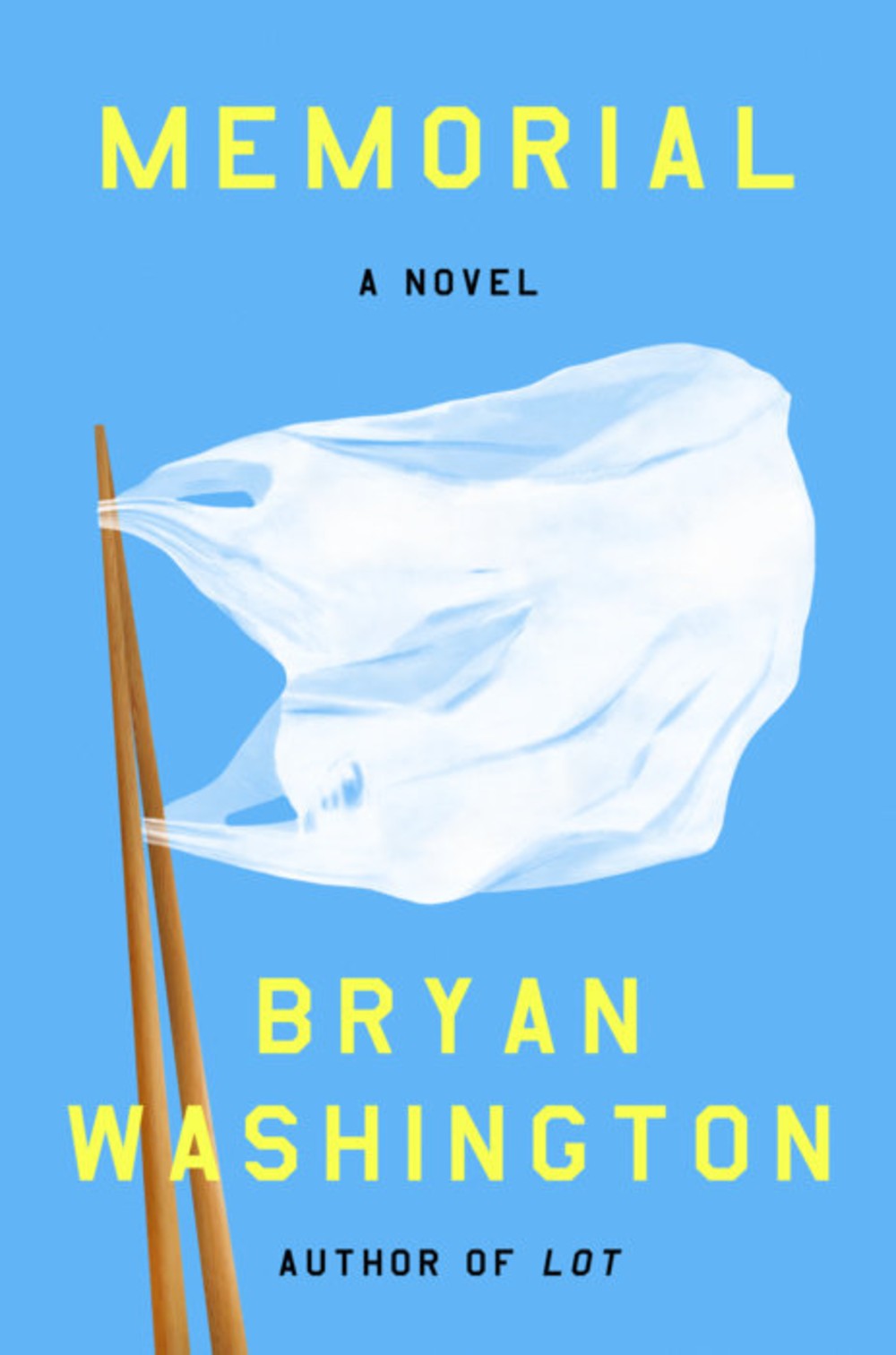 Memorial, Bryan Washington’s debut novel, is a powerfully subtle book about family and relationships. Benson, known as Ben, and Mike are boyfriends living in Houston and having serious trouble communicating, when Mike’s mother Mitsuko comes to stay with them for an indefinite period. How poorly do they communicate? Well, Mike only tells Ben about Mitsuko’s visit shortly before she arrives from Japan, and then tells his mother about his own trip to Japan to visit his estranged, dying father Eiju only after she gets to Houston. While Ben and Mitsuko slowly and awkwardly get to know each other, Mike does the same with the father he has not seen in years, who he believes abandoned the family long ago.

Like Washington’s first book, the Lambda Literary award-winning story collection Lot, this novel is an unfettered look at the intersections of race, class and connection, romantic and otherwise. Ben is Black and Mike is Japanese, and the young couple’s relationship is not only troubled by cross-cultural miscommunications, but also the standard problems wrought by twenty-something ennui. The novel is filled with wonderfully frank gay sex, mostly between Ben and Mike, but also between Ben and Omar, the older brother of one of Ben’s kids at the child-care facility where he works. Sex seems to be the only way Ben and Mike can communicate after four years together. It is angry and passionate, a way of making up for their frequent arguments; the night Mitsuko arrives they are so loud in bed she remarks the next morning they are “like dogs.”

Told in three sections, the first and last narrated by Ben, with Mike narrating the middle segment, the novel follows them as the couple work out their complicated, shifting feelings for both each other and their families. Filled with realistically drawn awkward interactions, the characters  rarely articulate how they feel; they often don’t know how they feel.

Ben and Mike’s relationship is certainly complex. Mike has tried to have the “monogamous talk” several times and get a sense of where they are, even raising the possibility of an open relationship, but Ben always shuts down the conversation. Towards the novel’s end, Ben remembers the handful of times Mike has told him “I love you.” Ben lets Mike share how he is feeling through their texts while Mike is in Japan, but even after he returns, they have trouble saying where they stand, especially where Omar fits in. Ben and Mike clearly love each other, but it is a messy love and not always well-defined.

At least part of their trouble seems to stem from their equally tough upbringings. Mitsuko’s family disowned her after she married Eiju, and they moved from Japan to Houston, Mike’s father scraping by as a cook while Mitsuko slowly climbed the ladder at a jewelry store. Mike remembers the few times Eiju was playful and affectionate towards him but hangs on to the memories of his father disappearing for days at a time, drinking heavily, and at least once hitting his mother. Ben’s parents divorced when he was young, his father later losing his job as a TV meteorologist over his alcoholism. Like Mike, Ben also begins to reconnect with his father, visiting him and keeping him company, even though his father tries to push him away.

Mitsuko is one of the novel’s most intriguing characters. She cries when first entering Ben and Mike’s apartment, but soon enough shows her strength in sharp, biting responses. Their first morning alone together, Ben asks her if she took her prescribed pills, explaining that “Mike just mentioned them,” to which she replies “Incredible.… That’s what he tells you.” After he apologizes, she says “And now you’re apologizing.” She stares down the older Black neighbors who quizzically look at her when she leaves in the morning. The night before leaving Houston, she shares a story of her courtship with Eiju and reveals a long-held secret.

Throughout the book, race and class frictions present themselves in fascinating ways. When Mitsuko arrives, Ben at first wants to ask Mike if “she even speaks English”, then holds his tongue, then asks anyway. Throughout the novel, Ben reflects on his own relationship to colorism and class. He remembers that because his “father and Lydia are the darkest” in the family, whenever they ate out as kids, he and his sister “always sat on the same end of the table”, to avoid “the risk of waiters splitting the check.” During their arguments, Mike calls out Ben on his comfortable, middle-class background, which feels like wealth to Mike. Ben and Mike live in the Third Ward, “a historically black part of Houston” now “with pockets of rich kids playing at poverty.” “The black folks who’ve lived here for decades let them… happy for the scientific fact that white kids keep the cops away.”

With an easy flowing style and well developed, complex characters, Memorial is the work of a confident experienced author. It raises thought-provoking questions about race, class, and family, while providing no simple answers. Capturing the messy complexities of life, Memorial makes for a compelling read.

Charles Green is a writer and editor based in Annapolis, Maryland. His articles and reviews have appeared in many publications. Two of his magazine articles won Honorable Mention in the 78th annual Writers Digest Writing Competition.