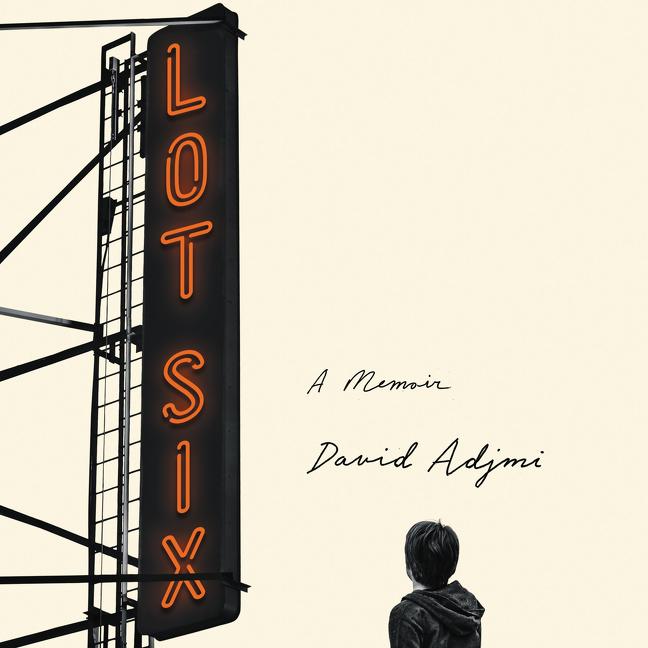 Lot Six is an Exploration of What it Means to Create

Lot Six is an Exploration of What it Means to Create

“In some way, exile was my native state,” David Adjmi writes early in Lot Six, explaining somewhat playfully that “Adjmi” comes from the Arabic ajam—outsider. The award-winning playwright’s new memoir is a sprawling journey into the tapestry of the self and an exploration of what it means to create—identity, meaning, art.

The Syrian-Jewish subculture of 1970s Brooklyn is the backdrop against which Adjmi’s upbringing is set. This community’s rigorous distinction between “insiders” and “outsiders” becomes a metric the young David—who exists on the agonizing outside edge of the margin—adopts for viewing his world. David spends his childhood looking for “external cues for who to be,” but finds these cues shifting constantly, leaving him isolated, depressed, and feeling that something is just out of reach. He has a complicated, often painful love for his mother, who is impatient and repressed but takes David to see Broadway plays that show him that “culture” creates worlds he can enter and exist inside. His once-successful father, embittered by nostalgia for his past wealth, straitjackets David in restrictive prefab ideas of how to live one’s life.

David forges his first real friendship with Howie, who is ungainly but charismatic and, most importantly, unjudgmental of David. He discovers a closeness so intense that he feels he has found a “supplemental self,” developing a devotion to Howie and with it a kind of confidence-by-proxy. For the first time, he feels seen by another person, rather than looking on as a bystander; again, he can exist as a part of something, inside of it. Transferring from his Brooklyn yeshiva to a private school in Manhattan, he begins exploring his identity in aesthetic terms—images clipped from Rolling Stone hang on his wall like “symbols of an unimpeachable beauty I wanted to extract.” He identifies with Blanche DuBois in the same way he felt an earlier kinship with Sweeney Todd on Broadway. David begins to understand living as a kind of “honed falseness,” that the inner self exists only “to be grafted and reshaped”—creating a self as an act of fiction-making. He sees adolescence as an endless series of character studies for adulthood, and the past (and past selves) as something that must be actively erased. In college, David moves fluidly among cliques, trying selves on for size: his cultural and aesthetic education feeds the flames of the moral questions he’s grappled with since childhood. Devouring Nietzsche, he feels violated and cleansed; in studying philosophy, he is researching “characters [I] would eventually play in life.” Interestingly, Adjmi writes relatively little about his sexuality (a single sentence is dedicated to his coming out to his parents). Being gay is simply one ingredient in the recipe of “self”—a recipe constantly being tweaked for flavor.

The book’s final section charts Adjmi’s development as a writer—first at the Iowa Writer’s Workshop, then at Juilliard, in a highly selective program whose severe director makes David’s life difficult to the point that he becomes creatively blocked and utterly demoralized. He is dismissed after his first year when it becomes clear that it’s not the right fit, but soon finds success when his play Stunning gets produced by Lincoln Center. In its critique of the Syrian-Jewish culture from which David emerged, it broadcasts its writer’s identity to that very community: “It made me visible to these people—people who’d known me all my life—for the first time.” After all his attempts to erase his history, to put on and take off selves like layers of clothing, David ultimately comes to understand that though it may seem to fade away, the past persists. The experiences that shaped his youth have now fueled his art—the white spaces left by erasure will always contain the faint gray lines of what has been rubbed away. This sense of circularity—Nietzsche’s “eternal return,” perhaps—is the axis on which Lot Six spins.

Adjmi writes about his life with an agile humor that can be at once laugh-out-loud funny and laced with pathos. He deftly brings to life sounds, colors, and outfits through vivid, sometimes ecstatic descriptions; he has an eye for the nuance in facial expressions and a talent for shaping images that pack a punch (“She’d subject my father to nonstop querulous litanies like a pianist practicing scales”). He describes interiority with precision and grace. And it is rare in a mid-career memoir for an ending to feel as transcendent, as steeped in understanding of some greater truth, as this. Lot Six is symphonic in its scope, but in reaching out to the reader with such intimacy page after page, Adjmi reminds us of the ways art can shape our lives by providing a sense of belonging and allowing us to see our own stories more clearly.