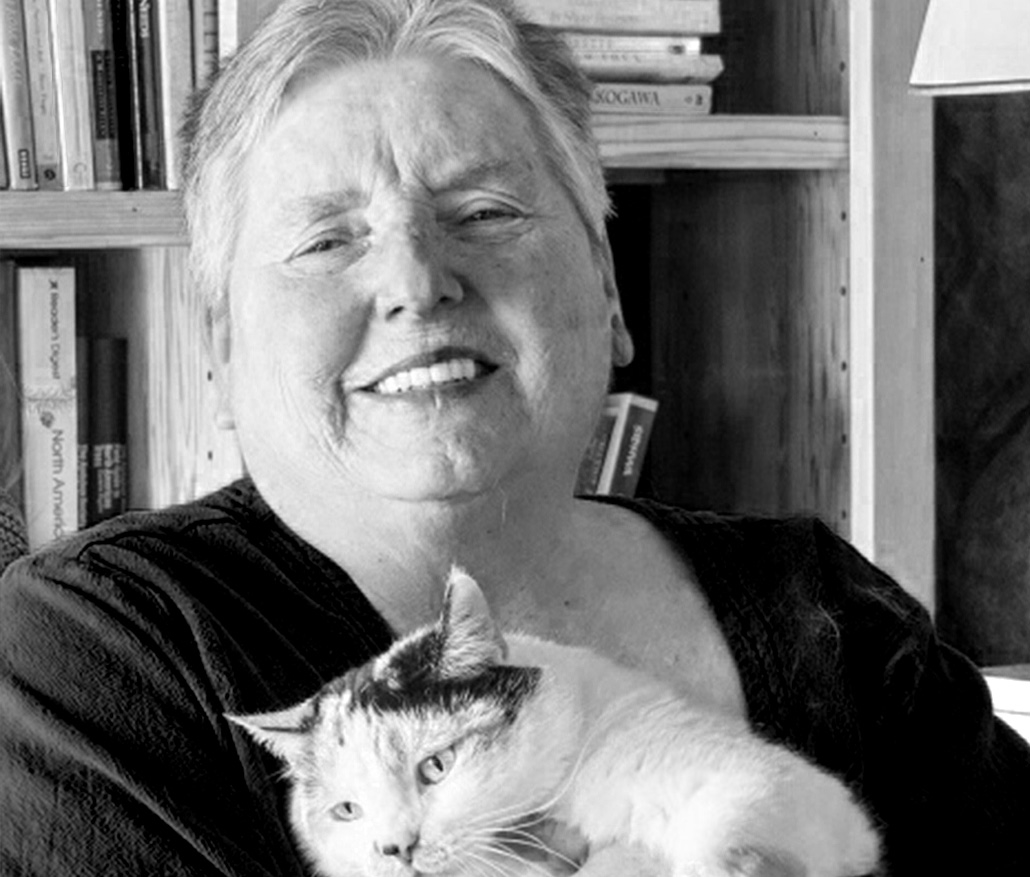 Joan Drury, who died at age 75 on November 9 in Grand Marais, Minnesota, was a mover and shaker in the movement to get the work of feminist and lesbian writers into the hands, minds, and lives of those who desperately wanted to read them. She ran a press, created a fund for lesbian writers, started a retreat center for women writers, opened a bookstore, and wrote books of her own. She also changed my life.

I was at work in a temporary trailer in a Massachusetts university parking lot when I got the call from Joan telling me that her press Spinsters Ink wanted to publish my first novel. I had been trying to get that book published so long that I had finished a second one while piling up rejections from big publishers, small lesbian presses, and everything in between. Now here was Joan saying yes. “I know what comes next,” she told me. “You hang up with me and call everyone you know to celebrate.”

Joan knew because she was an author, too. She wrote the Tyler Jones mystery series with a lesbian feminist detective. My first novel was called Fat Girl Dances With Rocks. Lesbian content combined with explicit experiences of fatness were a big part of what made the coming-of-age story so hard to sell. Joan had lived experience with both of those aspects of the book. She didn’t love the title, but she let me keep it. She didn’t like having characters in a novel depicted on a cover because she felt that interfered with the reader’s freedom to imagine the characters. For this book, though, Spinsters not only commissioned a joyful painting of a nude woman dancing with rocks in her hands, Joan sent it back to the artist for revisions when the figure in the first version wasn’t fat enough. She didn’t make me ask for it; she just did it. Joan was charismatic, strong-willed, and deeply committed to fighting to give the books the best possible chance in a not-always-welcoming world.

I knew I how lucky I was. Fat Girl Dances With Rocks was published in 1994. Martha Moody came out the following year.

Sitting in the Spinsters booth with Joan in the feminist/gay/lesbian publishers’ aisle of the gigantic book convention in Chicago was to be introduced to overlapping worlds of independent publishing; feminist and lesbian organizing; and regional pride. We didn’t go to the Lambda Literary awards ceremony that year because none of Spinsters’ books were finalists (sob!), but we did go to the Benjamin Franklin Awards, where some were. We didn’t win, but we cheered so hard for everyone Joan knew and everyone from Minnesota that strangers congratulated us as we left. Joan loved her home state.

I didn’t have many of those kinds of adventures with Joan, myself, but as I travelled with the books through national and international networks of feminist, lesbian, and queer bookstores that were the life-blood of this kind of publishing, I was moving, writing, reading, and published in worlds Joan helped to create. I saw it again when I was on a judging panel for the Astraea Foundation’s Lesbian Writers’ Fund that Joan provided seed money to create.

Charis Books & More, a feminist bookstore in Atlanta, put up a fantastic photo on social media this week. It’s from a Women-in-Print workshop on the occasion of the bookstore’s twenty-fifth birthday in 1999. It is an amazing group of publishers, writers, and bookstore owners (many are all three) who did so much to give life to books who changed our cultures.

In 2004, I was one of sixty women–in honor of Joan’s sixtieth birthday that year — who were invited to come write during the final season at Norcroft, the women writers retreat she had founded in Lutsen, Minnesota, on the North Shore of Lake Superior. It was great to get to see her, to meet the other writers there, and to immerse myself in work on a novel. I wrote in a shed named for Adrienne Rich, with her books on the shelf to keep me company. The shed had a broad pine desk built into the wall and a window facing the woods. There was a wastebasket, small wicker table, a thermos, a chair with a soft blanket, floor lamp, desk light, dictionary, thesaurus, screen door. Sound of the leaves, sound of the water. I got a lot done. Joan gave so many women things we needed to write. “You almost missed it,” she said to me. But she made sure I didn’t.

That was the last time I saw her. I never went to Drury Lane Books, which she founded in Grand Marais, Minnesota in 2002.  It’s still open today.  The website has a beautiful account of Joan’s life, which notes that it was written by Joan herself, with editing by her daughter Kelly.

I clicked “Browse Books” and decided to check out Joan’s Picks of 2019.  There is a picture of Joan, short-haired and radiant in a pink shirt, holding a cat. The first line is: “I love reading more than anything else.” It showed.