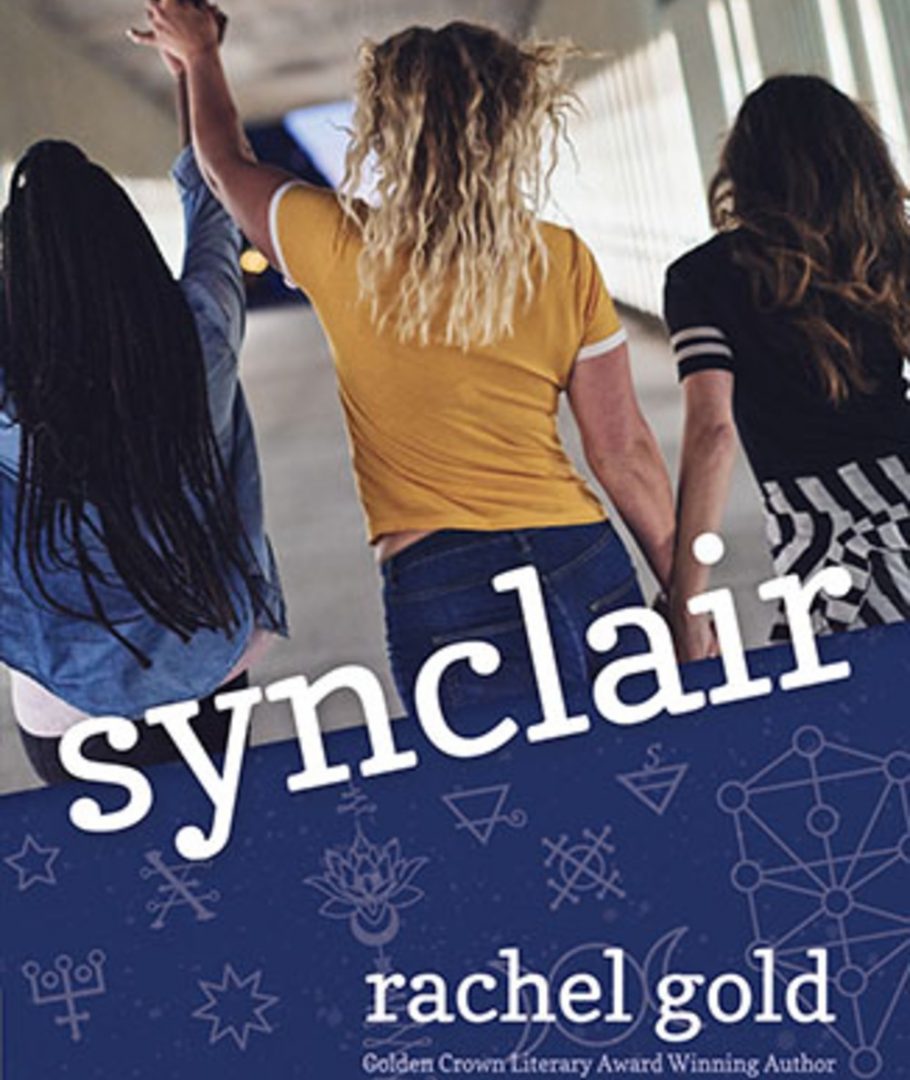 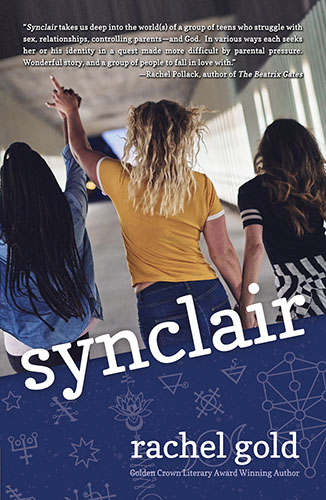 Rachel Gold’s forthcoming novel Synclair (Bella Books, November 2020) targets young adults in its depiction of one extraordinary summer in the lives of a group of seventeen-year-olds, in a story filled with diverse and humanely-drawn LGBTQ characters. As the editor of the book, during the review process I wondered what my life would have been like had I found this novel when I was seventeen. I kept telling myself: Just imagine.

In my day it would have been fantasy science fiction on virtually every level. In my 2005 anthology, Lesbian Pulp Fiction: The Sexually Intrepid World of Lesbian Paperback Novels 1950-1965, my introduction began with this personal history:

A lesbian pulp fiction paperback first appeared before my disbelieving eyes in Detroit, Michigan in 1957…. Overwhelming need led me to walk a gauntlet of fear up to the cash register.  Fear so intense that I remember nothing more, only that I stumbled out of the store in possession of what I knew I must have, a book as necessary to me as air…. The book was Odd Girl Out by Ann Bannon. I found it when I was eighteen years old. It opened the door to my soul and told me who I was. It led me to other books that told me who some of us were, and how some of us lived…. Finding this book back then, and what it meant to me, is my touchstone to our literature, to its value and meaning. Yet no matter how many times I try to write or talk about that day in Detroit, I cannot convey the power of what it was like. You had to be there.  I write my books out of the profound wish that no one will ever have to be there again.

No book set on the planet I knew back then could have so candidly portrayed my peers as normalized in all their teenage homosexual angst, relational confusion and anxiety; in their authentic, laugh out loud snarky idiomatic dialogue. No novel of contemporary fiction would have offered a cast of teen LGBTQ characters reveling in racial and sexual diversity and so casually inclusive of physical disability.

For very good reason, spirituality is a rare theme in any of our LGBTQ books. Extending from the dark days of yesteryear into our community of today, our fiction seldom positively addresses the world of religious belief where a great many of us continue to be condemned, persecuted, or, at best, tolerated. This novel upends the entire concept and approach to spirituality in the person of central queer character Synclair. She’s chosen to explore this aspect of herself by taking full advantage of the absence of her atheist parents for the summer, especially a mother who is withering in her ridicule of any notion of religious faith, and from whom Synclair has had to conceal her yearning toward some version of the divine, an inchoate inner need. But she still must contend with ferocious animosity from best friend Kinz, whose life and spirit have been bent to breaking under the brutal fanaticism of her preacher father. In a gathering of six friends and Synclair’s brother during renovations to the family home, Synclair finds her blundering explorations of spirituality unexpectedly nurtured by the open hearted and inventive guidance of Kinz’s girlfriend, Camden, and childhood friend Avery, who has come back into Synclair’s life.

Aside from this major theme, another of the rewarding, even glorious aspects of a story fraught with the usual teenage sexual anxieties are assumptions that my generation never dreamed of. Gender fluidity is a norm, as is a sexual openness shaken free from roles and cultural constraints. Synclair is a novel of expectations and possibility and self-actualization extending to every one of its young characters. Author Rachel Gold brings all this together and meets the central demand of fiction by telling us a good story, alive with conflicts and romantic cross-currents amid a vividly presented cast of characters, even including a quasi-mystery in the discovery of skeletal remains.

Young adult books like Synclair are invaluable to our youngest generation during these times of renewed, flourishing tribalism and rancid homophobia. They are also gifts to us elders: they are missives from the front lines of LGBTQ youth today. What is it that our decades long struggle for basic civil rights has wrought? Read this novel, and look for the expanding array of exciting new LGBTQ YA reads that center on independence, individualism and self-actualization and revel in what has been accomplished. Discover for yourself the assumptions and expectations of the generation that now stands on our shoulders. Read this book and rejoice in our boundary-pushing kids of today—and be proud of all that we did to help make this happen.

Read this book and, like me, just imagine if you had found it at age seventeen. Just…imagine.