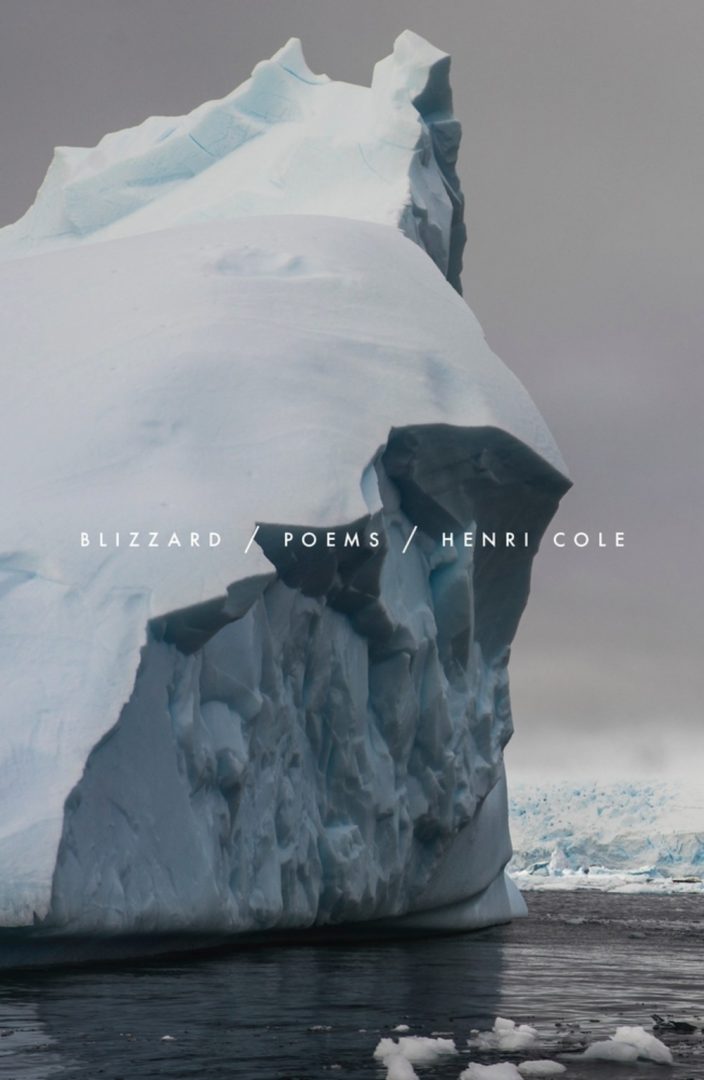 Blizzard Delivers a Collection Full of Memory, Feeling, and Sensation

Blizzard Delivers a Collection Full of Memory, Feeling, and Sensation 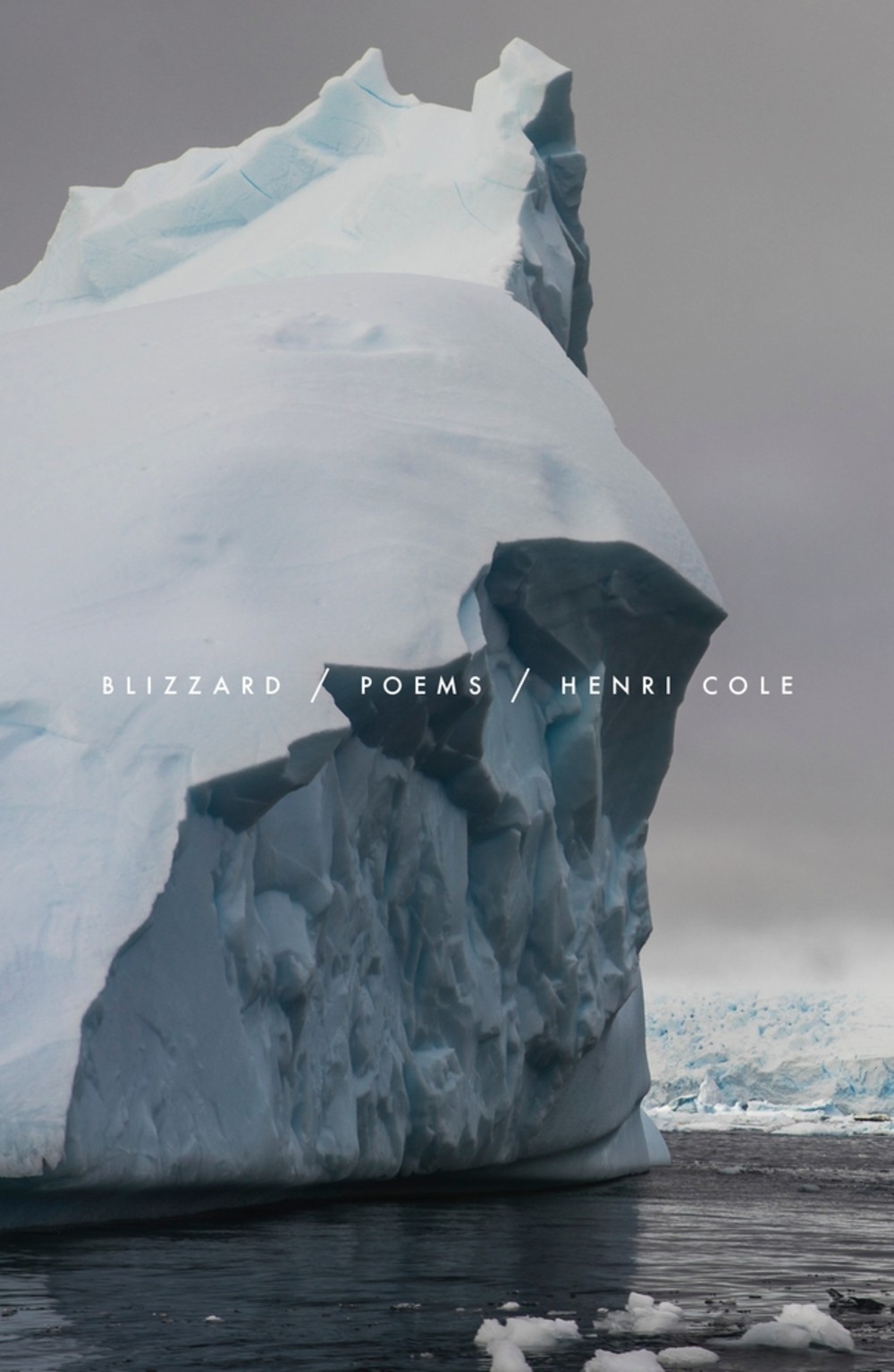 A blizzard. A thrust of ice carved into pieces, condensed, and hurled into the wind. Each fragment of snow in itself is powerless, but in the power of a storm, a meek wetness becomes a powerful chill. While Henri Cole’s poetry collection is titled in reference to one of its poems and not in regards to the natural disaster in question, one cannot help but keep in mind the powers of a blizzard while reading his work. On their own, the poems act as imaginaries of the everyday items or encounters of a first person narration, as if Henri Cole in fact walked outside his house, looked at the fruits and vegetables in his garden, and began opining on them. However, taken together in one reading, the subtle smells, tastes and colours of the poems swirl into effect, creating a palimpsest of memory, feeling, and sensation.

We can start with the impactful poem “Black Mushrooms,”

The entire fungus world is wild and unnatural.
In cottony growths on the forest floor, a few spores alight,
and, if moisture and food are available, swell and grow
into protuberances, with elongating stems and raised
caps, gills, and veils. It is not always possible to identify them—
white, black, or tan; torn, bruised, or crushed—
some with squat fruit-bodies, others lacelike.

Cole has made no attempt at visible rhyme, and yet the poetry jives off the tongue as if it were prepared for a song. I’ve never met Cole, nor had an interaction with him, and yet when I read this  poetry, I can hear the words so firmly off of his voice, as if they are crooned just for me. Not to mention how visible the mushrooms are…. It’s as if I can smell the black mushrooms being directly unearthed from the soil, and I see them, in all of their squiggling shapes and bustling bodies. The poem ultimately says nothing. It’s really just a love ode to mushrooms from a first person narrator. And yet despite the simplicity innate from the premise, I feel as if every sense of my body is in awakening.

Cole’s ability to evoke images to life is also put to the test in the poem, “Paris is my Seroquel.” “Much like “Black Mushrooms,” “Paris is my Seroquel” is an honorarium to the beauty of Paris in a lyrical form. Unlike most Paris homages, Cole does not make reference to the unrivaled architecture around Montmartre or the melanges of migrant spaces around Bastille. Cole links Paris to what he sees as its detractions. The line  “Long may I savor your organ meats and stinky cheeses,” innately drudges up what might be for some their least favorite parts of French cuisine, which then is punctuated by some innate differences in culture, as the narrator bleats of having to stomach “pompous manners,” or “smiling politely / at so many dull faces passing me by.” French people are different in customs compared to Americans, and normally I would be turned off at this assumption that people who don’t smile are innately uninteresting. What makes it work is the tenderness of Cole’s sing-song voice. It makes it so that one feels that Cole is not really complaining. In the same way Cole wants to evoke something disgusting as something he savors, he is eulogising a quality that he normally does not like. To be in love with any city is to appreciate for its drawbacks as much as its virtues. Which is why at the end Cole vociferates, almost like a creature neither human nor animal,

I, striving to draw
nearer to you, and to your stones, without nervousness
or regret,
as all the beauty of the world
seems to touch my haunches and hooves

To be at odds with humanity, to want to be one step closer to the other species or creations of the earth, something of this also lingers on a little bit in each and every one of the poems. Sometimes this urge takes silhouette in the shadows of beings he can truly never be in conversation with, like in  “Dandelions (III).” The narrator confesses, “I tell my secrets to some dandelions hugging the lichen-like turf.”

While there’s something innately childish or silly of imagining someone whispering to the seeds of a dandelion, the alliteration of ‘lichen-like’ turf hangs to the language much akin to how lichen colonizes a tree, and the image of this aquamarine blue tugging against yellow dandelions make for a sketcher’s delight. In other poems, like “Lingonberry Jam,” sounds put humanity both further and closer away from that which they write to. The beginning, “What a wondrous thing to suddenly be alive/eating Natalie’s lingonberry jam from Alaska/where she picked the fruit herself with one seeing eye” innately draws jam as a product of human consumption, and ties to the work of one certain, who is also tied to a certain place. And yet something of eating the jam takes the narrator away from the moment. Perhaps it is the gooey sweetness that can only be made when a berry is mushed against sugar and frankensteined to an unnatural type of delight. Perhaps it is something about having a friend make something for one’s consumption, particularly one who is so far out. Regardless, the narrator has an out of body experience, “where, like a snowflake, /or a bee lost amid the posies, I feel /autonomous, blissed-out, and real.”

Writing professors often bark at us to write with the touch, taste, smell, sound, and sight in mind. I think that if there is a collection that proves it is possible to stimulate all of the senses in one poem, Blizzard delivers, time and time again. Like a light massage, almost every poem of the collection feels written to take a little bit of the stiffness out of one’s back, or to make the reader crave something that’s not really present in their cupboard. Cole has written something minute and sensitive, and yet every bit as thrilling as a more ambitious collection. Blizzard is the perfect small tome for anyone who wants to get back in touch with one’s perceptions, and to do so while feeling closer to the mosses and herbs of the earth.

‘When I Was Straight’ by Julie Marie Wade
'Gay Press, Gay Power: The Growth of LGBT Community Papers in America' edited by Tracy Baim
'Mere Mortals' by Erastes

Kiran Bhat is a global citizen formed in a suburb of Atlanta, Georgia, to parents from Southern Karnataka, in India. An avid world traveler, polyglot, and digital nomad, he has currently traveled to over 130 countries, lived in 18 different places, and speaks 12 languages. His list of homes is vast, but his heart and spirit always remains in Mumbai, somehow. He currently lives in Melbourne.