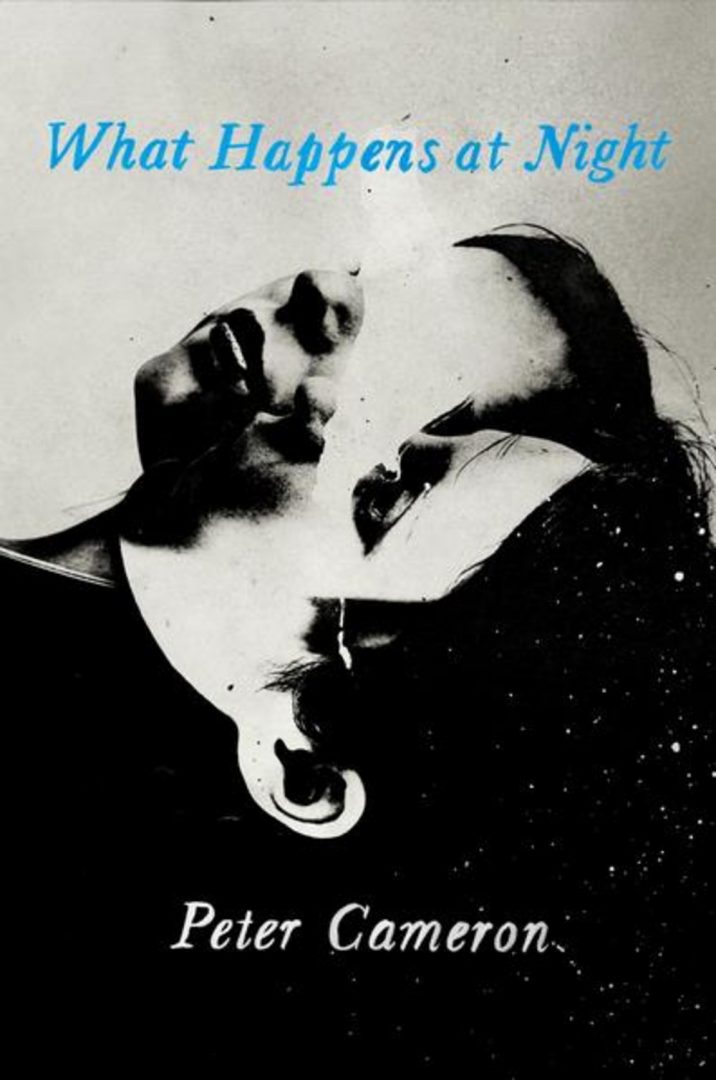 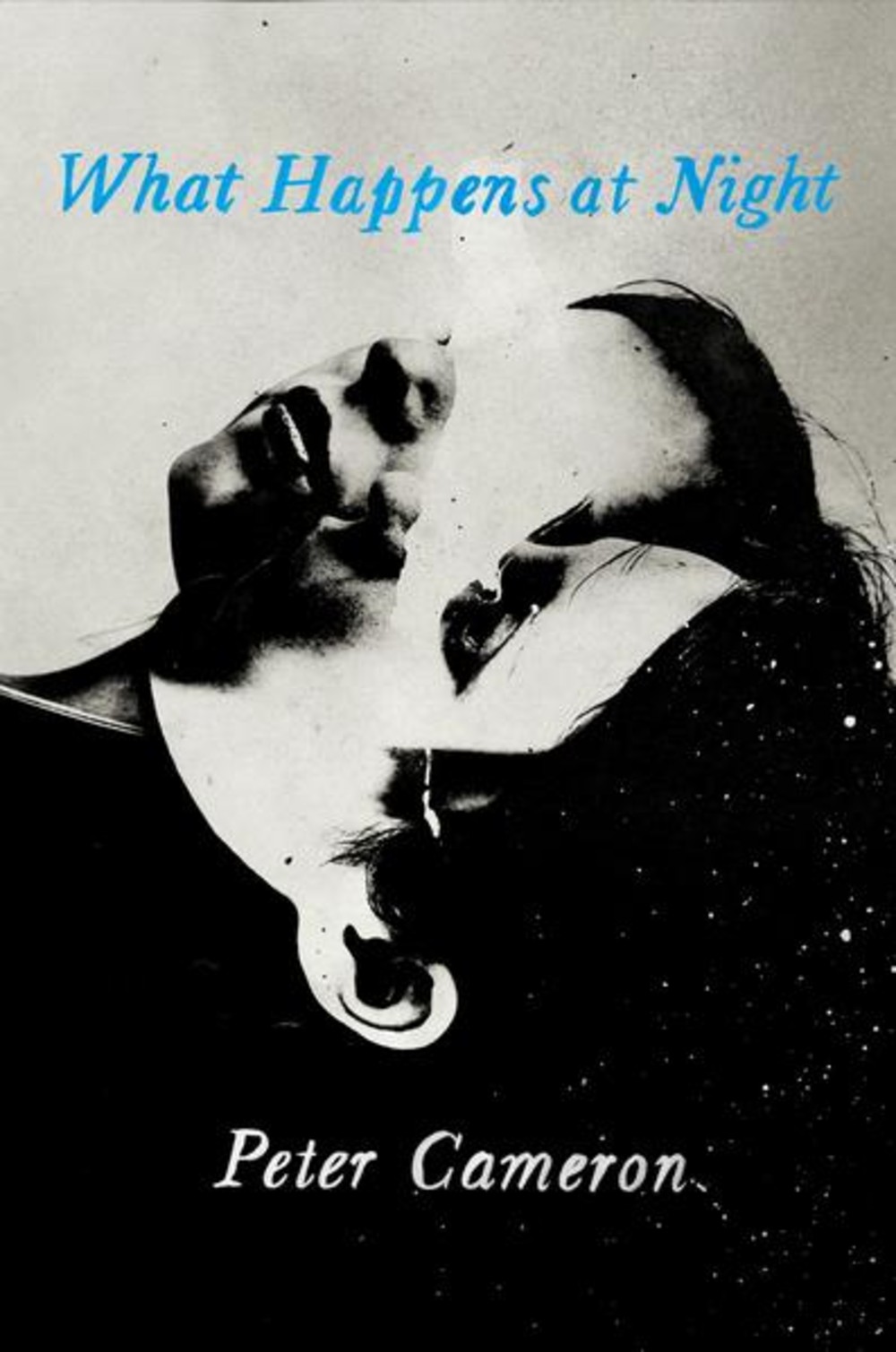 “[…] and he realized that she had finally turned against him, forsaken him as he had watched her forsake everyone else she had once loved, slowly but surely drifting toward a place where anger and impatience and scorn usurped love”

Peter Cameron’s What Happens at Night is an eloquent dream-like story of a suffering, nameless couple. The wife has stage four cancer, a condition that earlier necessitated a hysterectomy, and which now is killing her. The husband, as the quote above indicates, feels powerless to save both his wife and his marriage. They mutually decide to adopt a baby from a northern European country (context clues indicate Finland or Russia). The baby, a boy the man calls Simon, is to replace the wife as companion to the husband, and be a source of consolation and continued purpose for him and surrogate for the biological children the couple so desperately attempted to conceive. Of course the plan doesn’t play out smoothly, resulting in a series of odd encounters with hotel staff, a bizarre one night stand with a travelling businessman, and a pilgrimage of sorts to Brother Emmanuel, a local religious healer. The novel’s central question is whether this trip to adopt a baby, fraught with anxiety and confusion, will completely destroy what’s left of the couple’s relationship, or satisfy their hopes and bring longed for healing?

Throughout the novel, Cameron’s high literary style is on display, mostly successful and very satisfying. Indeed, there’s a sense that, from page one, the reader is in good hands, as when he delivers an original simile, “[….] like children pressing themselves up against a classroom window to get a better view of some gruesome accident in the street,” or the lovely alliteration of “[…] the slippery slopes of silk […]” Mixed in is the raw coarseness of profanity that shocks but adds pathos, as when the wife says, “Don’t you remember what I did for a child? All the injections, the pain, the relentless fucking. That’s what killed me, I think, trying to have a baby!”

Cameron’s humor is also delightful, mainly delivered through his wise-fool character, Livia Pinheiro-Rima, an older local woman who inserts herself into the couple’s lives, at one point tucking the wife into bed and feeding her soup, and at another impersonating the husband’s mother to rescue the adoption. She’s rather like one of Susan Harris’s Golden Girls, delivering one liners or confessional speeches, as when she says, “I have wanted to make love with just about everyone I met. I mean, not everyone of course, but with so very many. Men and women. In some way it seemed a crime to me to be alive, to be on this earth, and not make love to everyone. It wasn’t nymphomania. No. it was that I could see too clearly, too devastatingly, the thing, things, about people that were hurt and therefore loveable, the beautiful sacred space in them that needed touching. And once you’ve seen that in someone, it’s difficult not to love him. Or her. At least it was for me.” This speech contributes to the novel’s meditation on the importance of sex in human life. We have the idea that the couple’s sex life has been a burden, culminating in the wife’s hatred of her husband’s touch. We have the husband having sex with the travelling business man whom he doesn’t even find attractive, contrasted with the novel’s pivotal faith healer Brother Emmanuel who, perhaps, is celibate. And then there are the biological parents of little Simon and the other babies of St. Barnabas Orphanage, all who couldn’t or wouldn’t care for their children, the legacy of their sex lives. Perhaps the most poignant statement on the subject is the line, “…but we just want to get fucked and applauded, so we think that’s what matters, what counts, and in the end we realize it’s just the opposite.”

The novel is also satisfying in other subtly clever ways. When one investigates the meaning of several of the secondary characters’ names, one discovers they all have something to do with forests. Livia’s first last name, for example, Pinheiro, is perhaps a Jewish-Portuguese name meaning “from a pine tree forest,” and her first name goes back to the olive tree. The hotel bartender’s name, Larus, goes back to “place of laurel trees.” And the businessman’s last name, Bosma, means “from the forest.” At the opening of the novel, readers learn the wife is reading a copy of Walpole’s WWI novel, The Dark Forest (1916), which features a love triangle that vaguely resembles the triangle that develops between the wife, the husband, and Brother Emmanuel (the faith healer whose name means God with Us). Offenbach’s opera, The Tales of Hoffman, famous for the sublime duet “Belle Nuit, O Nuit D’Amour,” is also referenced several times. The opera chronicles, in three different ways, the failure of a poet’s relationship with women, resulting in Hoffman’s swearing off love for good. Perhaps this is Cameron’s not so subtle underscoring of the man’s disappointment and frustration with his marriage.

A less successful aspect of the novel is the forced pathos. As with Livia’s speech cited above, there’s a drama to the way the characters speak that doesn’t ring as authentic, as if Cameron is trying just a touch too hard for literary abstraction. This forced pathos is most glaring in the climatic conflicts between the couple at the novel’s end. Besides this, the subplots involving the businessman and Brother Emmanuel both are underdeveloped. This could be due to the surreal-like quality of Cameron’s plot, which is thankfully picaresque rather than exhaustive. And even this complaint is softened by the interesting touches of Gothic tension and mystery that are sure to please readers at the novel’s conclusion. Indeed, What Happens at Night is ultimately so thoroughly satisfying that readers are sure to finish it wanting more, perhaps leading them to read Cameron’s other eight novels and stories.

Each of Us a Desert Encourages Readers to Consider Their Own Stories
'Love Not Given Lightly: Profiles from the Edge of Sex' by Tina Horn
'The Last Nude' By Ellis Avery