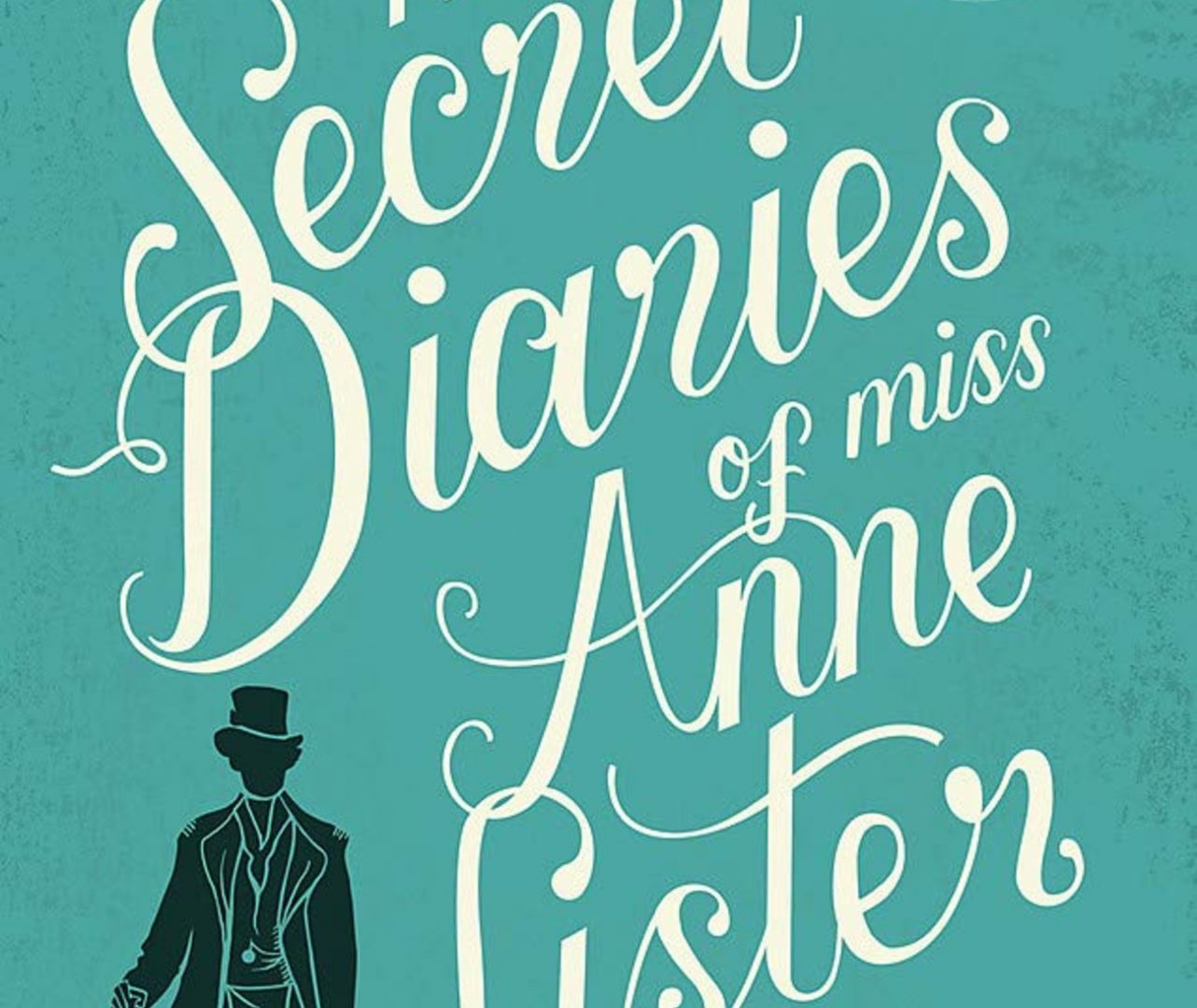 Queer Diaries Are Celebrations of a Secret History

Queer Diaries Are Celebrations of a Secret History 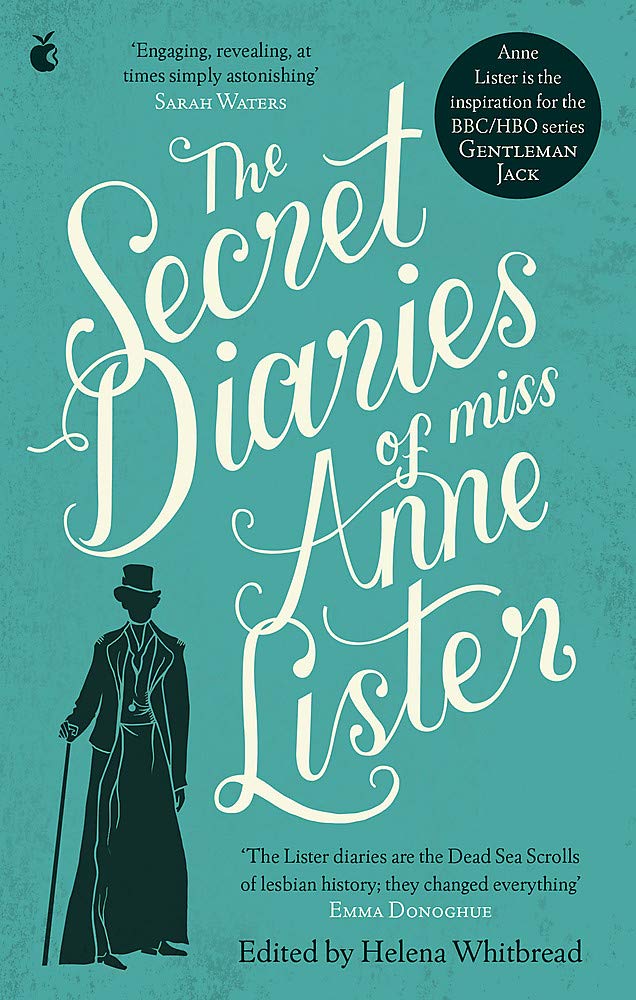 Blank pages are seductive. They are like the settings of dreams: colored by deep questions and desires. Diaries and journals present a nonjudgemental habitat for thoughts and feelings. They are beneficial for people of all ages. And they are mostly meant to be private.

The desire to read someone else’s diary is common. It’s a scene in so many coming of age movies: a mom, sibling, or significant other sneaks into the troubled kid’s room to uncover their secrets. This dynamic makes diary-keeping dangerous. For those of us with an excess of secrets, it can turn the diary into a second limb.

A diary is special because of the space it opens for questioning and experimentation. It is the written articulation of what you do when no one is watching. Many children turn to writing when they feel alienated, and for this reason the diary is often one of the first spaces for coming out.

I wanna look like what I am but don’t know what someone like me looks like. I mean, when people look at me I want them to think– there’s one of those people…that has their own interpretation of happiness. That’s what I am.

Sullivan’s diaries were published last year, nearly thirty years after his death. His particular experience of life as a gay trans man echoes through all he writes. He tenderly celebrated the ways he was different from those around him while still craving at times to be accepted as the gay man he was; he loved himself for being trans but he worried other gay men would misunderstand and reject him.

Sullivan’s feelings mingle and lay themselves out on the page for readers to experience and react to. The intricate emotions he felt in both illness and health illuminate the many sides of queer lived reality. Sullivan knew sharing his story would benefit other trans people; for this reason he intended for his diaries to be published before his death from AIDS-related complications in 1991, when he was just 40. Despite the sad reality of a diary ending because of untimely death, Sullivan’s memory lives on in the hearts of queer readers today and should be celebrated for lifetimes to come.

Many queer diarists, especially those of earlier generations, never dreamed that their diaries would be published.

Oh, women, women! I am always taken up with some girl or other. When shall I amend?

Anne Lister kept diaries in a code derived from Ancient Greek where she catalogued her life and many love affairs with women. She rarely went a day without writing about the places she had been, what she was learning in her studies, and what emotions were occupying her. The code Lister used emerged for protection and because she lacked a specific vocabulary for what she was experiencing. Lister was born in Halifax, West Yorkshire, England, before the term lesbian had even been coined, in 1790. She was wealthy and able to spend much of her leisure time traveling, studying, falling in love, and composing her diaries.

Lister’s expressions of happiness existed without judgement on the pages of her journals. She often reflected on her strong desire for intimacy with women, with lines like, “I cannot live happily without female company— without someone to interest me.” The many tensions she underwent internally were released as she mapped the shades of her emotions in ink.

M— and I had parted tolerably but the sight of my room was melancholy. I sighed & said to myself, ‘She is gone & it is as tho’ she has never been.’ I was getting very low & therefore sat down to write in my journal…

It is often the work of loving fans or family members that leads to the project of transcribing, editing, and publishing a diary. It was the work of Helena Whitbread that decoded Anne Lister’s story and brought the queer details of her life into the public eye. Whitbread felt an affinity with Lister, having grown up in the same town in England, and took the task upon herself to learn Lister’s code and translate 6600 pages of her journals.

Occasionally, though, there are people who choose to make the inner workings of their life public. Unlike many other diarists, Mary MacLane was responsible for the publication of her own story. About 100 years after Anne Lister, MacLane wrote I Await the Devil’s Coming. At the time she was 19 years old and living in Butte, Montana. The diary begins,

I of womankind and of nineteen years, will now begin to set down as full and frank a Portrayal as I am able of myself, Mary MacLane, for whom the world contains not a parallel. I am convinced of this, for I am odd. I am distinctly original innately and in development. I have in me a quite unusual intensity.

MacLane felt alienated in early 20th century Montana. With no frame of reference for her emotions, she recorded her life in what became an early feminist literary phenomenon.

MacLane’s sense of distance from those around her reverberates in so many queer lives. She wrote of the intense emotions she experienced from seeing the horror in the world around her. She went through life with the feeling that other people were going through the prescribed motions of some code that was not made for her.

I can think of nothing in the world like the utter littleness, the paltriness, the contemptibleness, the degradation, of the woman who is tied down under a roof with a man who is really nothing to her; who wears the man’s name, who bears the man’s children — who plays the virtuous woman. . . . May I never, I say, become that abnormal merciless animal, that deformed monstrosity — a virtuous woman.

MacLane died of unknown causes at the age of 48, once she had faded into obscurity. Though I Await the Devil’s Coming is a diary for all intents and purposes, MacLane declared that it occupied a space of its own. “This is not a diary,” she wrote. “It is a Portrayal. It is my inner life shown in its nakedness.”

Diaries reflect life. There is not necessarily any fictional character or allegory that is gestured toward in a diary as there would be in a novel. They unfold as life does, often unexpectedly; they reflect growth, and once a person dies, they end.

Growing up queer we are sometimes led to believe that every moment in our lives will be defined by our queerness. Reading the thoughts and reflections of other queer people gives new context to queer experiences. The in between moments of list-making and daily reflection are as poignant as the details of desire and romantic sagas. Diaries show the importance of everything that is lived: from existential questions to the little dramas of life.

It is important to note all the experiences which are not reflected by published queer diaries. A majority of the diaries I was able to uncover are by white authors. In the introduction of her book Life Notes, scholar Patricia Bell-Scott writes that Black women’s “diaries and journals have been lost through sabotage, and the desire to conceal has been strongest when the writer has ignored social conventions or taboos. Thus, our personal writings … have rarely been published”.

Though of course there have been innumerable diaries penned by people from intersecting marginal identities, the diaries that have been published represent only a fraction of the queer experience. We have to remember that something like queer history does not progress linearly. There are still so many stories to discover that lie hidden in the past.

A number of those stories have luckily been popping up in popular culture, books, and media more often in the past few decades, but we should continue to seek out a wider array of experiences as part of our collective queer education. The histories of marginalized groups are boundless, which is to say that history is boundless. It only takes the interest of one person to spark the opening of a new world which was previously hidden. As we have seen with the recent publication of We Both Laughed in Pleasure, which came out nearly 30 years after the death of its author, as well as with Lister’s diaries, it is never too late for necessary work to be uncovered, shared, and celebrated. We can only hope that with time the diaries of more people will be discovered which are currently lost beneath the weight of history.

Susan Sontag – A Consciousness is Harnessed to Flesh and Reborn

Lou Sullivan- We Both Laughed in Pleasure: The Selected Diaries of Lou Sullivan

Nadia Niva is a senior at Mount Holyoke College, where she studies the relationship between artmaking and counternarratives of history. She cares most about writing poems, reading books, and having long conversations with as many people as possible.