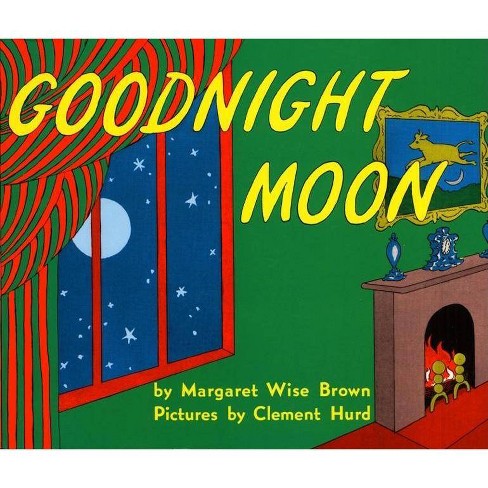 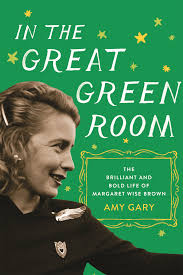 Author Margaret Wise often stated that the inspiration for the great green room, in her beloved children’s book Goodnight Moon, came to her in a dream. In her vision, her childhood bedroom took on the color scheme of her downstairs neighbors apartment, turning red, yellow, and green.

If you look no further, this appears to be a perfect illustration of Brown’s approach to writing, a practice which involved donning a childlike perspective. But if you wade deeper into the author’s life- as Amy Gary did in her 2017 biography In the Great Green Room: The Brilliant and Bold Life of Margaret Wise Brown you’ll find another green room: Brown’s New York City apartment, gifted to her by her lover, actress, and poet Blanche Oelrichs, who was known by her nom de plume, Michael Strange. While Brown was writing her magnum opus of children’s literature, she painted her own gifted bedroom green and yellow and covered her poster bed in red velvet.

Brown’s new apartment mirrored her famous children’s book. The book’s plot also mirrored Brown’s nightly childhood ritual of saying goodnight to the objects in her bedroom; in the book an anthropomorphic bunny’s recites a “goodnight poem,” a lilting rhyme which addresses a red balloon, a picture of the cow jumping over the moon, a young mouse, and a bowl of mush; the bunny uses the poem to send them off to sleep.

Born in 1910 in Brooklyn, NY, Margaret was raised in a wealthy household by parents that supported her intellectual curiosity. In 1932, after receiving a bachelors in English, Brown worked as a teacher in Manhattan. It was during this time that she began writing books for children. From a young age, Margaret dreamt of becoming a writer, with literary idols like Gertrude Stein. And, buoyed by familial wealth, she was able to pursue this dream even as the world around her plunged into The Great Depression and the Second World War.

The relationship was never truly a secret. During her divorce from John Barrymore, an exposé even dubbed Michael the “Sappho of Long Island”, forcing her to go temporarily “incognito” for fear of social ostracization. External and internal homophobia coloured the couples relationship. In letters, Michael “insisted” they use coded language. As Gary writes, “At times, they attached emotions they had for each other to their dogs or had imaginary characters speak for them in their letters. Michael’s was Rabbit and Margaret’s, Bunny.”

Although each professed their love for the other, Michael’s temper and jealousy of Margaret’s career drove a further wedge between the pair. And, when Michael was diagnosed with leukemia, she blamed it on her relationship with Margaret. Nevertheless, Margaret cared for Michael through her illness, bringing bouquets to her bedside and keeping “vigil” outside of her hospital room, even as the doctor “forbade” her from holding Michael’s hand as she passed away, calling out for Margaret.

Gary’s biography is not limited to Michael and Margaret’s relationship, yet the narrative is familiarly queer. Facets of their relationship echo throughout our shared cultural history. In their coded letters featuring Rabbit and Bunny, I’m reminded of Arnold Lobel’s Frog and Toad, the series of unmistakably queer children’s book first published in 1970, nearly 20 years after Margaret’s death. And one does not have to look far for stories of queer people barred from their partner’s bedside.

But like Margaret’s writing style—Goodnight Moon was not acquired by the New York Public Library on account of it being too progressive—her love life was ahead of her time. And despite her extensive journals which account for much of her life, I can’t help but feel that aspects of Margaret’s identity remain veiled.

One of the pitfalls of Amy Gary’s biography is that, despite the novelistic style based heavily on Margaret’s own writings, she is limited to the author’s own vocabulary when talking about her sexuality. I wonder, how would Margaret have conceptualized herself in a more accepting society? Having had passionate relationships with both women and men, including her fiancé, James Rockefeller Jr, would she label herself bisexual? And would she recognize aspects of her own childhood—like her longing for something beyond marriage and her dismissal of male partners as fun but unengaging—not just as quirks but as part of her sexual orientation?

I could speculate until the cow jumping over the moon comes home, but the truth of the matter is that I’ll never know. Instead, I’m reveling in what I do know. Margaret Wise Brown was unafraid. She planned to write a book about her relationship with Michael. And she was a fierce lover. After Michael’s death, she read from her poetry collection every morning, to keep her memory alive. Margaret Wise Brown was a pioneer. Her “here and now” style of writing changed the landscape of children’s literature and conceptualized women as equals. I’m hardly surprised such forward-thinking, feminist writing came from a queer woman, but the fact that there is a queer love story behind my favorite nursery board book is worth celebrating. Now, when I remember Goodnight Moon, often described as an “incantation,” I’ll address the other inhabitants of the great green room.

'The Thousand-Petaled Lotus: Growing up Gay in the Southern Baptist Church' & 'Queer Clergy'
'When We Rise: My Life in the Movement' by Cleve Jones
A Look at Bisexuality in Science Fiction

Lizzy Lemieux is a Senior at the University of Pennsylvania.