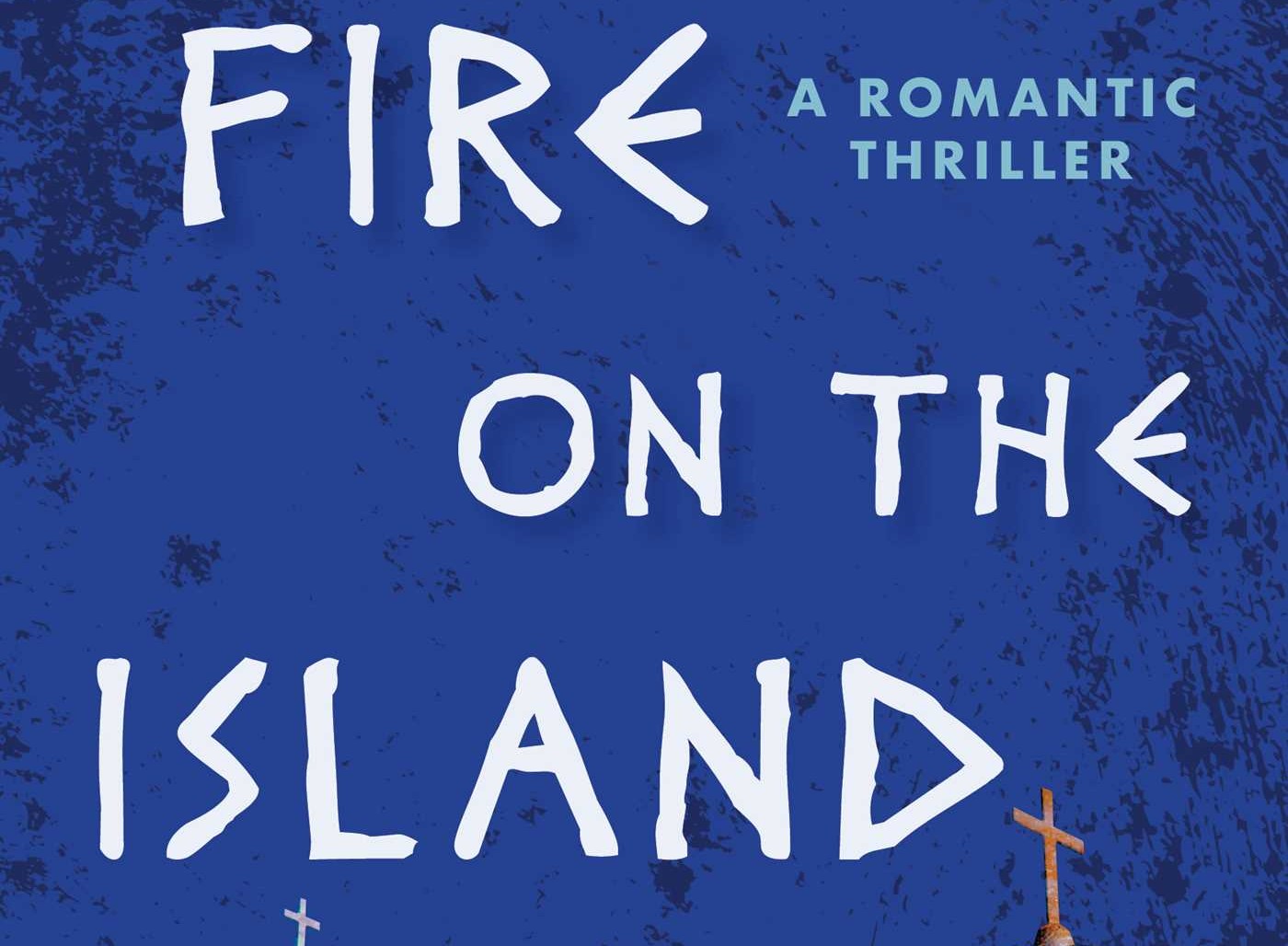 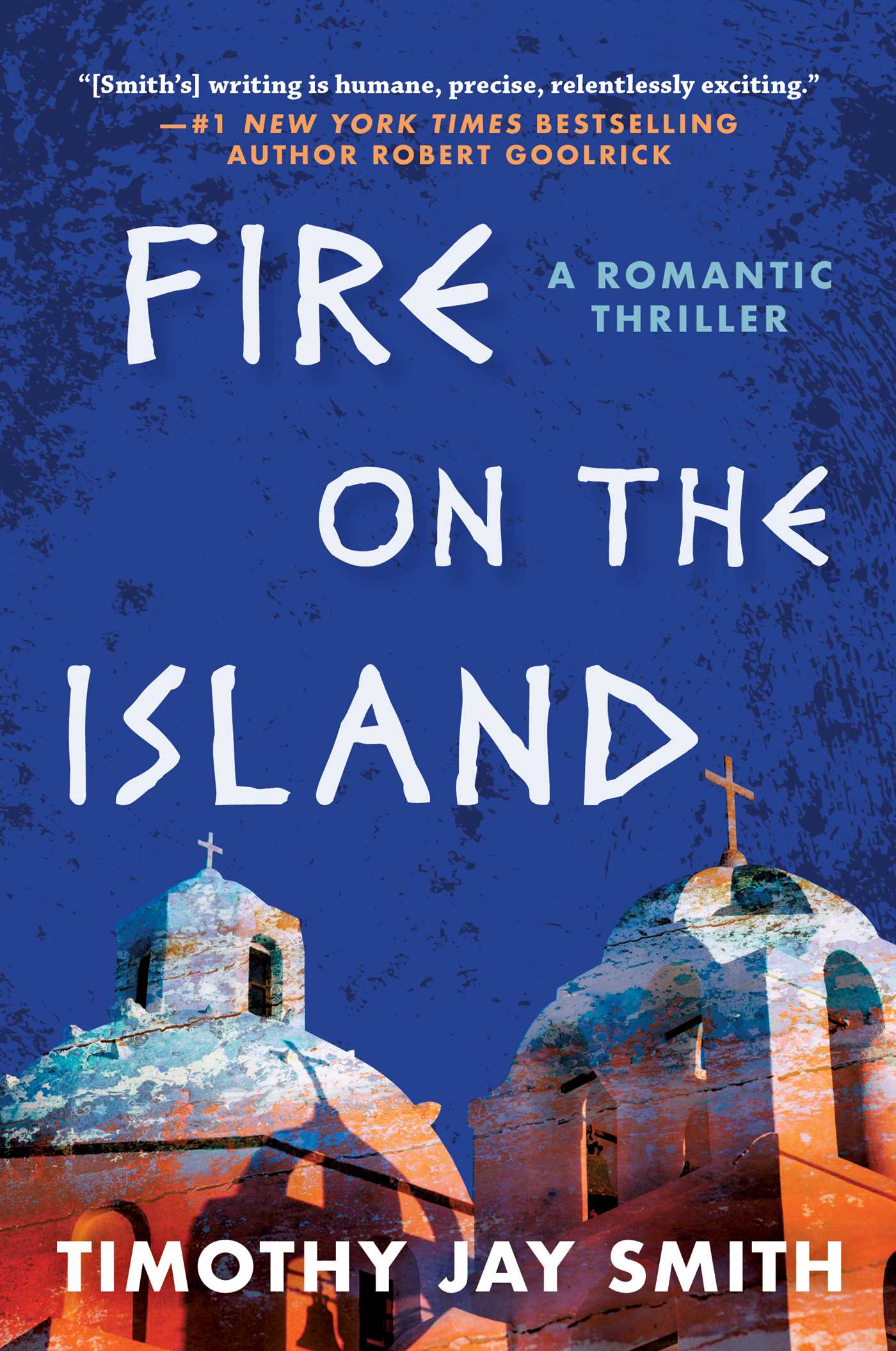 As we shelter in our homes from the pandemic, the heat, the fires (if you are in California), mourning our cancelled summer plans, we depend on reading to transport us to different places. Timothy Jay Smith’s Fire on the Island: A Romantic Thriller follows a gay Greek-American FBI agent Nick Damigos to a gorgeous town in the Greek islands called Vourvoulos to investigate a mysterious arsonist. More than the mystery of who’s setting the fires and why, Smith creates a sensitive portrait of a small Greek community set against the refugee crisis and Greece’s suffering economy. It’s the town itself—a chorus of voices—that is the most compelling character and our reason for “traveling” to Greece.

Stationed in Athens, Nick is sent to Vourvoulos to investigate a series of destructive fires, which although not deadly yet, continue to threaten the town, particularly the town’s large fuel tank, which if ignited would be catastrophic. Unusual for mystery fiction—and specially for thrillers—Smith writes from a third-person omniscient point-of-view, entering the minds of a large cast of characters, including a young local couple, Athina and Ridi, who are stumbling their way into a committed relationship; Dimos Elefereos, Vourcoulos’s mayor, who is appealing to Athens for the funds to move the fuel out of harm’s way; Father Alexis, an unscrupulous the local priest, who wants the same funds to save the crumbling bell tower of the local church; Koufos, a homeless deaf (perhaps also mentally challenged) boy who understands more than many realize; Vassoula, the town seductress whose true love Omar went missing; and her brother Takis, who is young, gay, and troubled—and also who Nick is falling for.

This novel doesn’t move like a thriller, as the subtitle suggests. It doesn’t have that breathless narrative drive and imminent threat of danger. It operates like dramatic collage, more in the realm of literary fiction, giving the story a rich sense of place and revealing the island’s different strata, from humor to playful eroticism to darker layers—hypocrisy, bigotry, shame, and rage. In one regard, it’s an investigation into a series of arsons, but often that investigation gives away to narrative threads that feel relatable, intimate, and deeply human. Many of these characters are struggling to survive economically, particularly with the threat of mass immigration from the Middle East; they are struggling to find ways to love each other properly; and they are struggling to love themselves and their home.

Although the arson investigation recedes at times, it resonates thematically from start to finish. Many of these characters have had their lives altered by fire. Some of them have lost precious property. Some of them have lost loved ones. In Nick’s case, scars from a childhood incident, have made him lose confidence, particularly in his physical beauty. For that reason, fire becomes a symbol for these character’s unresolved issues, their buried emotions. The arsonist, by increments, seems to be forcing them to confront those issues. The town must confront itself to avoid destruction—a concept many of us can relate to these days in the US.

At first glance, Smith offers us a sojourn into a quaint Greek community threatened by a diabolical arsonist, but what we get is something quieter, more complex, and more universal.

“Too bright/ is the heaven I’m after”: A Review of Celeste Gainey’s 'The Gaffer'
‘Oddly Normal: One Family's Struggle to Help Their Teenage Son Come to Terms with His Sexuality’ by ...
‘Seriously…I’m Kidding’ by Ellen DeGeneres