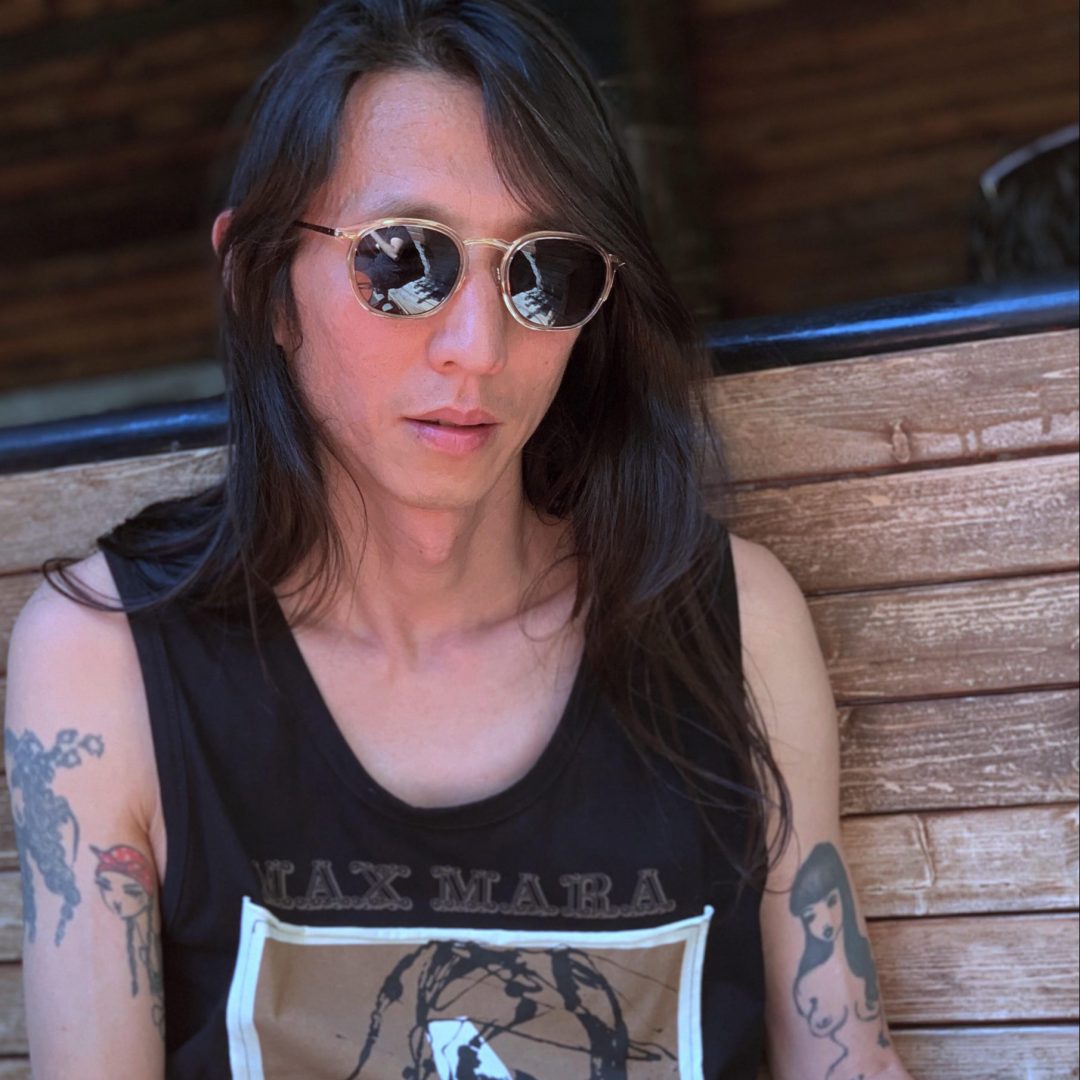 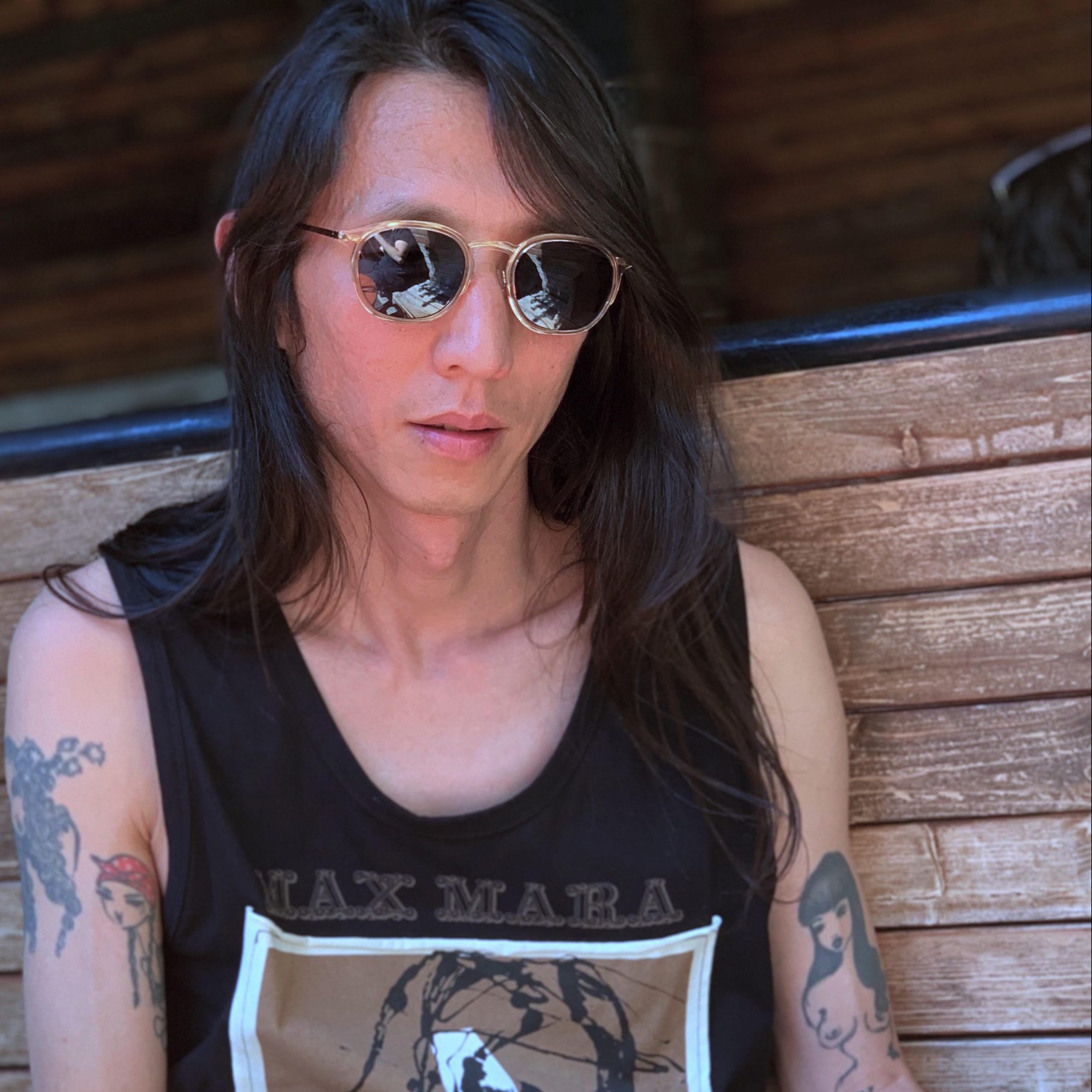 Neotenica trolls desire like a twitter thread but it reads with far more presence and vulnerability. This novella, the third work of fiction by Joon Oluchi Lee is a hot read of the mundane as characters encounter one another in details glowing under blacklight. Told in vignettes, the narratives pivot around the only named character: Young Ae, a Korean born ballet dancer and kaleidoscopes through her straight, though gay-cruising, Korean American husband; his hook up; her hook up; a flirtation; a dog; a child. It is a book meant to be answerless and a temperate tangle but the impressions left unearth sensation and possibility through embracing femininity and altering —craft-wise and desire wise—where a climax can be.

Talk to me about Neotenica’s inception. How in holy hell did this come to be?

Neotenica began as a book about my mother. I imagined it as The Joy Luck Club on crack. But as I got on in writing a few pieces, and particularly bits about my father (my parents are divorced) I found that I didn’t want to write that story; I knew the ending, and it was just the wrong combination of traumatic and boring.

So I started down a different path, which was to use my mother as a kind of second skin with which to explore my own psyche as a femme gay male person: if my mother lived my life in the early 2000’s, how would she shape herself and those around her? But there is also a second prong of the book’s origin, just as important, and it’s more form-oriented: in Young Ae’s husband, I wanted to create a male character, a “guy” who is just really charming.

Something I love about each vignette or chapter in this book is that the “climax” is never where you expect it to be. Sometimes it is even told in a way that refuses climax like the first vignette, which includes Young Ae’s husband getting beat up on the Bart, and then refusing to give details about the men who beat him up to the police who later call him a faggot. This book resists the manipulation of weighing one moment of an event over another AND it sometimes puts weight on the thing you don’t expect. Can you talk about your relationship with narrative structure?

I love what you say about weight because that is really how I think about narrative structure: balancing different masses of events and feelings. I have a pretty material sense of a story, in that I think about it as a little object, a little statuette whose shape is determined by the distribution of little pockets of weighted sentences and I imagine the reader kind of holding the thing, handling it round and round in the hand of their brain. This might be because I’m not a huge plotter myself. I love big plots—I grew up on big soap operatic romance novels and detective fiction and still love those as a reader—but as a writer, I like to think about narration as more like a piece of choreography. I’m more interested in the rhythm created by pockets of emotion, which are of course produced by “events” but in my case, probably more by description. So when I’m structuring a plot, I’m thinking neither about being sequential nor surprising, but really anchoring and jump-starting with really specific feelings.

I’m stimulated by your use of point of view. We are often in a close third person that, because of the precise verbs and heightened details, becomes eerily intimate.

There are two moments in first person: the white guy who Young Ae’s husband hooks up with from craigslist and briefly Young Ae’s husband (at least, I think). The white queer has a sudden possessiveness in his language of desire, to put Young Ae’s husband “behind glass where he won’t get dusty or chipped.” Does first person point of view have a relationship to power? How do you think about intimacy or authority as you look back on Neotenica and its characters?

Intimacy is super important to me, both as a subject I want to explore and as a narrative form, so you hit upon something that is, for me, really at the center of what I want to accomplish. I’ve been a big diary-writer ever since I can remember—probably around five or six years old when I nagged my mother into buying me a little diary with a little lock on it (I think it was probably My Melody or Hello Kitty), so first person narration is a foundation. I’m not sure if it has to do with power—the white guy’s possessiveness, I thought about certainly in terms of specific blindspots he has about race, in the way he thinks about himself in relation to not just Young Ae’s husband but his own Japanese-American boyfriend. But actually, I think first person narration is a voice of vulnerability rather than authority. It seems like authority because the first person narrator is controlling what he’s revealing to the reader, but that allows the reader to read into the all the unsaid edges of his behavior, not just as character but as narrator, which is an extra dimension of revelation. In the white guy’s case, I wanted to use first person to get into his mind and heart to just reveal all the dumb but not malicious stuff he holds about sex and race. To expose to the reader those limitations directly is to kind of rip the skin off. On the other hand, third person narration is a kind of wall that affords the character her own privacy, her integrity as a person.

I wanted to be sure to not give Young Ae a first person narrative, because she is the pivot of the whole thing, and I felt like the reader should not have all access to her. As a third person narrator, I want to get up really close to the subject, like a gnat, as close as possible, but then to be repelled or rejected by the character herself—to be told off by her, to be slapped away by her—is an important part of the ethics of creating a fictional character.

Young Ae’s husband appears to have a nonchalant security in his gender and his sexuality: he is a top with a “dainty penis” that gets hard like a lozenge, he has facial features that are almost wasting and yet a burlyness and a masculine funk wafting off of him. Their son, also seems to have an easeful femininity and there is that beautiful scene where Young Ae watches a bigger boy physically dominating and embracing her son–a not quite sexual but romantic nuance to their budding power play. Andrea Long Chu posits that everyone is female and everyone hates it but in Neotenica all the characters might be female but I don’t think they hate it. I know you have written about feminine boyhood and the racialization of topping. How do you see this at work in this book?

Well, first, I’m so gratified at your description of Young Ae’s husband! As I said, with him I wanted to create a male person who is charming, but the charm is (for me anyway) exactly in the balance of frailty and “burlyness” and “masculine funk.” The way that race acts as a component of sexuality and gender—that is something that I have indeed written and worked on as a queer and feminist theorist, and it did inform the way I thought about both Young Ae’s husband and son.

Obviously, those male characters don’t have names because I wanted them to be experienced as extensions of the female character’s femininity. So you are definitely right: my characters are female but they like it. Someone like Andrea Long Chu, they view femininity as a metonym of abjection, and I’m the opposite; I speak as someone who was rescued from abjection by totally embracing femininity. I’m also a child of 90s queer identity—I don’t believe being a “top” is male or masculine nor is being a “bottom” female or feminine. I think sex and identity is more fun and actually closer to how we actually experience it, when femininity/ masculinity is disconnected from catching/ pitching. In 1998 Alice Walker wrote: “She wants her grandsons to know this kind of power over a woman, or a boy. It is the only power over others she wants them to have. The power to give pleasure, ruthlessly, and to leisurely take it.” Walker’s sense of power and pleasure is something that really influenced me—not just as a writer but as a sexual being, in the flesh.

Paul Legault: Russian Pineapples and the 2000 Years
Alex Gino on Writing Trans Middle-Grade Fiction
'Before I Begin' by David McConnell